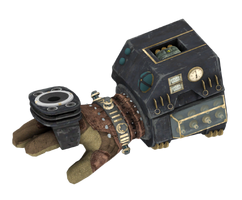 它可以攻击595次 from full condition before breaking.