Johnson's Acre is a location in the Savage Divide region of Appalachia in 2102.

When the Great War occurred, Johnson's Acre was being used by a hunter named Adam. He saw a mushroom cloud off in the distance in Virginia from the cabin's window. Knowing that he would eventually run out of supplies, Adam decided he would need to make his way to Charleston to scavenge what he could.[1] At some point after Adam's departure, raiders took over the area surrounding the retreat, though they died to hostile wildlife before 2102.

This cabin looks over the southern edge of Appalachia and can be inhabited by different creatures including feral ghouls, mole rats or wolves. A cooking station, weapons workbench, brewing station and water pump can be utilized outside. Lead ore can be collected from at least four lead deposits northeast of the house.

Inside is a bed and various containers that can be looted. A pumpkin pie sits in the oven near the door. The top of the eastern rocks has three dynamite plungers that, when activated, send skeletons flying off into the distance.

Johnson's Acre appears only in Fallout 76. 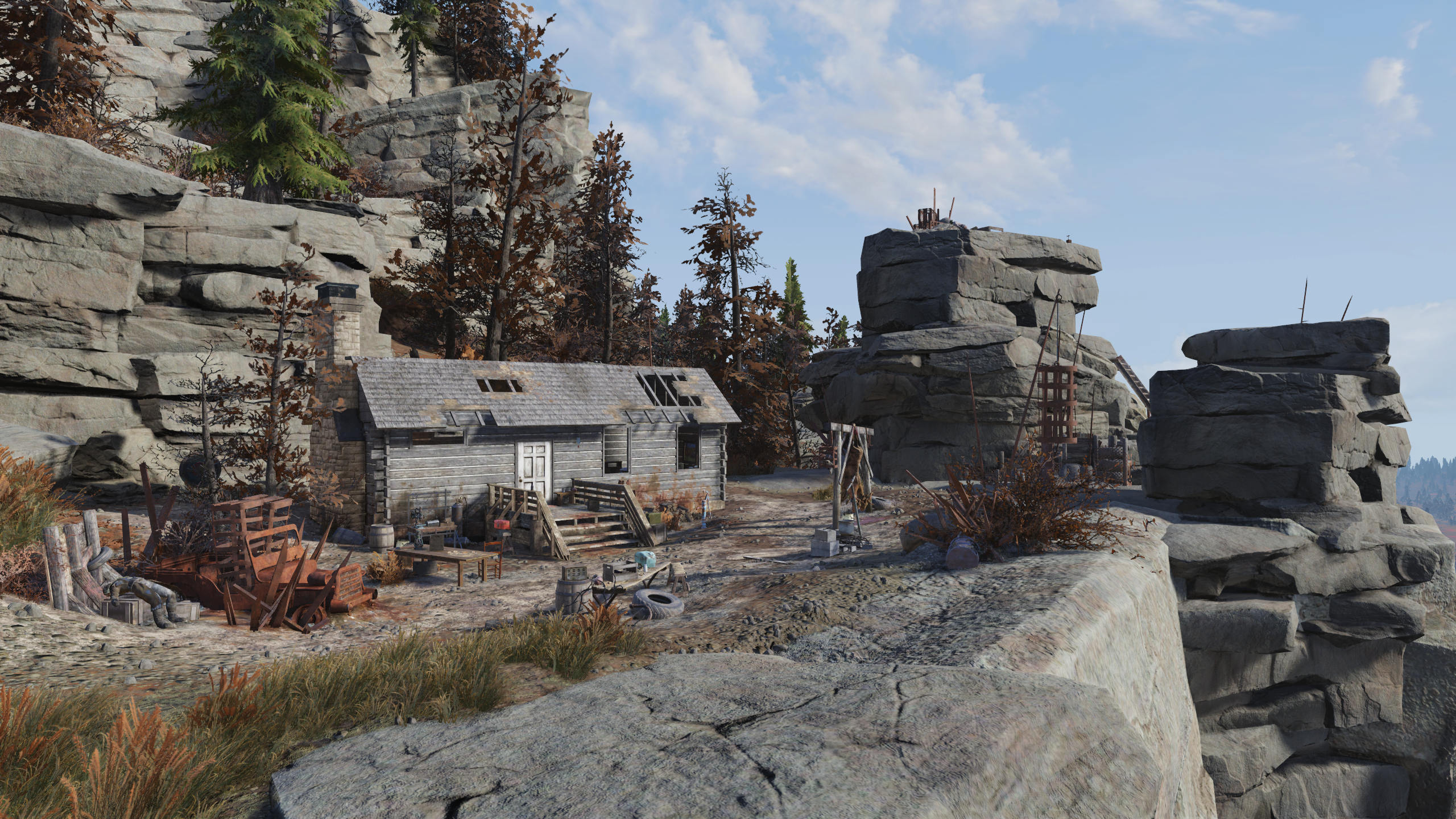 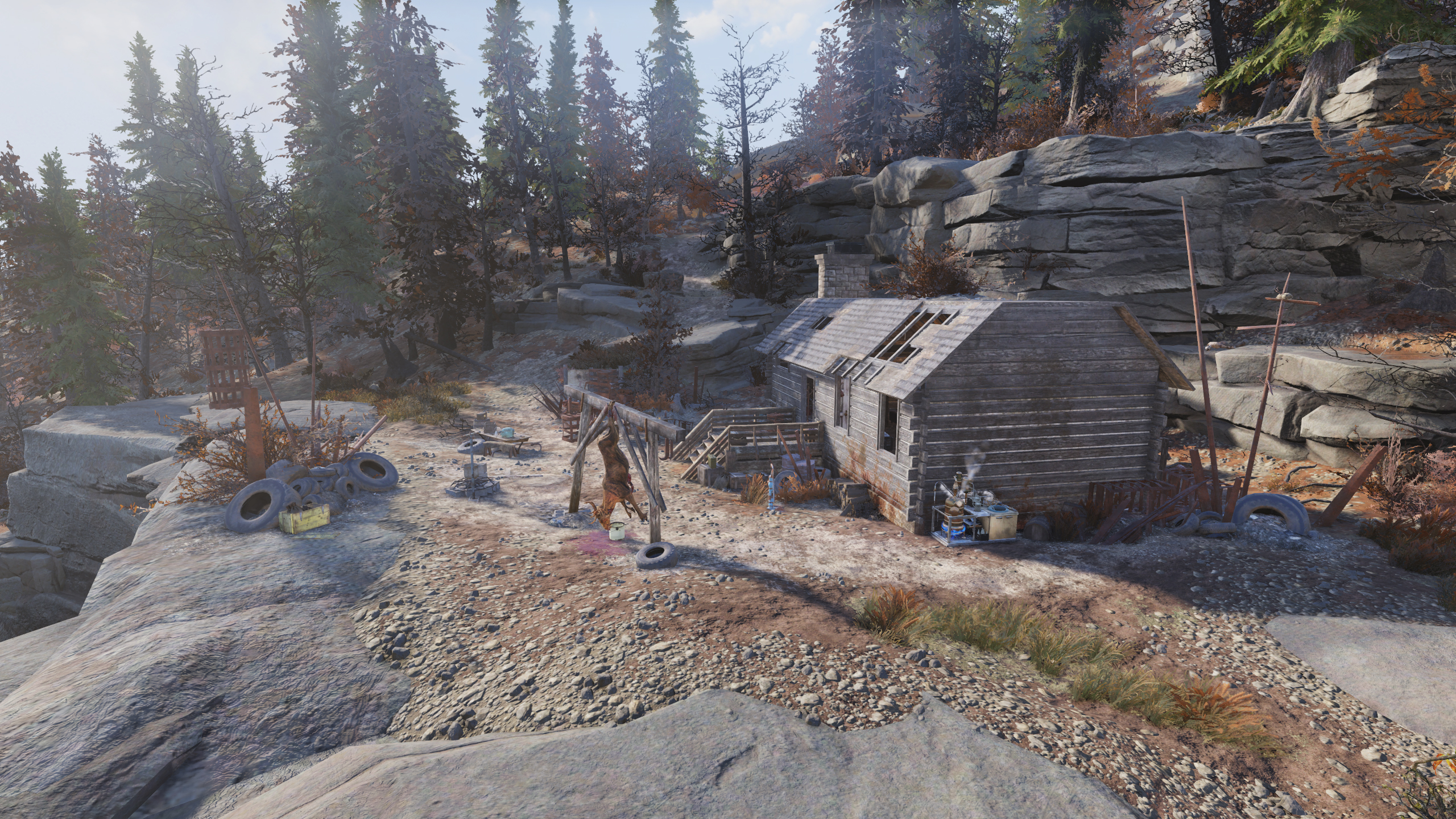 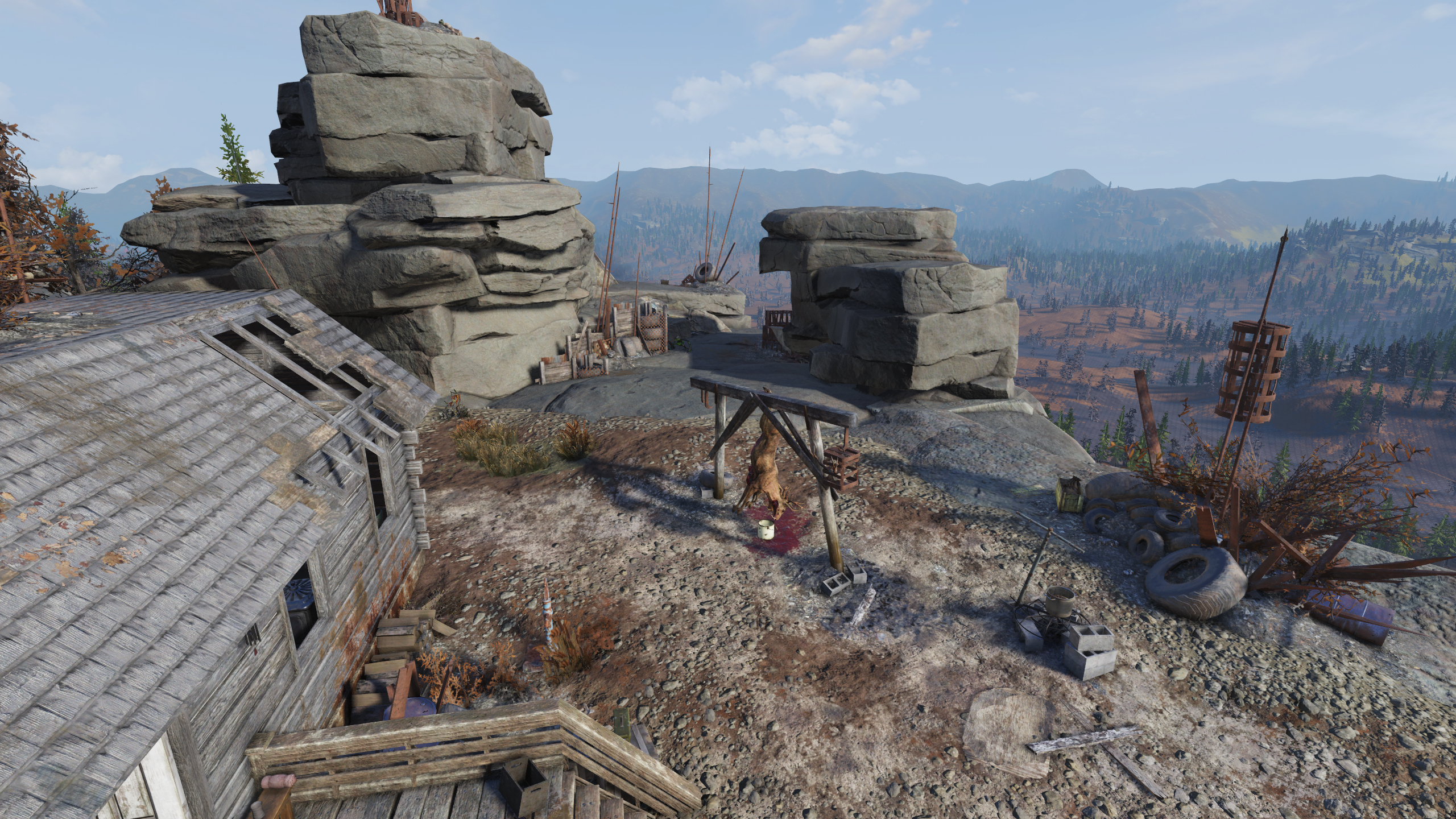 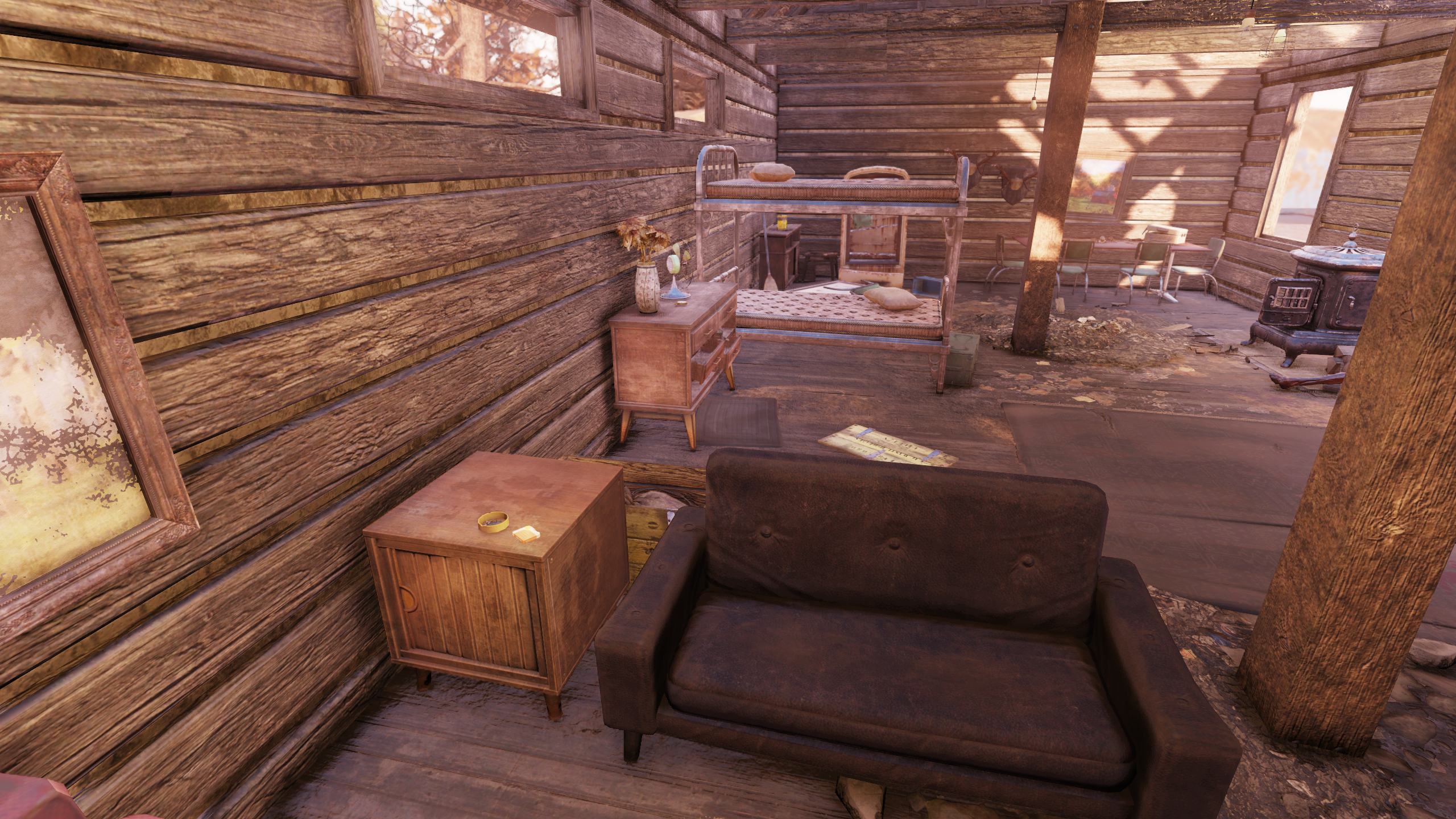 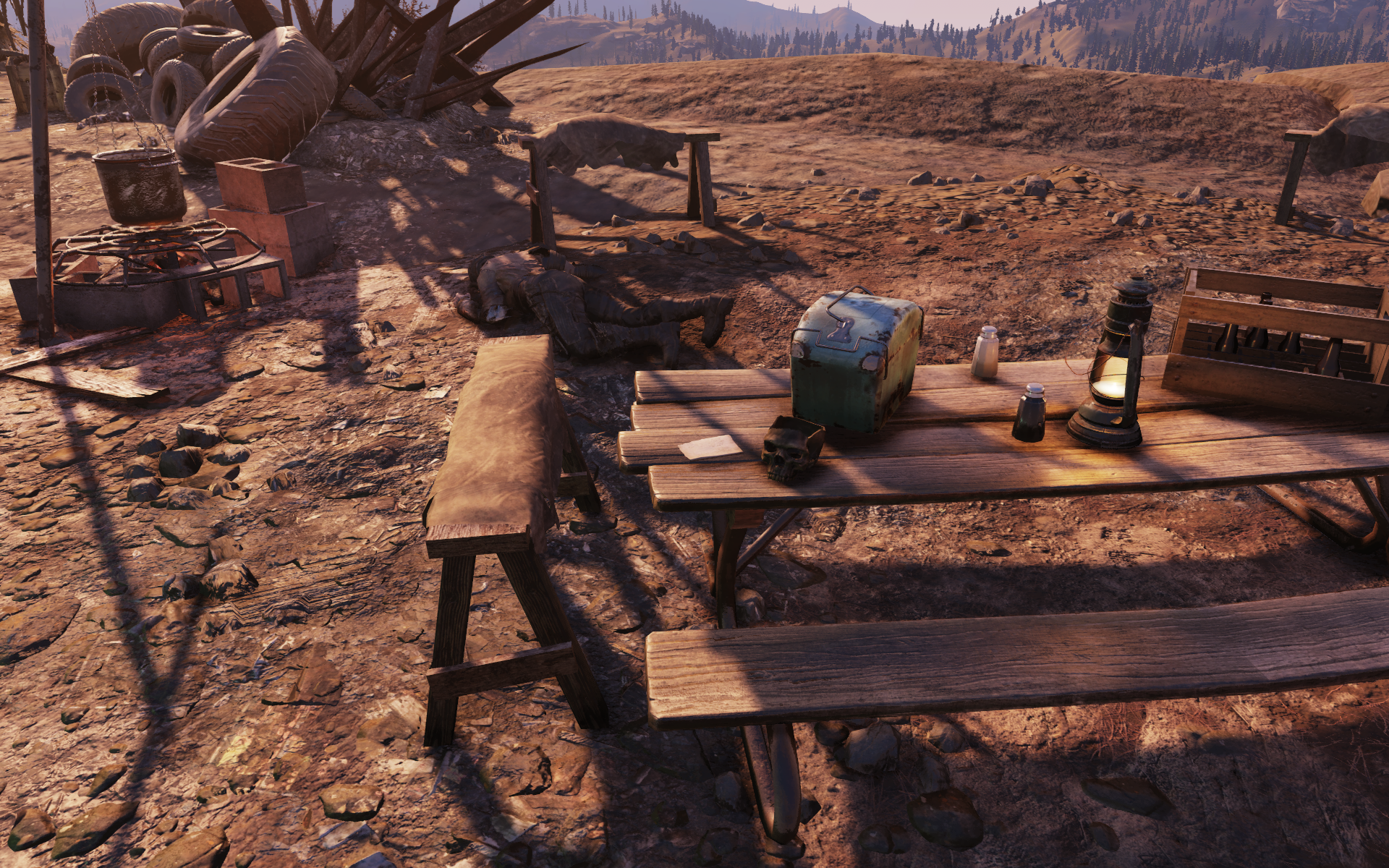 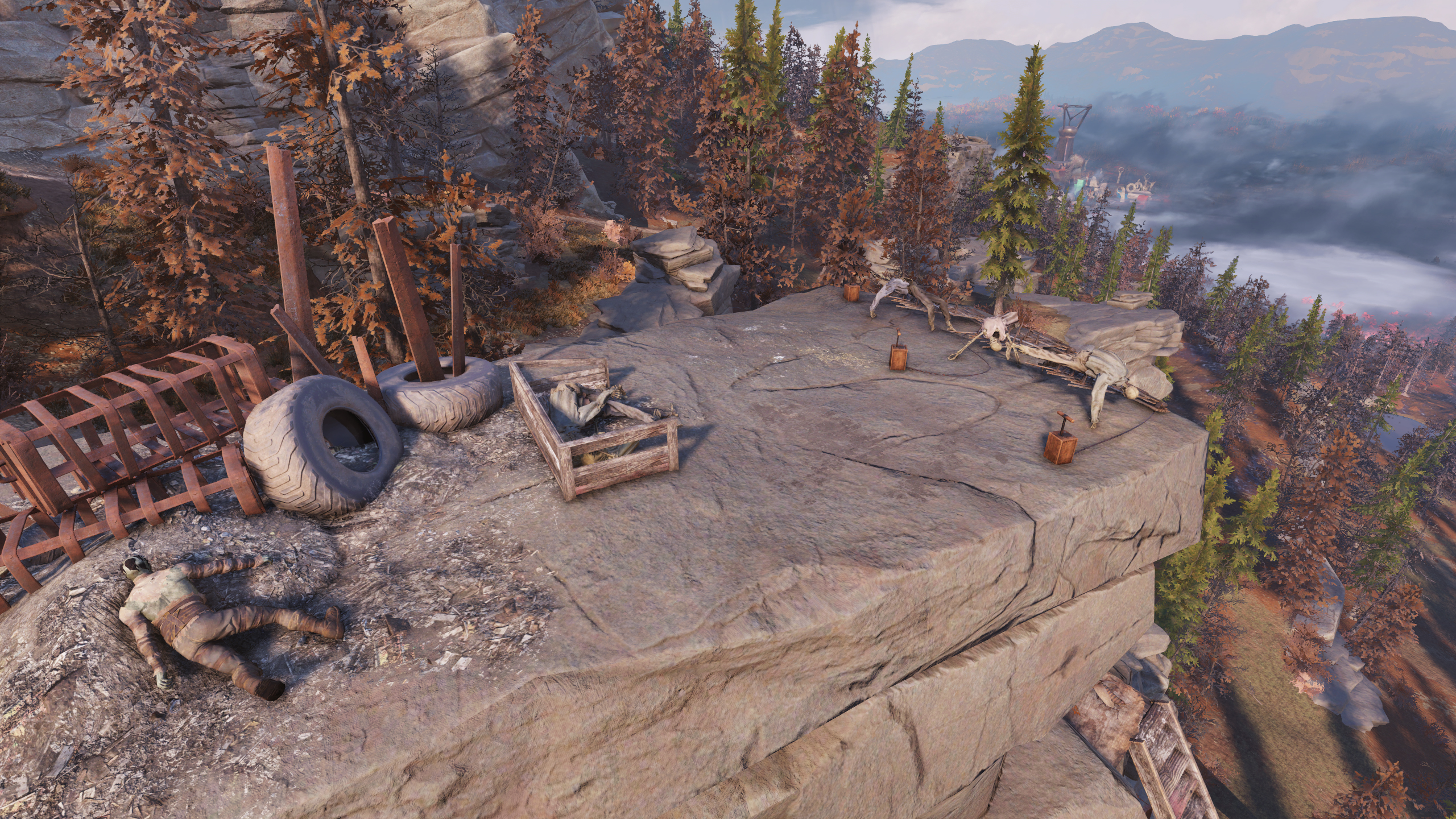 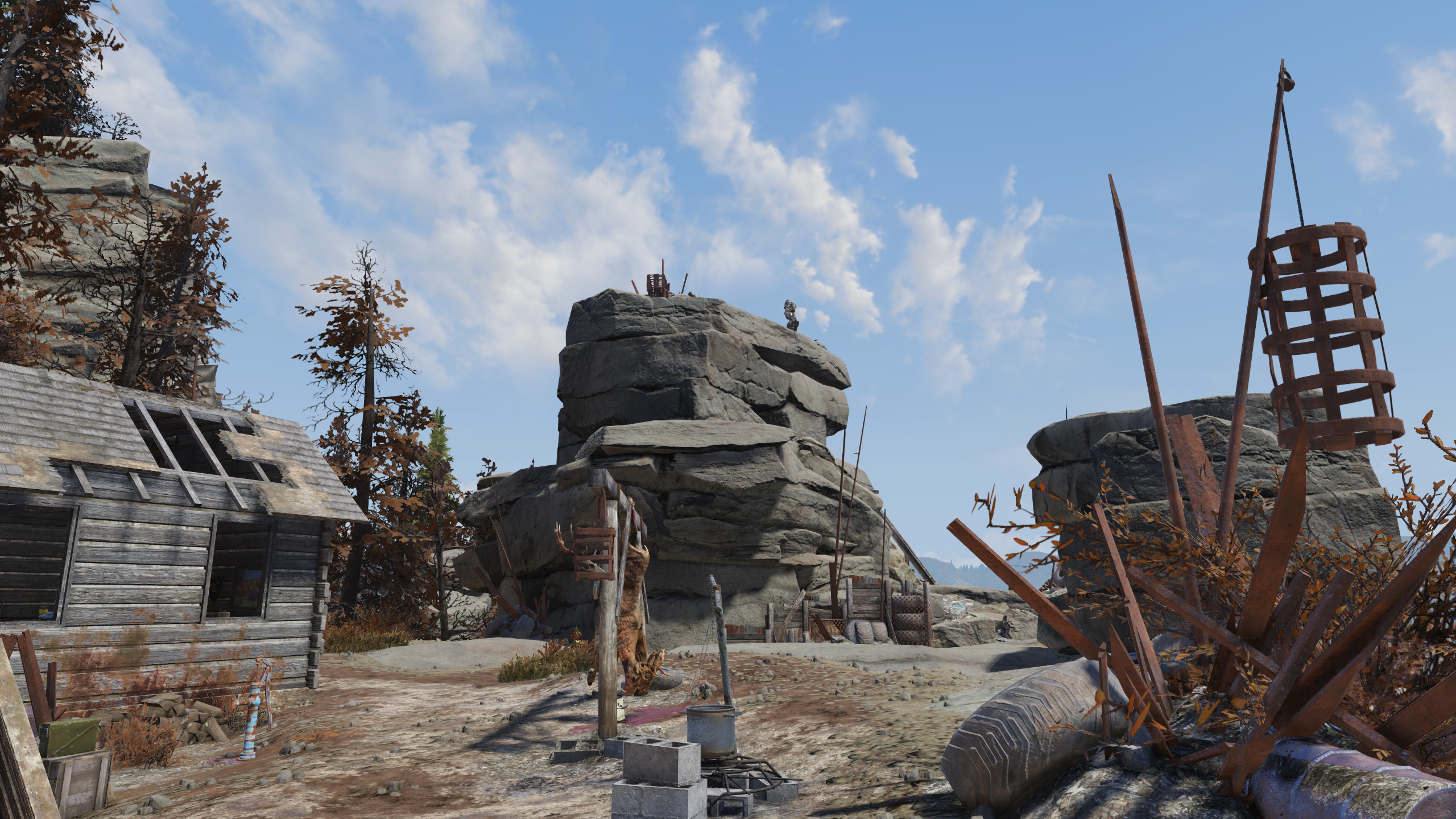