The following system is used to determine generic random encounters on the world map.

First, the game identifies which tile or map cell the player is located in. The location determines:

For reference, the letter and digit codes used to select encounter tables listed below have been included in the map to the right. A separate image, showing the specific cells affected as colored areas is included below.

Next, the game calculates the actual encounter using the values from the lower table. These are percentile chances for an encounter of a given type.

Some perks may modify the odds, reducing the occurrence of bad encounters and increasing the incidence of good ones.

All encounter tables are specified by scripts (see here for script dumps). Each script also includes two universal checks: Bounty hunters and the Mysterious Stranger. Note that all cap spawns are tripled with Fortune Finder and ammo is doubled with Scrounger. 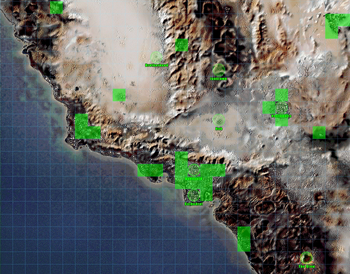 The coastline after the Great War. 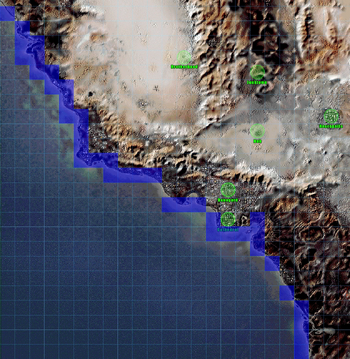 The majority of deserts in New California, away from inhabited territories. 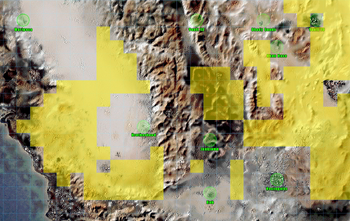 The desolate deserts to the far southeast, and fragments of the coastline. 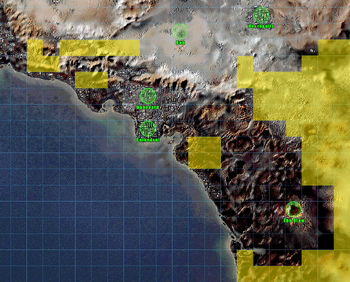 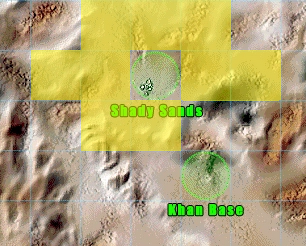 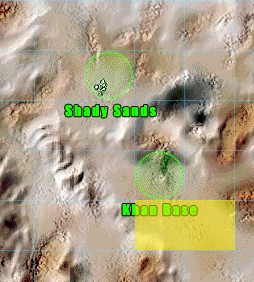 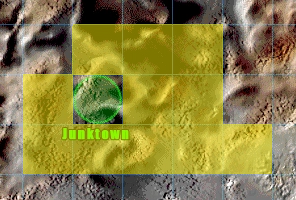 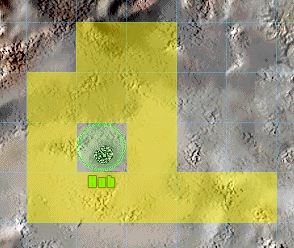 Deserts around the city of Bakersfield. Frontier controlled by the Brotherhood. Unknowingly edges into Unity territories to the northwest. 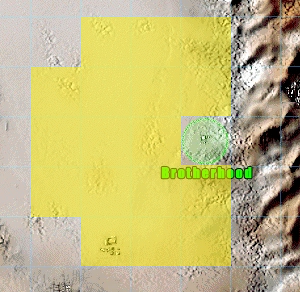 The stretch of Californian Central Valley patrolled by the Unity. 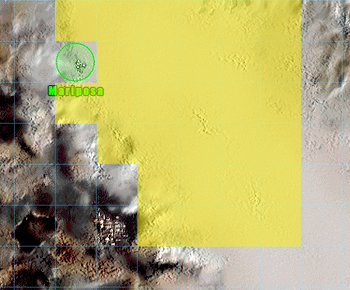 Deserts to the east and south of the Glow. 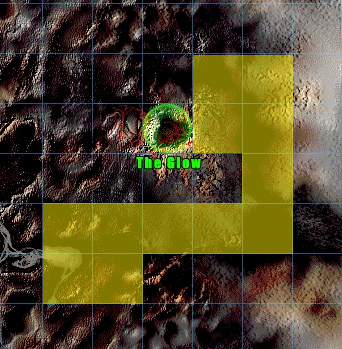 The deserts surrounding the remnants of Los Angeles Boneyard. 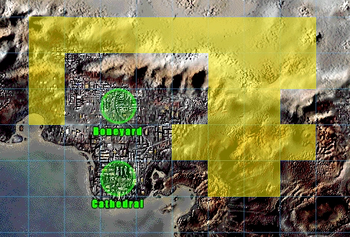 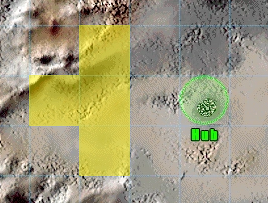 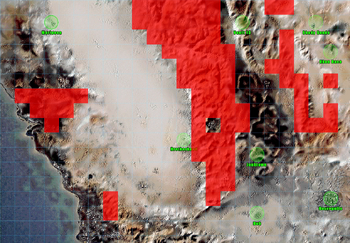 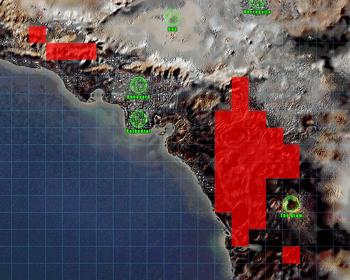 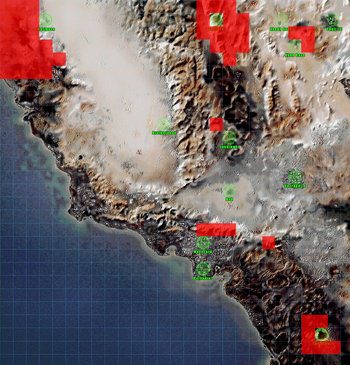