The abandoned bog town is a location in the Cranberry Bog region of Appalachia in 2102. It is a public workshop with claim and defend event quests.

Abandoned Bog Town is the remains of a small town on Route 65, whose main attraction was the Red Rocket gas station that allowed travelers to refuel before continuing on their journey. Many houses inside the town are inaccessible, having been deemed as condemned. After the Great War, it grew in size due to a village of wood and metal shacks located behind the main string of buildings, of which a group of raiders were based out of. The raiders primarily spent their time raiding the nearby city of Watoga,[1] while some experimented with chems[2] and traded. In time, a decrease of travelers to steal from caused the raider town's prosperity to diminish.[3]

Running through the town is Highway 65. On the West side of the highway, there is a police station, bus station, and an abundance of shacks, broken houses, warehouses, and trailers. One warehouse to the northwest belonged to Scott Turner. On the East side of the highway is the workshop, more shacks, a 3 story brick building (3rd floor only accessible through roof elevator entrance), and most of the workshop's resource deposits.

Abandoned bog town is a claimable workshop. There are lots of notes and holotapes throughout the small town, as well as workbenches, and a stash box inside the south Red Rocket station. The building in the center of town has a floor full of phones, typewriters, and other loot - only accessible through the elevator at the top or the hole in the floor.

The town itself stretches along Route 65, which divides it sharply into two halves. The western half if further divided by a road running down the district. Clockwise, from the bus stop in the north, players can enjoy the ruined houses that line Route 65, a police station, a trapped, destroyed caravan in the south, and burned-out chem trailers and an old warehouse in the southwestern corner. The most notable location is a small trailer parked inside a garage in the northwestern corner, which was the home of Scott Turner, the Watogan saboteur.

The eastern part of the town is in slightly better repair, though not by much. From the north, it includes condemned housing, a derelict diner, an old office building that, together with the adjacent shantytown, made up a raider stronghold once, and finally, the old Red Rocket gas station with the player's stash and an old trailer.

The workshop is in the back of the brick building and covers a rectangle area bounded by Route 65, the northern edge of the brick building, the creek a short walk east, and roughly the tinker's workbench down south. The available resources are: food (7), water (3), concrete (3), silver (1), gold (1), acid (1) and oil (1).

The abandoned bog town appears only in Fallout 76. 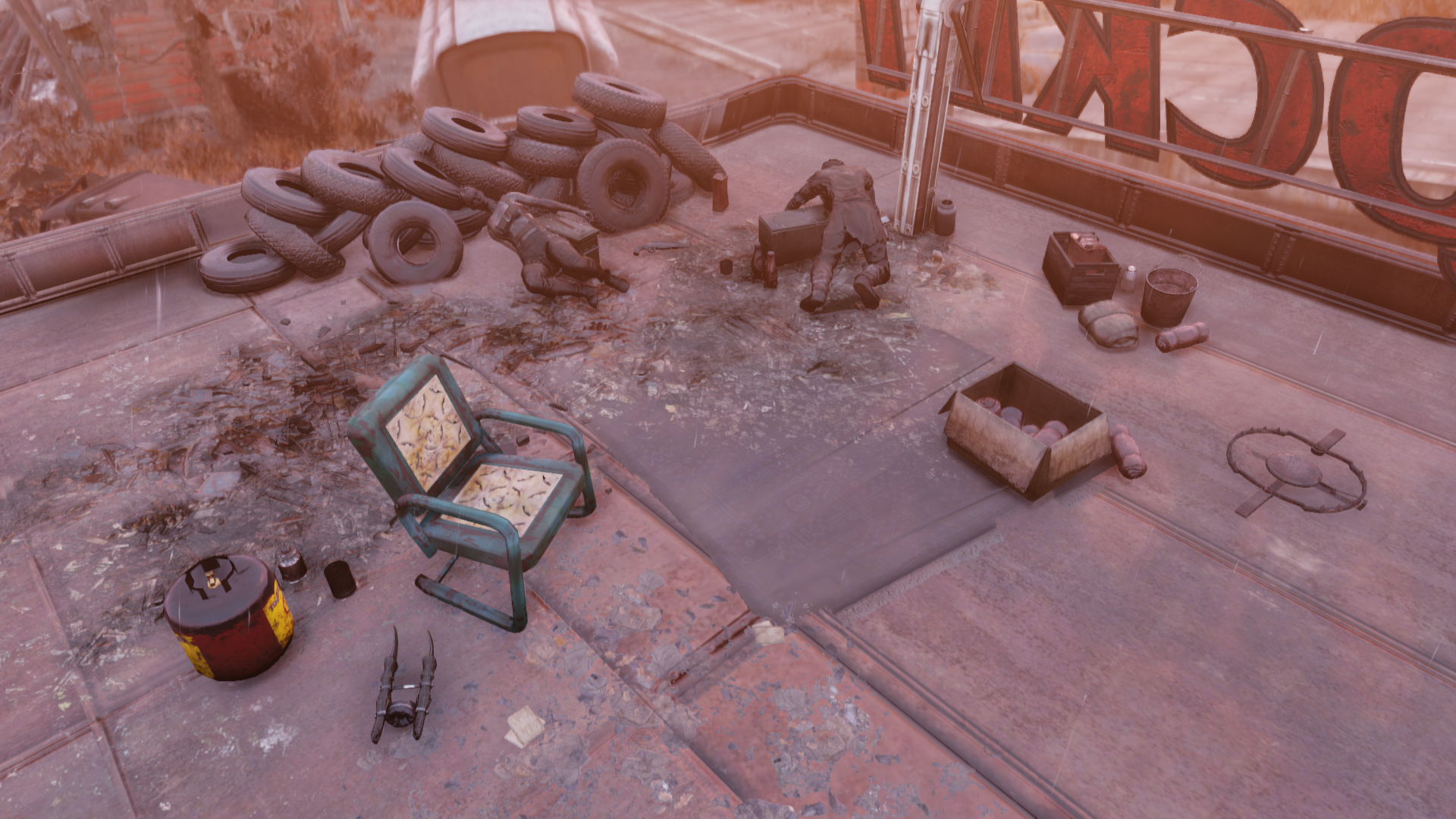 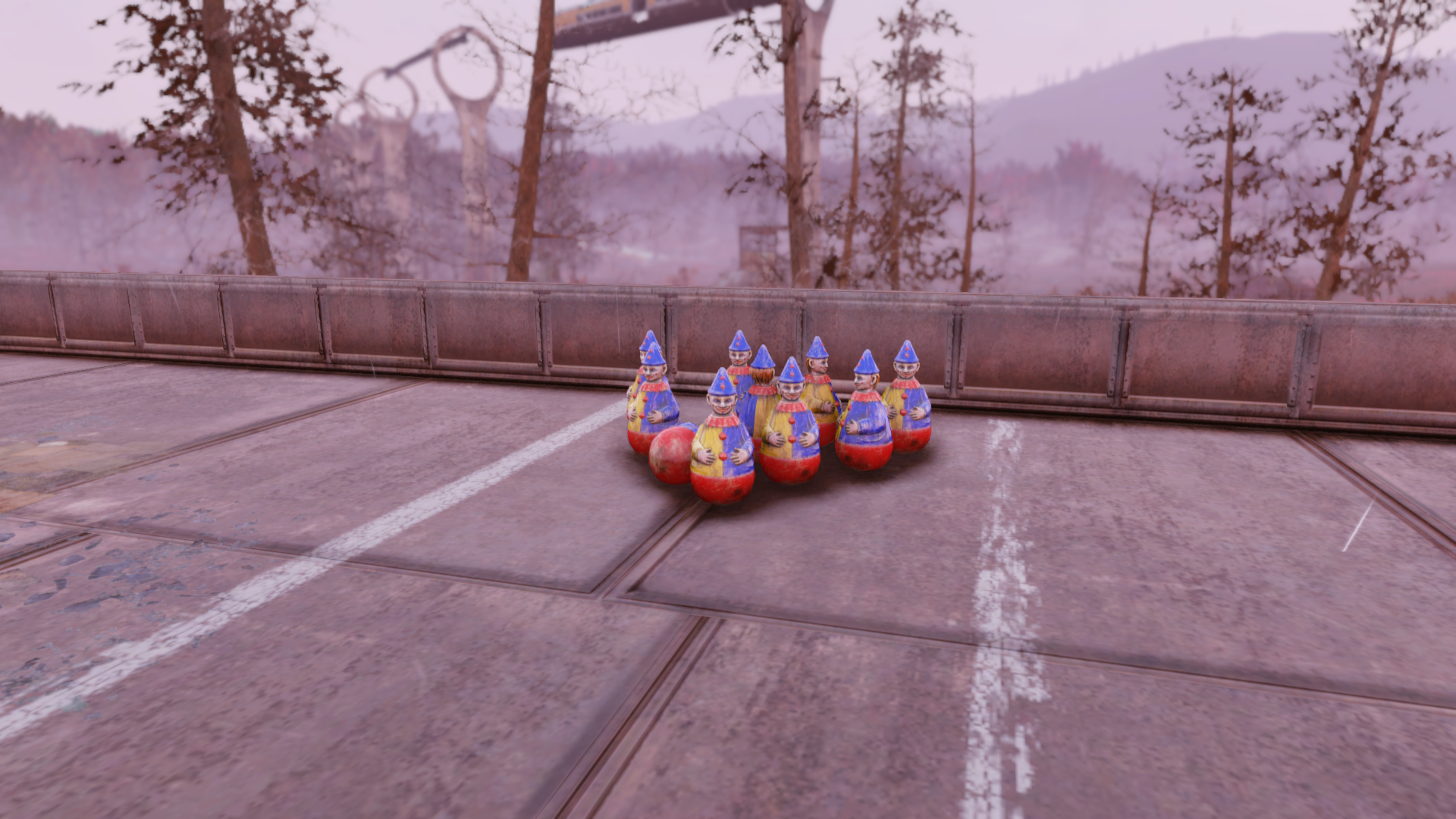 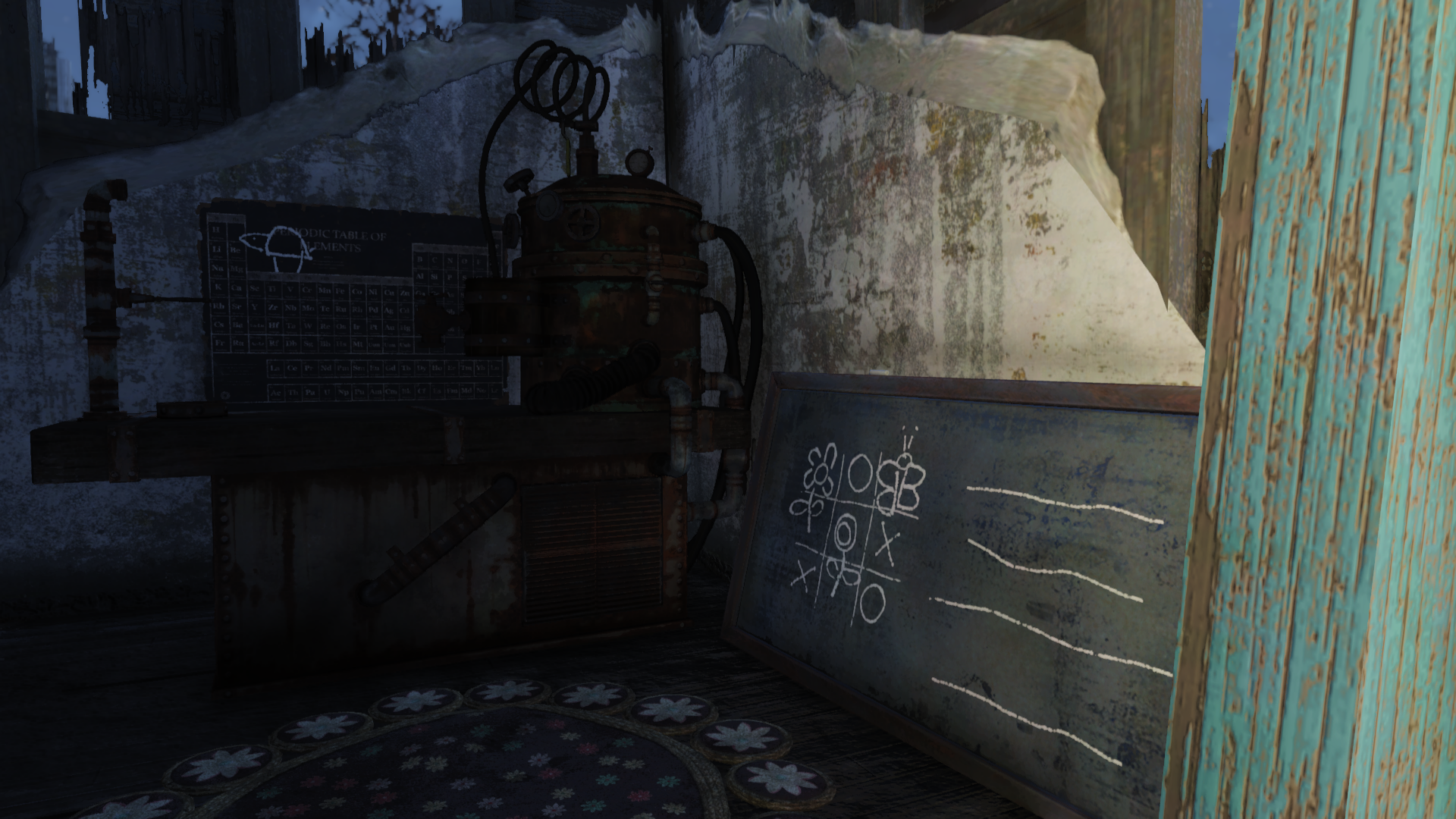 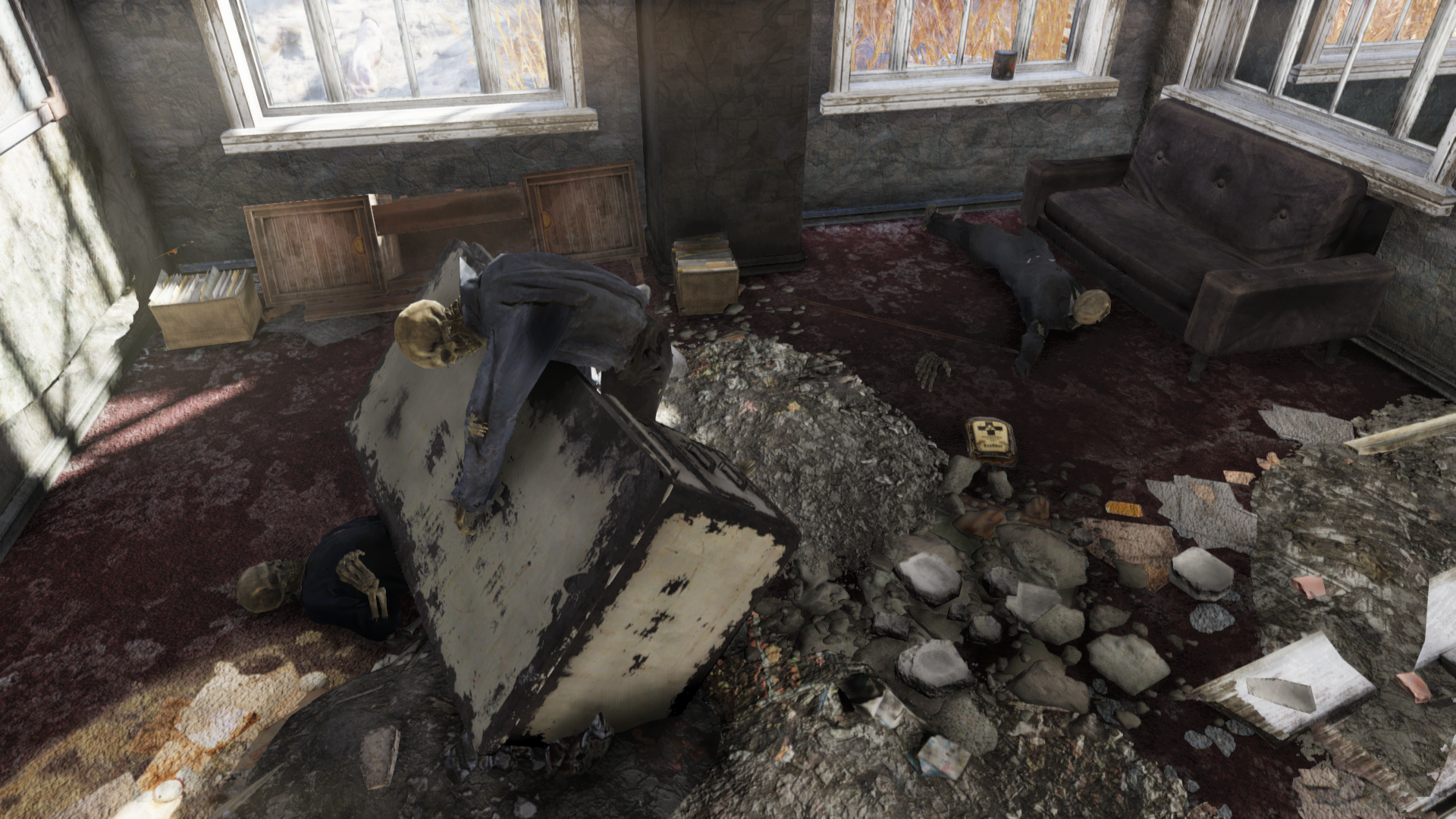 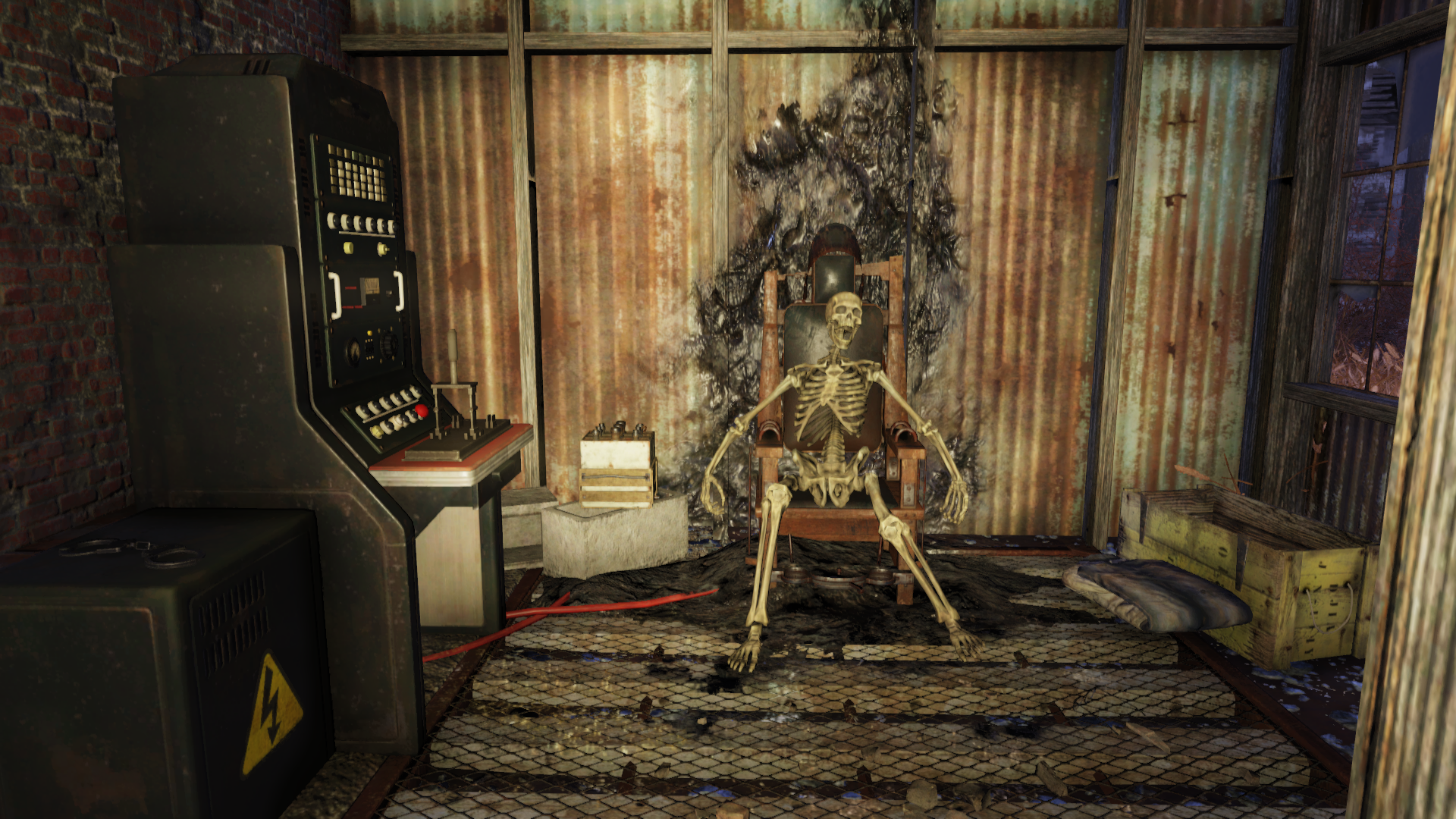 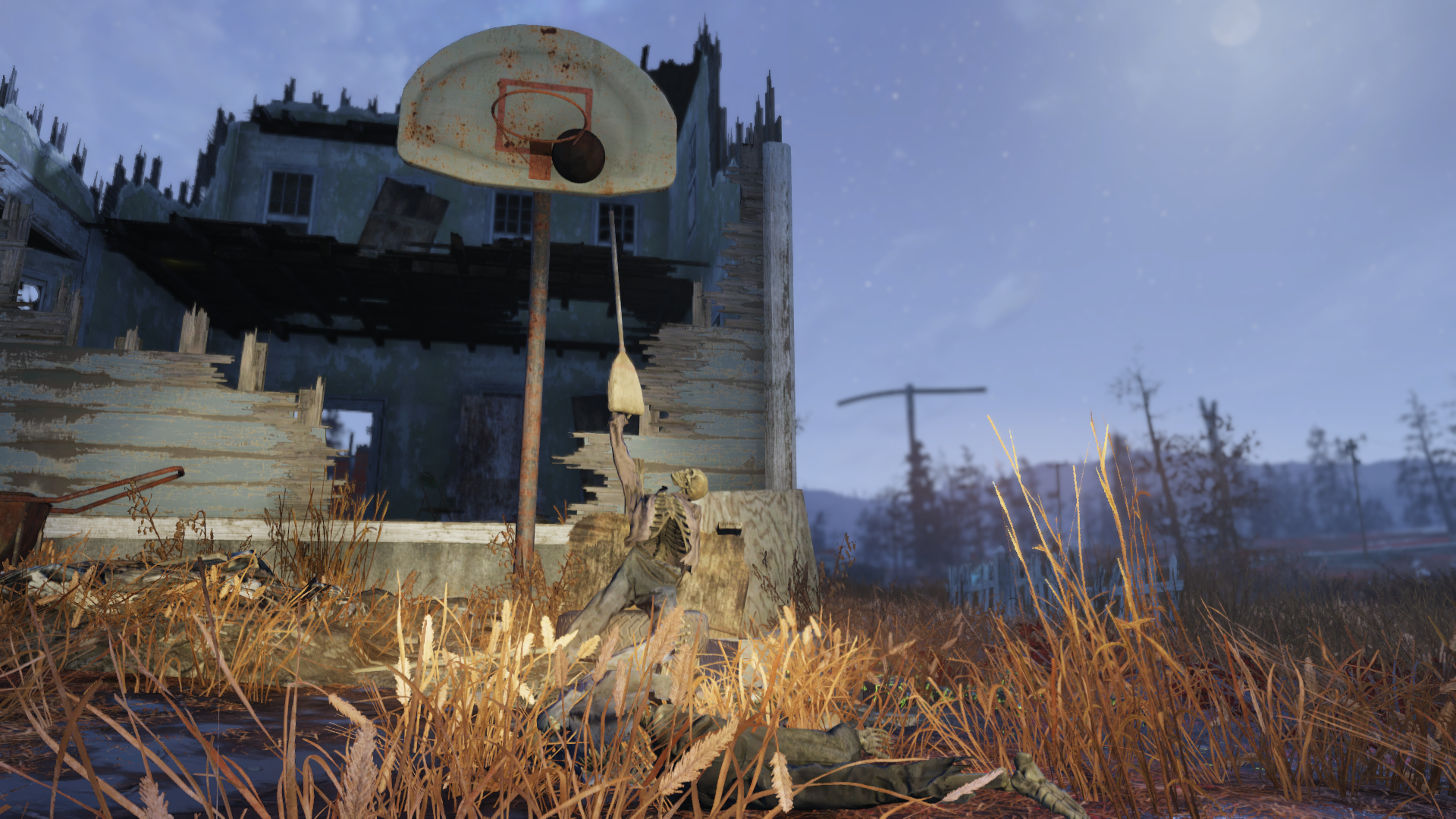 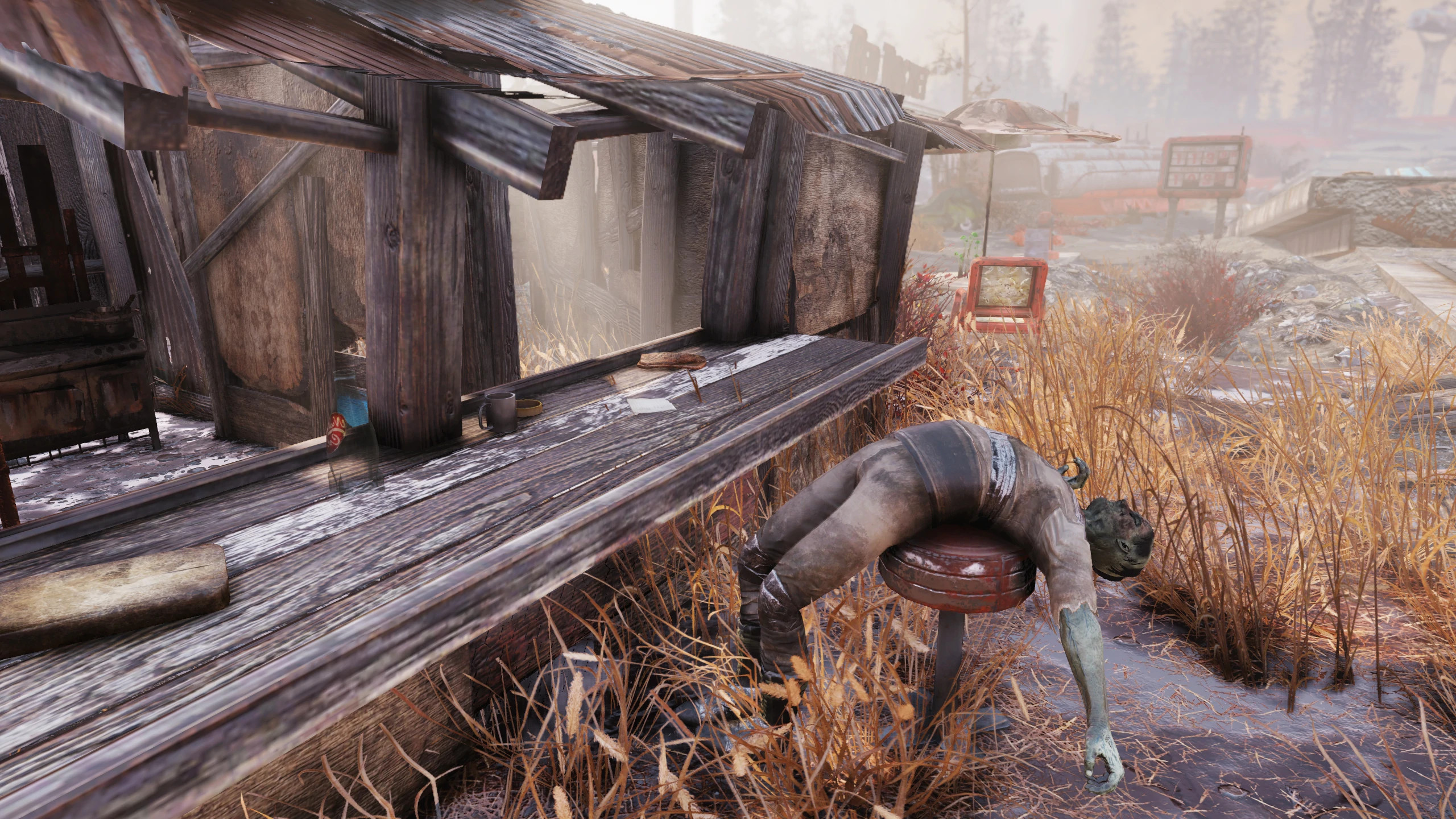 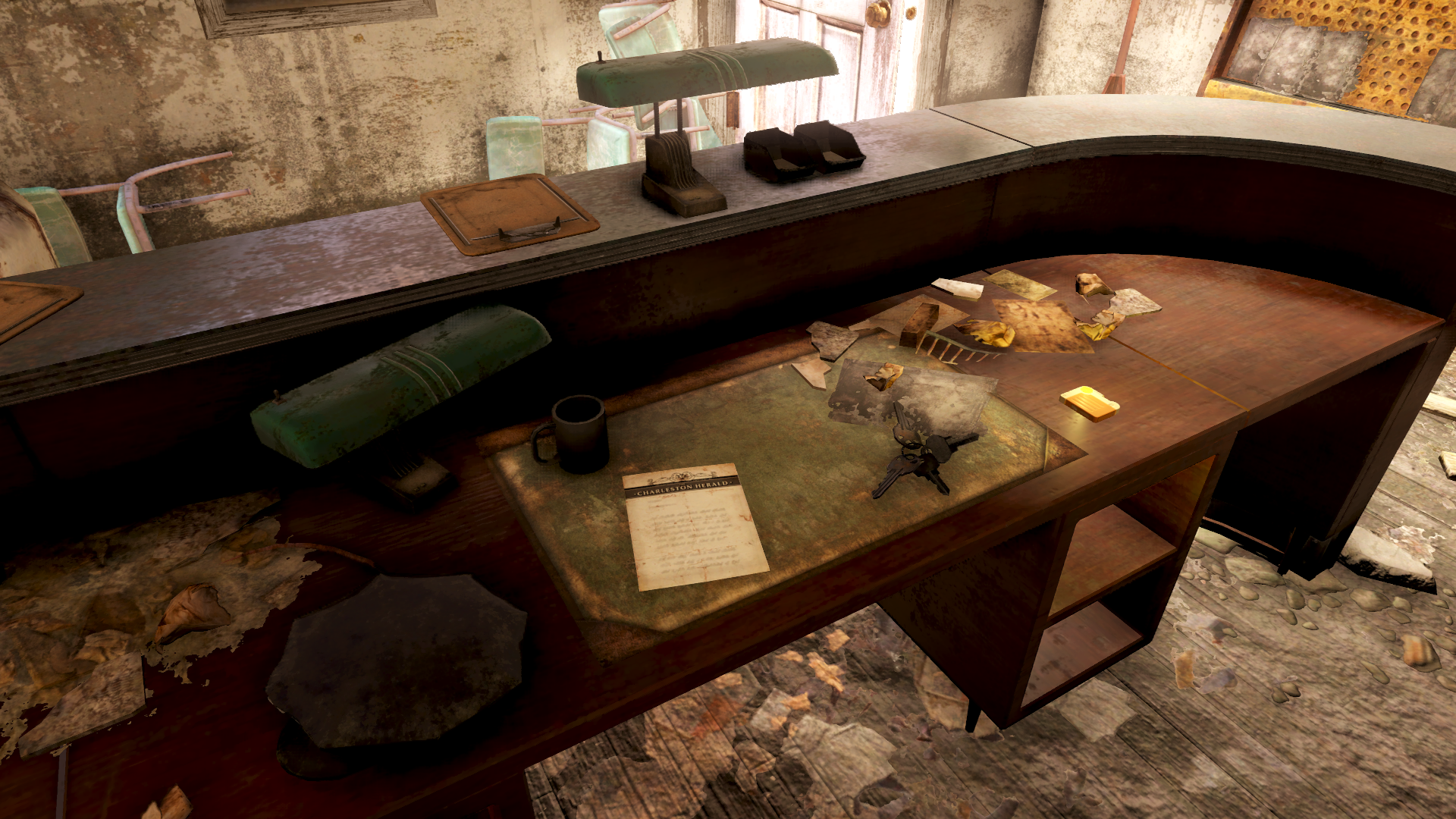