The abandoned bunker is a location in the Mire region of Appalachia in 2102.

Located on the edge of the Mire, this bunker belonged to a Free States family before the pumps failed and it flooded.

This Free States bunker has been left in disrepair and can be inhabited by packs of animals. A chemistry station can be found immediately to the left upon entering. Going down the stairs to the right, the path eventually leads to a kitchen and dining area, with a brewing station along the eastern wall. Connected to it is a generator room with a number of large, orange vines coming out of its walls, a common sight in the bunker.

The other side of the bunker, down three stairs, is a flooded living area. To the east is a laundry and storage room with a safe, while a bathroom with a first aid box on the wall can be entered to the north.

In 2103, USSA Commander Sofia Daguerre took up residence here after her ship crashed nearby. The Vault 76 resident can find her here and provide medical aid and other assistance.

The abandoned bunker appears only in Fallout 76. 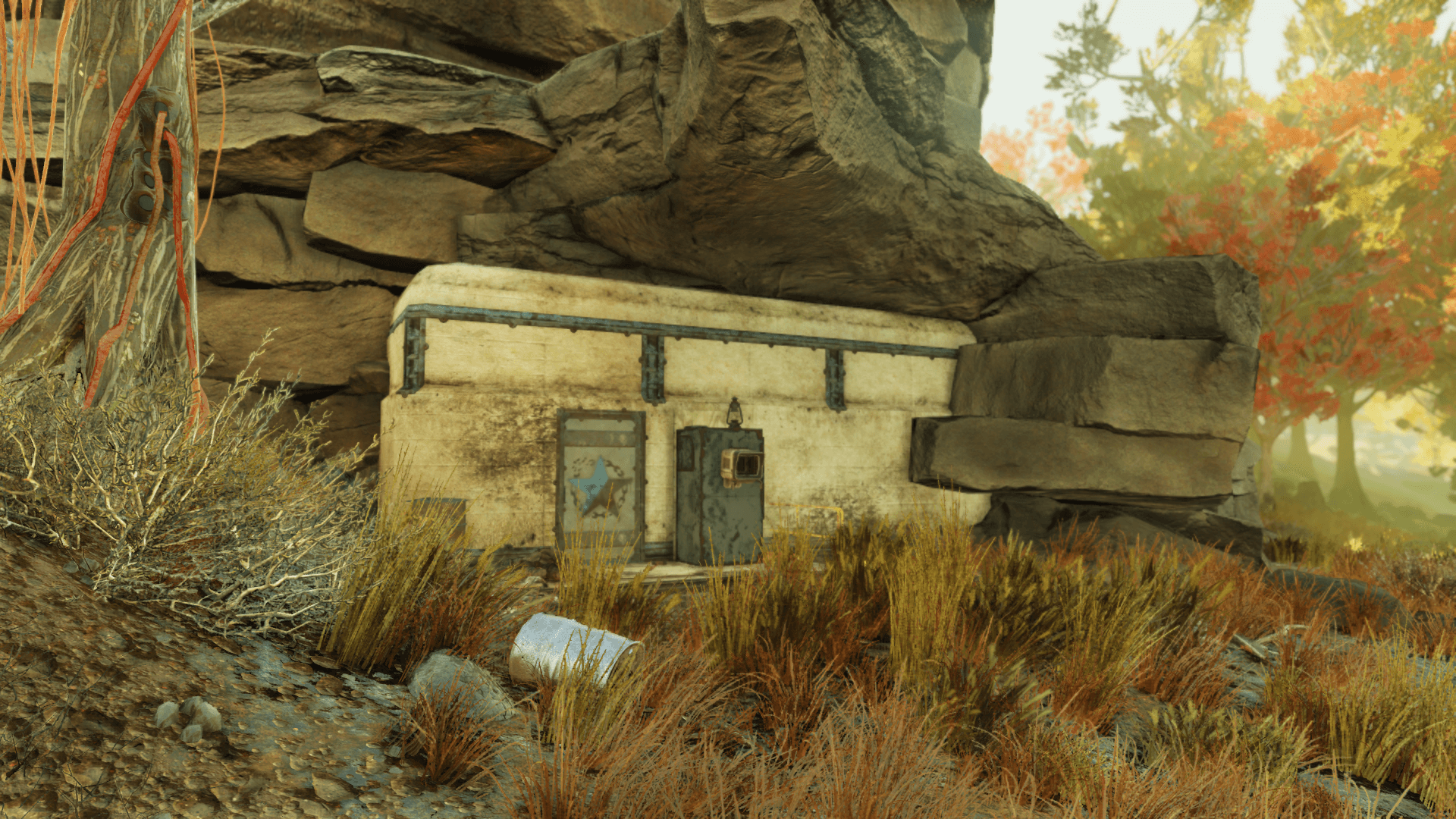 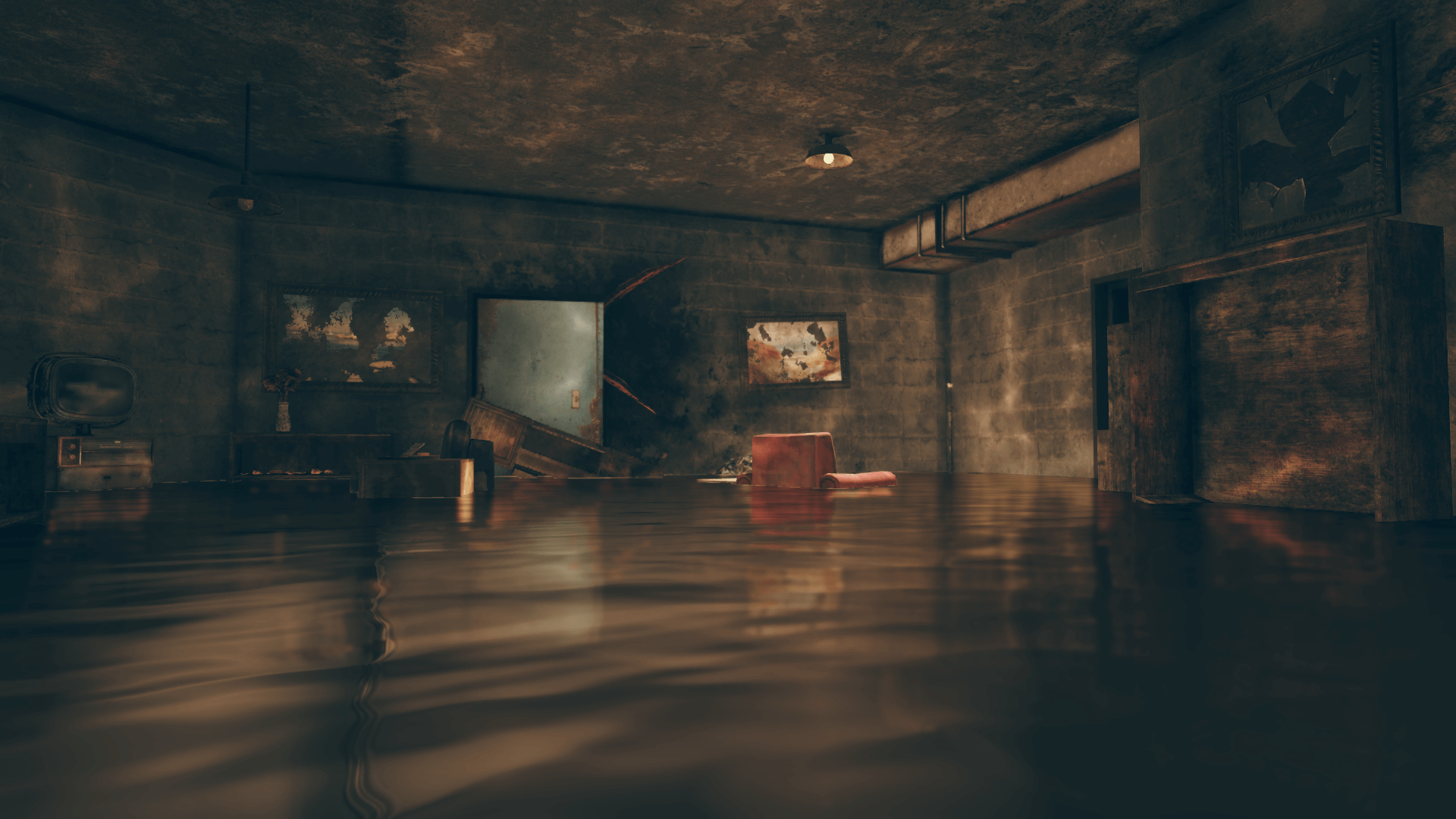