Abandoned mine shaft Elaine is a location in the Ash Heap region of Appalachia in 2102.

A rail track runs south to north to the mouth of the mine shaft. The mine itself has collapsed at the entrance and can only be entered during the Lode Baring event. Both sides of the entrance have terminals to claim tokens gained during the event.

To the east of the rails is a raised platform with a blue pod on it, the interior of which has a few containers. Two staircases to the east and north brings the player to a second raised platform. A smaller blue pod can be found to the north with various foodstuffs to loot. The easternmost metal building houses a row of lockers in the center and a few other containers spaced around. The exterior eastern wall has a power armor station with a possible power armor chassis spawn.

Power armor chassis with T-series armor pieces outside with a power armor station, between the locker room building and a bus.

Abandoned mine shaft Elaine appears only in Fallout 76. 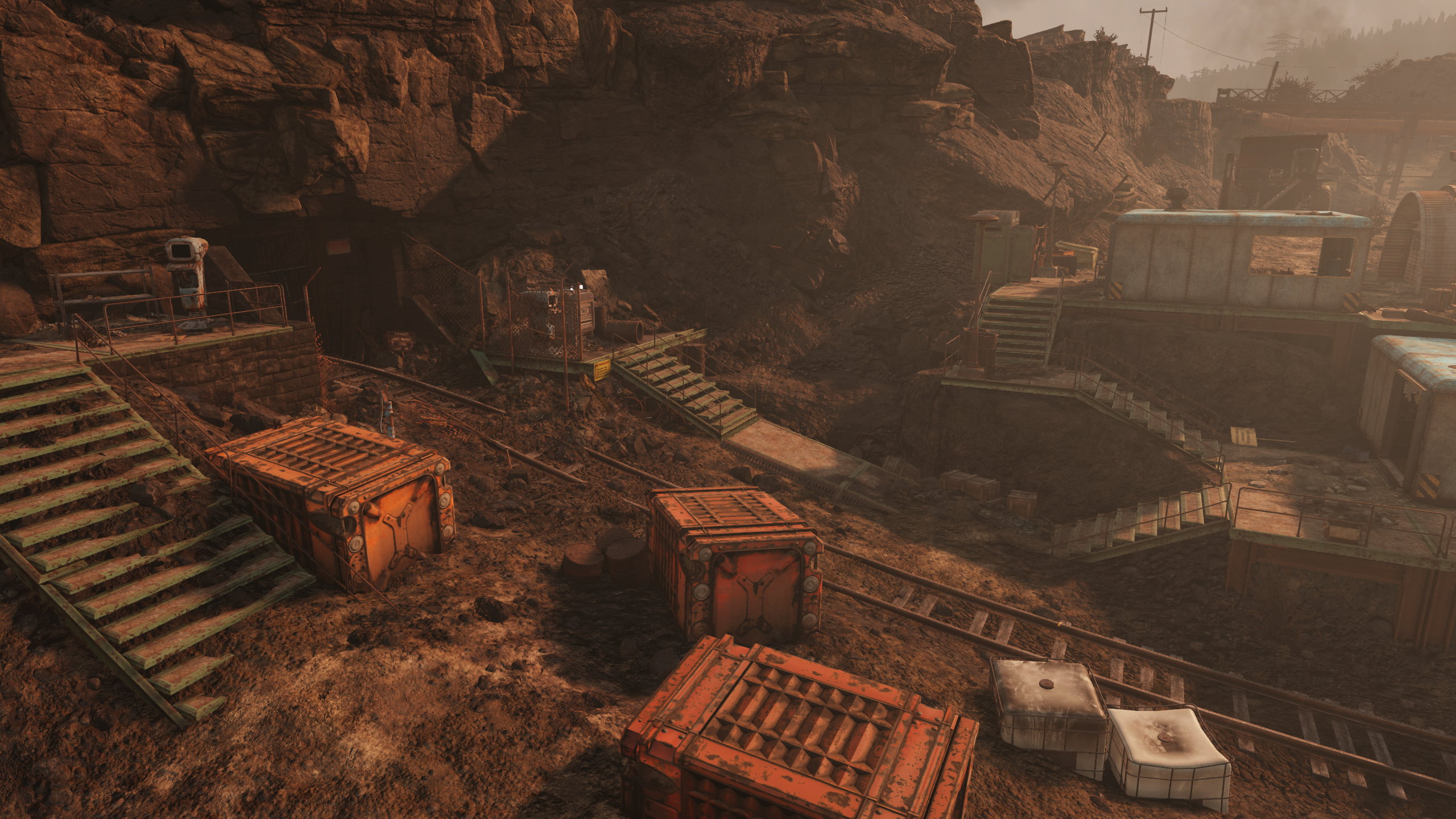 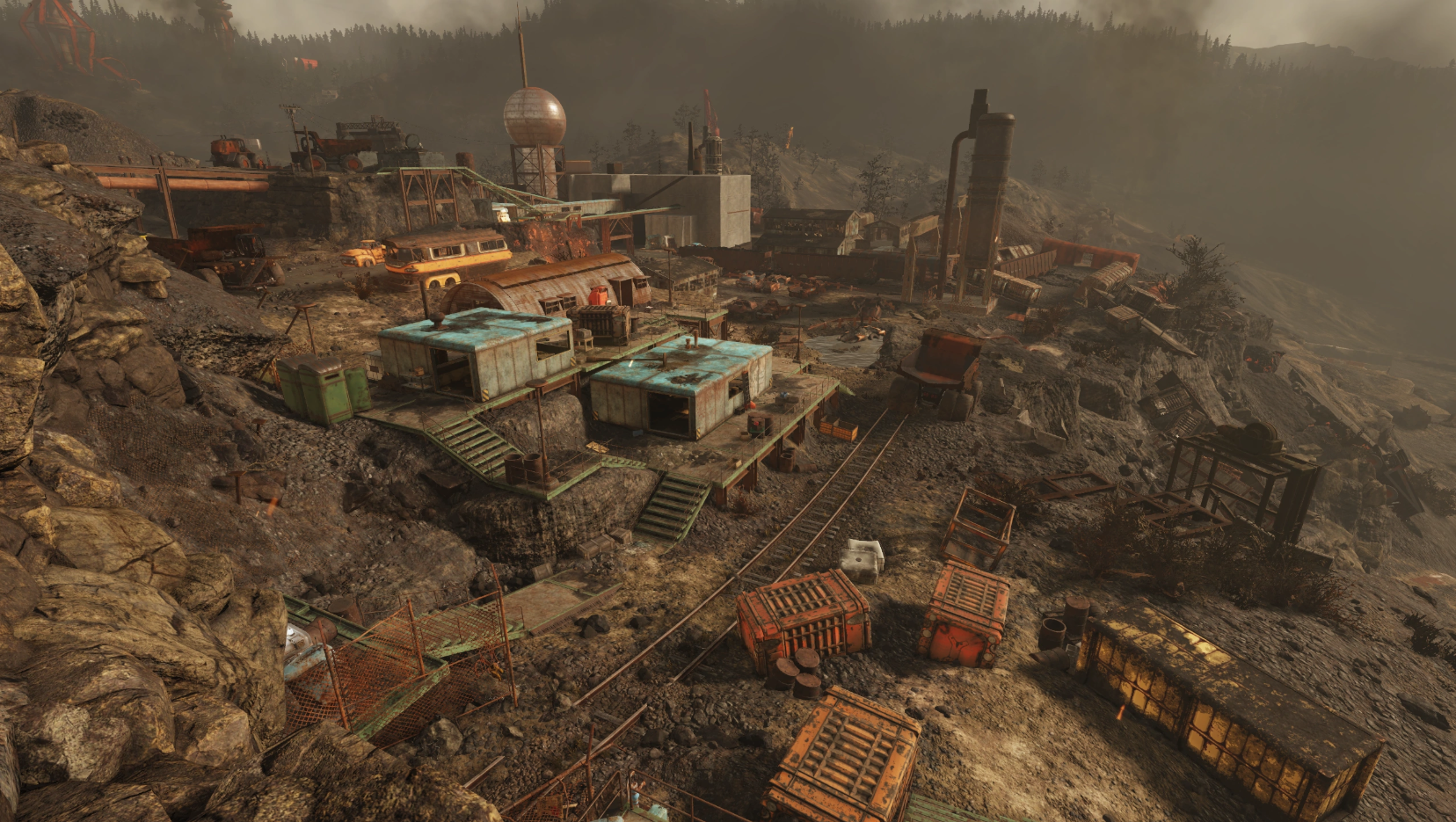 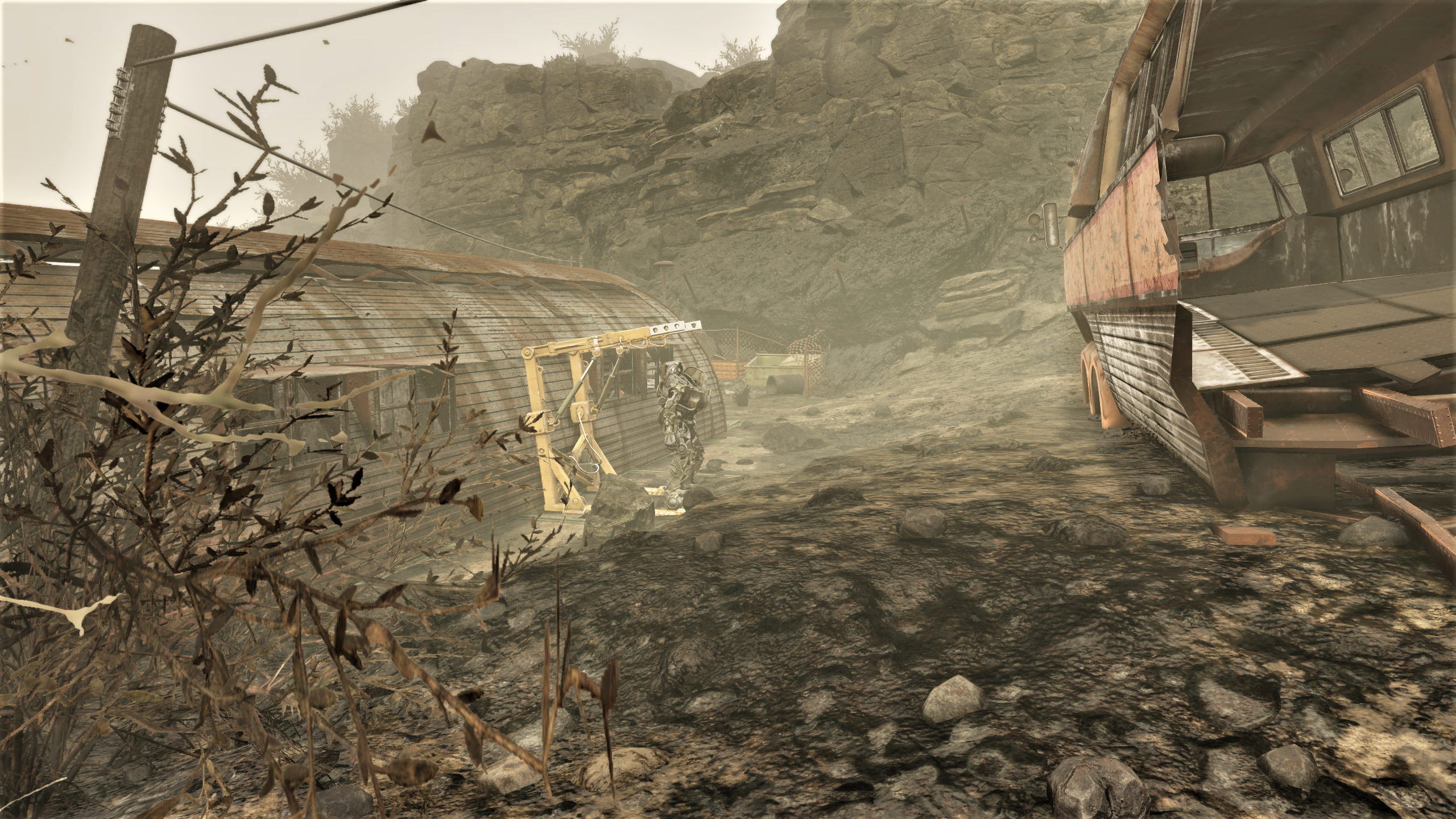