chances with the virtual dice of the game, critical chance, Gambling

Recharge rate of Critical Hits
Condition and durability of loot.

“Fate. Karma. An extremely high or low Luck will affect the character - somehow. Events and situations will be changed by how lucky (or unlucky) your character is.”— Fallout in-game description

Luck is one of the seven primary statistics in the SPECIAL character system.

Ways to increase Luck in Fallout

Ways to increase Luck in Fallout 2

Modifies: All Skills and Critical Chance. Unlike other S.P.E.C.I.A.L. scores, Luck has no specific skills associated with it. Instead, every two points of Luck adds one point to all skills. Having a high Luck will also improve the Critical Chance with all weapons.

“Luck is a measure of your general good fortune, and affects the recharge rates of critical hits.”

Luck determines the recharge rate of the Critical Hit meter. It can indirectly improve how much caps and ammo one finds through one of two associated Luck perks (see below). It can also give the player a chance to not catch a disease from a molerat bite in Vault 81. Luck can affect the chances of quickly receiving a perfectly preserved pie from the Port-A-Diner (the lower your luck stat, the longer it can take).

Luck is a measure of general good fortune, and affects the recharge rate of Critical Hits as well as the condition and durability of items that the player loots.

Unlike other games, Luck is not treated as a variable ranging from 1 to 10, but instead as a token that can be obtained at the start or when leveling up. A player character with the Luck token gets free rerolls during certain tests, as well as during fights if equipped with a Luck-based weapon. 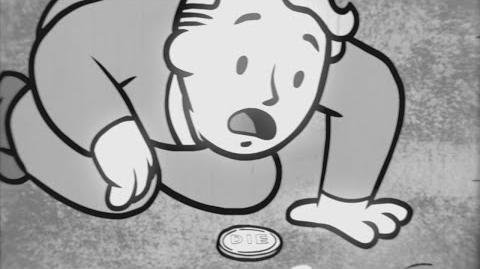