The Silva homestead is a location in the Forest region of Appalachia in 2102.

This large farm was a participant in Arktos Pharma's trials of chemical compounds meant to accelerate the growth of plants. In May 2077, the program quickly yielded dividends, instilling optimism for the future, especially the month of October. However, Arktos' lax security measures regarding Pharmabot-JD7E allowed a group of local kids to vandalize the robot during one of the tests. The children were exposed to Arktos' proprietary chemicals, resulting in their hospitalization and eventual death. Public outcry followed, which the company stifled with generous settlements given to the childrens' families, considering the issue resolved.[1]

The two-story house on the farm is filled with debris. Its kitchen is decorated for Halloween, and on the second floor is a crib with a "baby" Jangles the Moon Monkey, as well as level 1 locked wall safe in the upstairs bedroom. Across from that is a dresser with some shotgun shells on top of it. There is also a footlocker by the bed. By the back exit of the home is an armor workbench.

There are fields of corn and wild corn outside. To the south is a large rounded metal building near some silos that serves as hay storage for either this homestead or Billings homestead; it is not clear which farm it belongs to. There are three radroaches inside guarding two weapons workbenches and a power armor station.

To the east is the barn that was used by Arktos Pharma to store Pharmabot-JD7E. At the entrance is a non-functioning decontamination arch, and inside is a tinker's workbench and the Arktos Pharma terminal. The only thing of note up top is a tool chest. Various flowers, including soot flower and rhododendrons grow by two graves under a transmission tower next to the barn.

The Silva homestead appears only in Fallout 76. 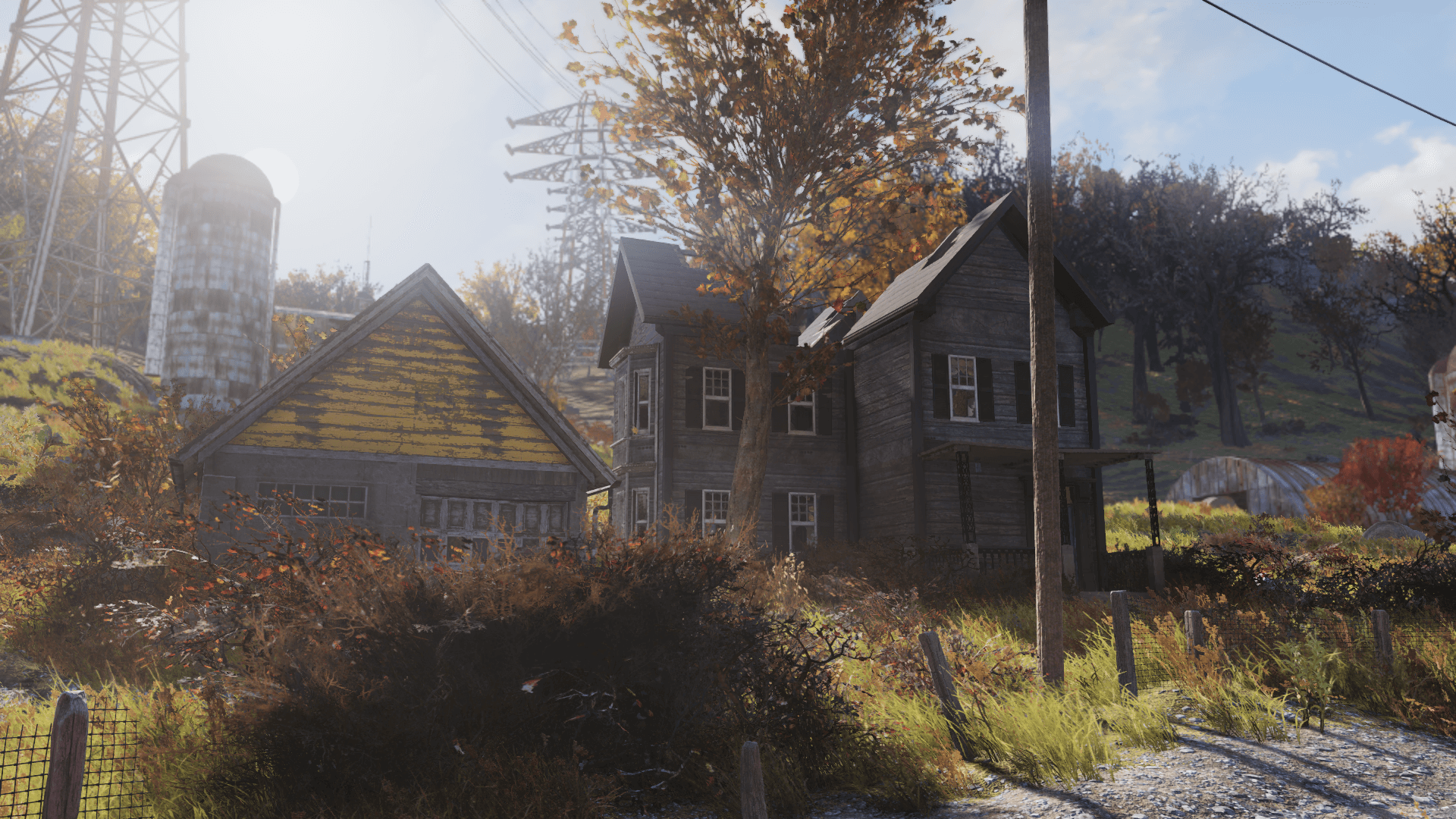 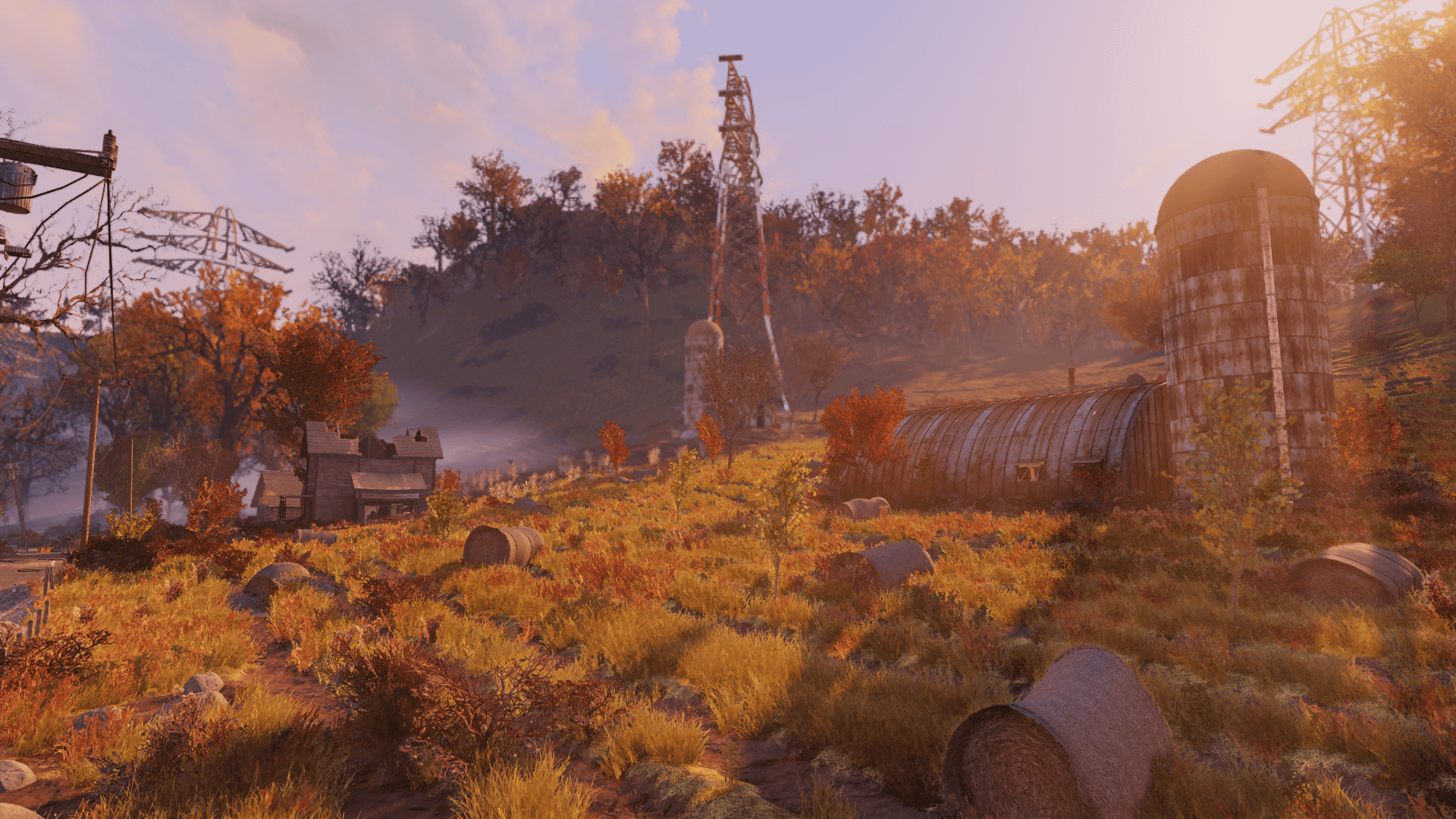