The Mount Blair trainyard is a location in the Ash Heap region of Appalachia in 2102.

Sitting at the southern edge of Mount Blair, this trainyard once served as a major loading point for coal removed from the mountaintop and only grew in importance as operations in the region scaled, especially after the introduction of the Rockhound. This also made it one of the focal points for the 2077 miner riots that focused on calling attention to the deleterious effect Hornwright Industrial Mining Company's automation had on their situation and the region in general.

This is a fairly large location, with a large central train building and several auxiliary locations including a scrap yard, warehouses, signal tower, and the nearby abandoned mine shaft Elaine. The central building contains a power armor station and power armor spawn point in the western half, near a tinker's workbench and a bobblehead spawn point. The eastern part contains a steamer trunk, a cooking station on the roof, and a chemistry station in the main hall. Upon the roof is another bobblehead spawn location.

Up the stairs, in the interior huts, are the payroll and supervisor terminals. In the west is the scrapyard for old carriages, just past the warehouse, which contains a magazine spawn point in the northwestern corner. Out east, on one of the derelict trains, is another cooking station, just past the minor warehouses. There are three fusion generators in the immediate area of the trainyard that spawn fusion cores. Two are located on the ground floor of the main complex and 1 across a walkway on a nearby cliff.

The Mount Blair trainyard appears only in Fallout 76.

In an office at the trainyard, there is a series of wooden blocks that spell out "WE KNO" next to a framed picture with a bloody handprint on it. This is a reference to the Dark Brotherhood's mysterious note in The Elder Scrolls V: Skyrim. 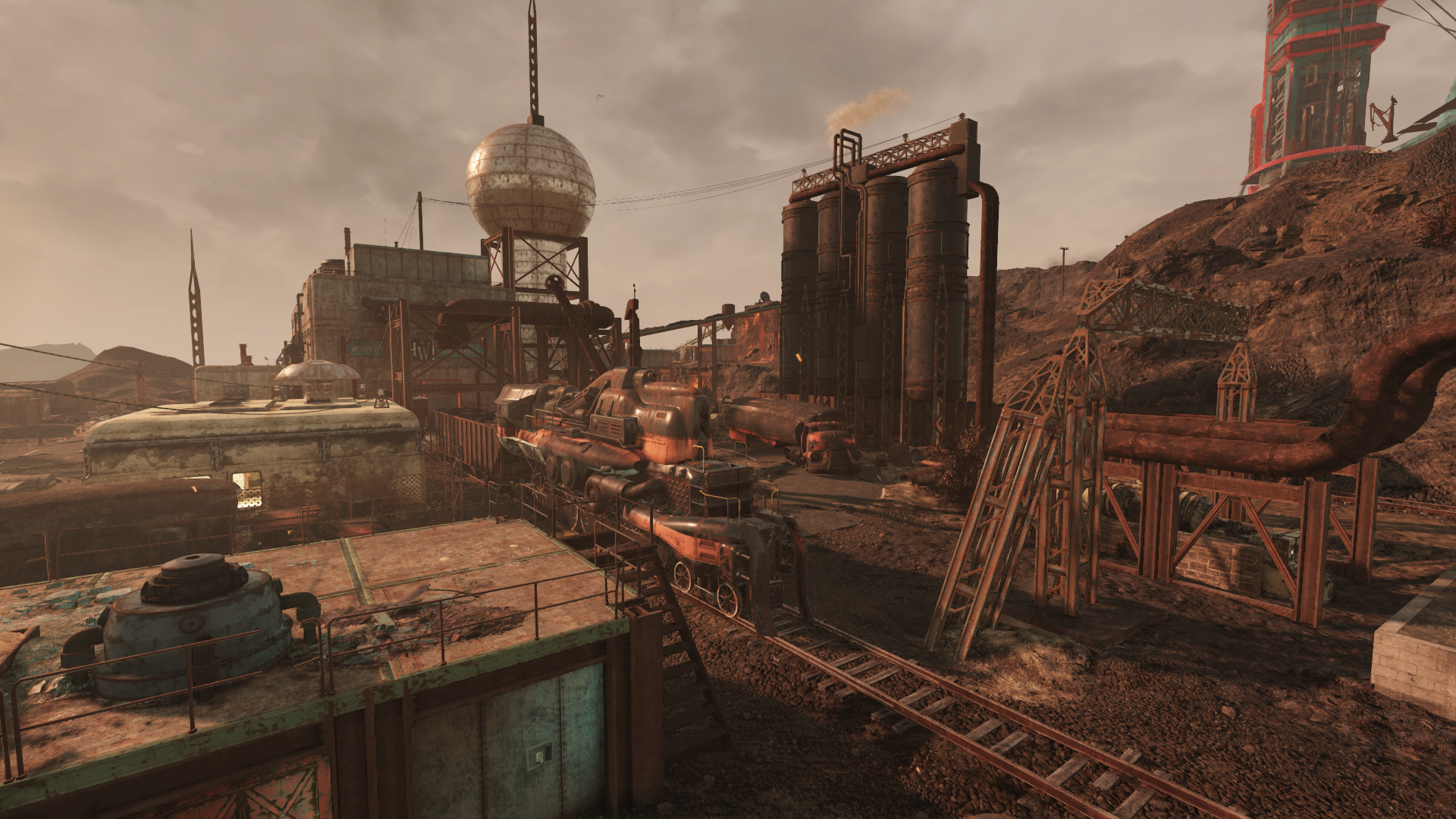 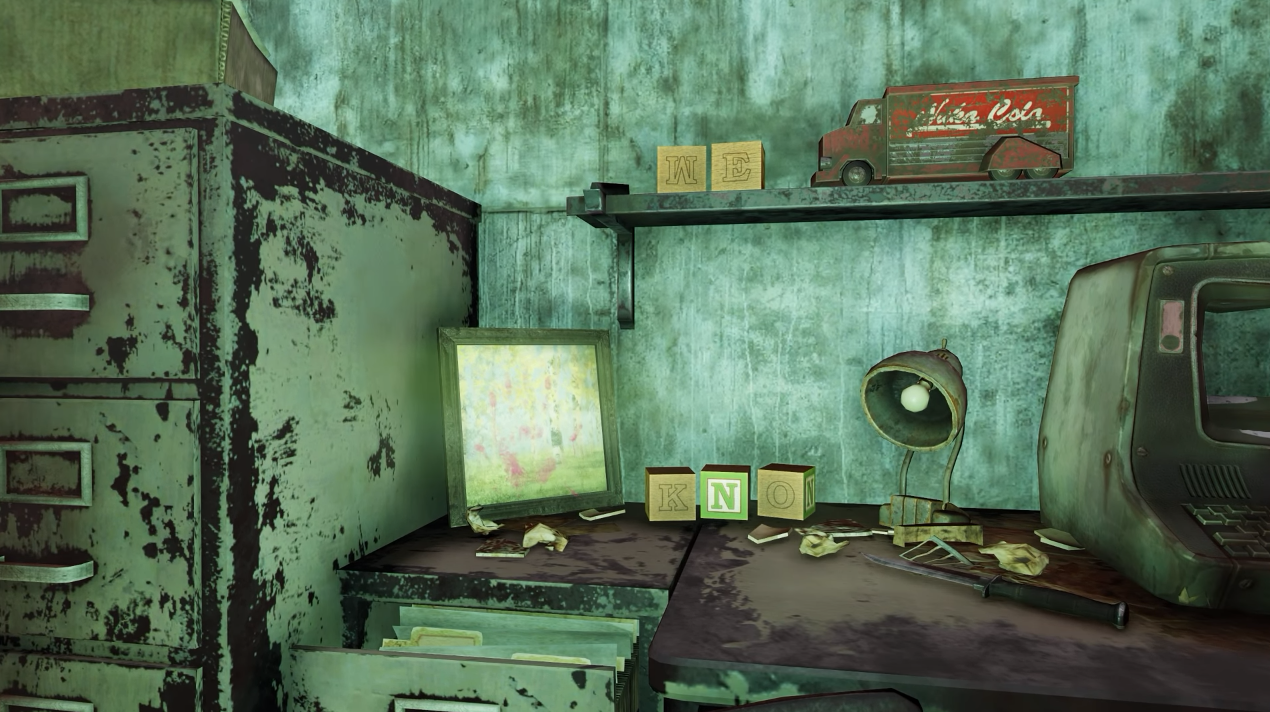 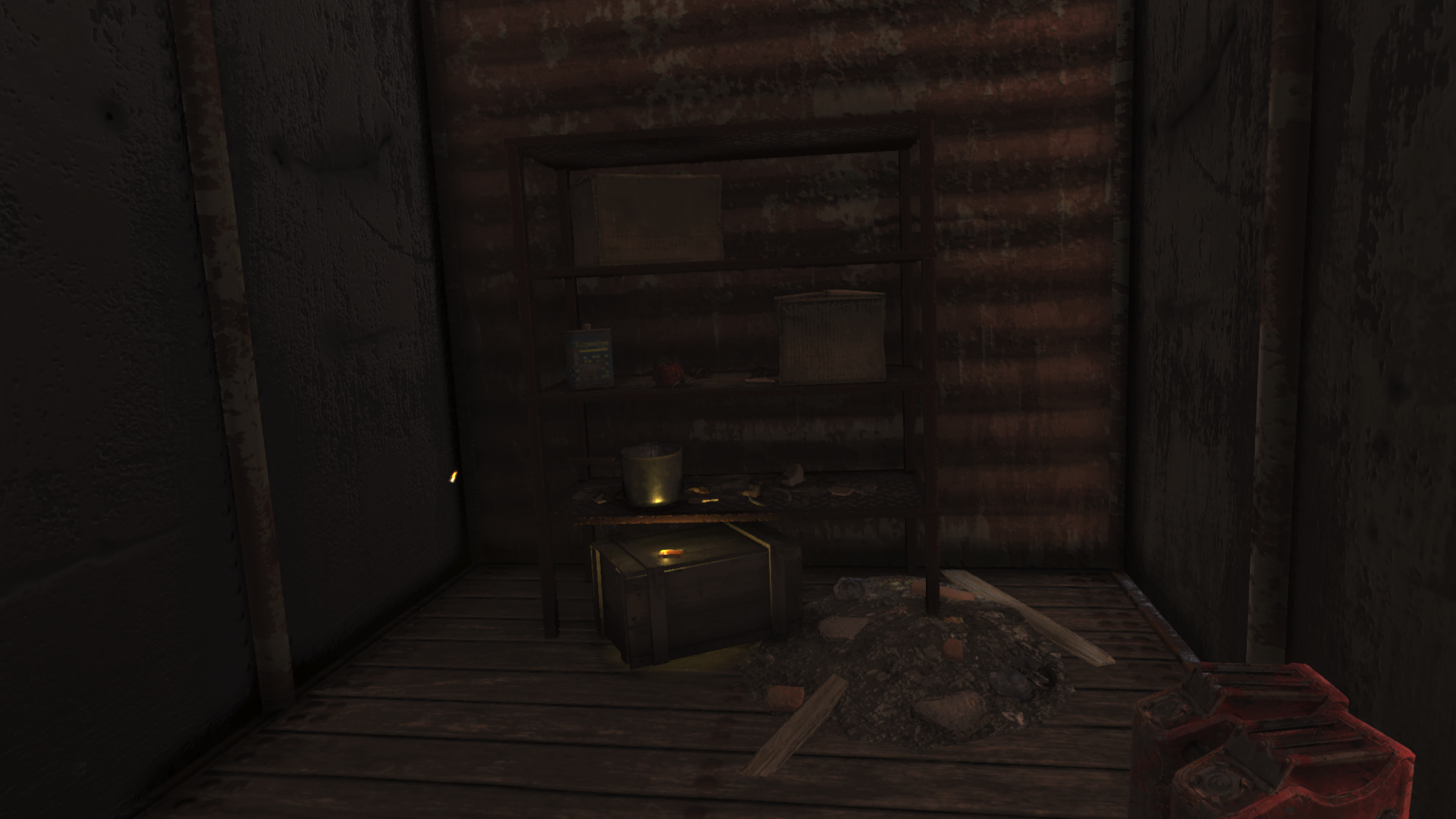