Mount Blair is a location in the Ash Heap region of Appalachia in 2102. It was the site of large-scale resource extraction and surface mining operations before the Great War and includes a towering bucket-wheel excavator. It is a public workshop with claim and defend event quests.

Located in Logan County, West Virginia, Mount Blair has been a notable element of Appalachian mining for centuries - and a symbol of labor disputes. In 1921, as part of the West Wirginia Mine Wars, federal troops and rioting coal miners clashed on the slopes of the mountain repeatedly. It comes as no surprise that the wealth of resources beneath the mountaintop and the resource-starved United States went hand in hand in the 21st century, leading to widespread ecological devastation, only accelerated by the erection of The Rockhound, a massive bucket excavator created by Hornwright Industrial and was capable of moving 11,000 cubic meters of earth per hour and could be manned by just a twelve member crew.

The Rockhound slowly, but surely strip-mined the Mount, turning Blair Mountain into Blair Hill. Even the riots by disenfranchised miners that temporarily seized control of The Rockhound in October 2077 failed to change the course of the company - or the destruction of Mount Blair.[1]

Mount Blair is a flat expanse of strip-mined desolation, with burning coal vines in the north and west, abandoned mines to the south and east, and the massive Rockhound in the center. Clockwise:

If the workbench on the resource extractor is claimed, a quest will be given to defend the workbench. After that, another quest to open the terminal in the control room will start. This will award the recipe to make ignition cores. By making four ignition cores and placing them in the four red generators, one can push the red button in the control room to start the excavator. This will run for thirty minutes, mining steel scrap, gold scrap, aluminum scrap, nuclear waste, black titanium, and more. All the resources will be dropped off at the opposite end of the excavator bucket-wheel in a box. Just beware, powering up the extractor will make defense missions pop, at least once, sometimes more, and it might also force you to defend against a scorchbeast.

Mount Blair can be claimed as a workbench settlement. The build area extends not on the ground, but on the Rockhound itself and covers the interior decks, outer scaffoldings, and the rear balance weight. On the ground, players can place extractors to generate food (9), water (8); the player will also get a quest when the workshop has been claimed to find or build 4 cores to power the Rockhound to mine materials, while you are doing this quest, you will be required to defend the Rockhound from waves of enemies for 30 minutes while the Rockhound mines materials, these material are things like black titanium, aluminium, crystal, steel, nuclear waste, copper and silver.

Mount Blair appears only in Fallout 76. 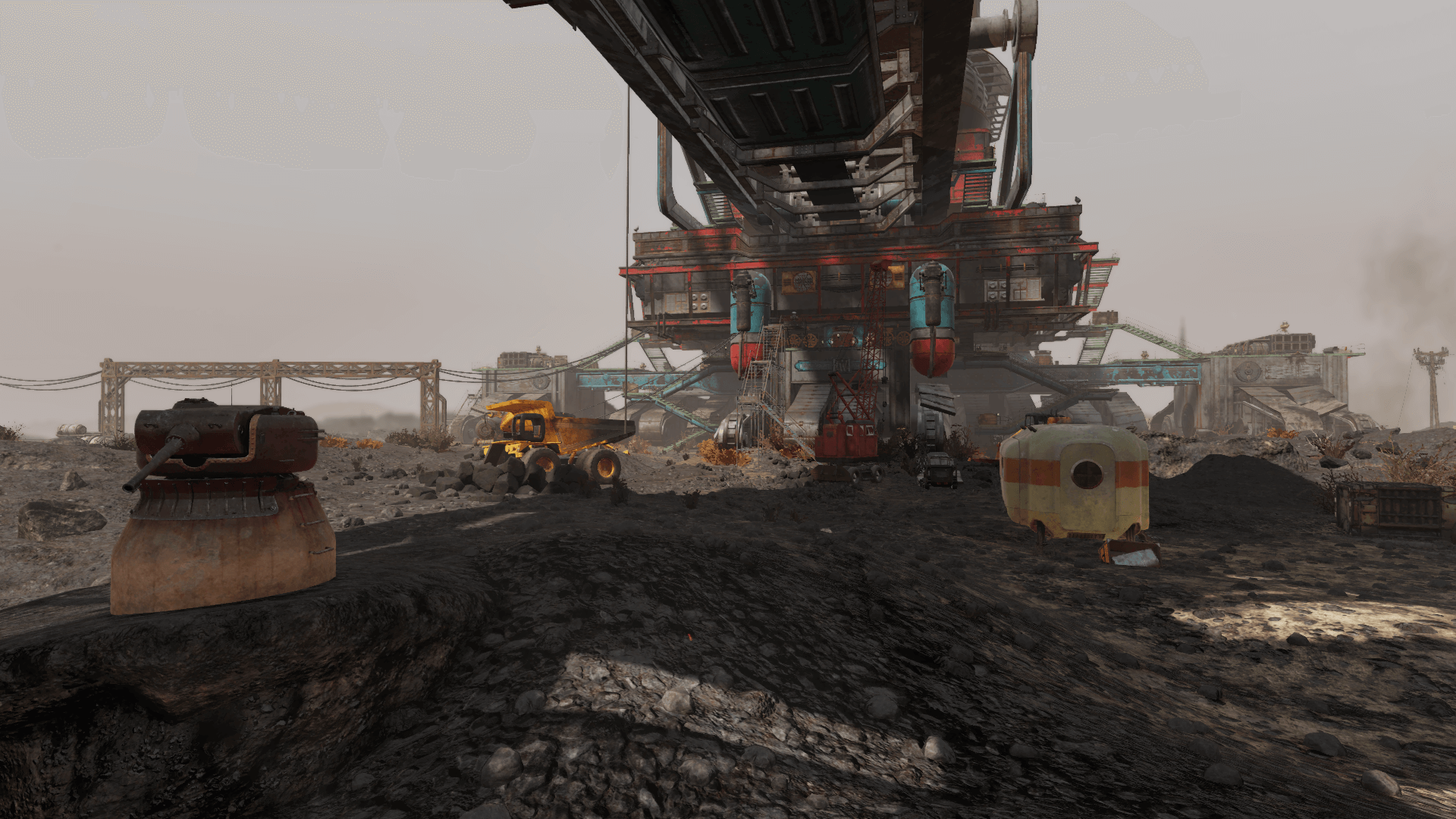 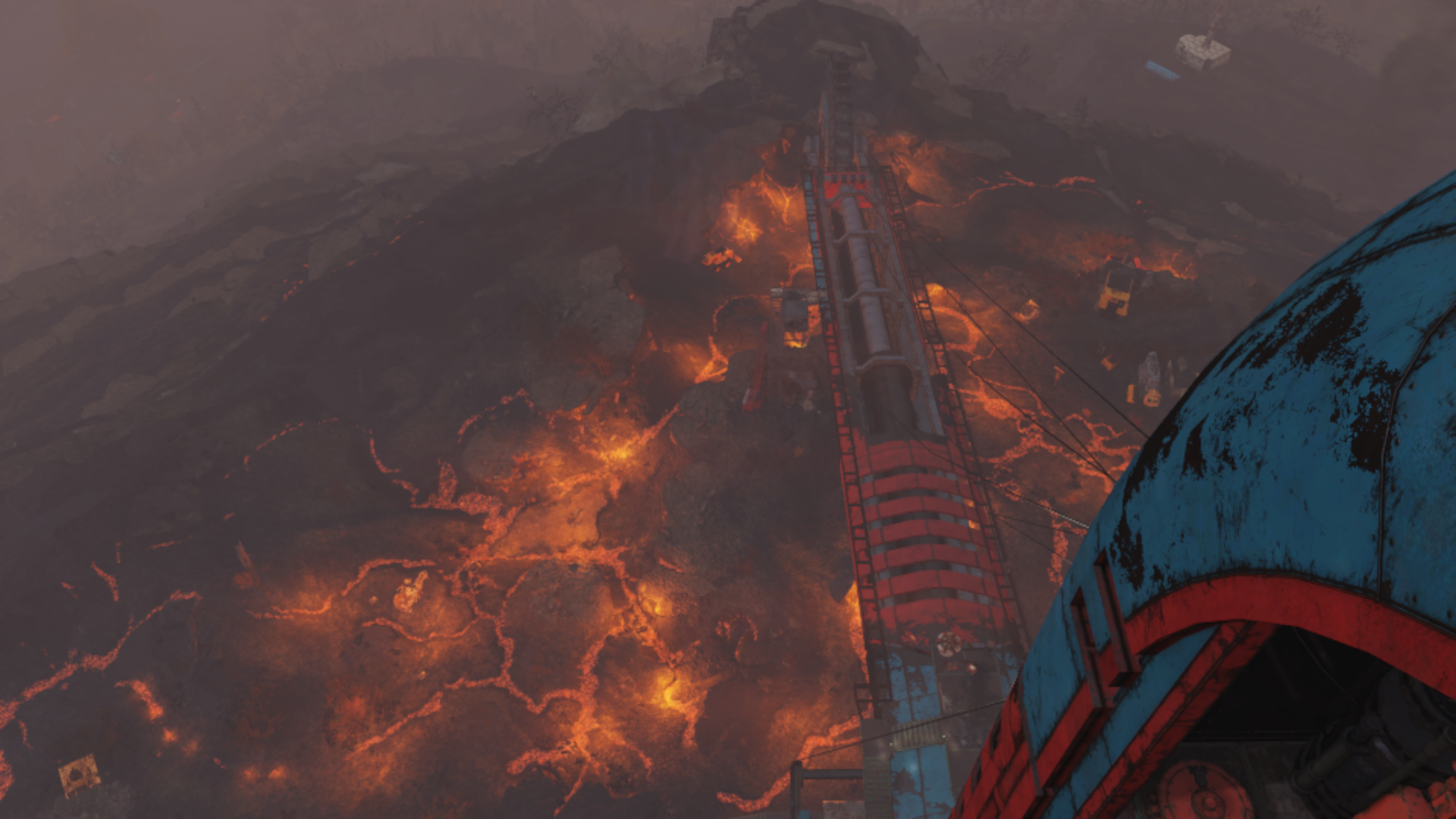 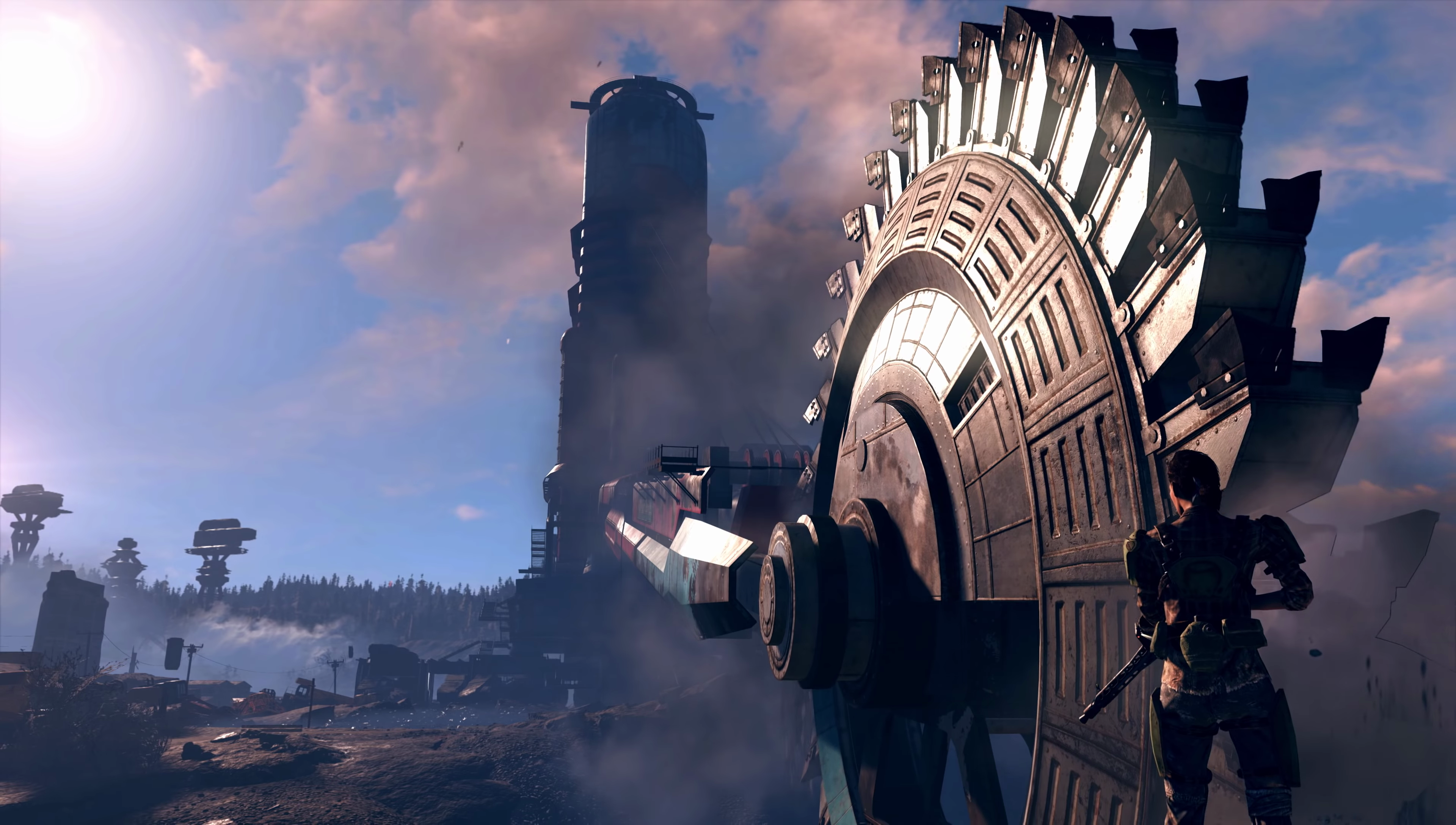 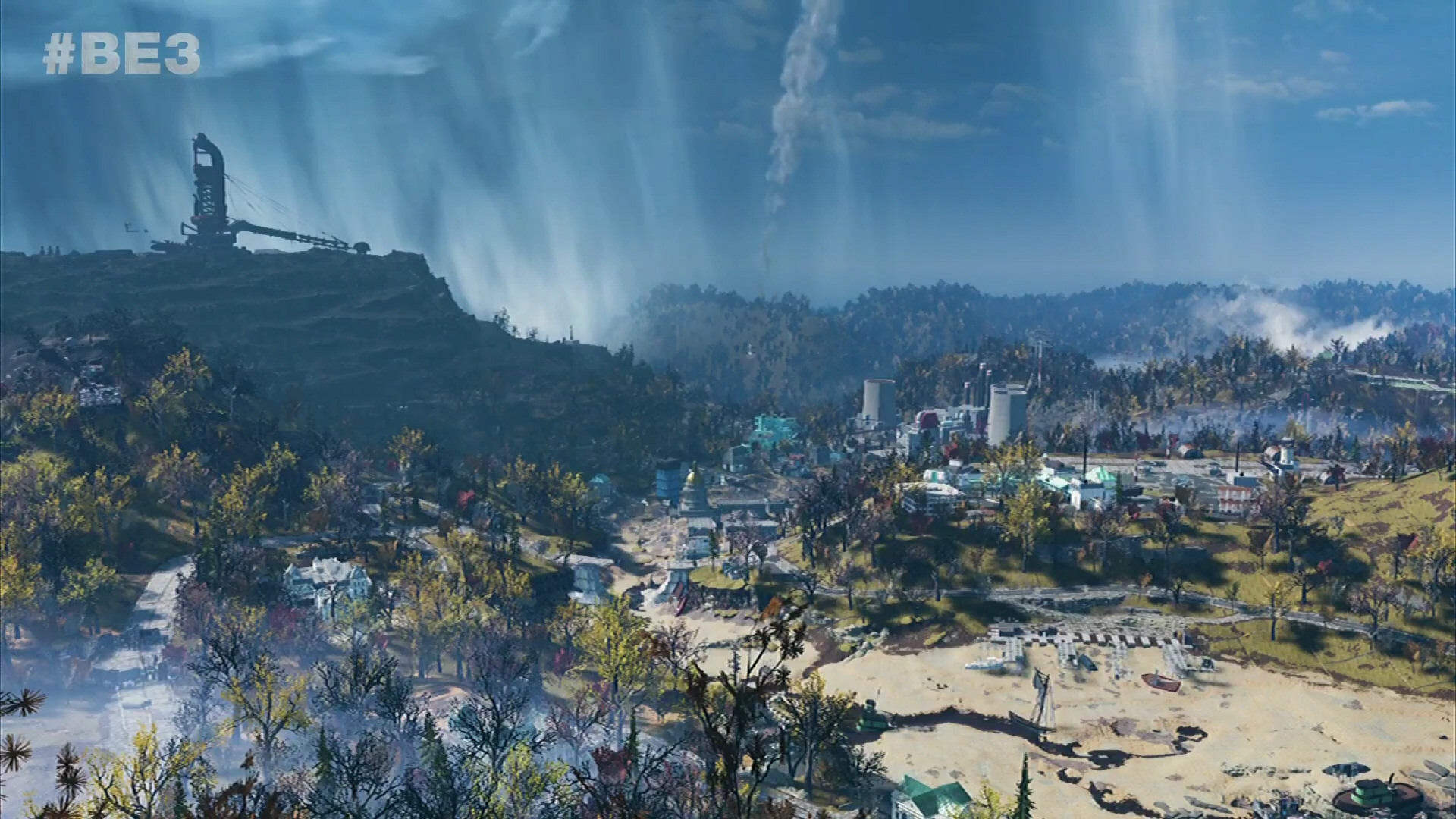 Mount Blair in the background

Mount Blair in a poster reading "Mountains of wealth in your own backyard! Invest in Appalachia!" 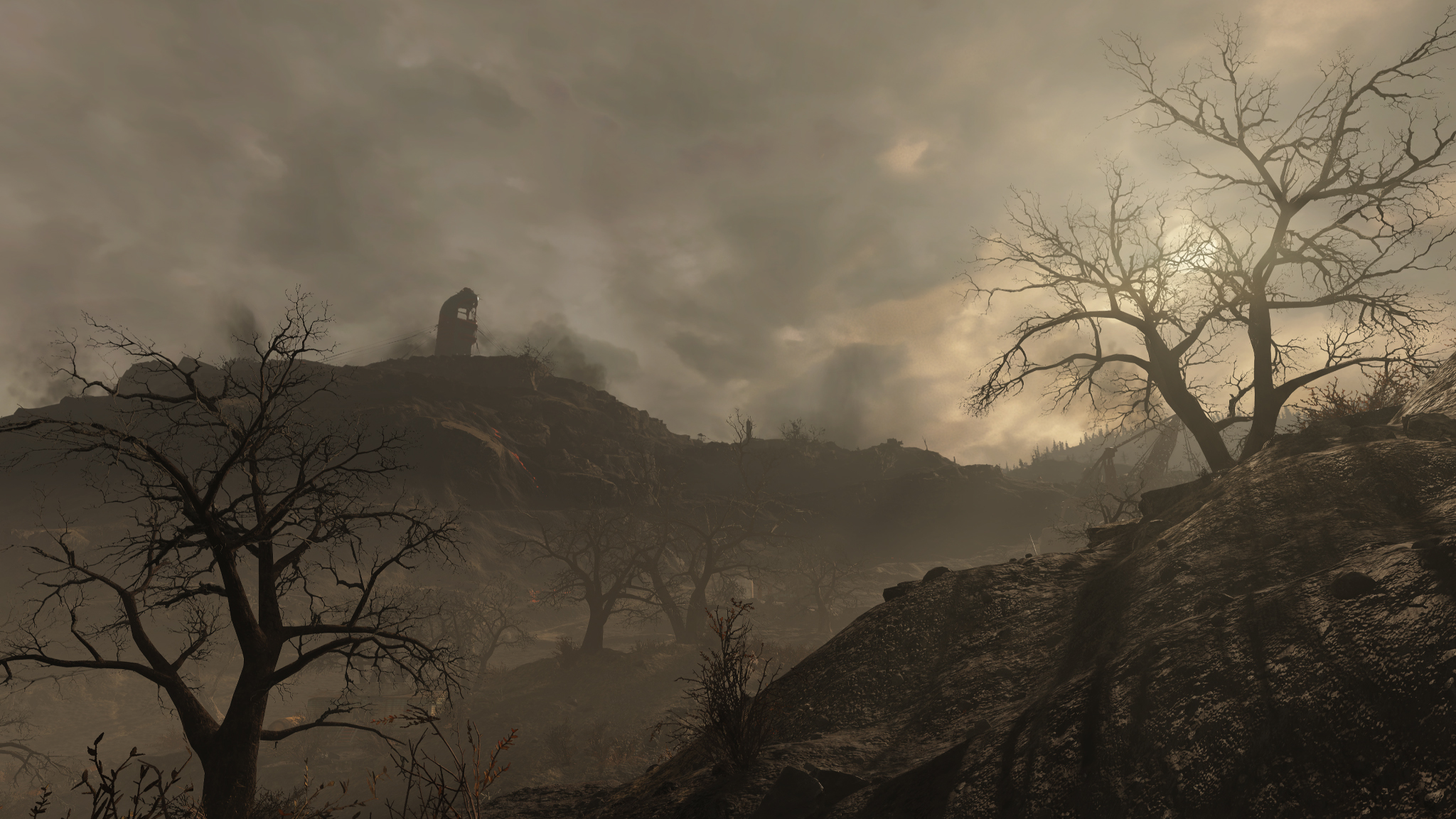 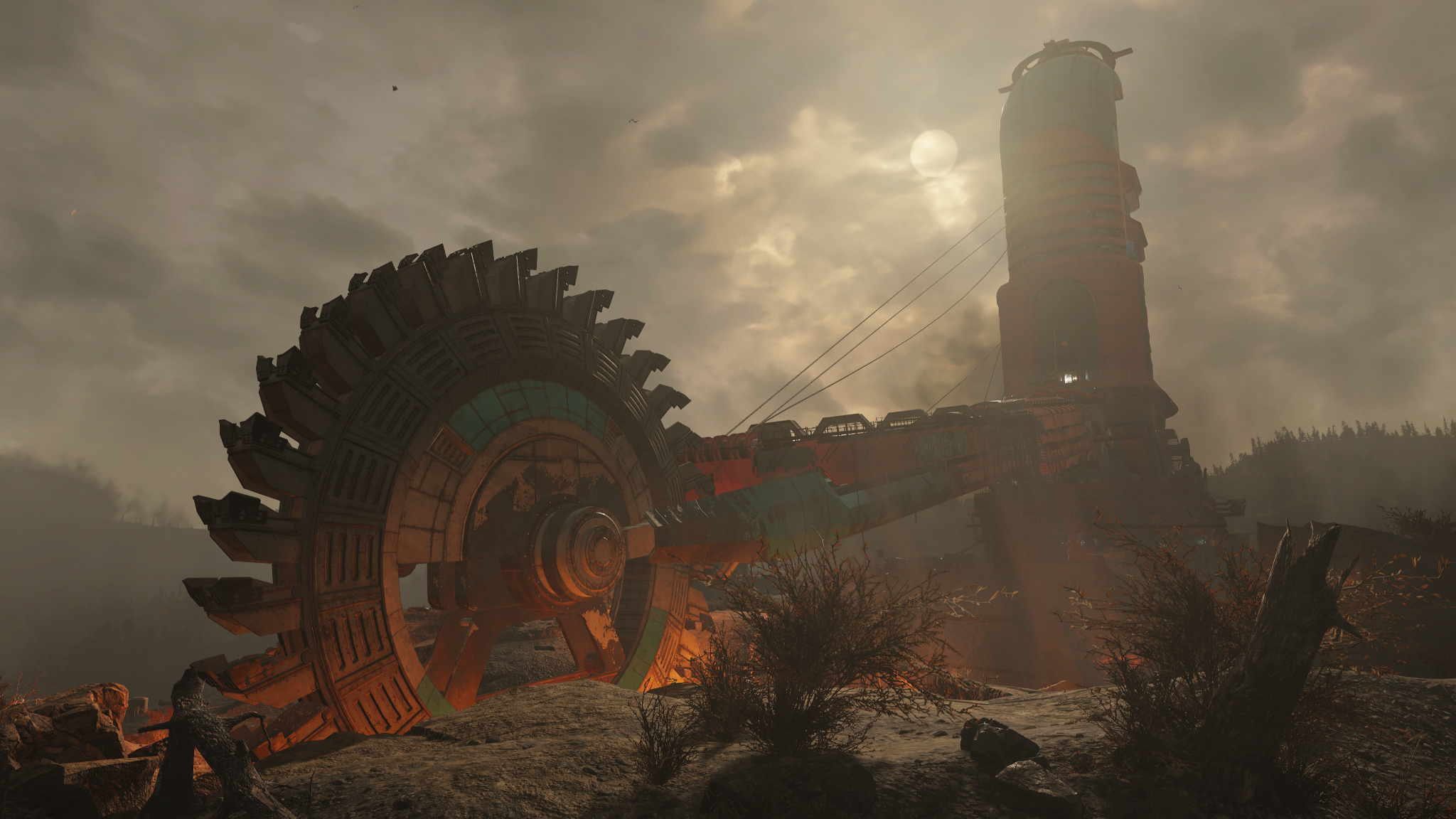 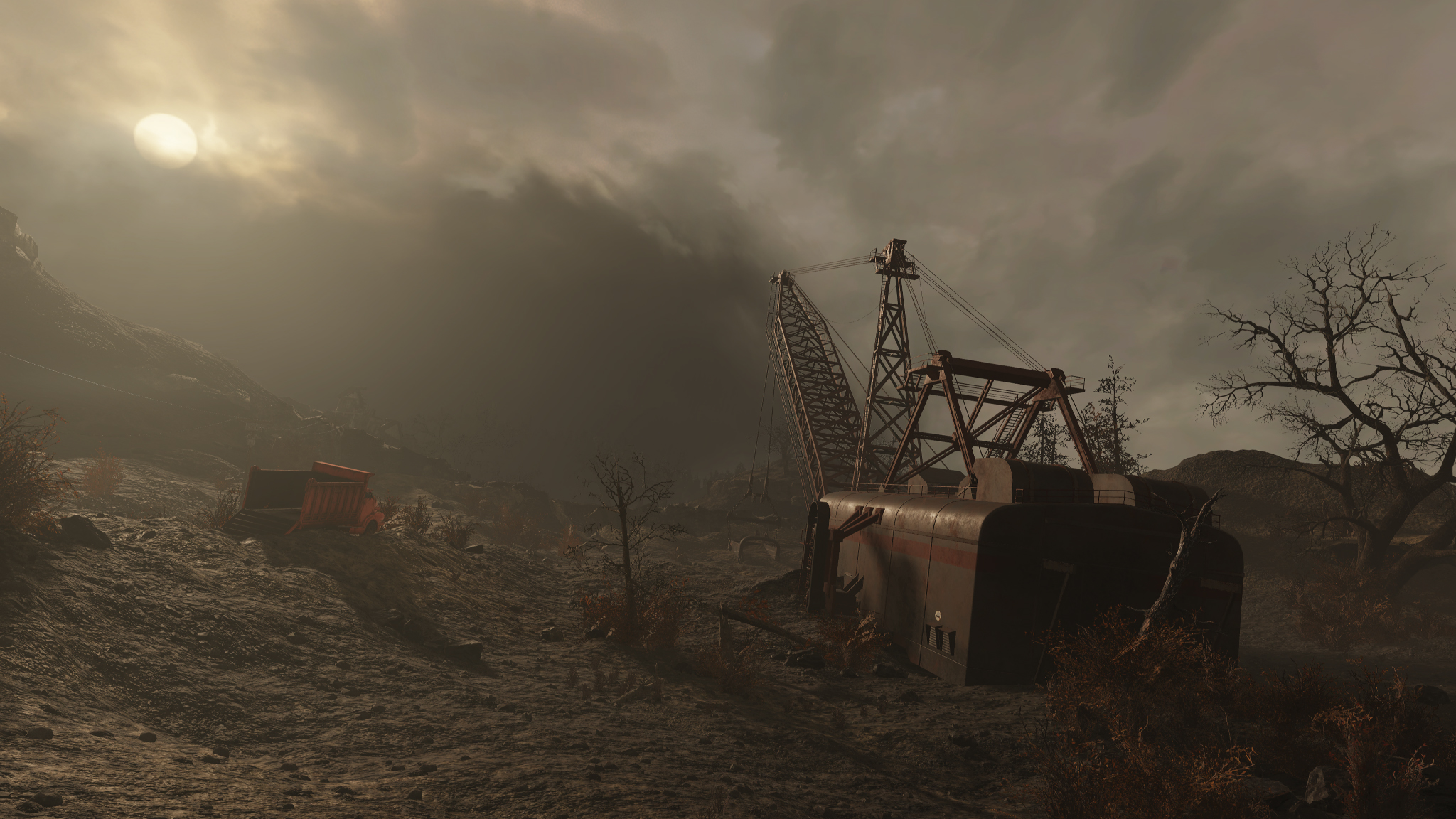 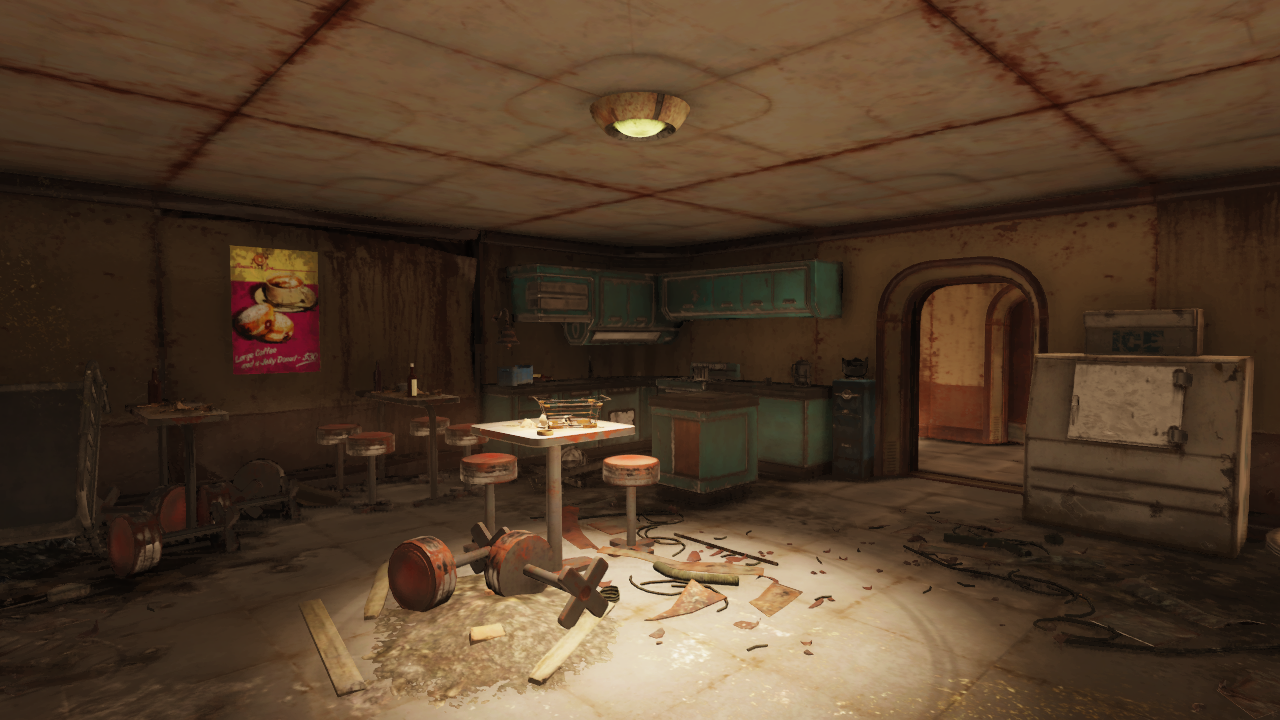 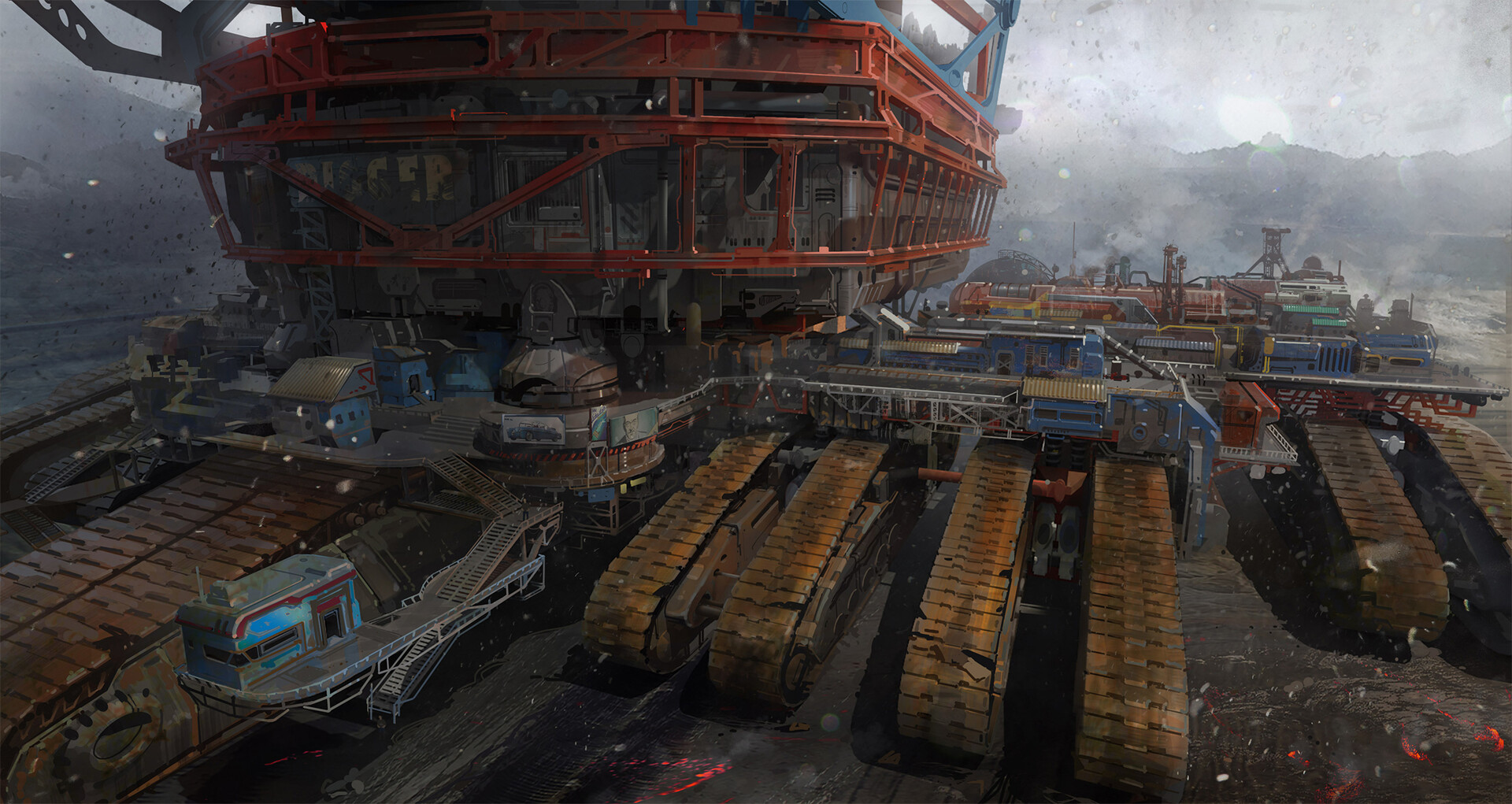