Far Harbor
Concept art of the arrival to the Island

What if I told you that there's a secret. A big secret. Here on this island. Something way more important than just one lost girl?Kasumi Nakano 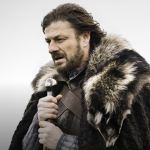