Widow's Perch is a location in the Ash Heap region of Appalachia in 2102.

Built on the slope of the mountain and hidden from prying eyes lurking on the ground by a Lone Wanderer's banner, the denizens of this dwelling bought themselves time, but couldn't outrun the fate that befell all of Appalachia.

Widow's Perch is a crude wooden shack built on the edge of the Ash Heap near the Forest. There is a small cooking station on the northwest side of the roof. The top floor has random debris piles, an armor workbench and a brewing station. There is a mattress and wooden crate on the next floor down. The bottom level has a suspended bridge that extends across to a billboard with a gap in the middle. In the pit below the gap, there is a level 3 locked safe. There is a footlocker and a cooler at the end of the billboard bridge.

Widow's Perch appears only in Fallout 76. 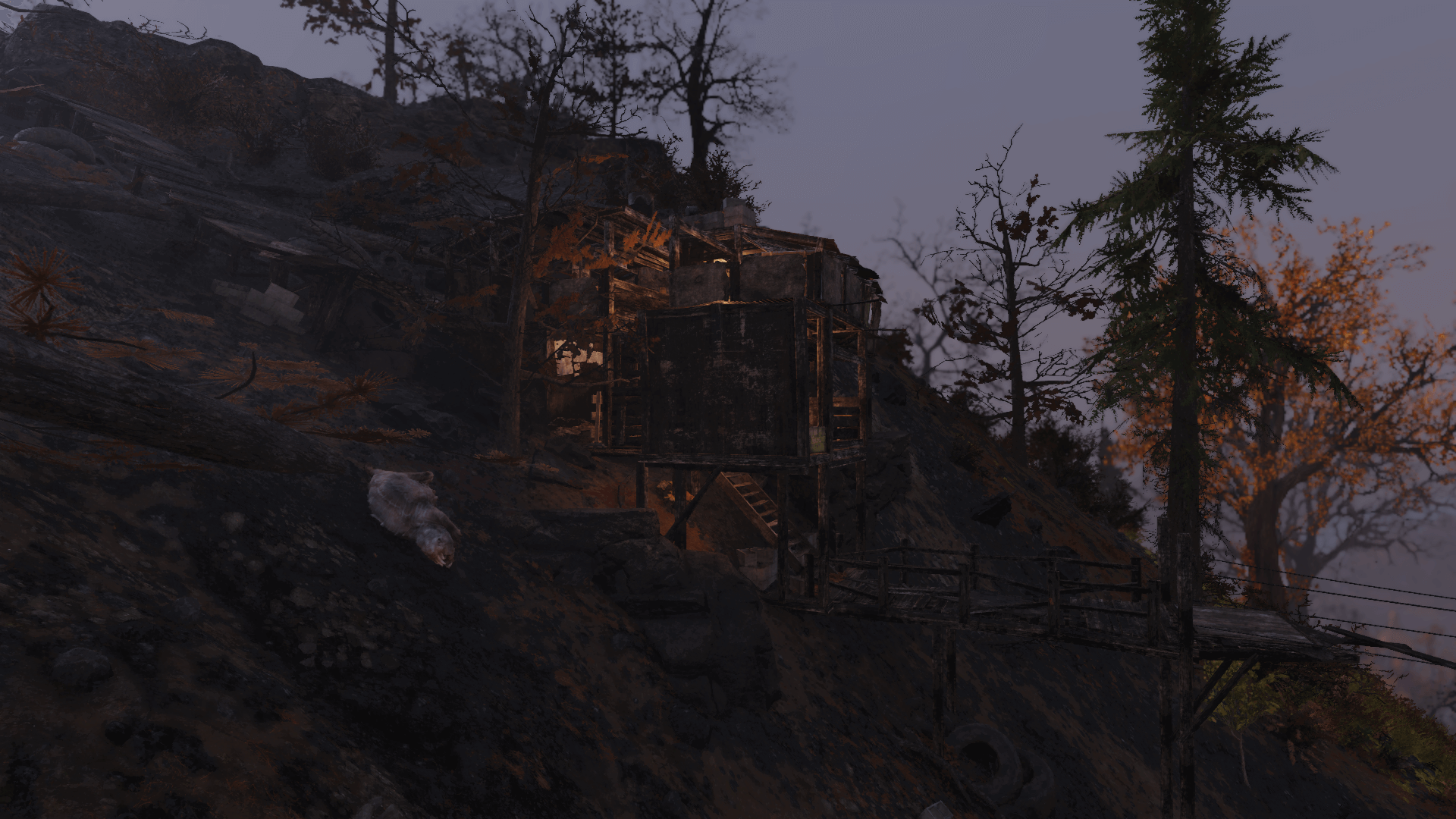