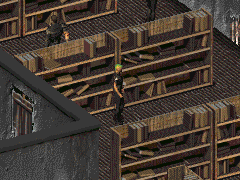 妮可是一个安详而有灵性的人，喜欢闲聊，但她相信自己的团队，相信他们用和平和非暴力的信息使世界变得更美好的计划。She may hold a philosophy of nonviolence, but Nicole hates the Children of the Cathedral, whom she believes to be evil. She has seen Morpheus and the nightkin, and believes the hospitals and good works are a sham - a cover for something dark and malevolent.[1]

Despite her tough outward appearance, she believes that violence never solves anything. Her parents were killed by marauders near the Great Glow leading her to start the Followers of the Apocalypse. She believes in bringing peace back to the land, but is at the same time distrustful of the Children of the Cathedral, especially after she heard of their malpractices via Talius.

She has a spy, Laura, inside the Cathedral of the Children who is probably the most knowledgeable person to speak to about the organization outside of the organization itself. Also one of the most coherent ones, she'd hold long anti-Children spiels.

Nicole appears only in Fallout and is mentioned in Fallout Bible. She is a talking head voiced by Pamela Adlon.

"Greetings. Hey! We're very glad you could join us. We hope you have found our humble abode to your satisfaction.""> 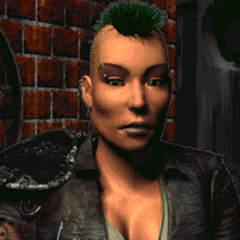 "We never give up hope. We never will, even though most live by the gun these days. And we are concerned with the Children of the Cathedral...""> 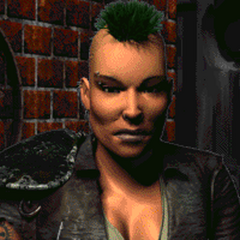 "Morpheus is the leader of the Children of the Cathedral. He is evil, and that fact must be exposed.""> 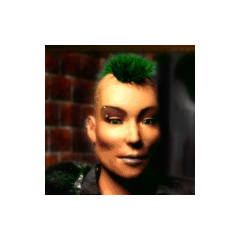