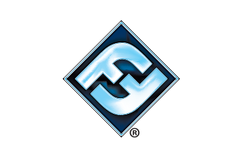 Fantasy Flight Games is a company that develops and publishes role-playing, card and board games, founded in 1995 by Christian Petersen.

Founder and former CEO Christian Petersen established the company in 1995, initially as a publisher of European comics in the United States. It became notable for publishing Twilight Imperium, a board game noted for its detail, in-depth strategy and unusual length. Fantasy Flight Games is currently the fifth largest publisher of board games in the world.[1]

The company has created and published a number of games for various franchises including Star Wars, Warhammer, Lord of the Rings, Battlestar Galactica and Game of Thrones. In 2014, the company merged with French board game publisher Asmodée Éditions. Fallout: The Board Game, a board game based on the Fallout series, was released in November 2017[2] and Fallout Shelter: The Board Game was released in July 2020.

Fallout: The Board Game is a tile-based board game created and published by Fantasy Flight Games. It was released in November 2017. The game is designed for one to four players, who can either compete or work together. Players can choose whether to play as a human, ghoul or super mutant.

The Fallout: New California expansion brings new quests, companions, vaults, and items to Fallout: The Board Game, letting you venture out into the wasteland as five new characters. While there, you can wander across twelve new map tiles that expand the scenarios found in the original game or head into sunny New California and visit some of the most memorable locations from throughout the Fallout series.

Fallout Shelter: The Board Game