Super Duper Mart is a grocery store within Lexington in 2287.

In front of the main entrance are a number of Mr. Handy fuel canisters and an icebox, while the rear entrance is a garage with two terminals controlling the doors on each side. The terminal on the outside is locked, needing rank 1 of Hacker to gain access. Inside the garage are Minuteman Emma's body and two feral ghouls. Both entrances are marked with the railsign for "danger." Outside the building front entrance is an empty field. Usually this area is inhabited by feral ghouls, but a behemoth will spawn after the player reaches level 40.

The sales floor of the building is in a severe state of ruin, with most of the shelving collapsed, debris from the roof littered across the floor and bodies sprawled throughout the store. Hiding among the bodies are live feral ghouls, awakening when the Sole Survivor gets close, while others will crawl in through the windows from outside. Following the left wall just before the checkout, there is an office with a protectron that can be activated by terminal inside. The protectron will patrol the sales floor and engage any ghouls near the aisles, but it will not enter the back rooms.

Further down the checkout section is another office that has a locked safe under the desk. In the locked pharmaceutical section is a dead Minuteman and a number of feral ghouls. The back rooms have an entrance further back in the store; new ghouls will spawn in the front of the store when the back is first entered. Past this entrance, the left contains numerous feral ghouls in a storeroom along with Josh's body. Just before this storeroom is a stairwell that leads down to another feral and a generator with a fusion core. The entrance to the garage is here.

In many of the smaller rooms at the side and rear of the store, additional ghouls will crawl in through the windows when entering. These ghouls are helpless during the crawling in animation, however, and can be killed opportunistically by moving quickly. 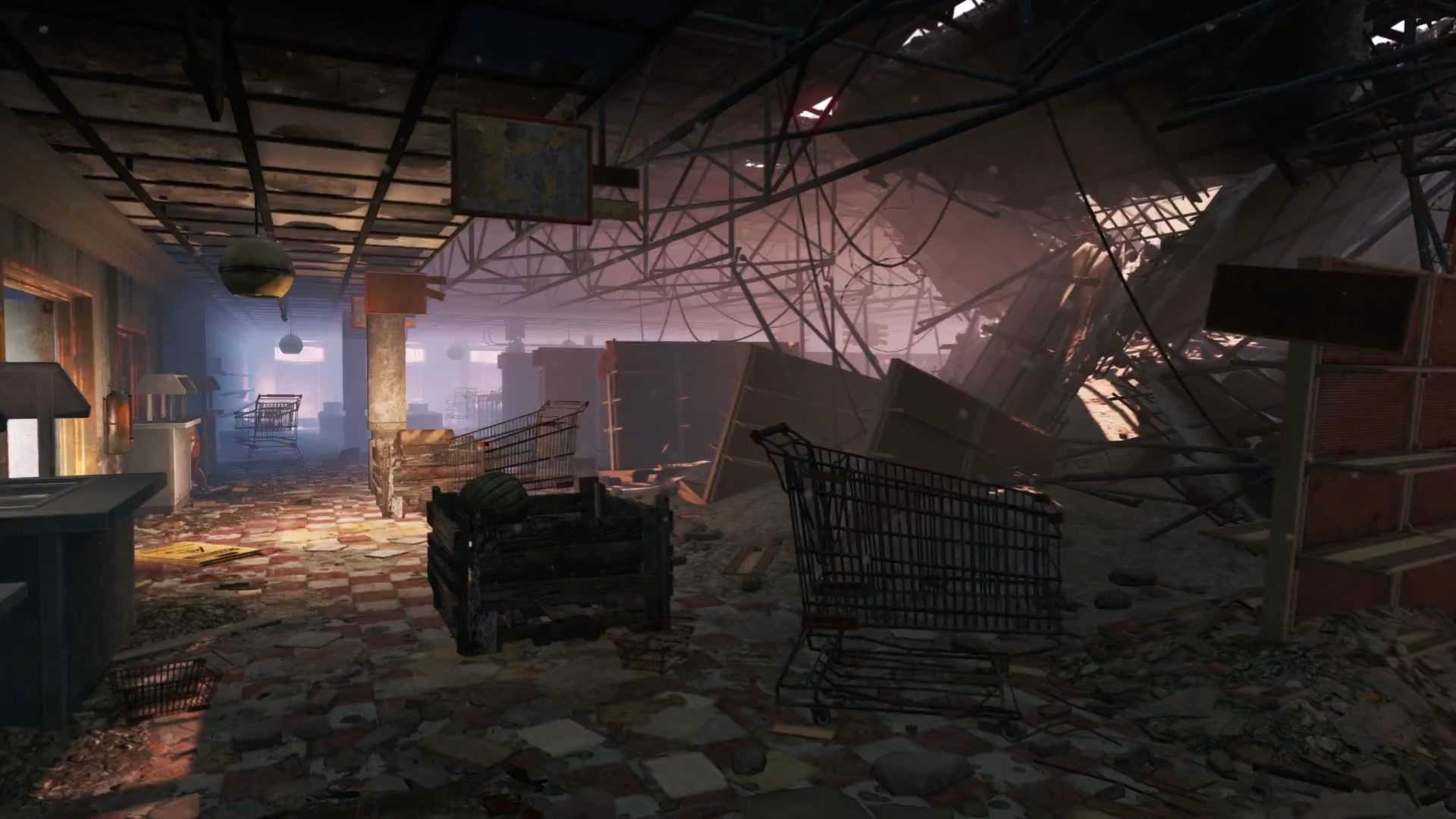 Interior, from the launch trailer 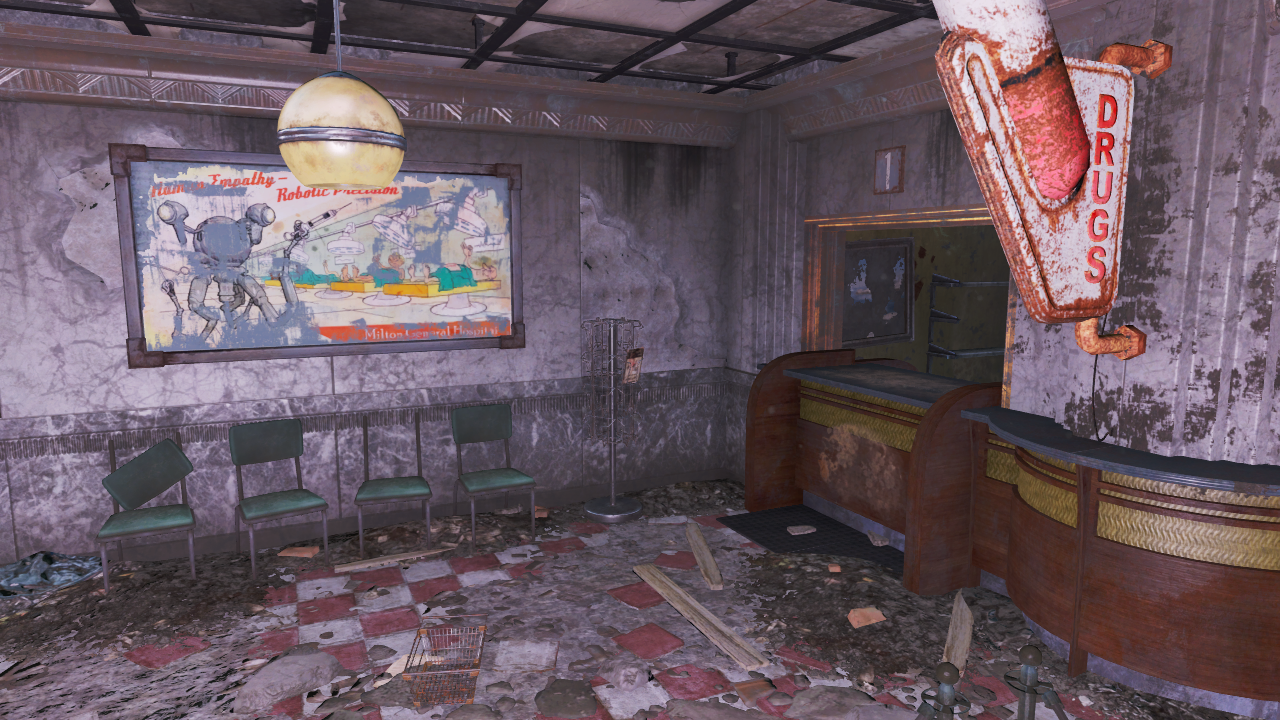 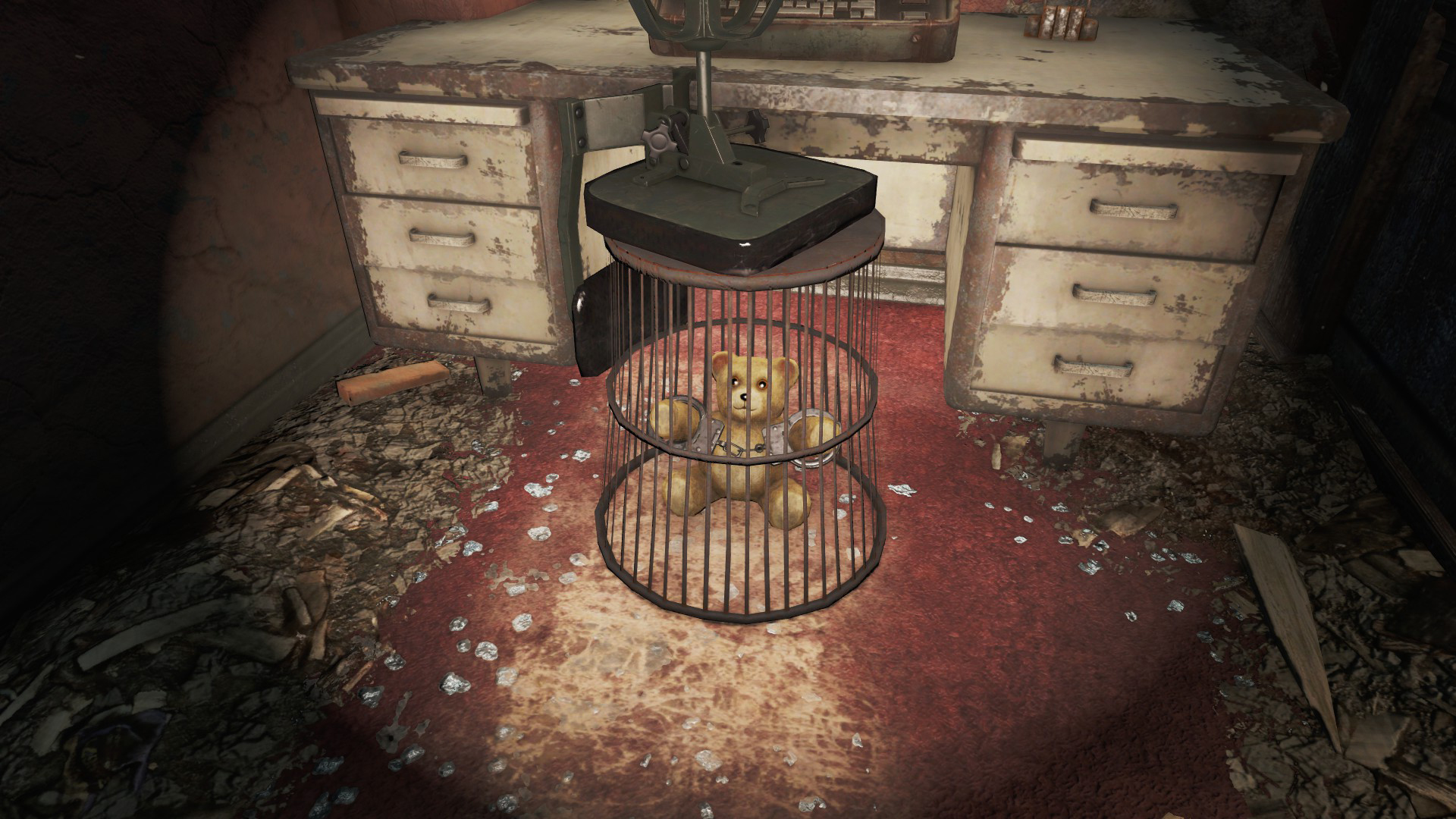 This teddy bear is cuffed and held prisoner in a trashcan. 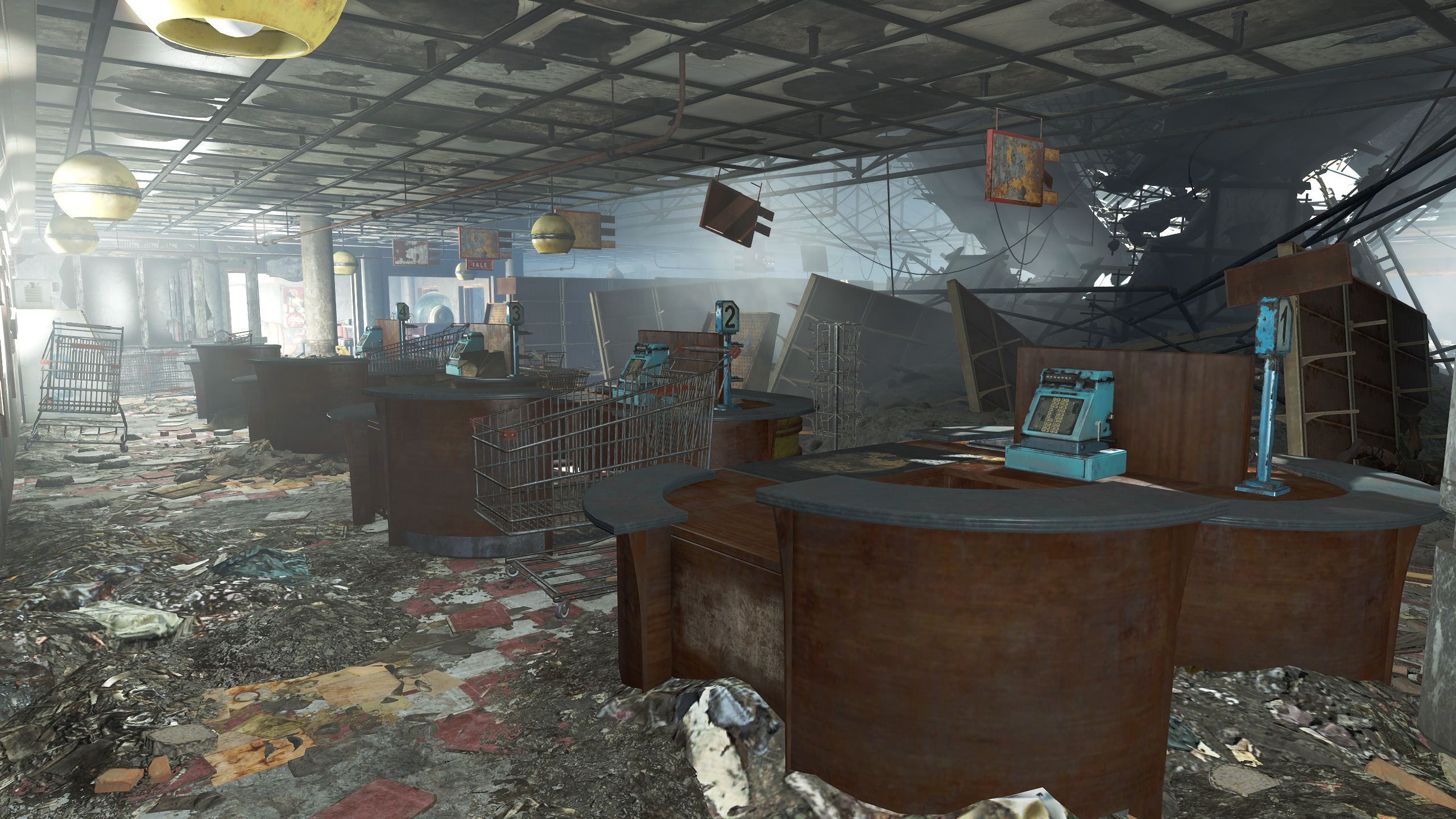 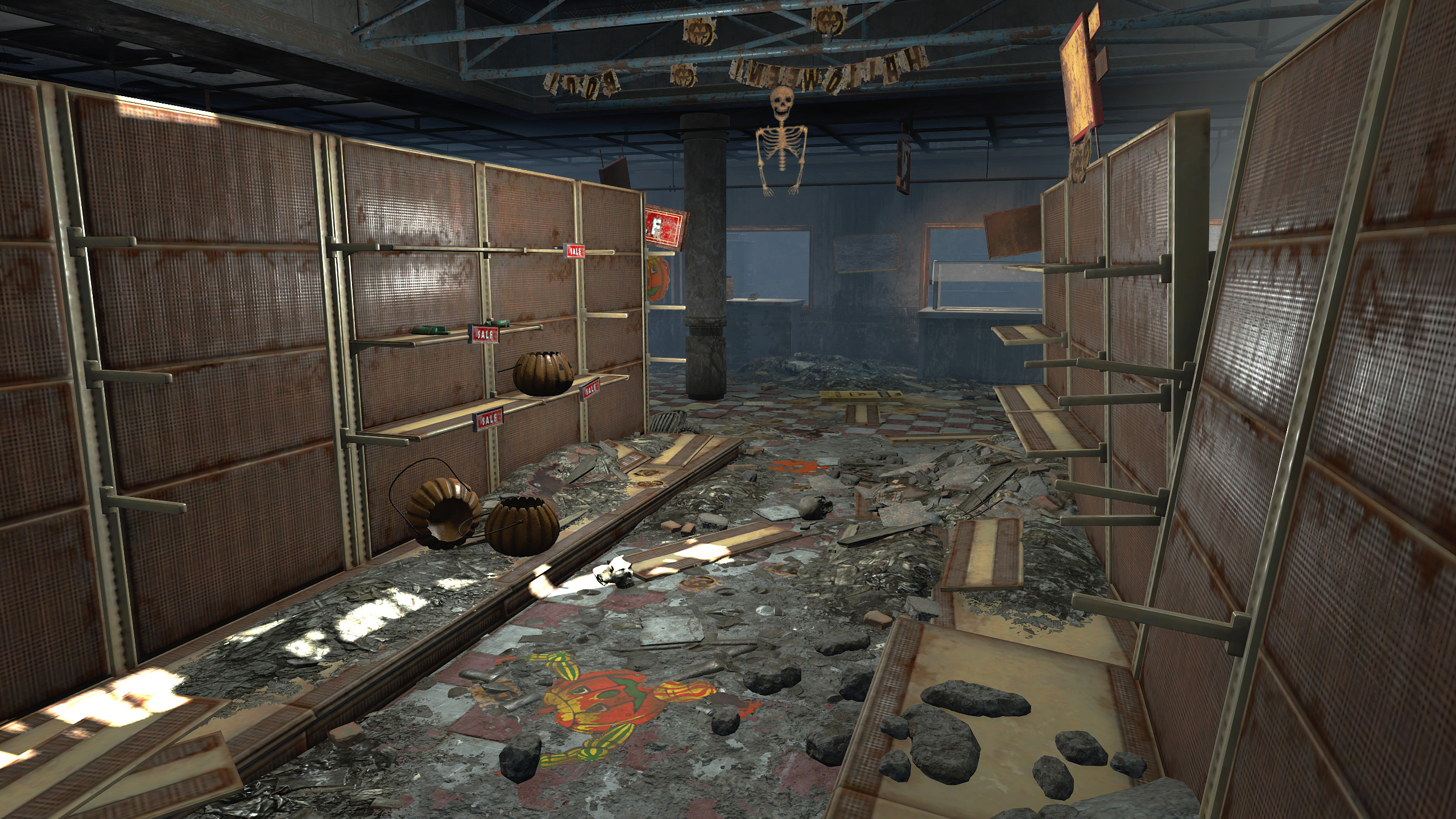 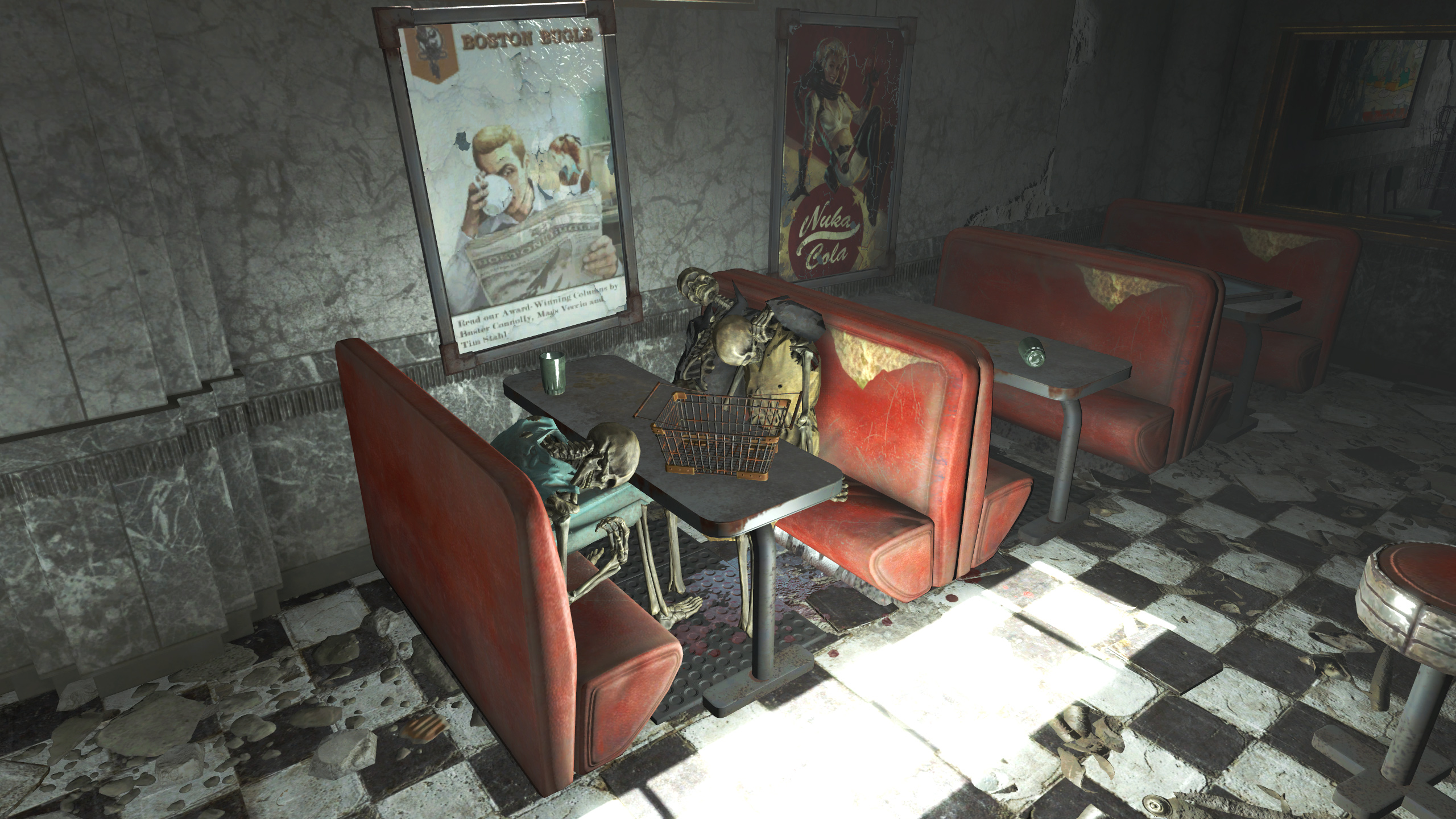 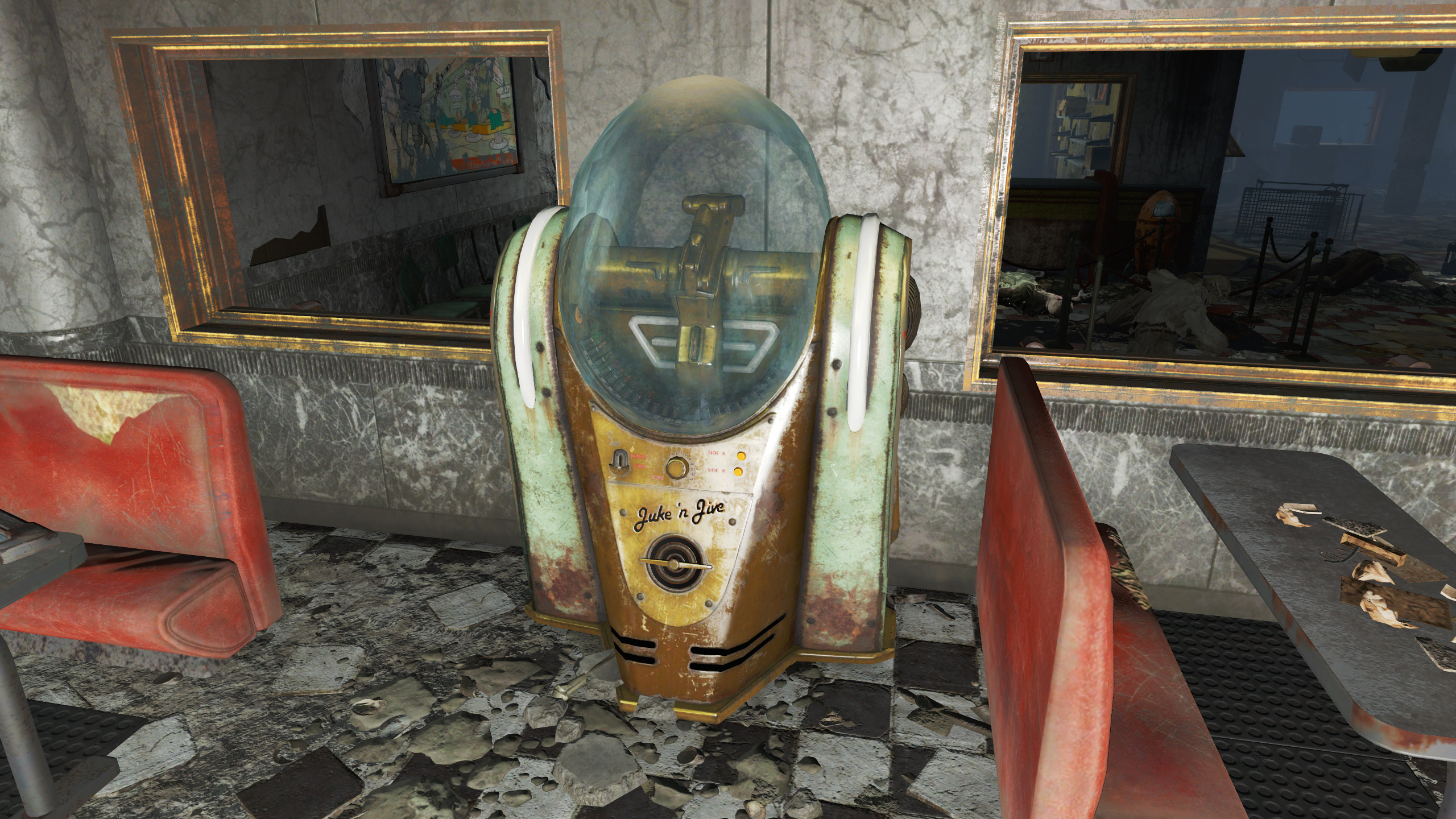 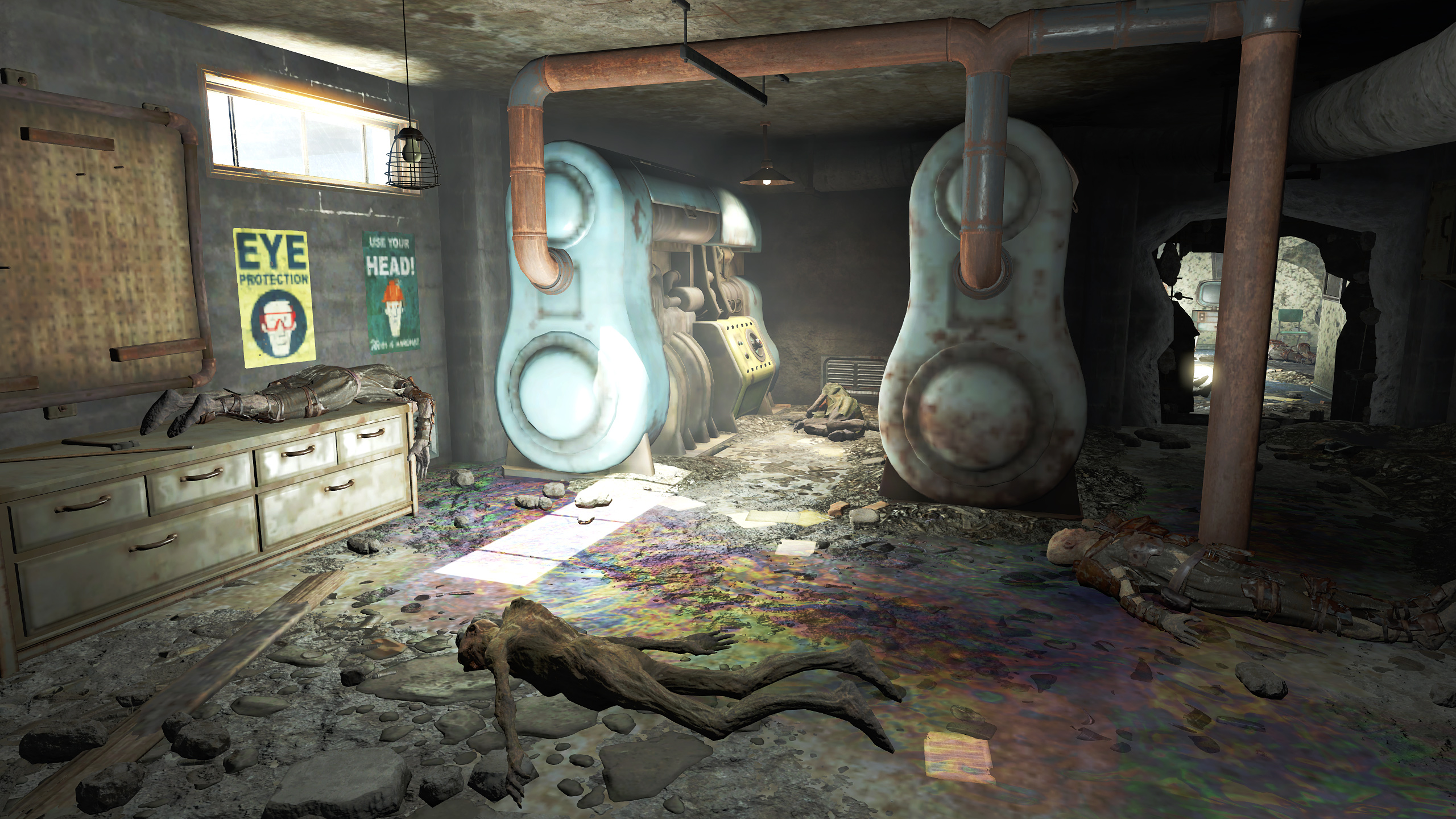 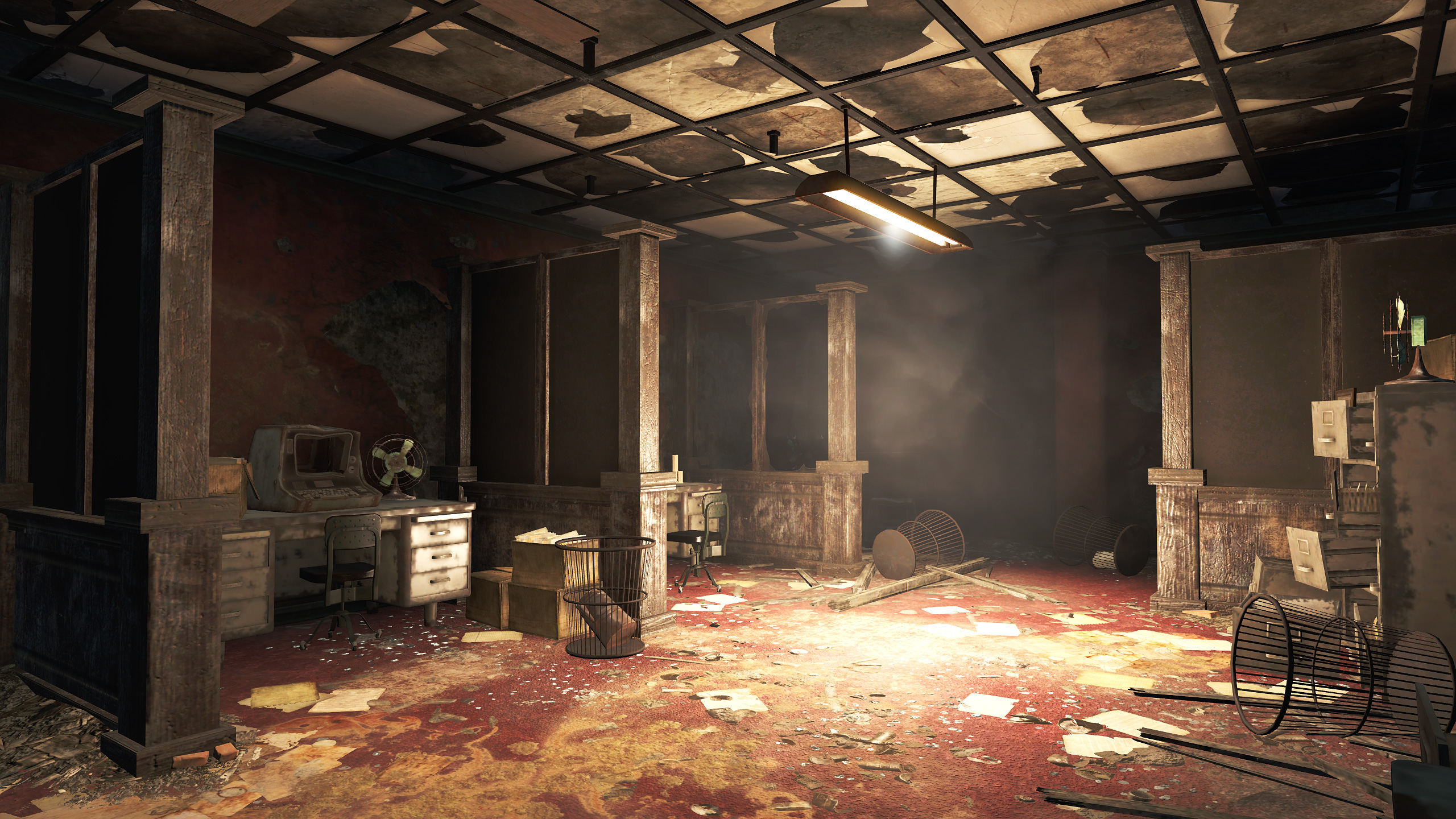