College Square is a location in the Commonwealth in 2287. 掠夺者和狂尸鬼在这里爆发过一场激烈的战斗，结果不敌尸鬼，全军覆没。

3 streets come together, and they are lined with buildings, most of which can be explored for loot. Careful, however, there are many "sleeping" ghouls, mines and traps.

A breakdown of the square starting on the south side and going around counter-clockwise is as follows:

The buildings lining the south side of the square can be explored and contain a tool case with leveled loot next to Ricca on the third floor. The building attached to this contains an advanced lock wall safe behind the counter on the second floor. Below this, there is a laundromat with assorted junk.

The northeast side of the square contains a small diner with a Novice-locked bathroom containing a first aid box. Directly to the right of the diner is a Novice-locked Pulowski Preservation shelter which contains a feral ghoul. The three story building to the left of the diner contains nothing of note, but here is a wooden walkway that leads to the roof of the neighboring building which contains some 10mm ammo next to a skeleton. The walkway will collapse as the character walks over it.

In the northern corner of the square, there is an open truck trailer with another ghoul and an explosives box in the back. The two story house on the western side of the truck leads to a wooden catwalk which crosses the north entrance to the square. This leads to the roof of the house across from the truck where there is another caps stash, steamer trunk and duffle bag with leveled loot.

The three story building on the northwest side of the square has an Advanced-locked door on the third floor which leads to a fire escape behind the building.

There is a building in the western corner of the square with nicer than usual furniture and an Advanced-locked safe behind the counter with a cash register. The stairs in the rear of this building lead to the second floor where there is more assorted junk.

地鐵站西邊有個小型資訊亭，裡面有保險箱和一個賽馬場廣告，閱讀廣告會標記易城賽馬場在地圖上。On the roof of the other kiosk is a caps stash. Under the center of College Square is College Square Station - a subway, some aspects of which seem to still be running.

College Square only appears in Fallout 4. 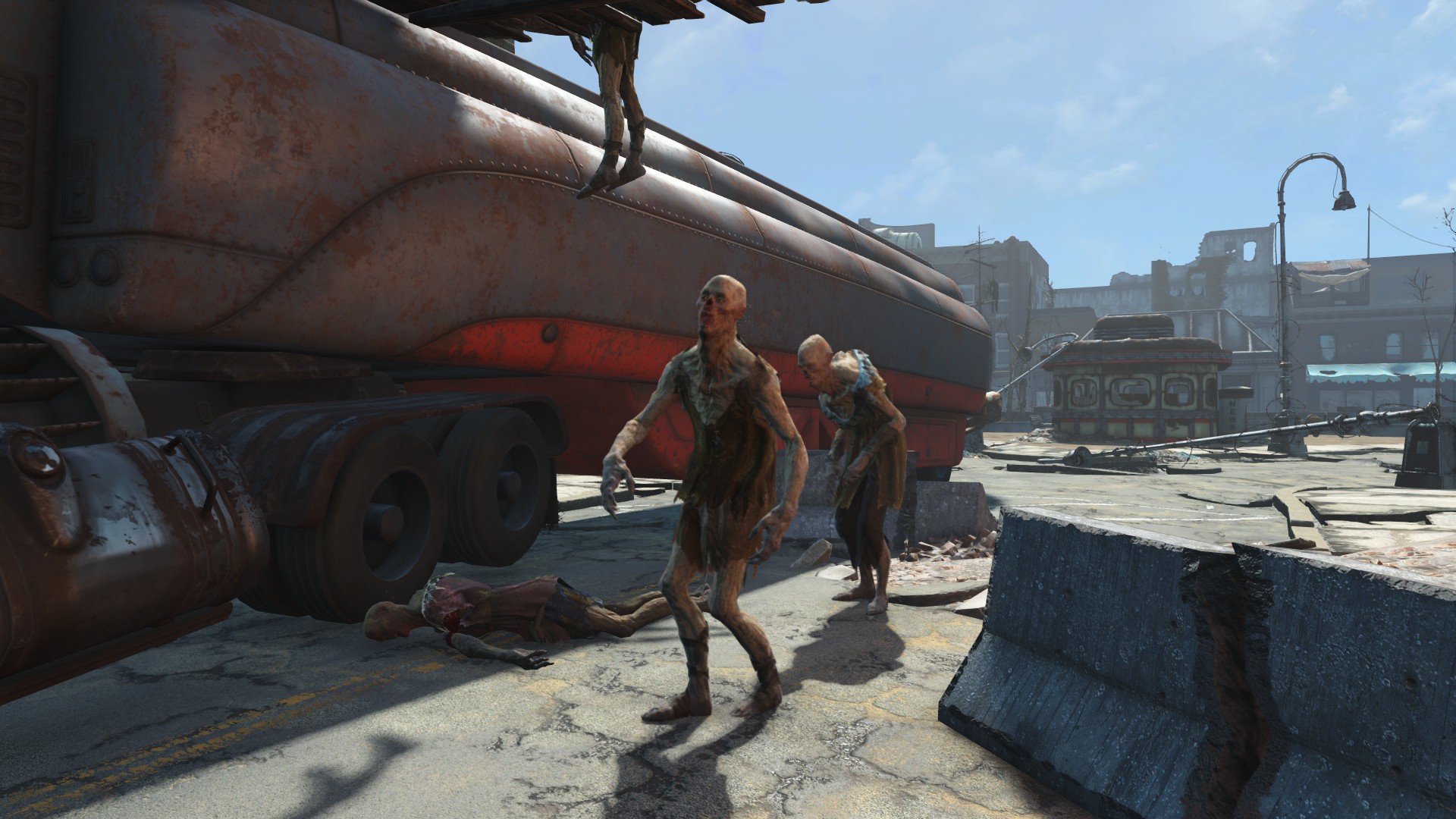 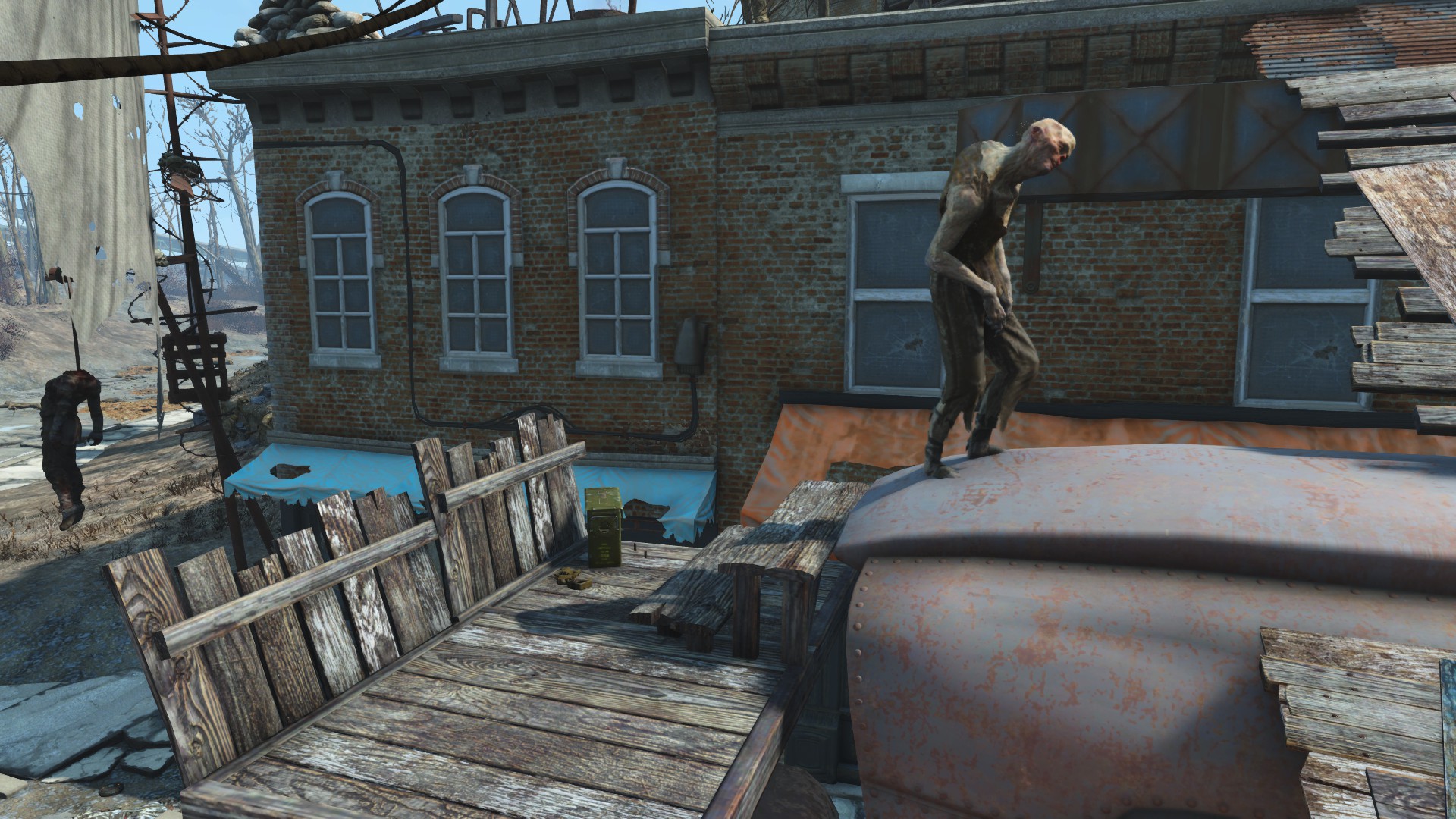 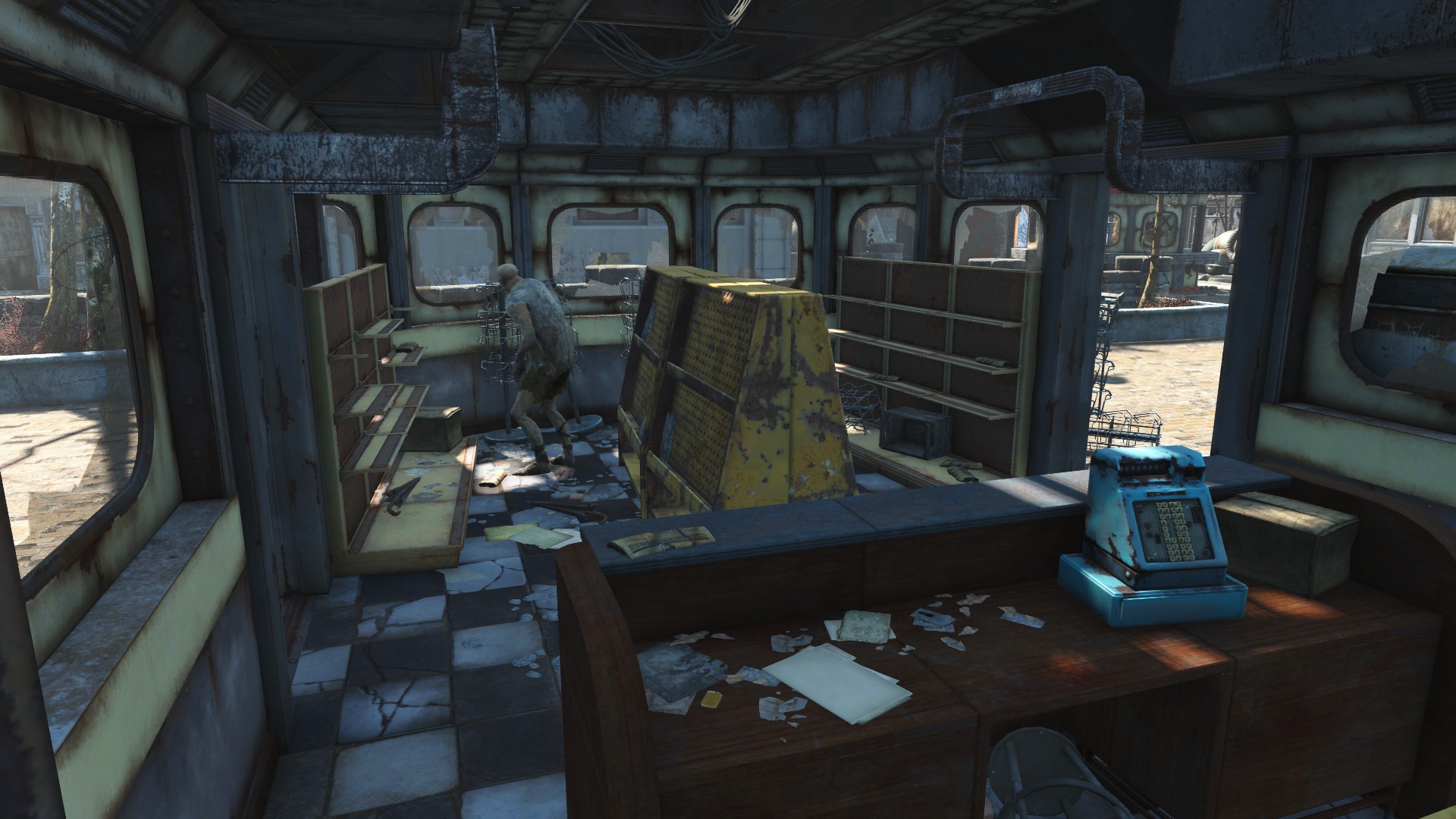 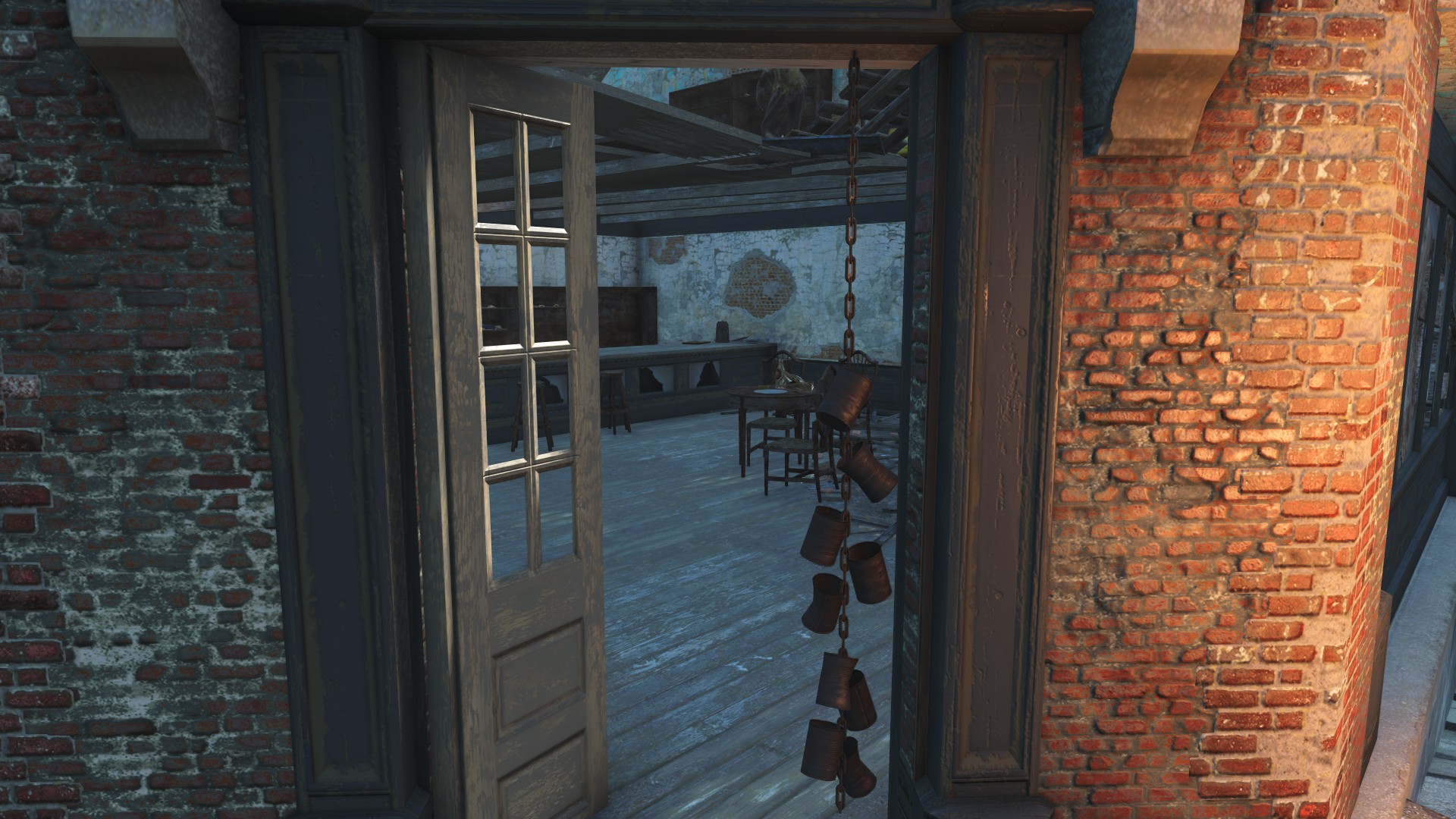 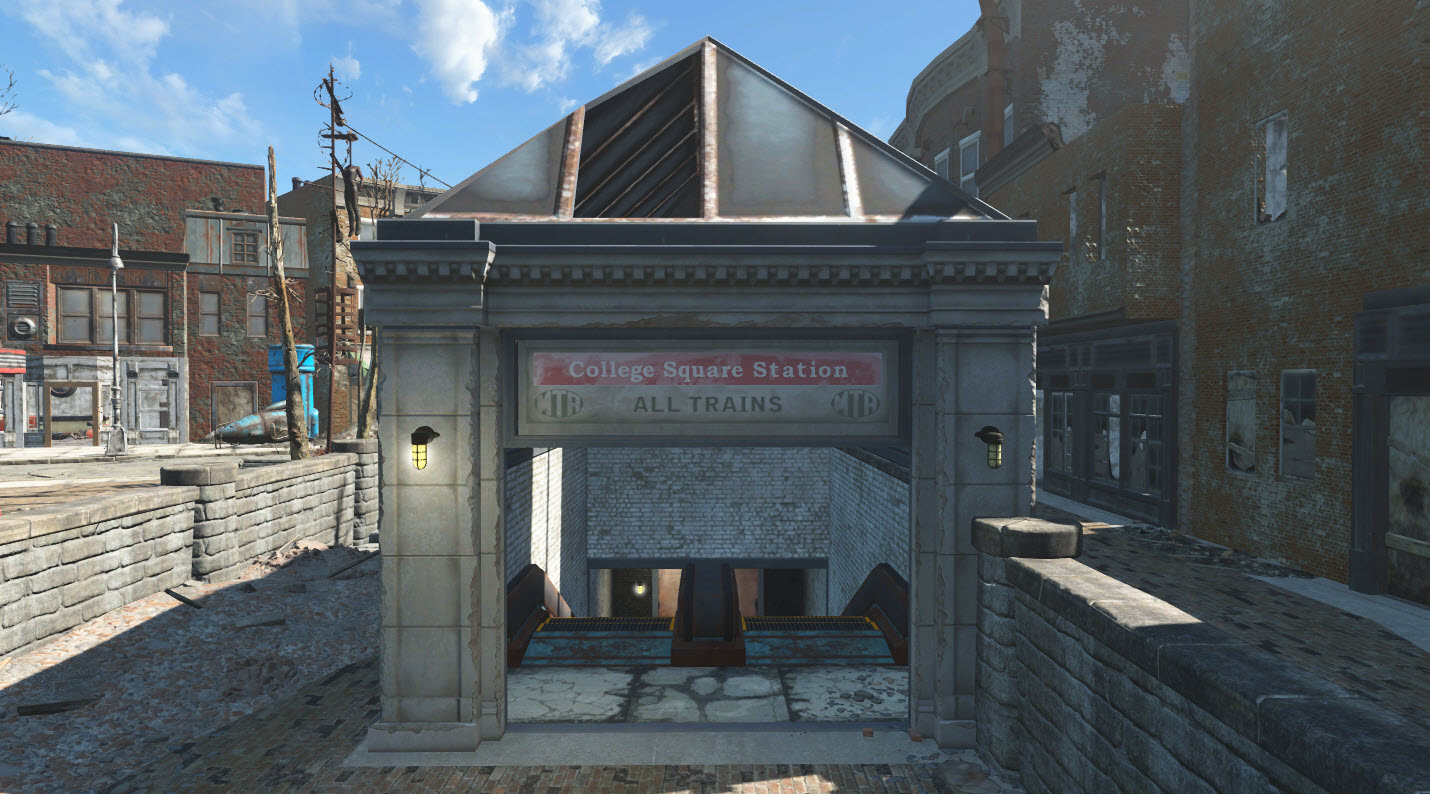 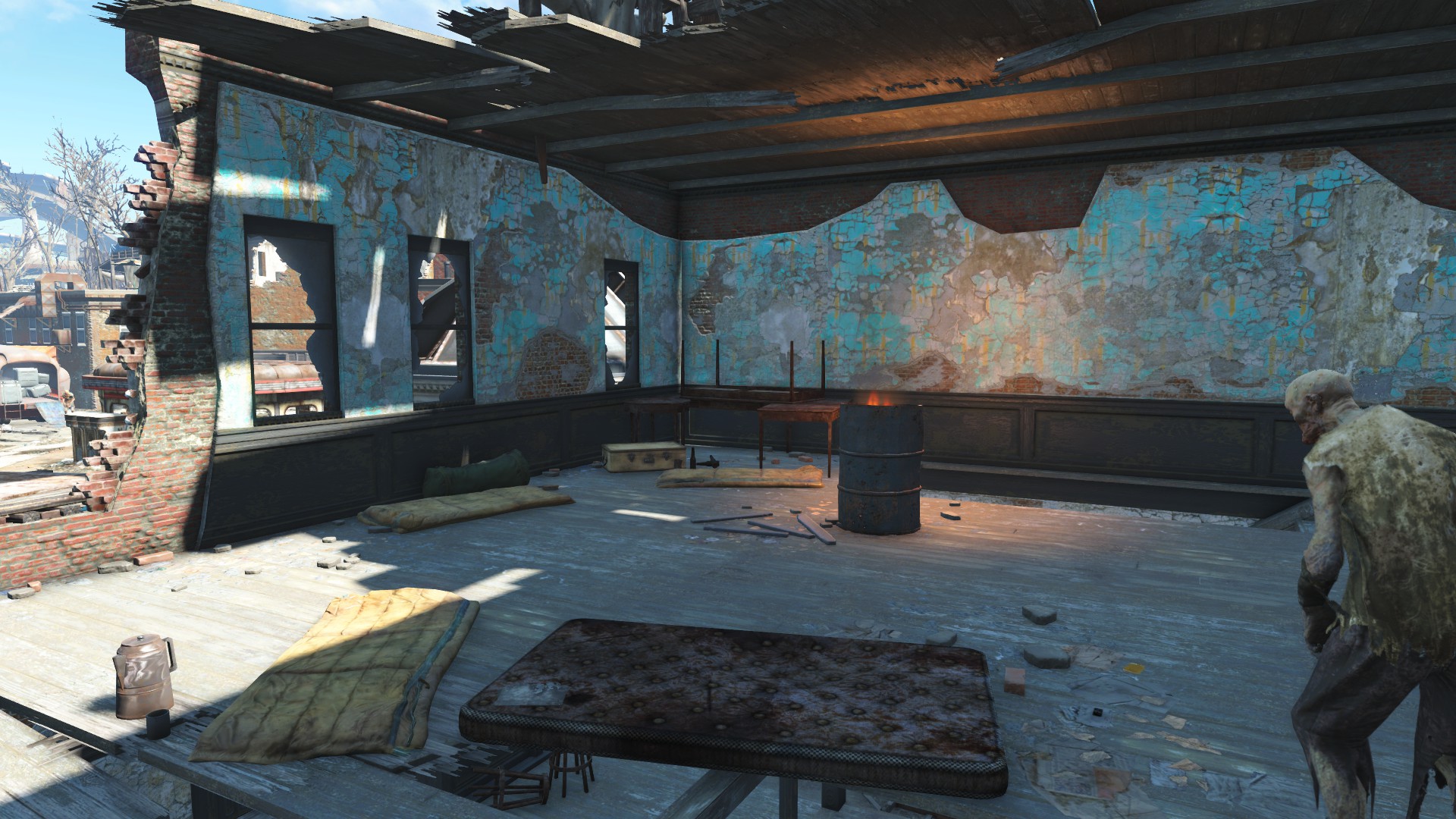 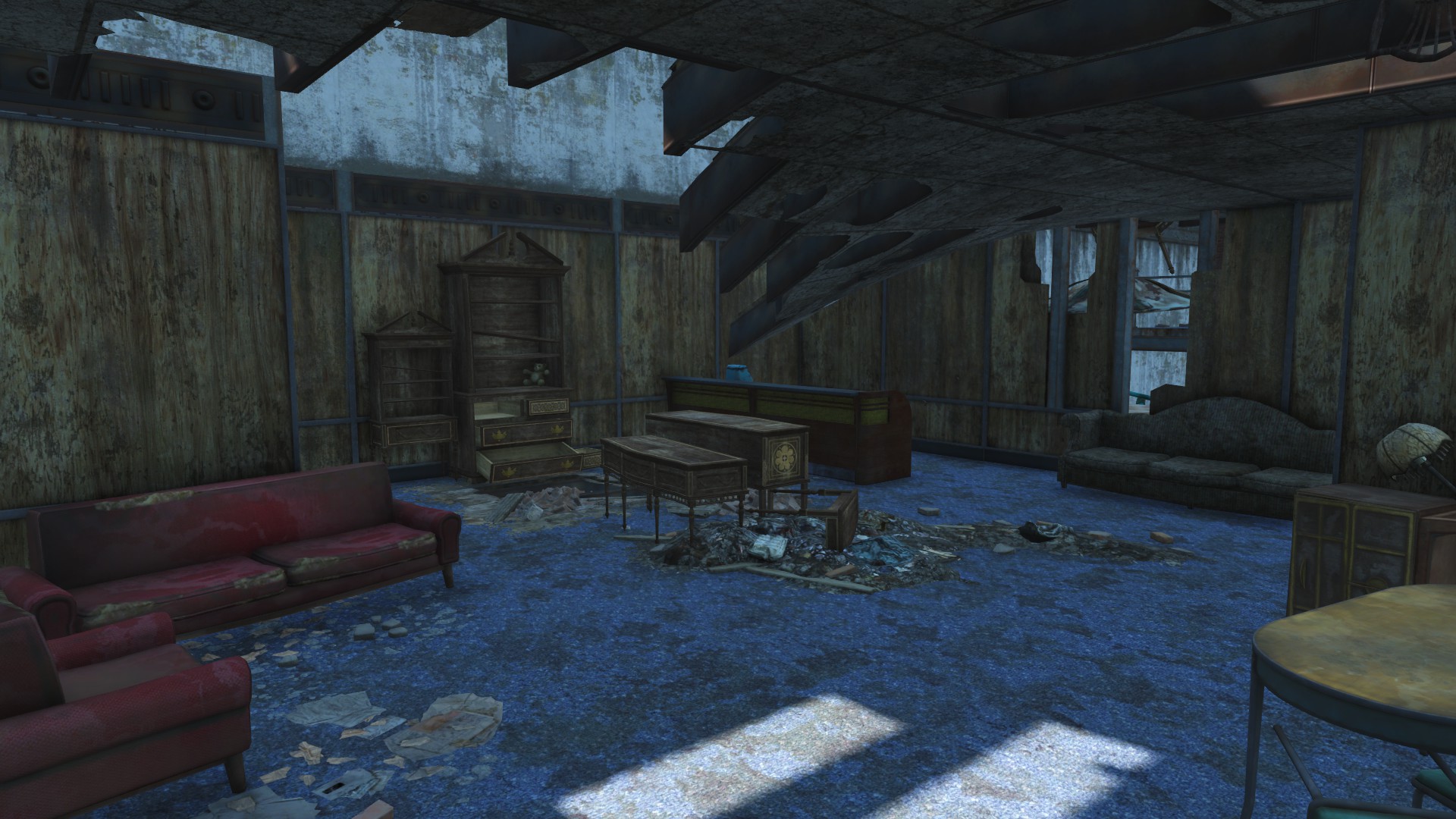 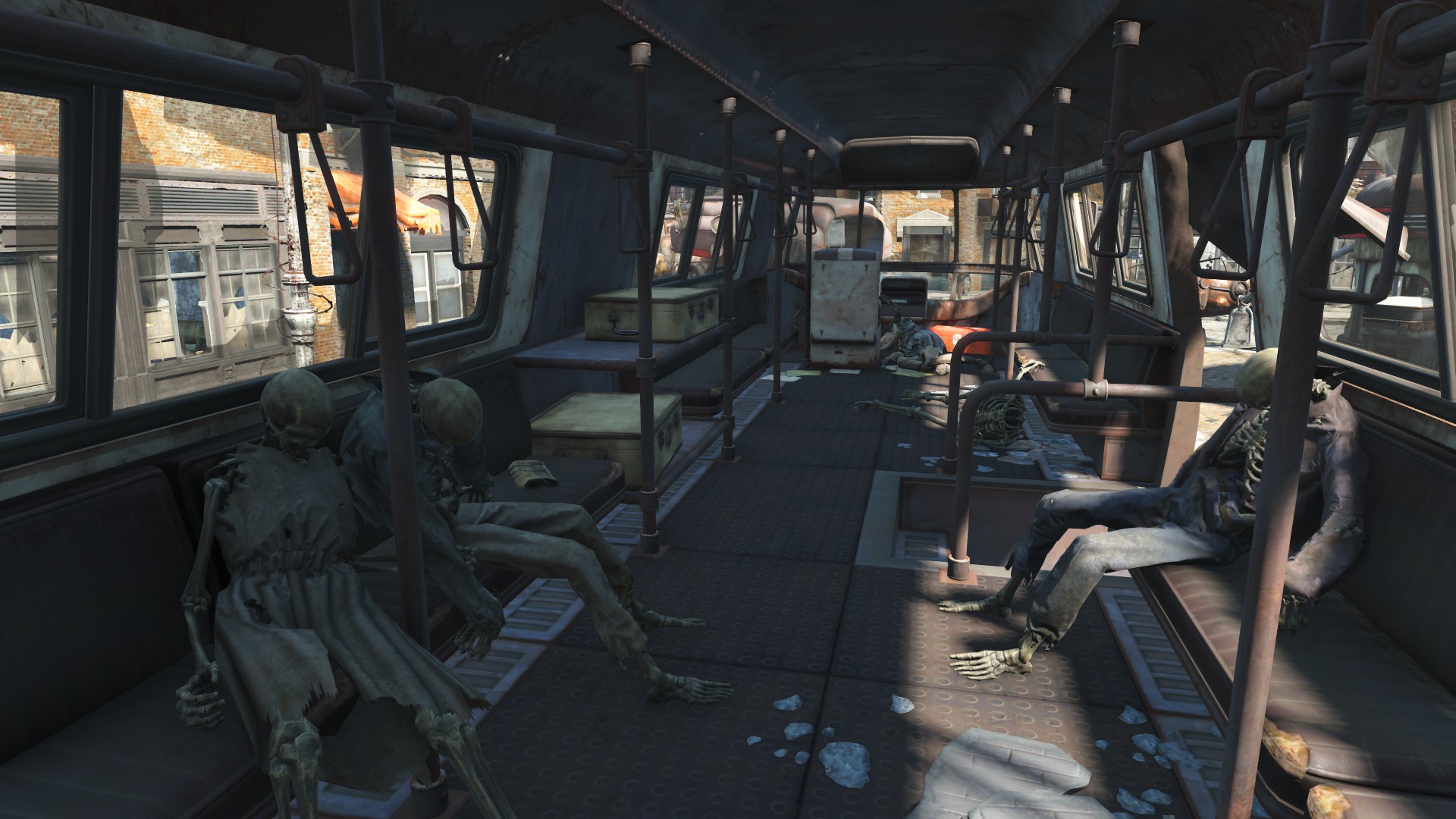 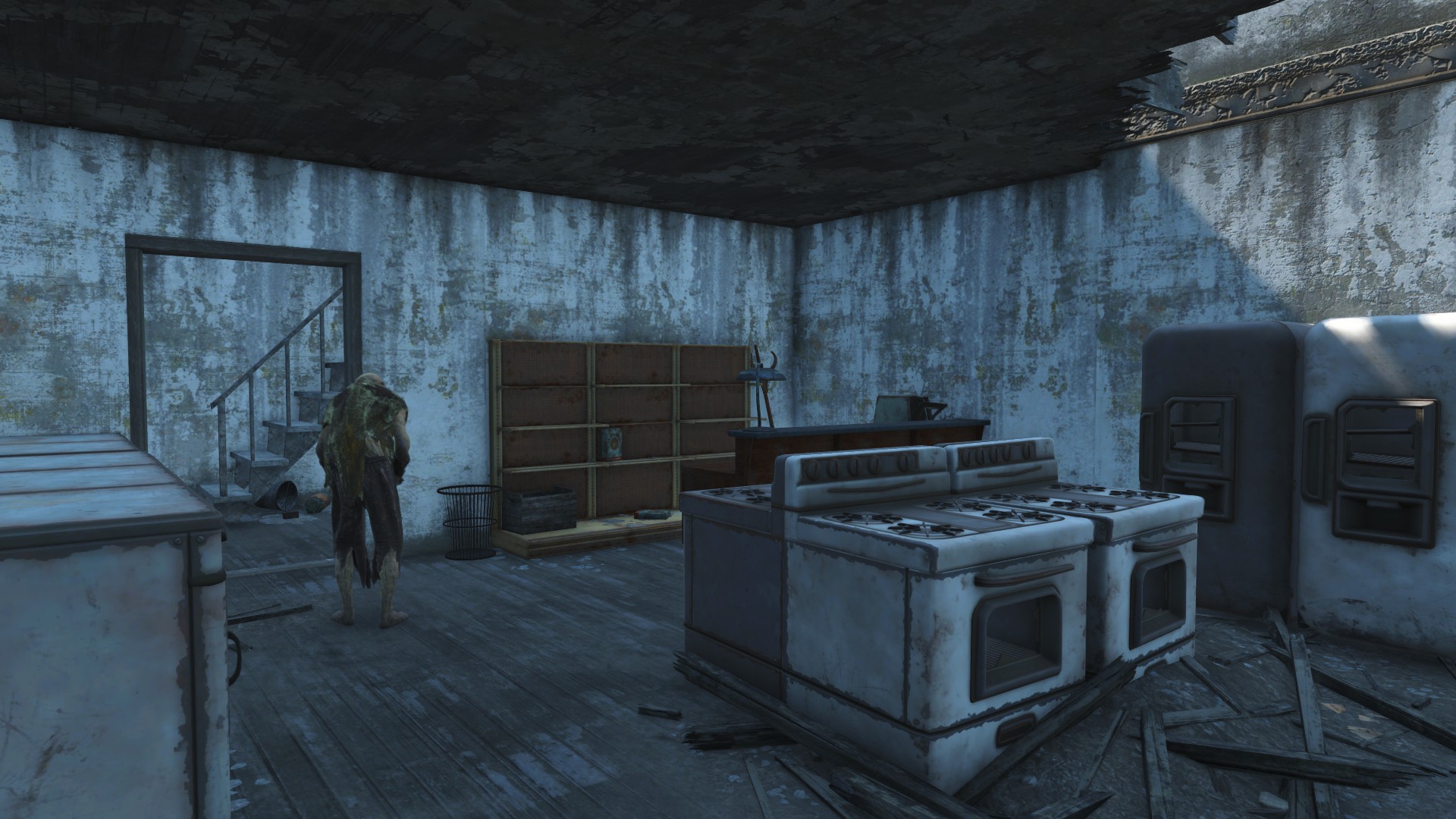