The Dolly Sods wilderness is a location in the Mire region of Appalachia in 2102.

Named after Johann Dahle, a German settler who settled near the area in the 19th century, following his service as a Hessian soldier alongside the British, and the "sods", open fields on mountainsides used for grazing, the wilderness was a notable center of logging in West Virginia. Leveraging the unique tree composition of the remote wilderness, the lumberjacks liberally exploited its supply of spruce, hemlock, and black cherry trees for decades, leading to wholesale desertification and destruction of the ecosystem by the early 20th century. The collapse of the ecosystem was a natural resort, with the logging stopping only when the last tree was felled in 1920. The desertified region was later used by the Army as a maneuver area for practicing artillery and mortar operations, as well as combat maneuvers. It wasn't until the end of World War II that major conservation efforts were undertaken.[1]

By 2077, these conservation efforts have lasted well over a century and returned large parts of the area to its original splendor, or as near as was possible. The wilderness became a major attraction for tourists and hikers, leading to the expansion of infrastructure to accommodate them. In stark contrast with the rest of Appalachia, this did not take the form of wanton destruction, but rather careful expansion with lodges and lookout points that had a minor environmental footprint.

The Dolly Sods wilderness is one of three marked locations which make up the general Dolly Sods area. The other two locations are the Dolly Sods lookout to the northwest, and the Dolly Sods campground to the south. The location contains two buildings which are connected by a dirt path - a large entrance building and a sizable residential cabin to the west, beside the lookout tower.

A yao guai often guards the front of the entrance building. Once it is dealt with, the first area after entering the front door is a large reception area, to which all the other rooms in the building are connected. To the right of reception is a large gift store with some remnants of its pre-War merchandise still intact, including toys and crockery. To the left of reception is a large sitting area with a dining table and a grand piano. The magazine rack in this room sometimes holds a magazine. There are also two storage areas in this building. One contains filing cabinets with generic loot and the other contains rifles and ammo behind a locked door (Picklock 2). Behind the main building are several outhouses, one of which contains the body of a dead vault dweller.

The door at the back of the main building opens up onto a path which leads to a two-story residential cabin with a tinker's workbench on the porch outside. The ground floor consists of a large open plan living and dining area with a fireplace and an adjoining combined kitchen and dining area. There are three rooms on the second floor - a bedroom with four bunk beds, a bedroom with a single bed and Ranger Trujillo's terminal, and a locked storeroom (Picklock 2). The storeroom contains a mole costume consisting of a tattered mole head, tattered mole outfit and mole miner gauntlet.

The Dolly Sods wilderness appears only in Fallout 76. 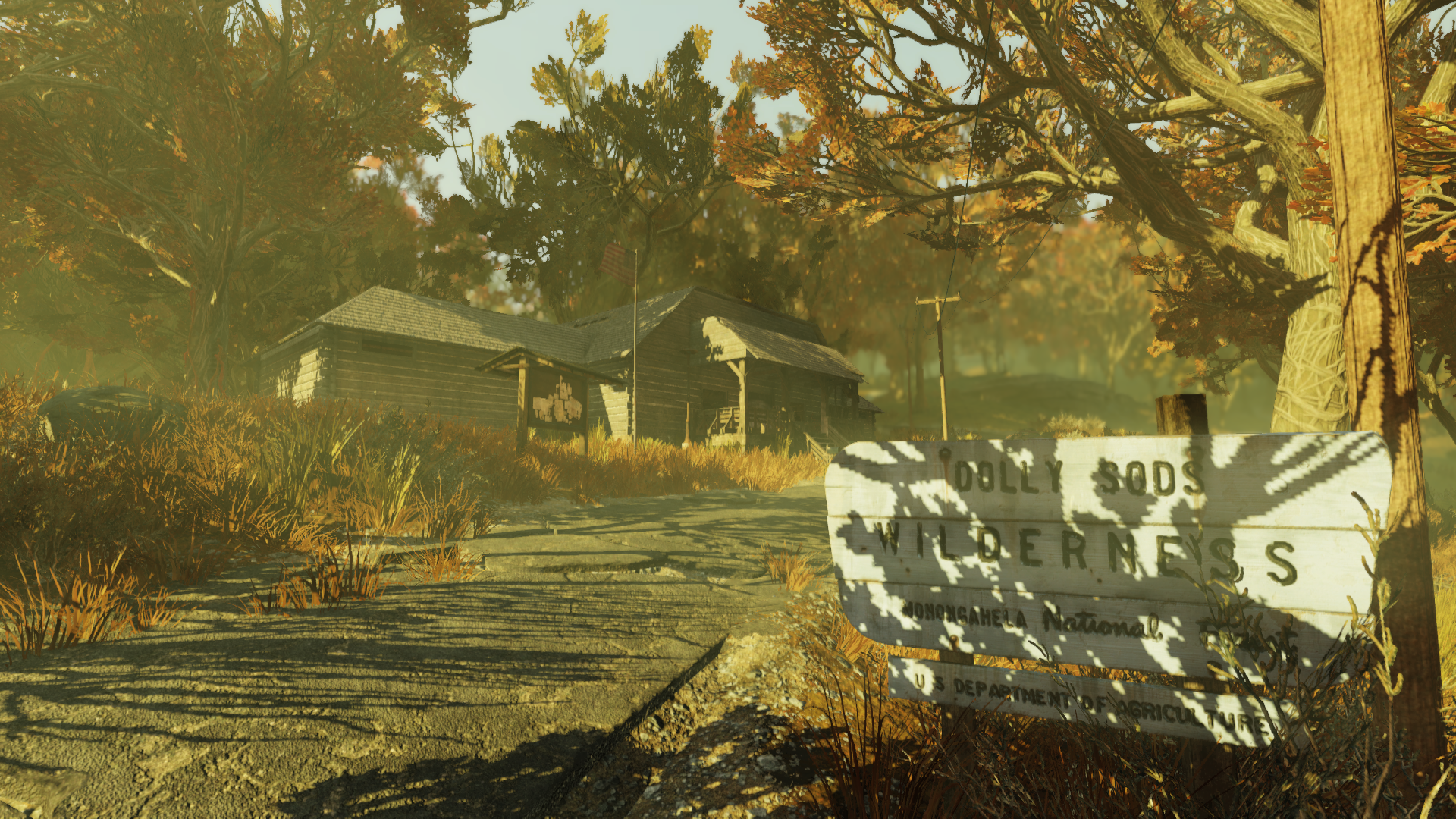 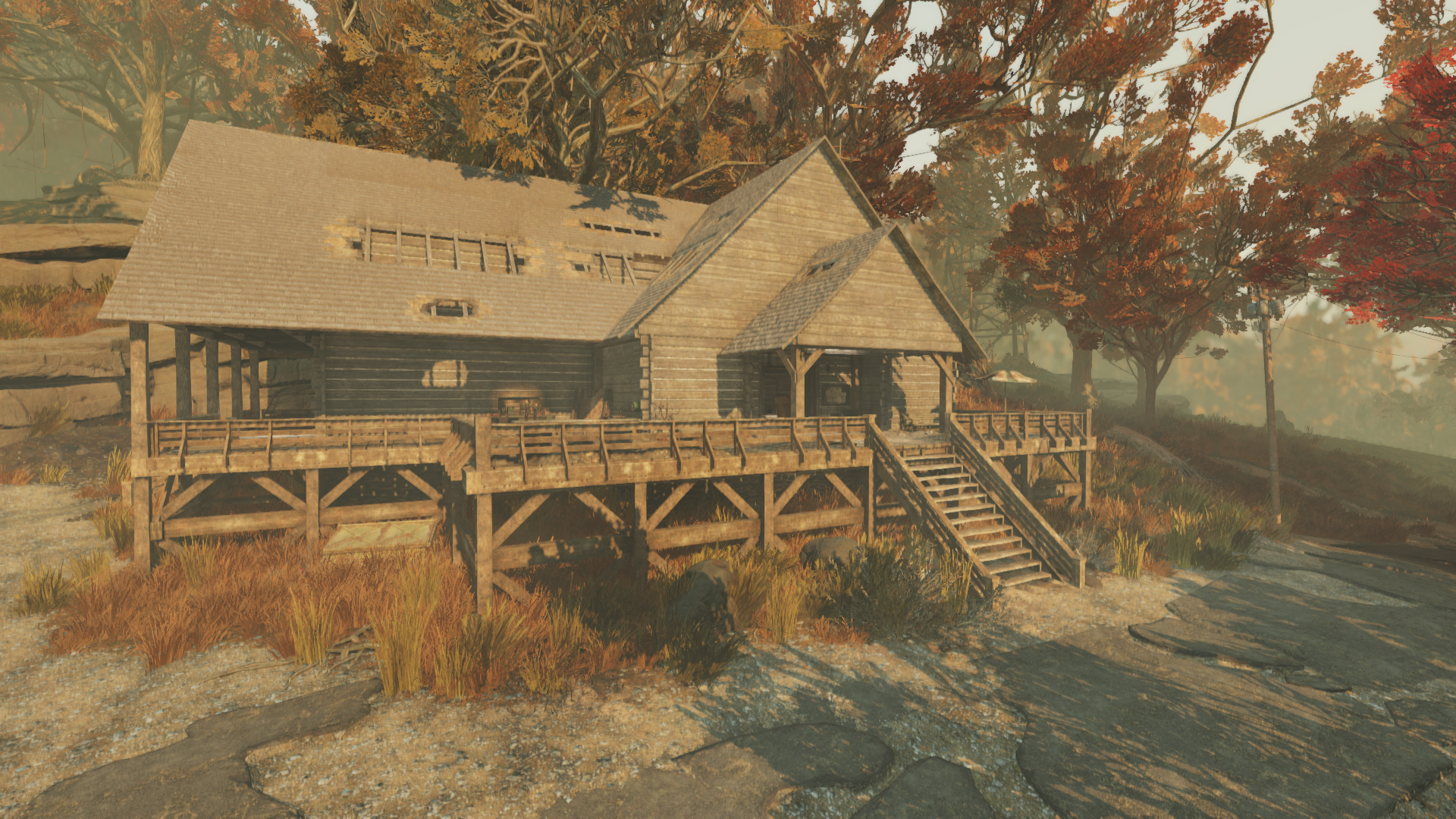 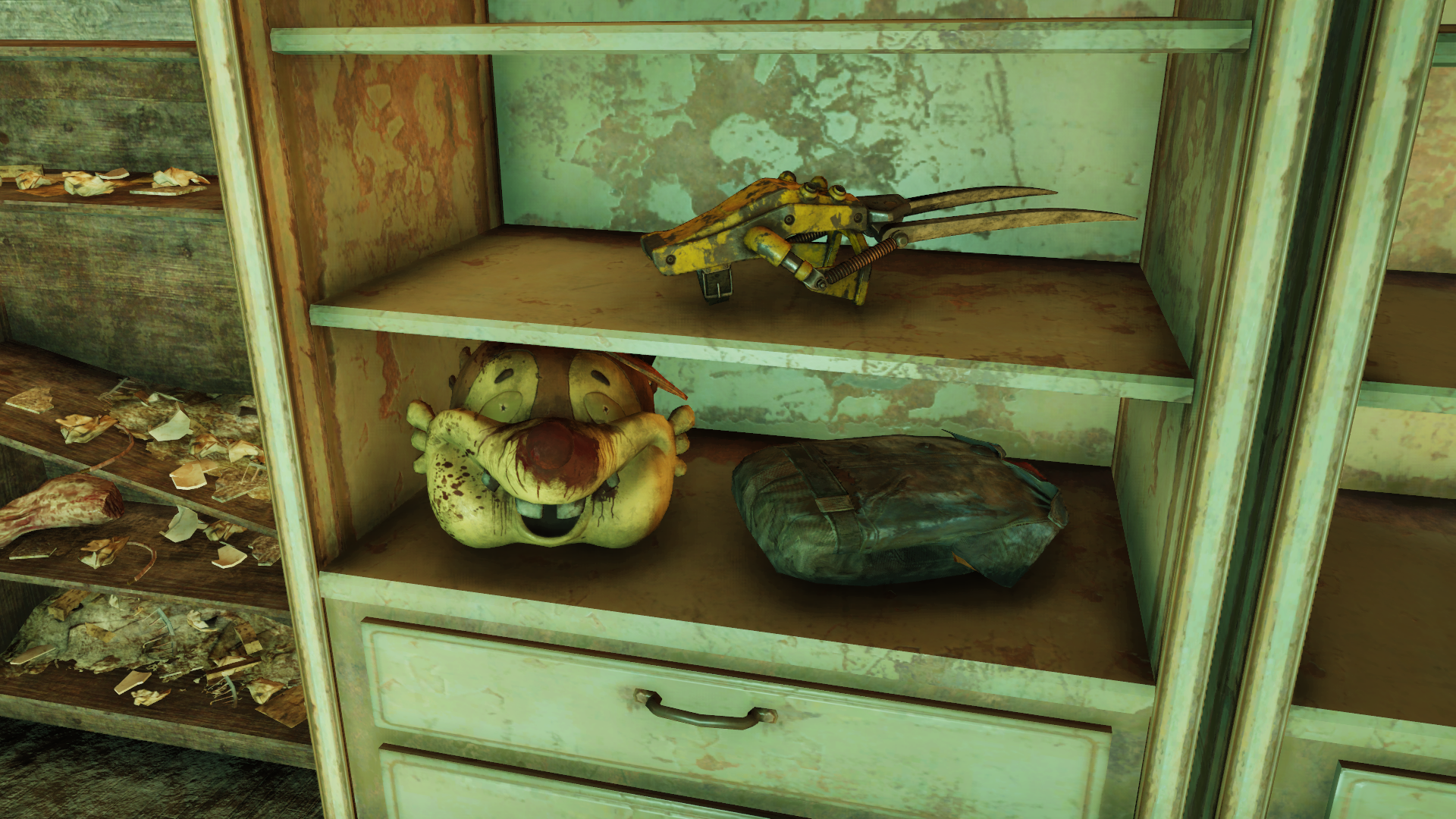 A tattered mole outfit and accessories, found upstairs in the residential cabin of the Dolly Sods wilderness 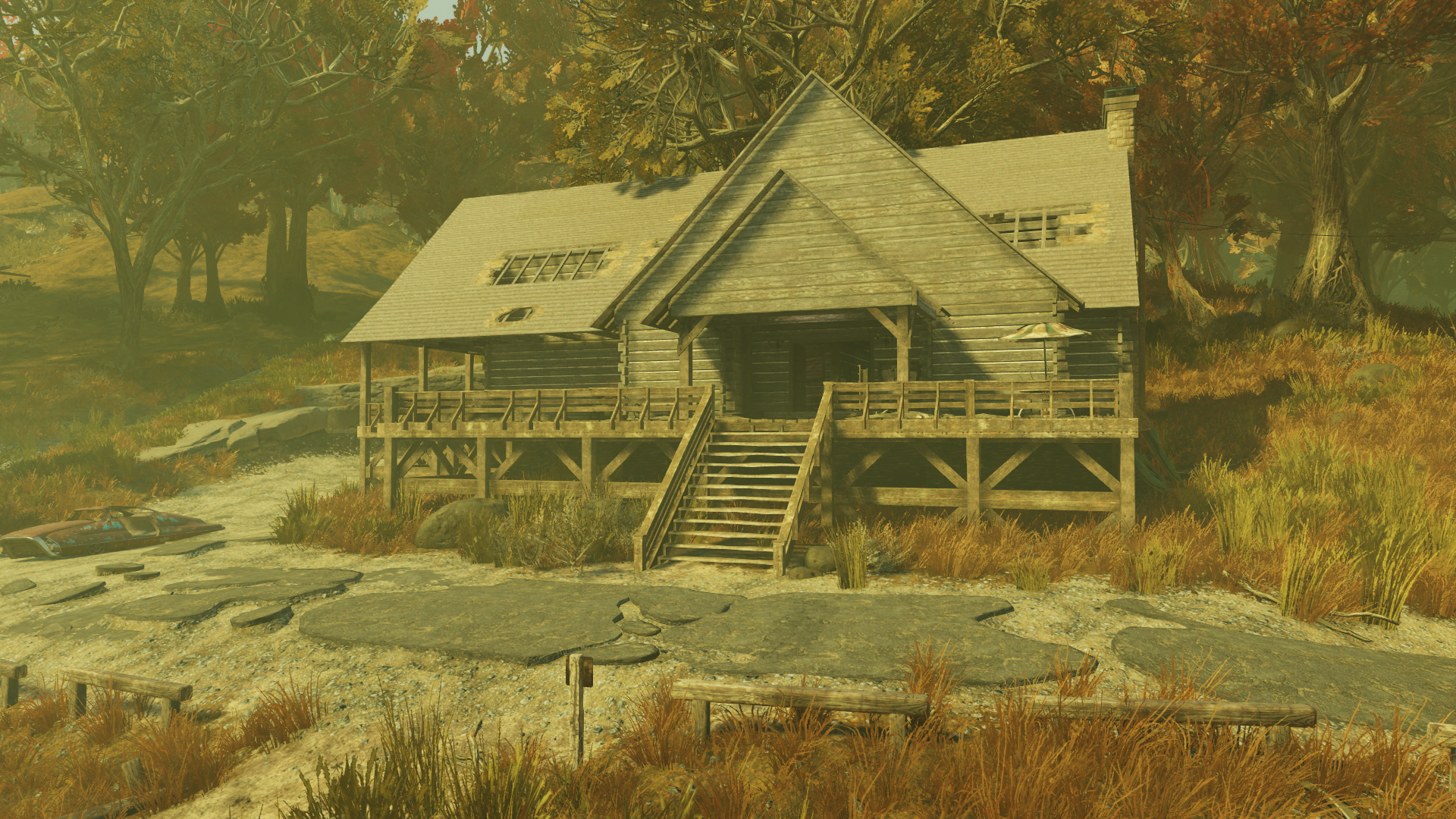 The residential cabin at the Dolly Sods wilderness 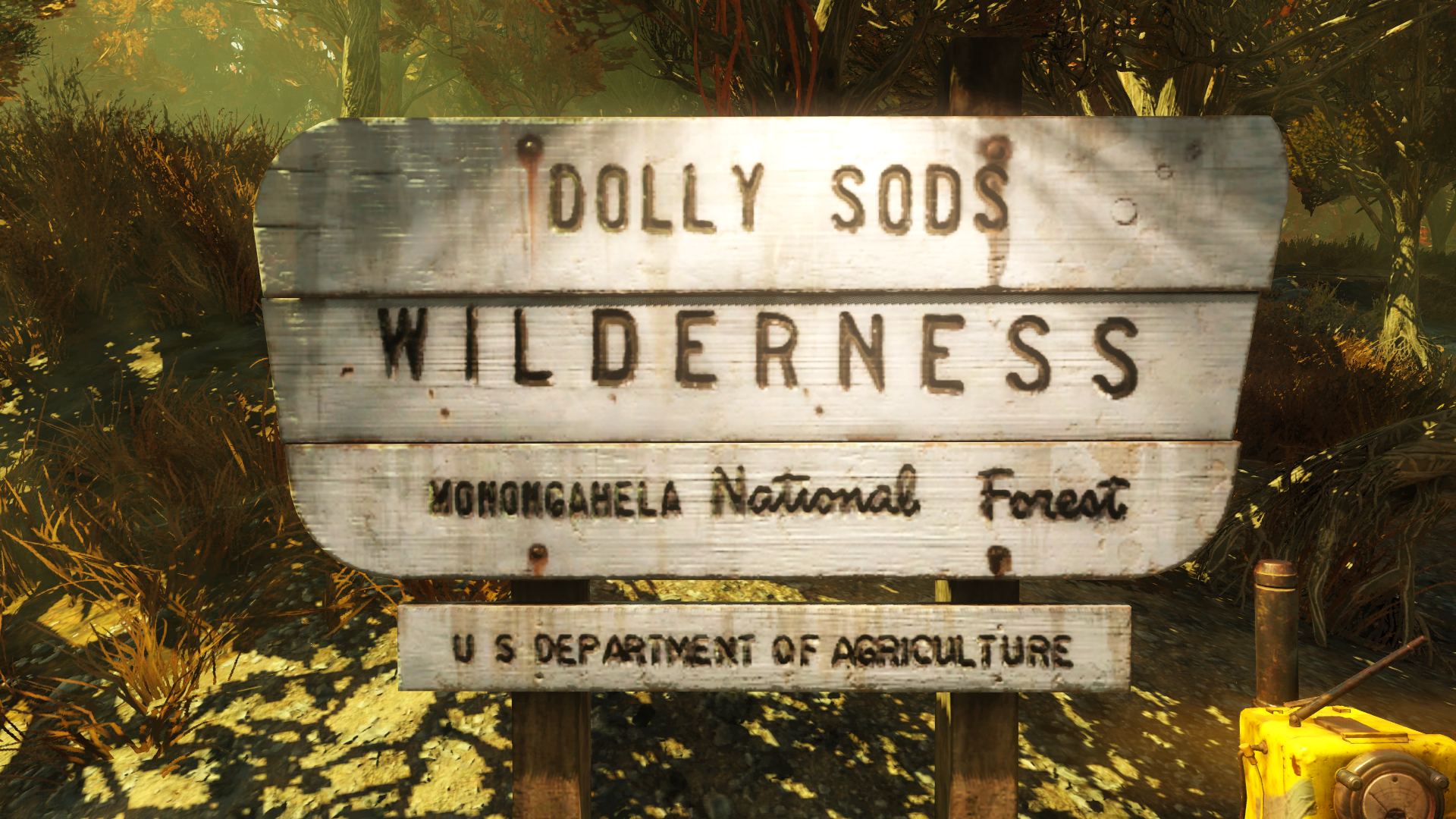 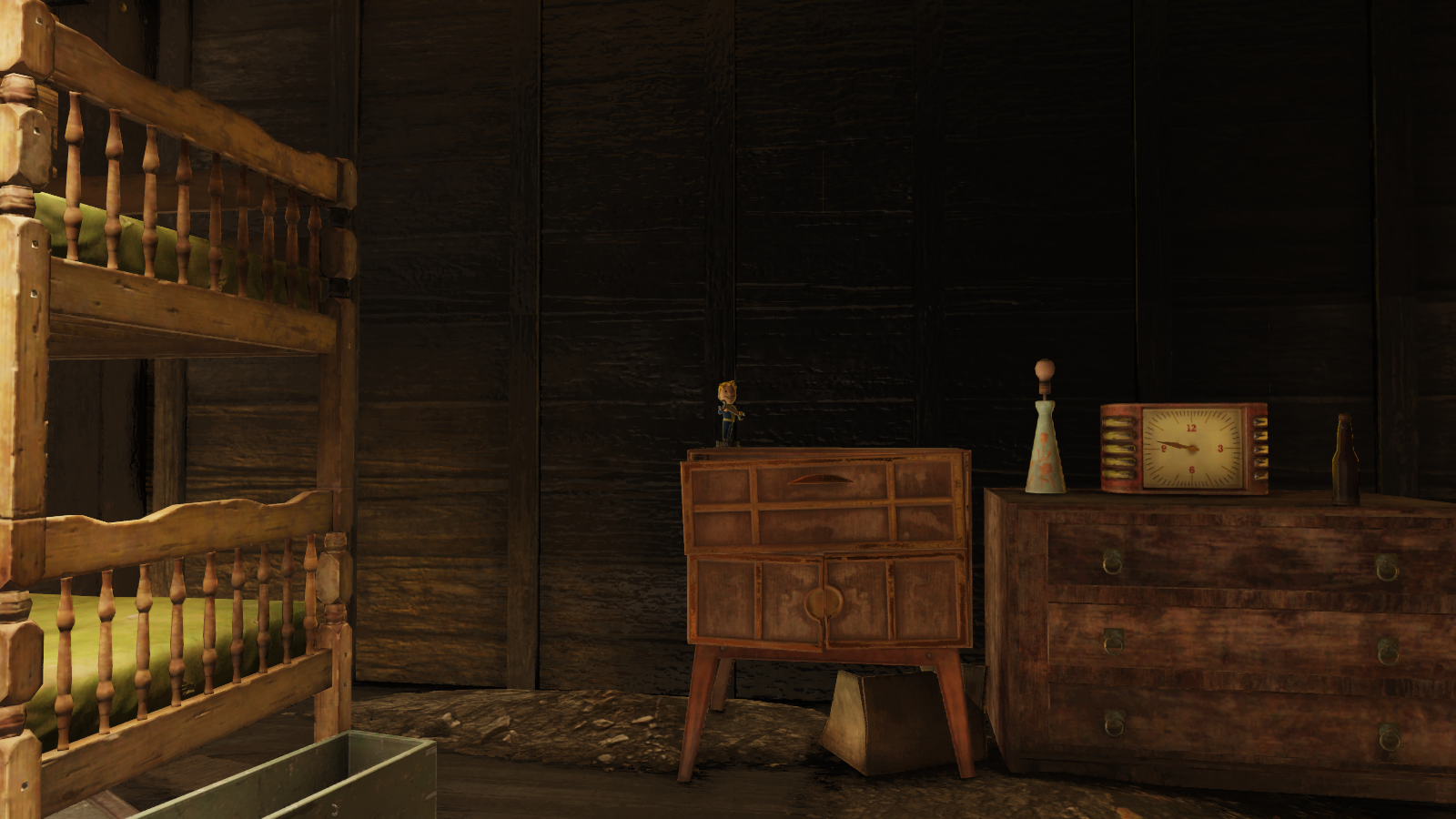 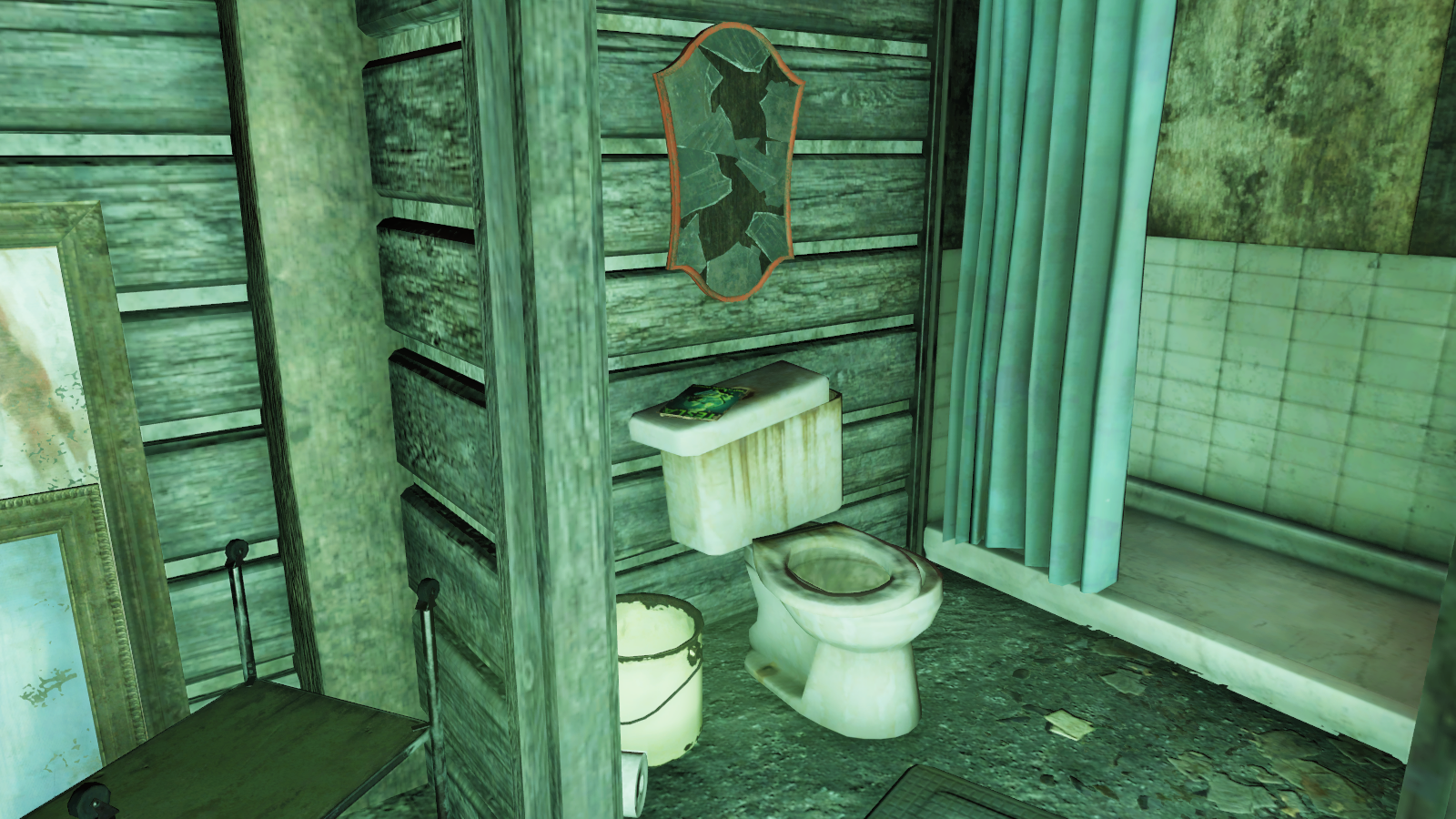 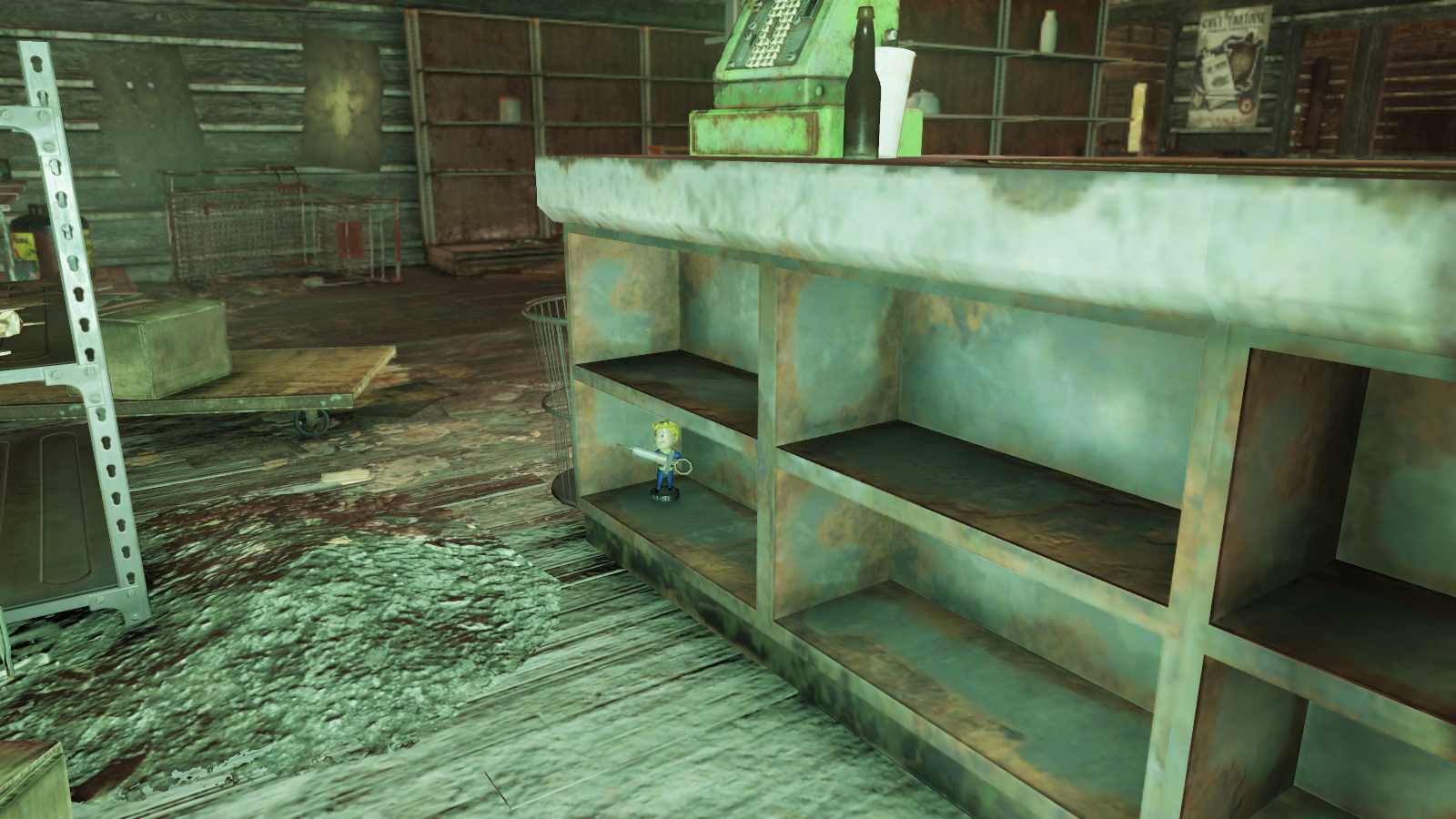 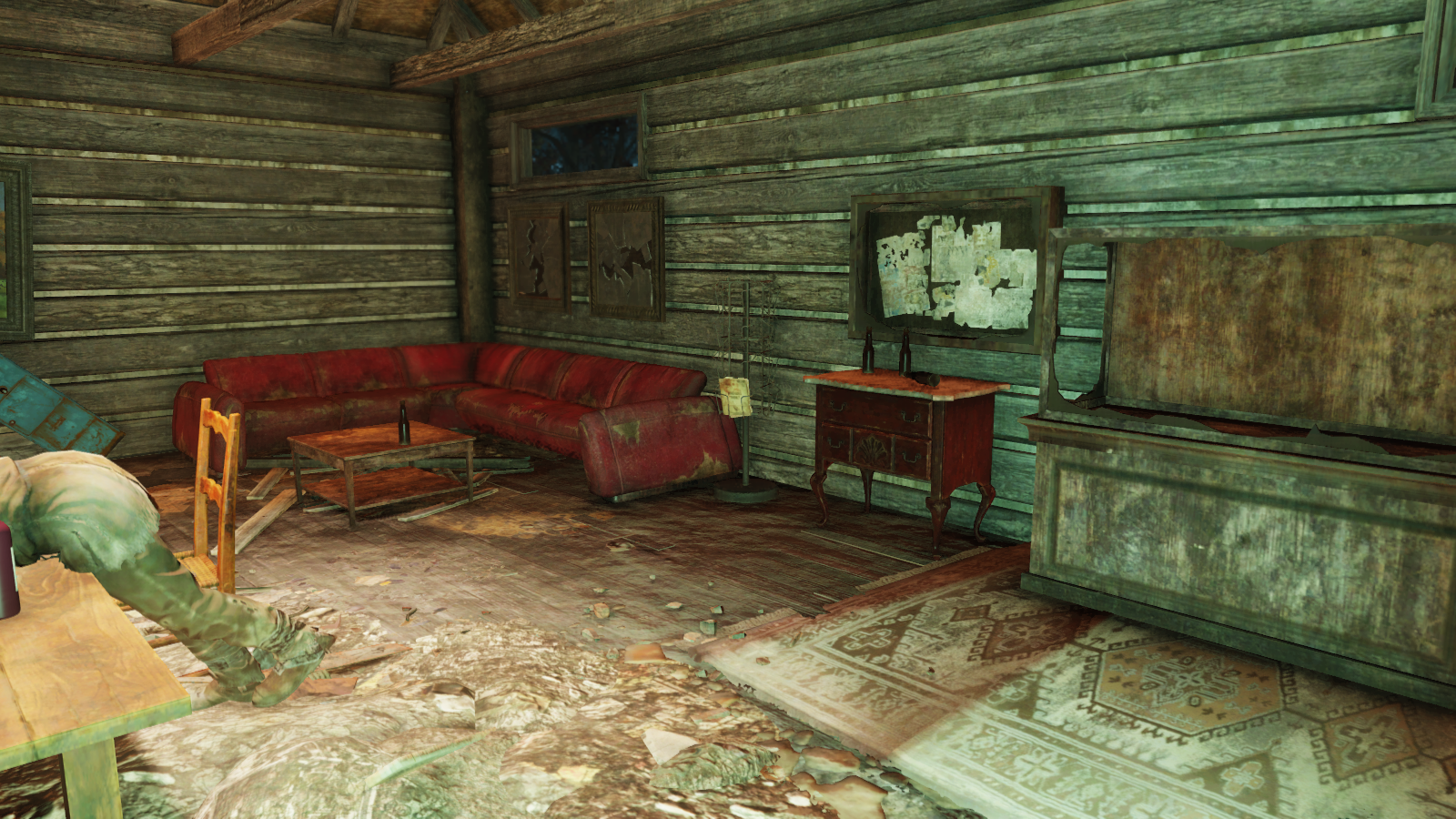