“Mama Murphy's good as her word, kid. No more chems. And no more Sight either.”

Mama Murphy is a chem-addicted fortune teller, traveling with Preston Garvey and his group of settlers in the Commonwealth in 2287.

Mama Murphy uses chems to induce a trance-like state in which she claims to see "things that were, things that will be, and even some things that are, right now." 她用這力量幫助她關心的人，並對他們提出建議與預警。

Mama Murphy appears only in Fallout 4. 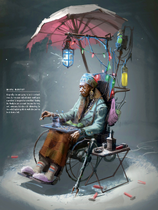 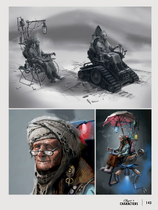