The Seneca Gang camp is a location in the Savage Divide region of Appalachia in 2102.

The camp sits on an overlook of Route 63 on the east side of the road, south of the ATLAS Observatory. The approach is easiest from the woods on the eastern side; from other directions, one will need to skirt around the bluff bordering the camp's western and southern edges. This camp is difficult to access from Route 63 itself. Super mutants or Scorched typically occupy the camp, which is littered with raider corpses. As of 2103, the Blood Eagles raider gang occupy the camp.

There are two cooking stations and a safe inside the camp walls, along with plenty of loot and junk strewn about. A small tower marks the west side of the camp and may have a sentry watching the road to alert fellow occupants.

It is possible to become stuck on a support beam beneath the main guard tower. Fast traveling away is the only way to fix this.[已核实] 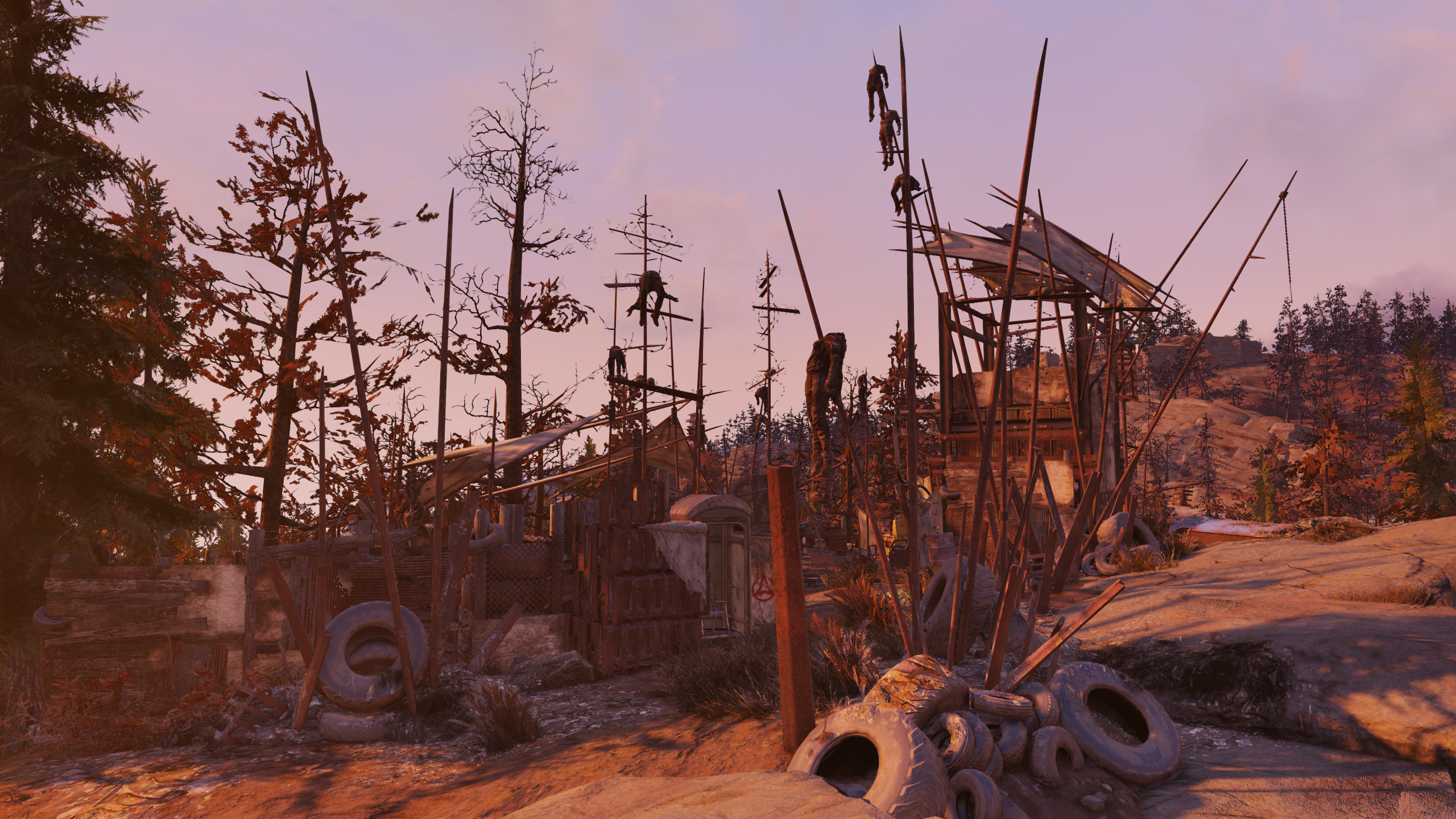 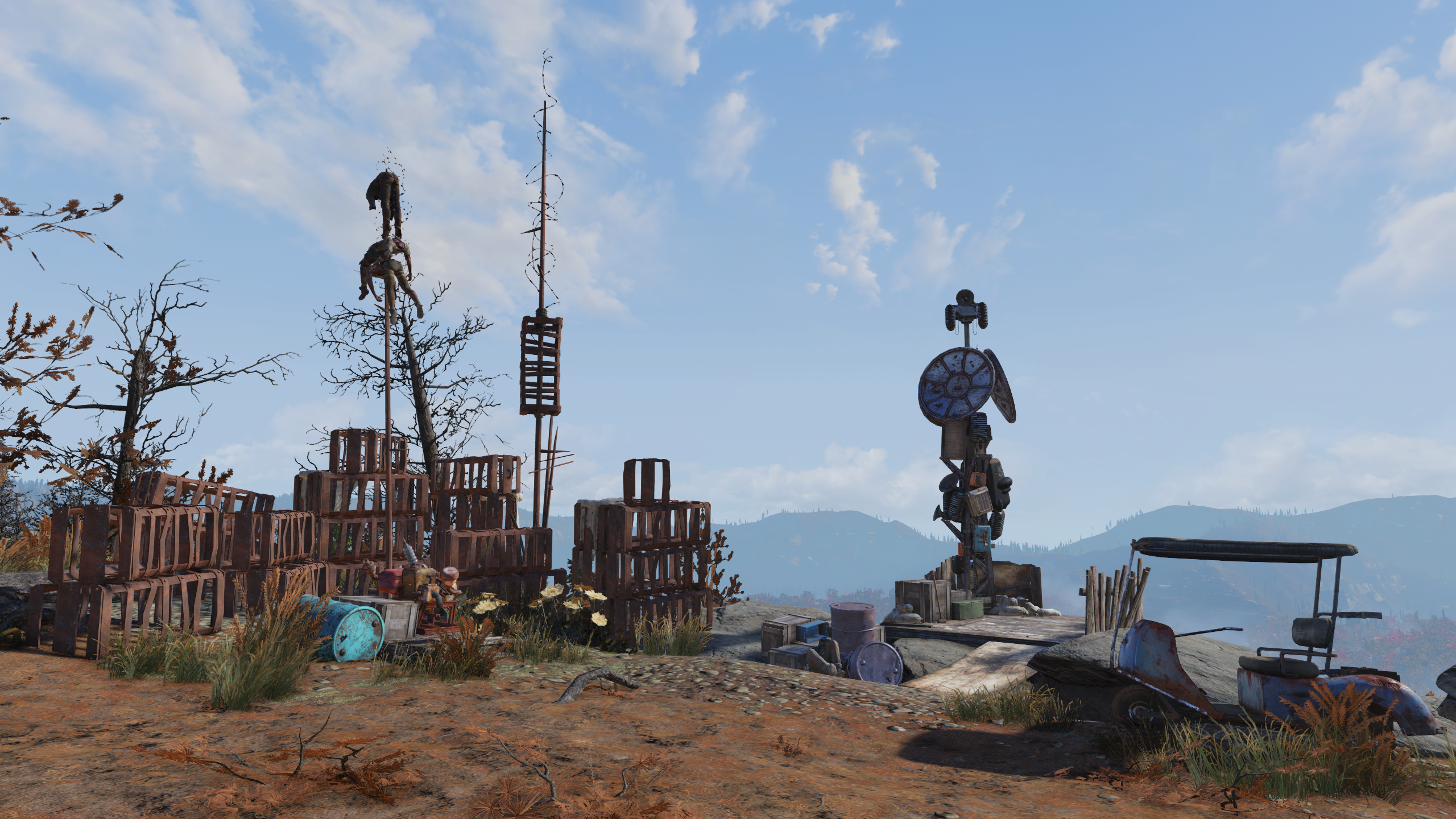 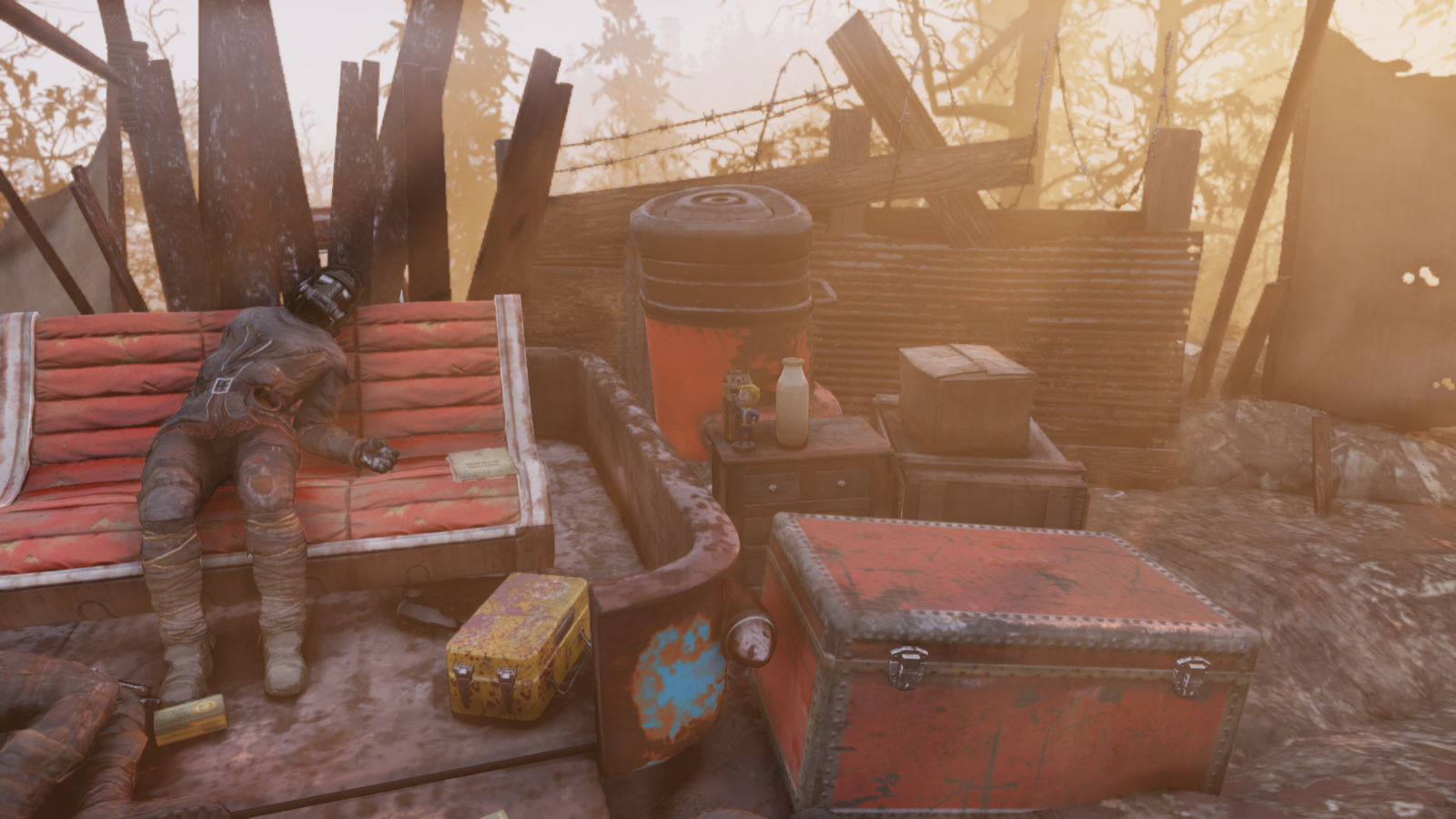 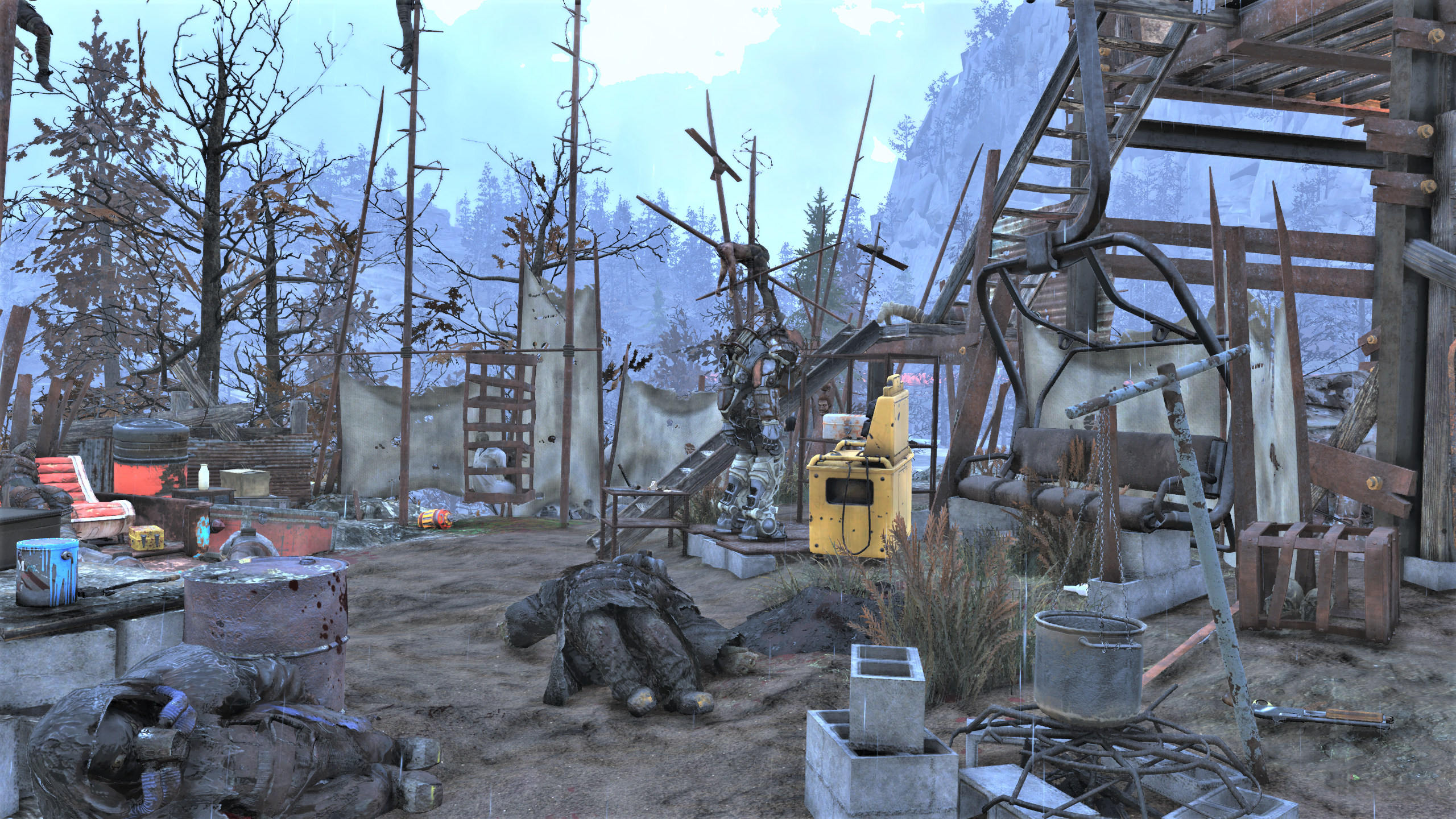