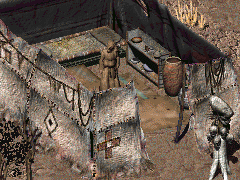 哈庫寧（英文名：Hakunin ） is the kind, if addled, village shaman living in Arroyo in 2241. He has psychic abilities which allow him to contact the Chosen One through dreams.