The Gibson Point pier is a location in the Commonwealth in 2287.

The small area is crawling with leveled Mirelurks and may at times be occupied by a small pack of super mutants (which, if present will be patrolling between this area and Reeb Marina to the south). To the north is a raised drawbridge, connected only by a stuck red car, which leads to Lynn pier parking.

In the northeast area of the pier is a small shack, containing a chemistry station, a small amount of chems a steamer trunk guarded by a bathroom scale trap and grenade bouquet. Moving southwest along the beach, one can find a campsite sheltered by a tent. Under the tent is an ammunition box and a suitcase with leveled armor pieces. Just west and up on the road is a small restroom building with a men's restroom on the south end and a women's restroom on the north end (the latter of which contains a dead raider, surrounded by assorted loot).

Finally, across the road to the west there is a Drumlin Diner with an entrance on the south end protected by a laser tripwire and monkey trap behind the first counter. At the end of the diner (right behind the second counter) is an Advanced locked safe, first aid box, and baseball bat.

The Gibson Point pier only appears in Fallout 4. 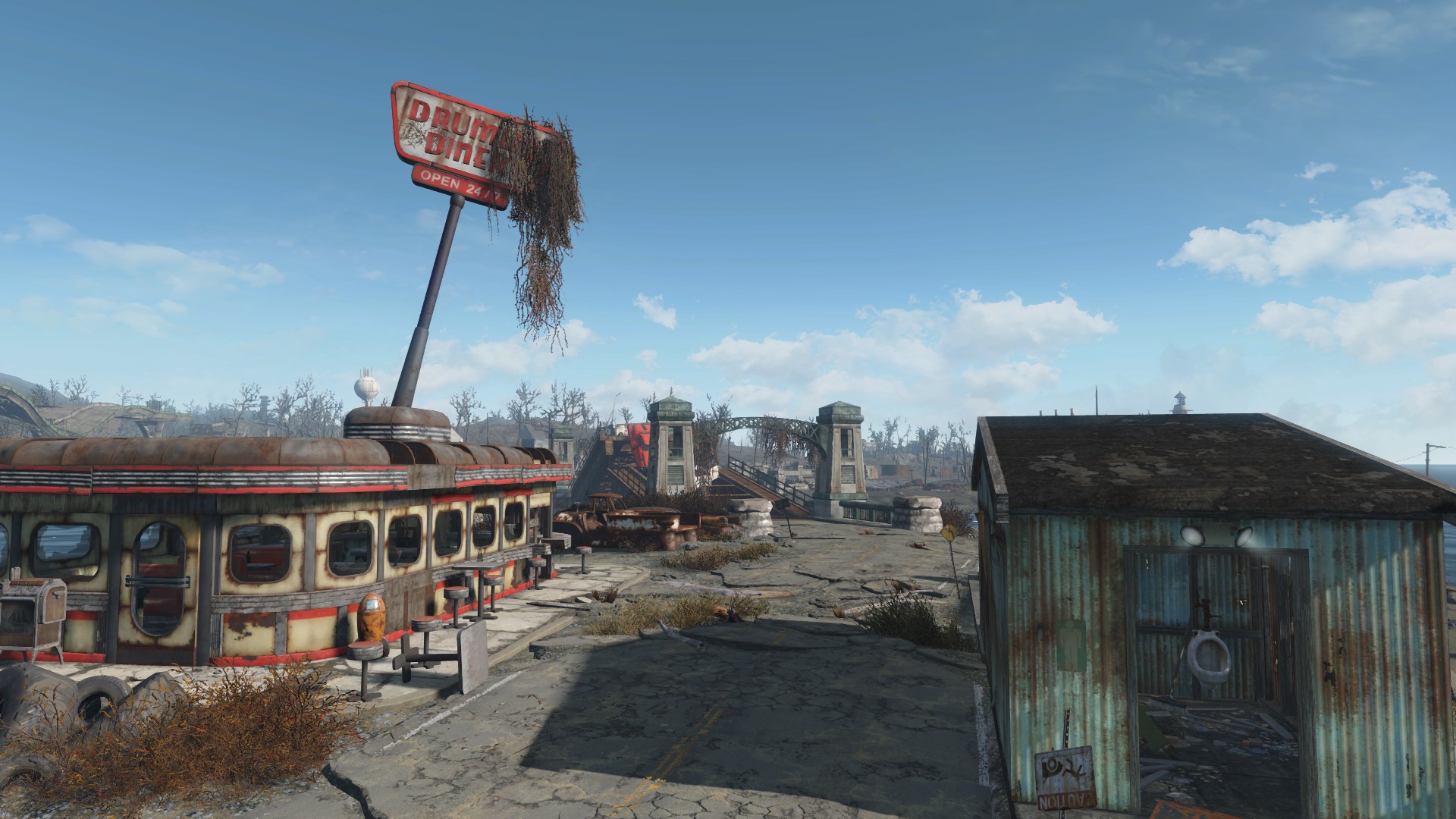 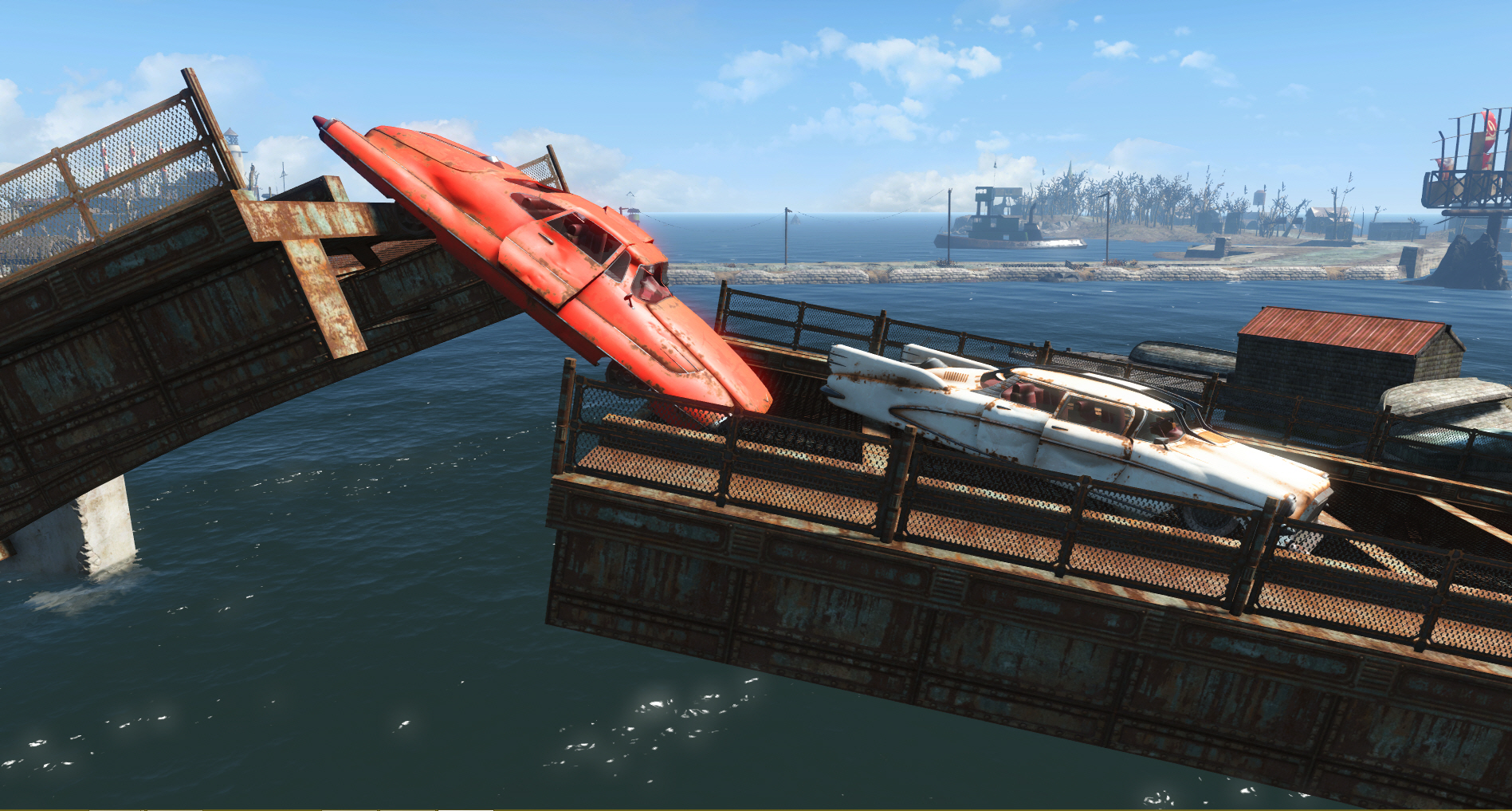