Spruce Knob Lake is a location in the Savage Divide region of Appalachia in 2102.

In the aftermath of the Great War, Taggerdy's Thunder set up a small camp in a cave at Spruce Knob Lake. They initially believed that reports of nuclear detonations were part of the war games they were assigned to, but quickly recognized mushroom clouds in the distance, prompting their move to set up shop in the cave. They abandoned the encampment and moved on through Appalachia prior to 2078.

When approaching the lake, facing southwest is a dock below a boat rental shop. There is all kinds of debris in the lake, alongside abandoned canoes, boats, fallen tree limbs and buoys. Mirelurks inhabit the water, with a dangerous mirelurk queen potentially at the center of it. Despite their proximity, the lake does not connect to the Spruce Knob Channels.

In the northeast part of the lake, there is small, booby-trapped cave found under some rocks. Inside is the camp used by Elizabeth Taggerdy and her division after the bombs dropped. There are four sleeping bags inside, as well as two duffle bags.

There is also a small boarded-up shop on the northeast shore. There are two port-a-loos, one containing a swimsuit behind the shop. The audio box to start the Tadpole Swimming Test is on the docks in front of the shop.

There are seemingly two notes at the dock and boat rental area of the lake, but neither of them can be taken. 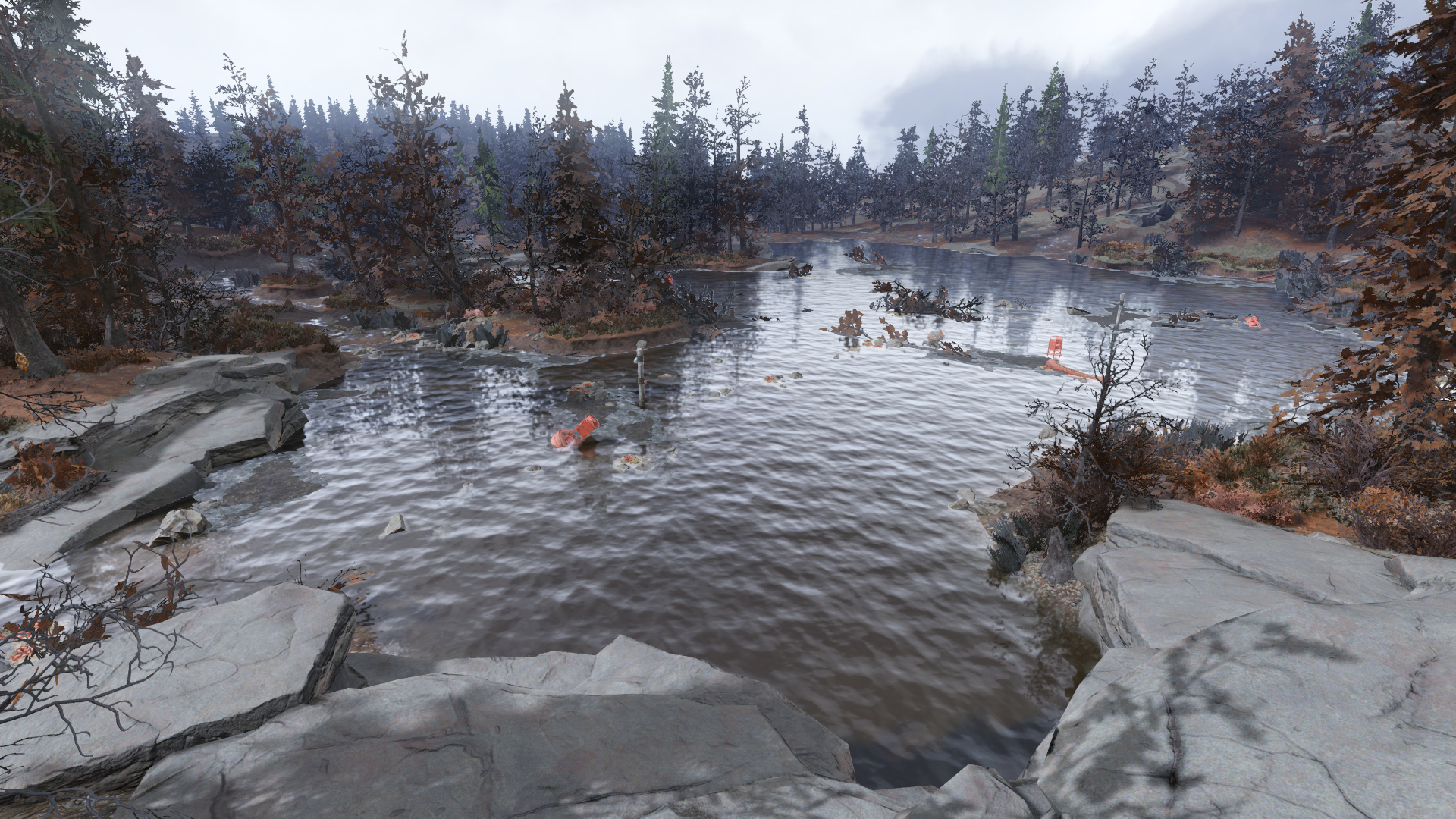 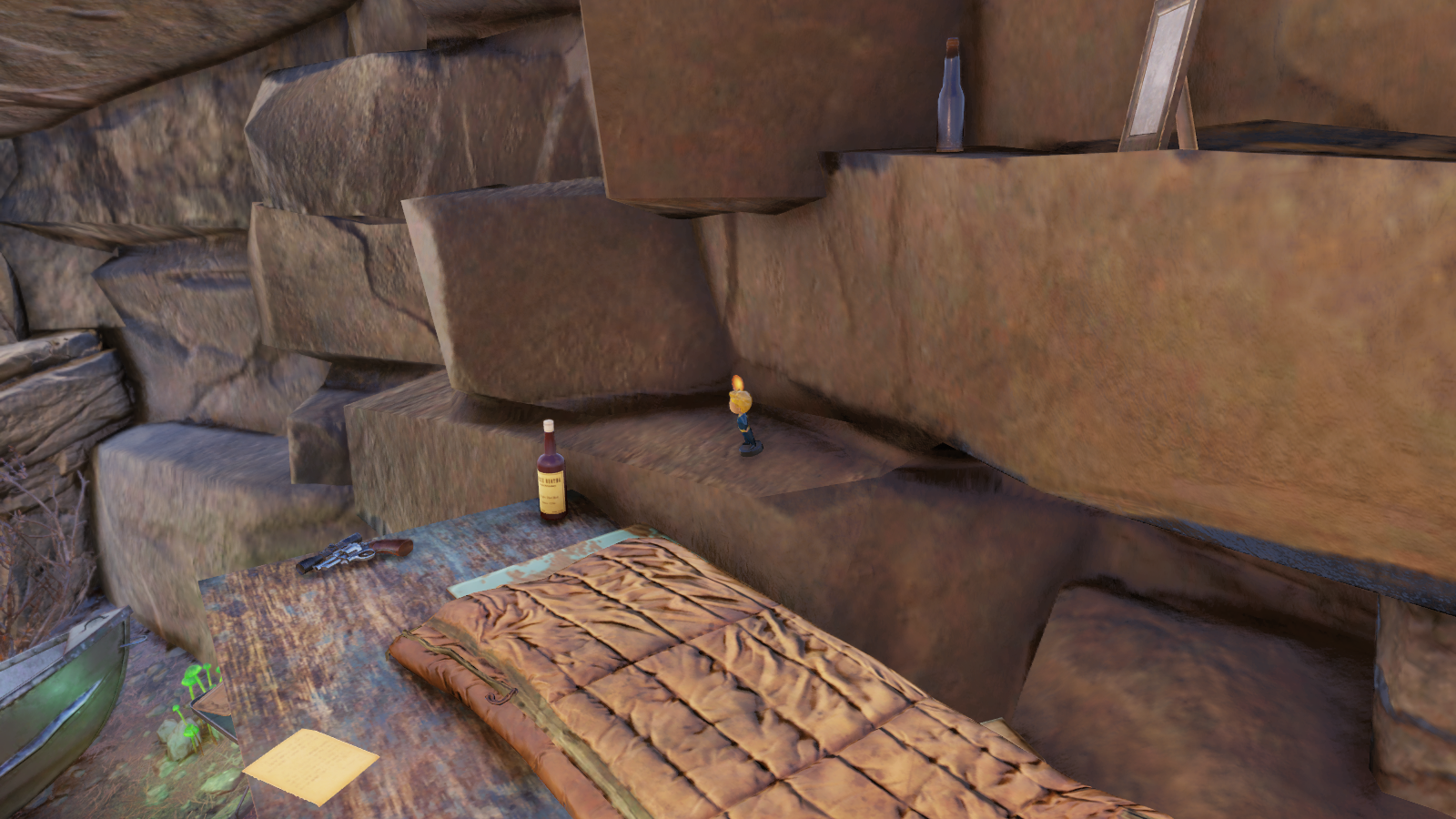