Sulik is a tribal warrior from the Primitive Tribe and a possible companion located in Klamath in Fallout 2.

Not much is known about Sulik, apart from what little he tells to the Chosen One. He says that he is from a primitive village located by the 'Great Salt Water' which could either refer to the sea or the Great Salt Lake in Utah, and has come in search of Kurisu, his sister who he thought was captured by slavers.

The large bone driven through his nose he calls 'Grampy Bone'. It is connected to the tribal lore of his family and village; through it he is able to speak to his grandfather and other important dead spirits of his tribe, who give him advice, cryptic as it may be.

Sulik prefers to fight with a sledgehammer, but (even if he doesn't know it) is much better with a famed .223 pistol. He is even better with it once he is leveled up to the maximum, having 12 Action points (highest of all the recruitable non-player characters that can use a Firearm), and will fire 2 shots per turn continuously, even after reloading.

Sulik said that his "sis gone trading another village and never come back". Upon further questioning, he divulged that when he investigated, he found "One survivor. Dude was in bad shape. Said evil warriors with magic torches came. Fire would lick tribe warriors and they'd go to the spirit. [...] The evil warriors tied up the rest and took off. Sis with 'em. Fren, we be find her or dying trying." The description is remarkably similar to that of Hakunin's upon the assault on Arroyo by Enclave soldiers. It is possible that this village was raided by the Enclave as well, snatching captives for experimentation with the weaponized FEV.

'Consulting the spirits', Sulik will provide poetic yet nebulous phrases describing the player's current situation; although the player may learn to ignore these as not being of any practical use, they can be a source of entertainment in second and subsequent games. There is a precise correlation between quests the player has active, and the words of the spirits. This is evidenced by his uncommonly unequivocal reply when asked what the spirits say, while the quest Find out who was responsible for Richard Wright's overdose is active: "This place is full of poison." Richard Wright had been killed by using a jet canister poisoned with radscorpion venom. And when the player has the Return Anna's locket quest active, Sulik says of the ghost who seeks eternal rest, "Hey! They say another bonespirit's here. Needs help." Furthermore, when searching for Vault 13 and in NCR he says "What you seek is not here. The path to that is". It can be interesting guessing, or attempting to deduce, what the spirit communications mean. Some of this advice is not place- or quest-dependant, and can be heard anywhere, although they are more philosophical than useful.

Weapons and their animation frames编辑

Team members can only use weapons they have the animation frames as Sulik cannot throw grenades, although he has points in the skill. He cannot throw knives, as the throwing animation is separate to the Swing and Thrust knife animations. The .223 pistol is one of a handful of weapons whose animation does not fit their weapon type; it uses the SMG animation, and Sulik can use it even though it is a pistol.

A spear or knife at the start gives him an extra attack more per round than his starting sledgehammer weapon. Although burst weapons are of course always hazardous, Sulik will put the 10mm and subsequent SMGs to good use; he is valuable as a ranged weapon character. He can use any of the top tier melee weapons, and SMGs such as the HK P90c, 10mm ammunition, and H&K G11E, caseless ammunition. 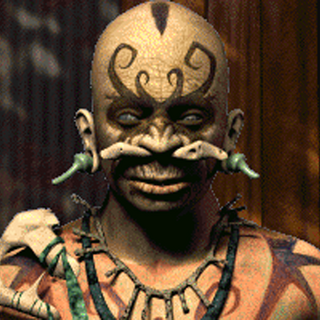 "We be good with fist, spear, big hammer, submachine gun. We be a handful.""> 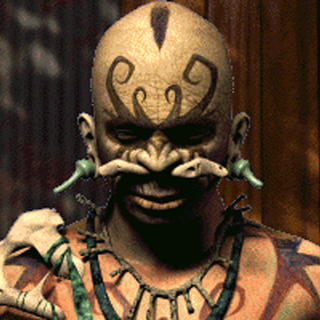 "You're bad news walking. Grampy Bone say we be stacking up the bad karma just being near you."">