South Boston High School is a location in the Commonwealth in 2287.

If one is heading southwest from the Castle to L Street bathhouse, turn right at the bathhouse's main entrance. From here one will see a road heading north with a junk fence on either side. Following this road up and turning left at the derelict truck in the center of the road a wooden shack can be seen, forming the entrance to the high school's grounds. A raider can be seen inside with a duffle bag and a couch. Upon exiting the shack, from the other side, turn right towards the broken wall of the high school, through this wall is the door to the high school. Alternatively, it is possible to turn left before the junk fences and climb the rubble between the house and the stone wall. Once over the wall, head straight forward between the two buildings and this will bring the Sole Survivor almost directly in front of the entrance. Although there is a doorway in the red bricked building on the left hand side of the alley, the roof is too low to pass through here.

If one is heading east along the coastal road, turn left before the bathhouse, where the water ends and head straight up the road. From here there is a doorway in the junk fence, just behind the "STOP" and "ONE WAY" signs on the right. This door leads into the western side of the raider camp. Above the door is a gangway with a single raider patrolling atop of it and a doorway leading out onto the Dorchester Heights monument. Pass through the wooden shack directly opposite, which will lead back to the central point with the door way on the left.

Upon entering the school building, one will see a bank of lockers and a display case immediately to their front. In the case itself are several desktop picture frames and ProSnap camera, the locker has a Vault-Tec lunchbox sat on the locker shelf. To right from the doorway is another bank of lockers, past this a hallway can be seen leading down to the men's restroom on the left and a closet on the right. The closet contains several junk items and broken statue (the torso, leg and arm are on the left of the door and another arm and the head on the shelves to the right.

Turning back and leaving the hallway, head up the rubble to the top floor. Here there is another door leading into a small room with a chemistry station, a mattress and an Advanced-locked safe. 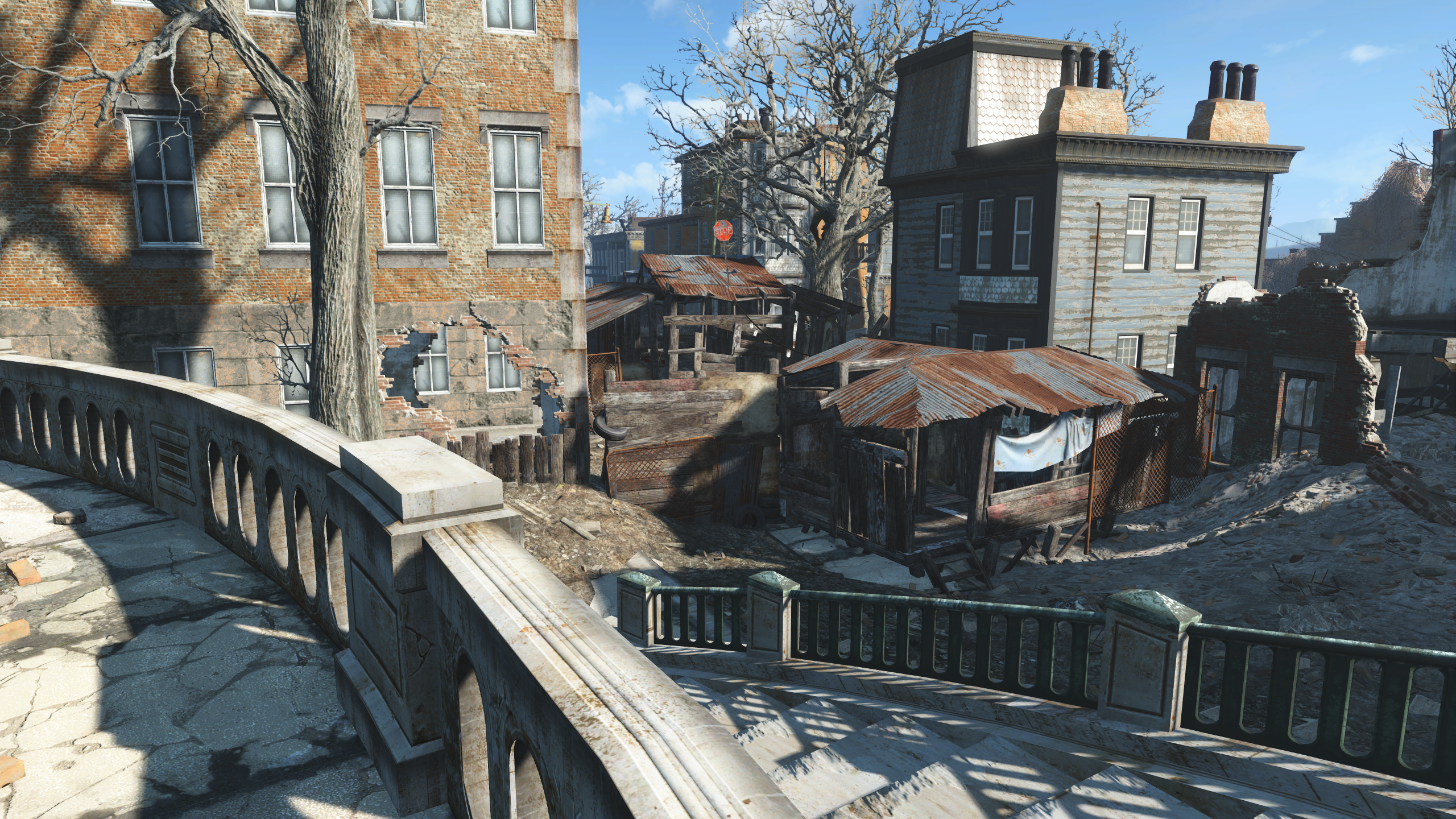 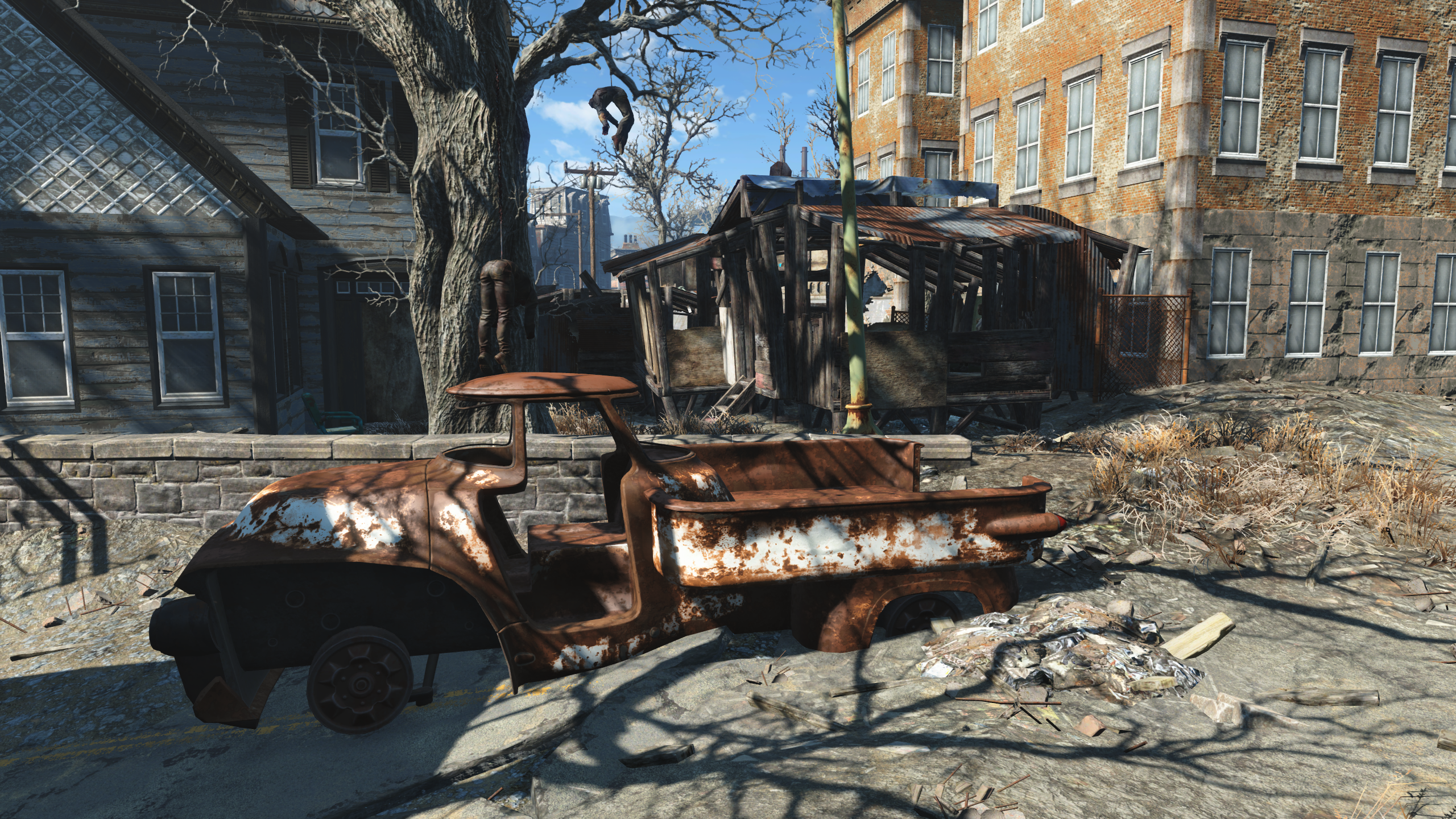 Shack located due east of the School 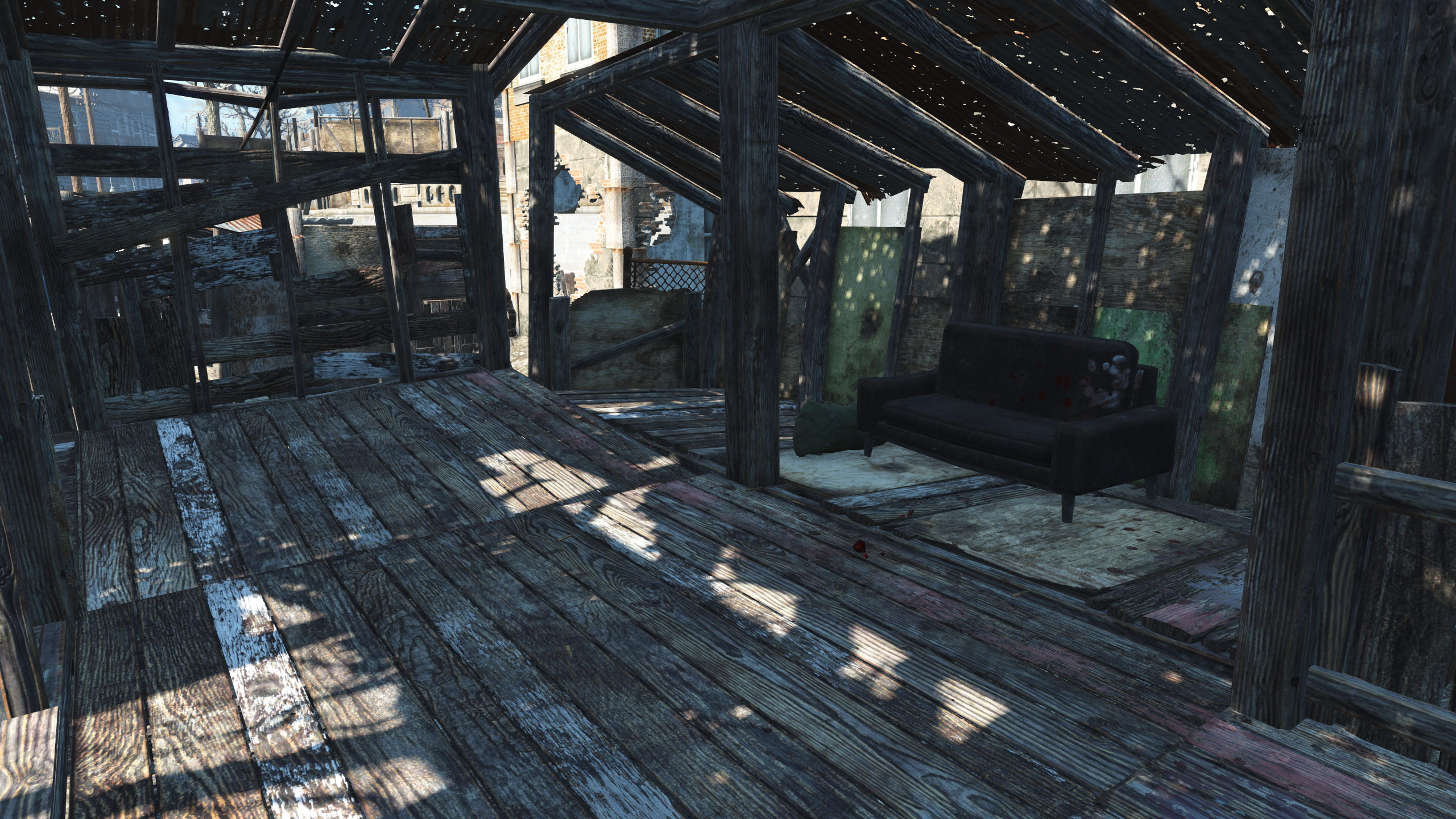 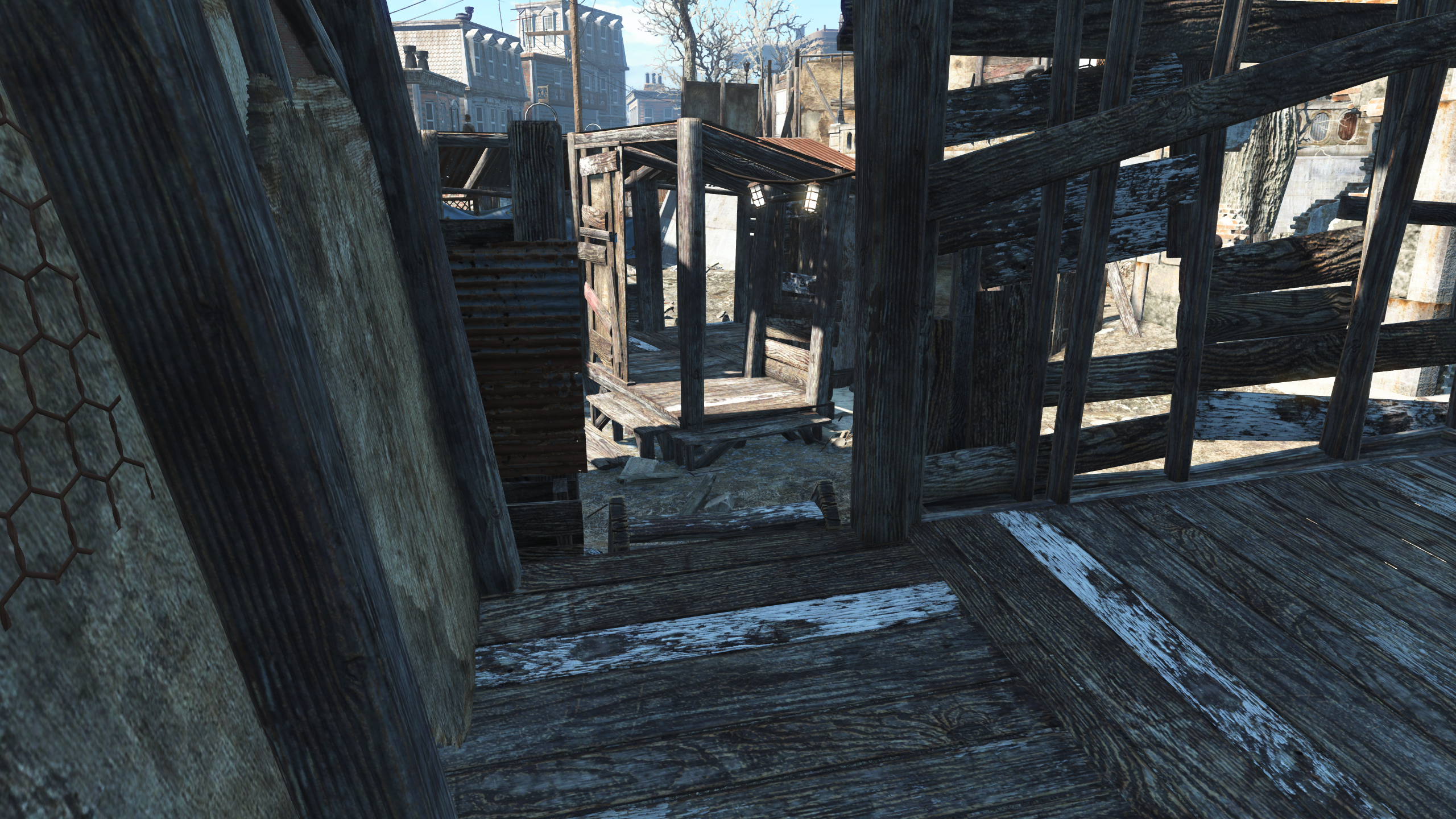 Shack back entrance leading to the camp 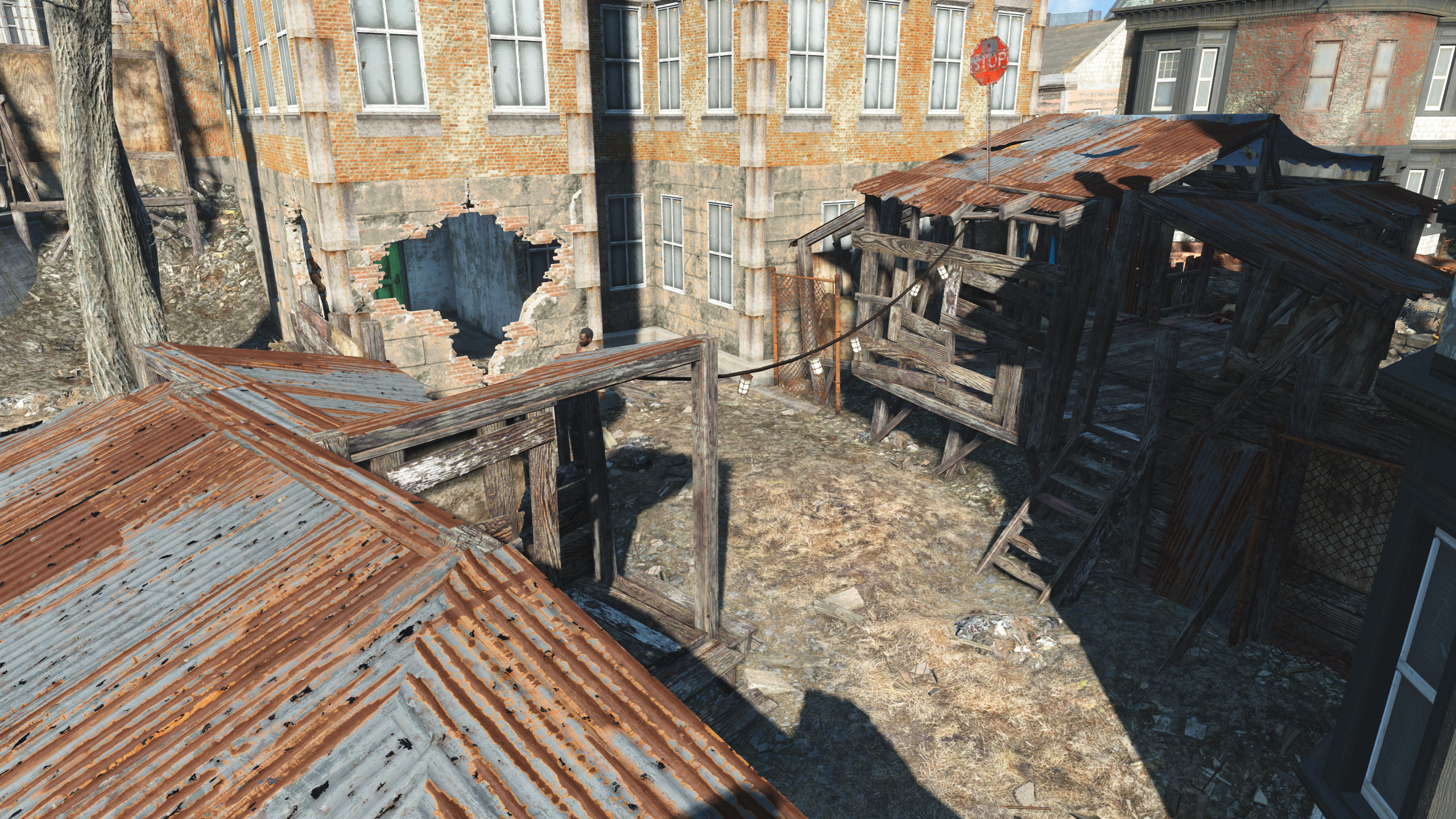 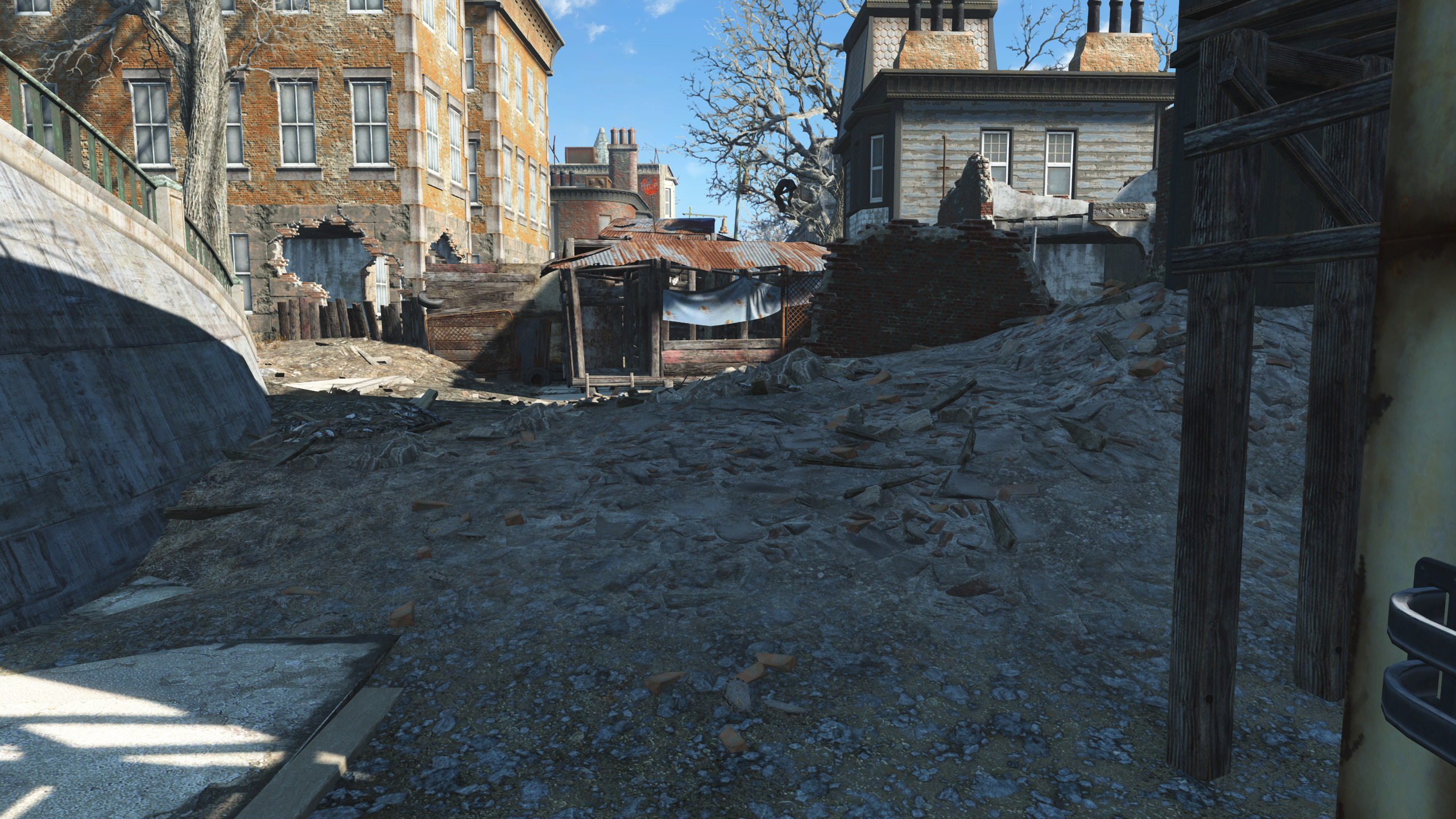 West side of camp 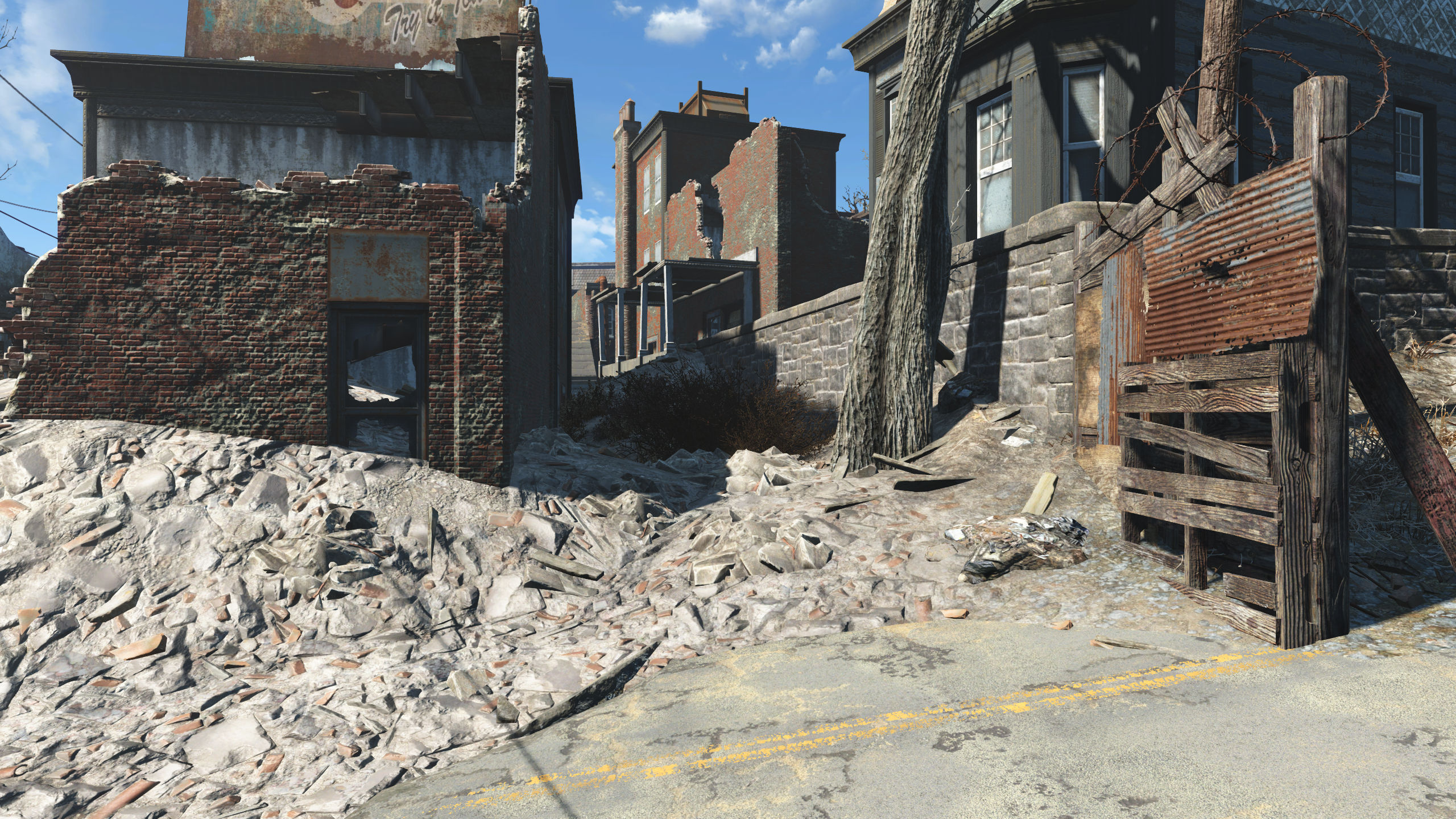 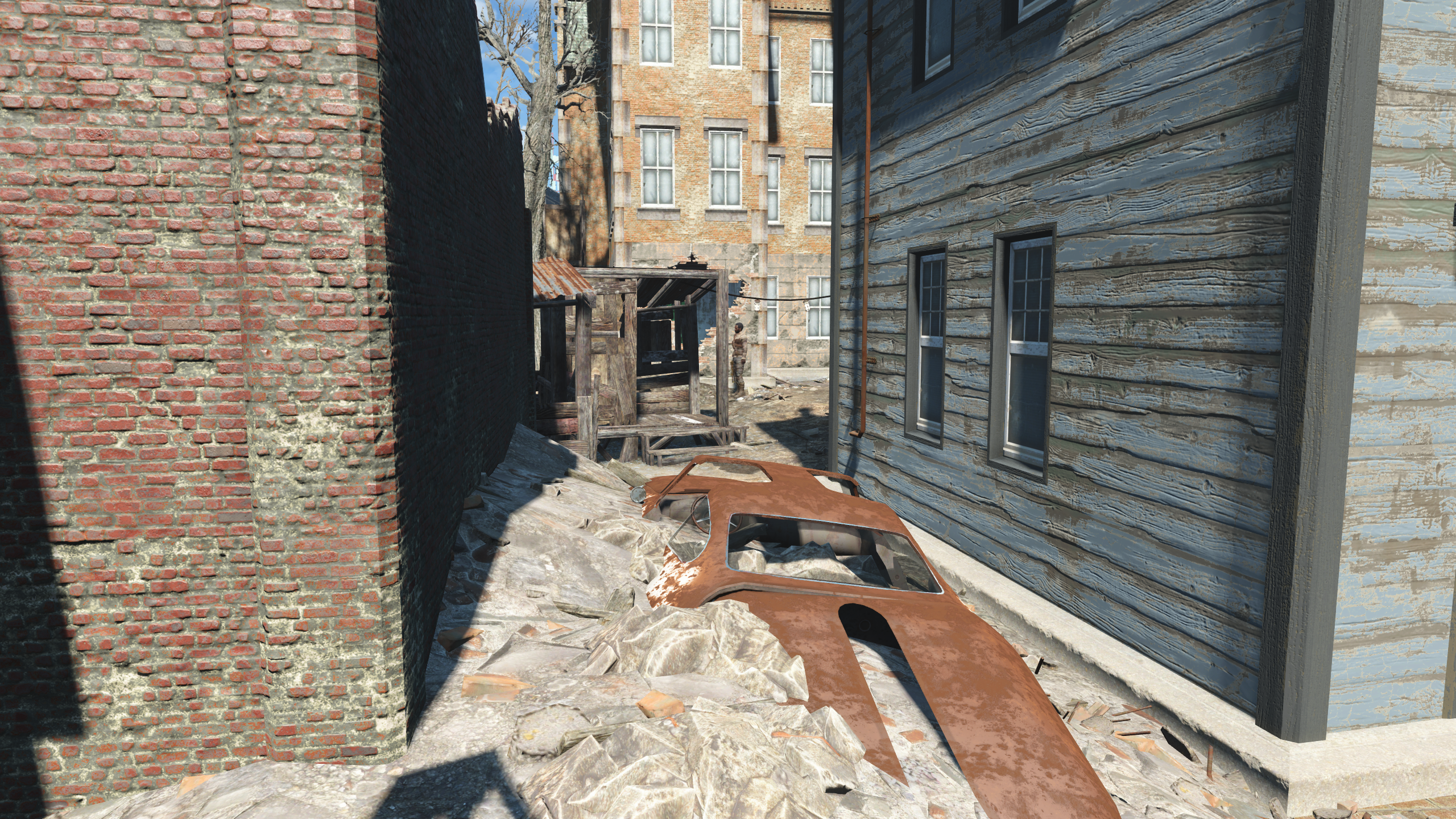 Blocked back alley to the camp
在此图库中添加照片 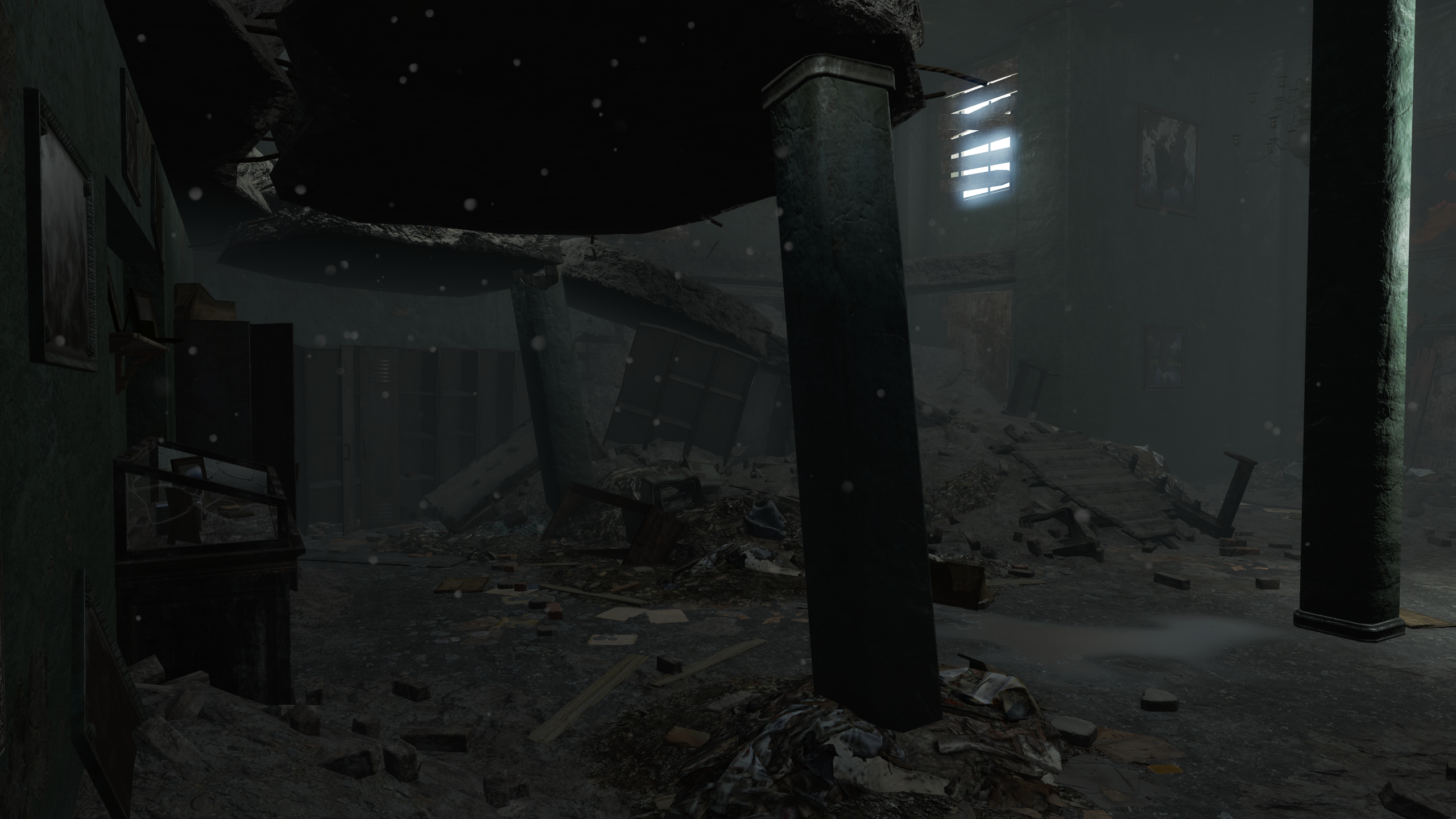 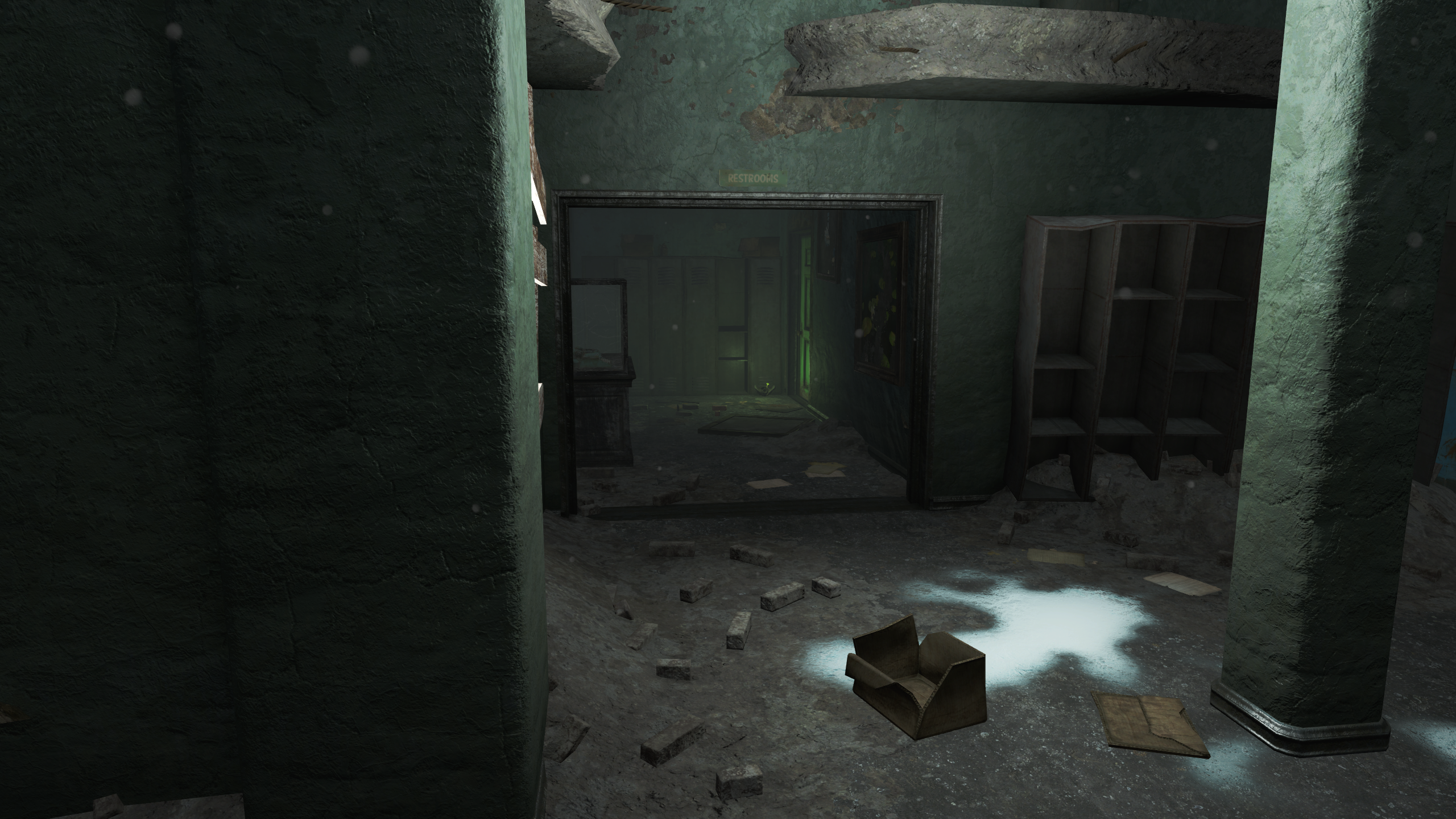 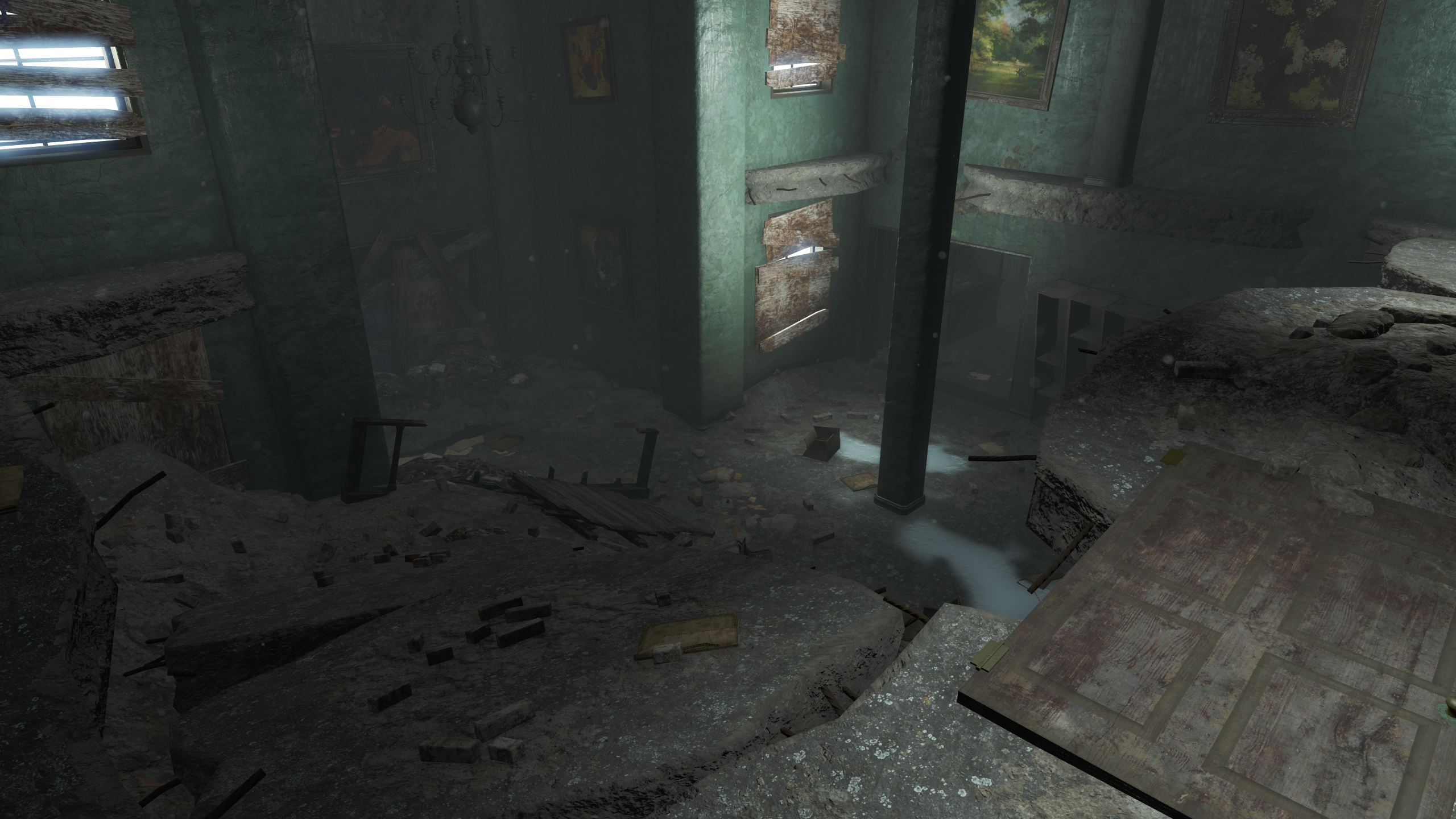 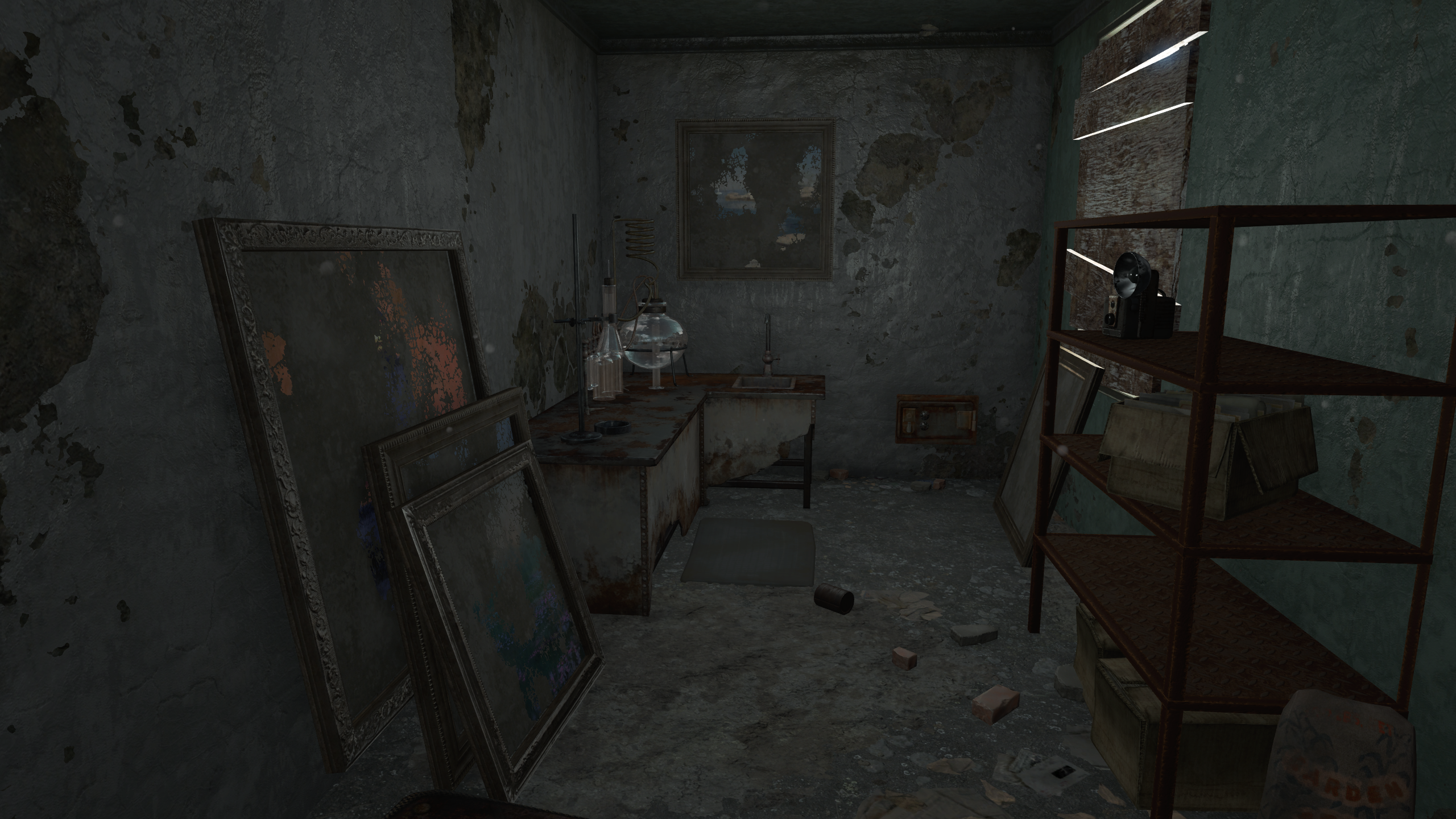 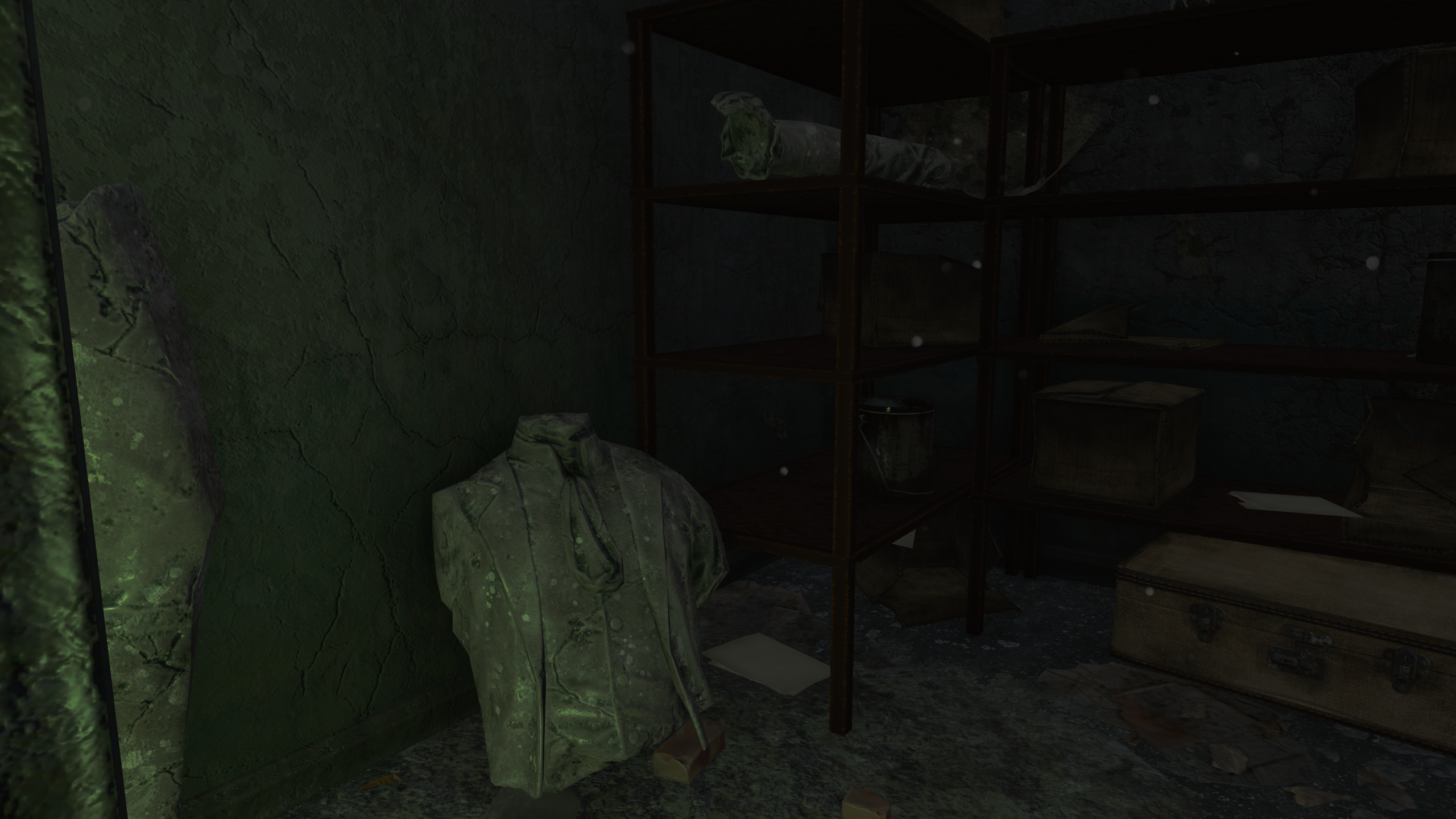 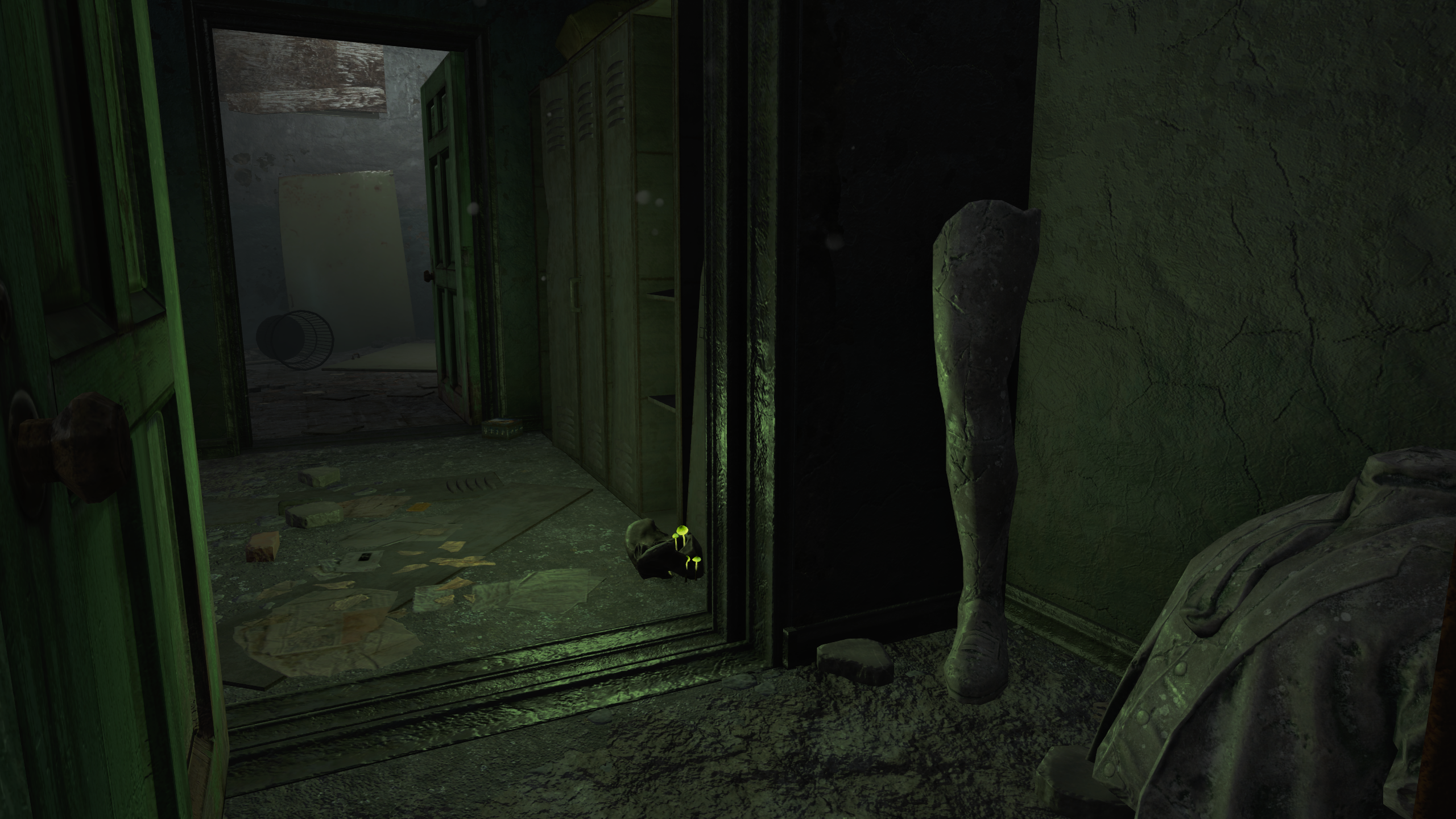 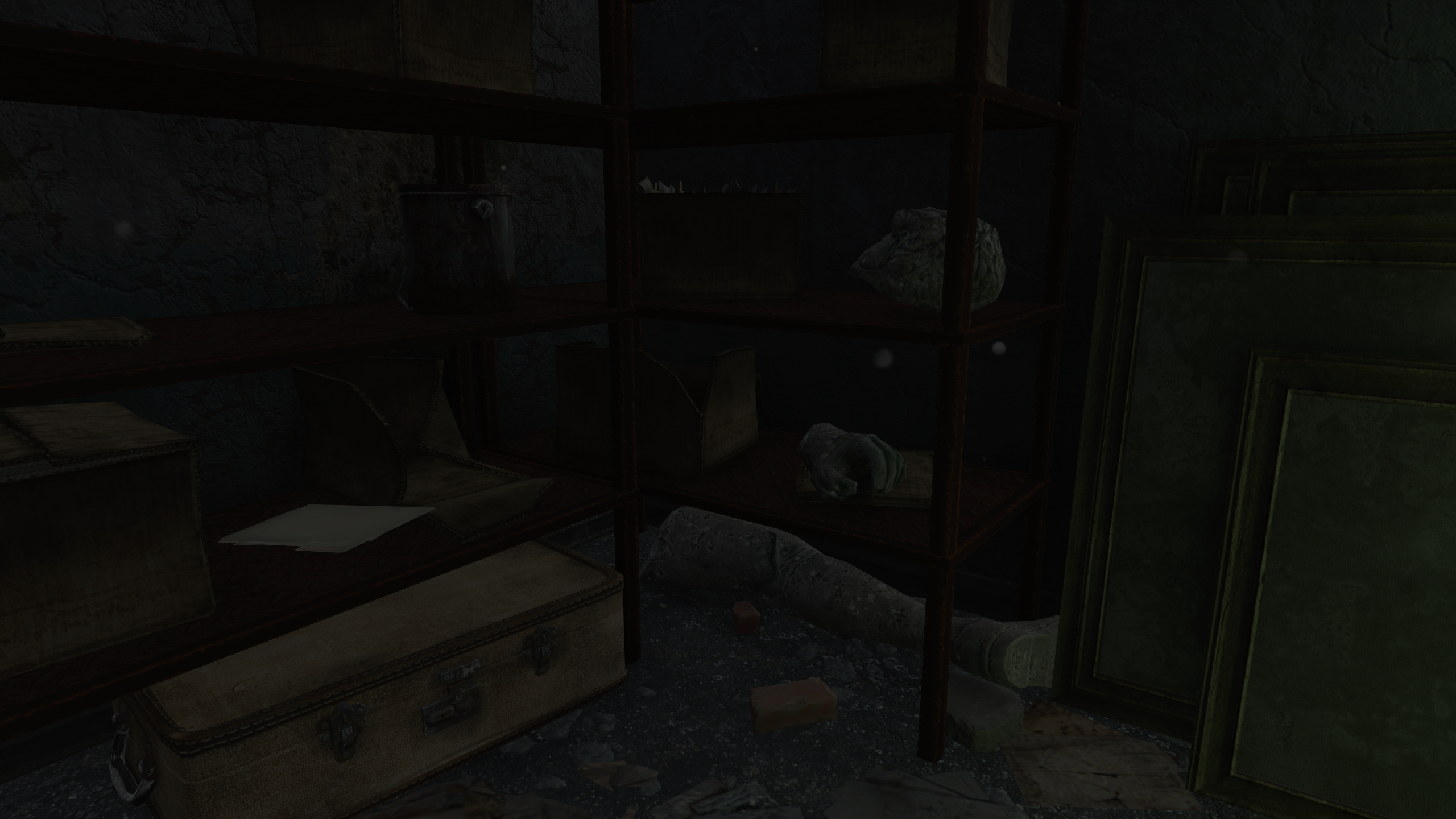 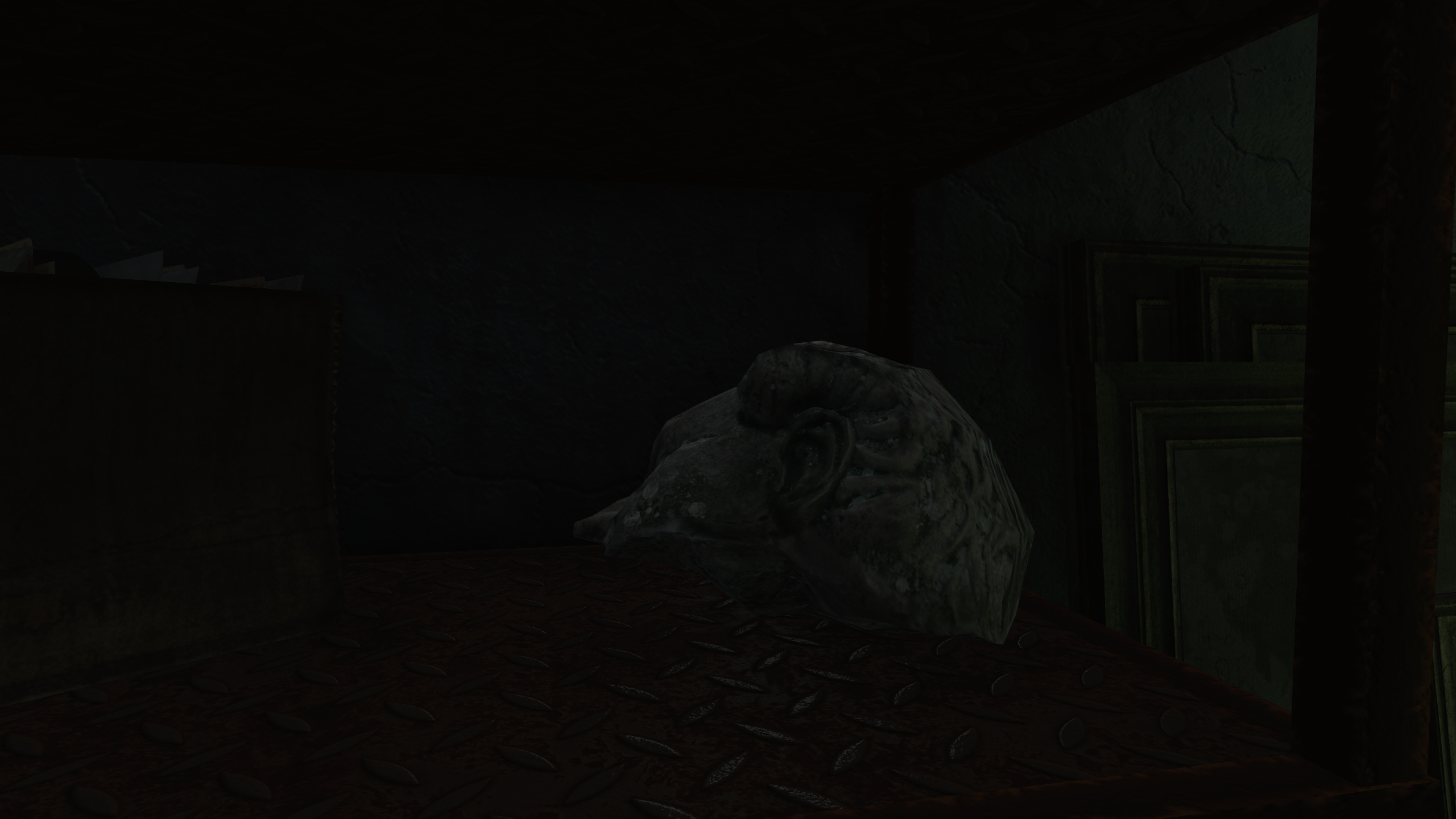