Learning Curve
Quartermastery
Randolph Safehouse
Can You See Me Now?

The South Boston military checkpoint is a location in the Commonwealth in 2287.

The check point is located directly west of the Castle and past the bridge just outside of the South Boston area. It consists of two structures, the main building guarded by two Gunners and a trailer where a single Gunner is often found resting. There are also various car wrecks in the area.

In the main building there is a Master-locked safe with plenty of ammo as well as several other containers. Two beds and a weapons workbench are also available in this building. On the western side of the building, there is a cage that can be opened with a nearby Expert-locked terminal. The cage contains a power armor station, a full set of power armor and a Mini Nuke. On top of the building lies a skeleton, next to a leveled combat sniper rifle.

The trailer houses a sleeping bag and a mattress, and interestingly a Fat Man is stored there.

The South Boston military checkpoint only appears in Fallout 4. 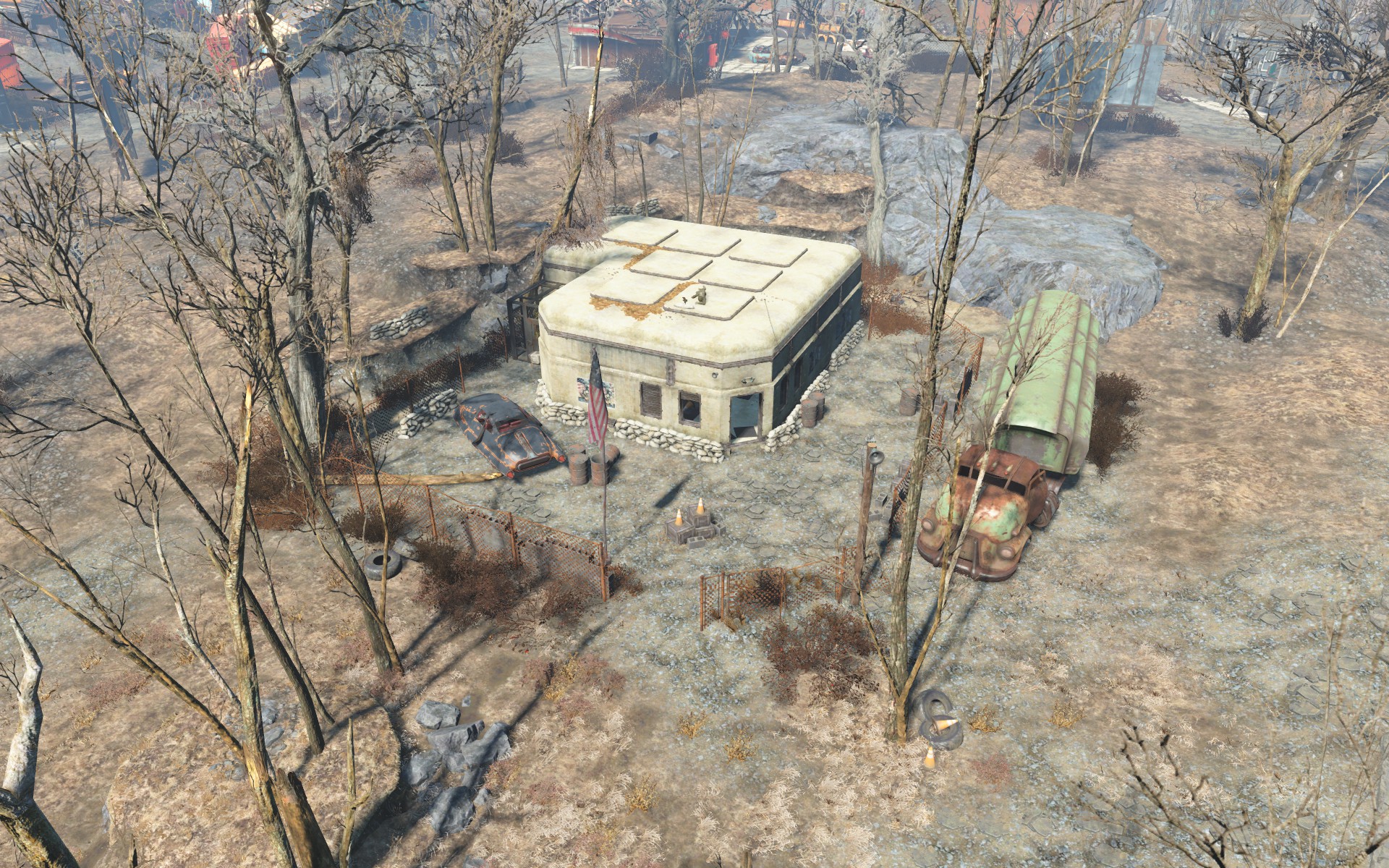 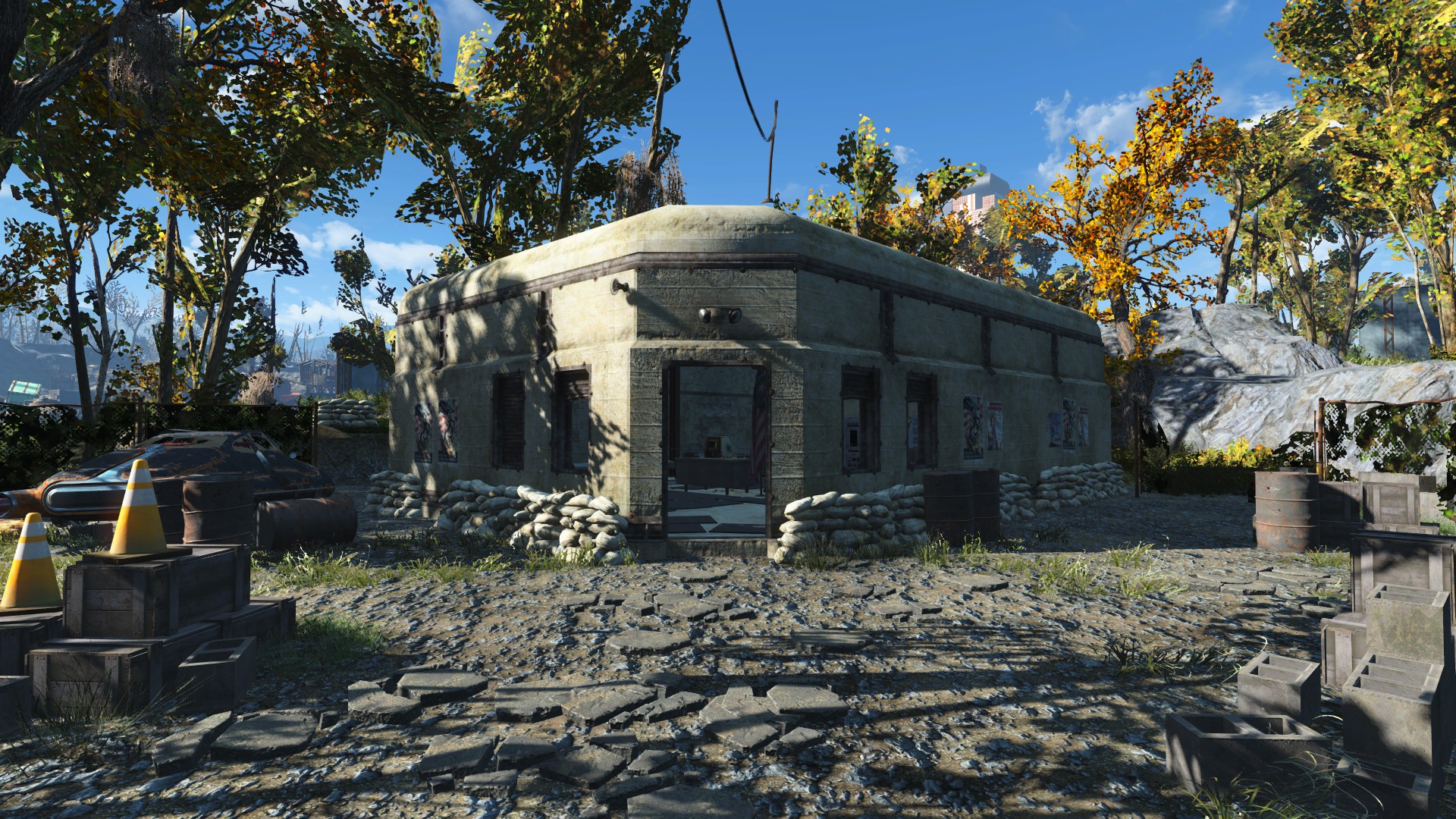 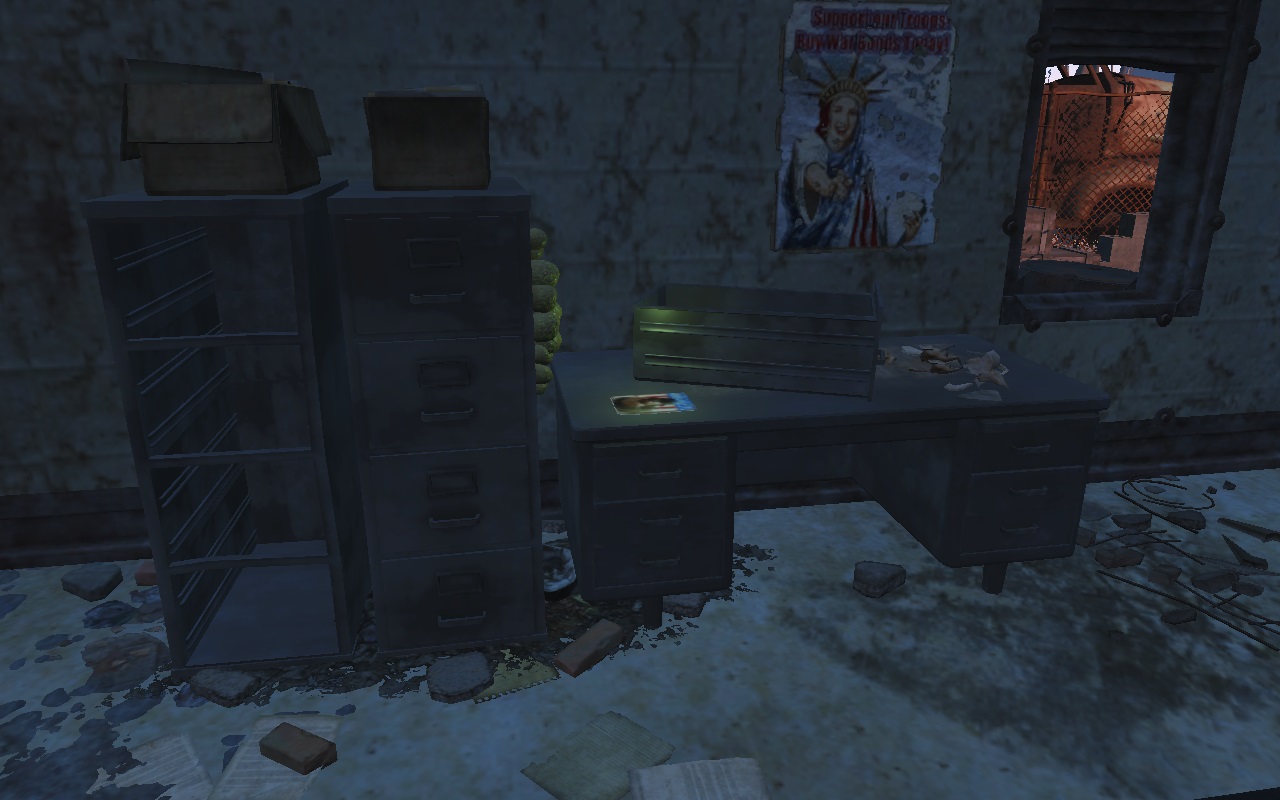