North Cutthroat camp is a location in the Savage Divide region of Appalachia in 2102.

Constructed by the Cutthroat raider gang as a northern checkpoint on Interstate 63 in the Savage Divide, it fell upon hard times after its occupants were wiped out by a lone assassin. The sole survivor later returned with reinforcements from their main camp at Pleasant Valley Ski Resort.[1]

A few scant pieces of notable loot and a couple workbenches are all that's useful from this location.

It is possible to become stuck between a staircase and a pole on the western side of the camp, near a guard tower. This can be fixed by activating the nearby tinker's workbench.[verification overdue] 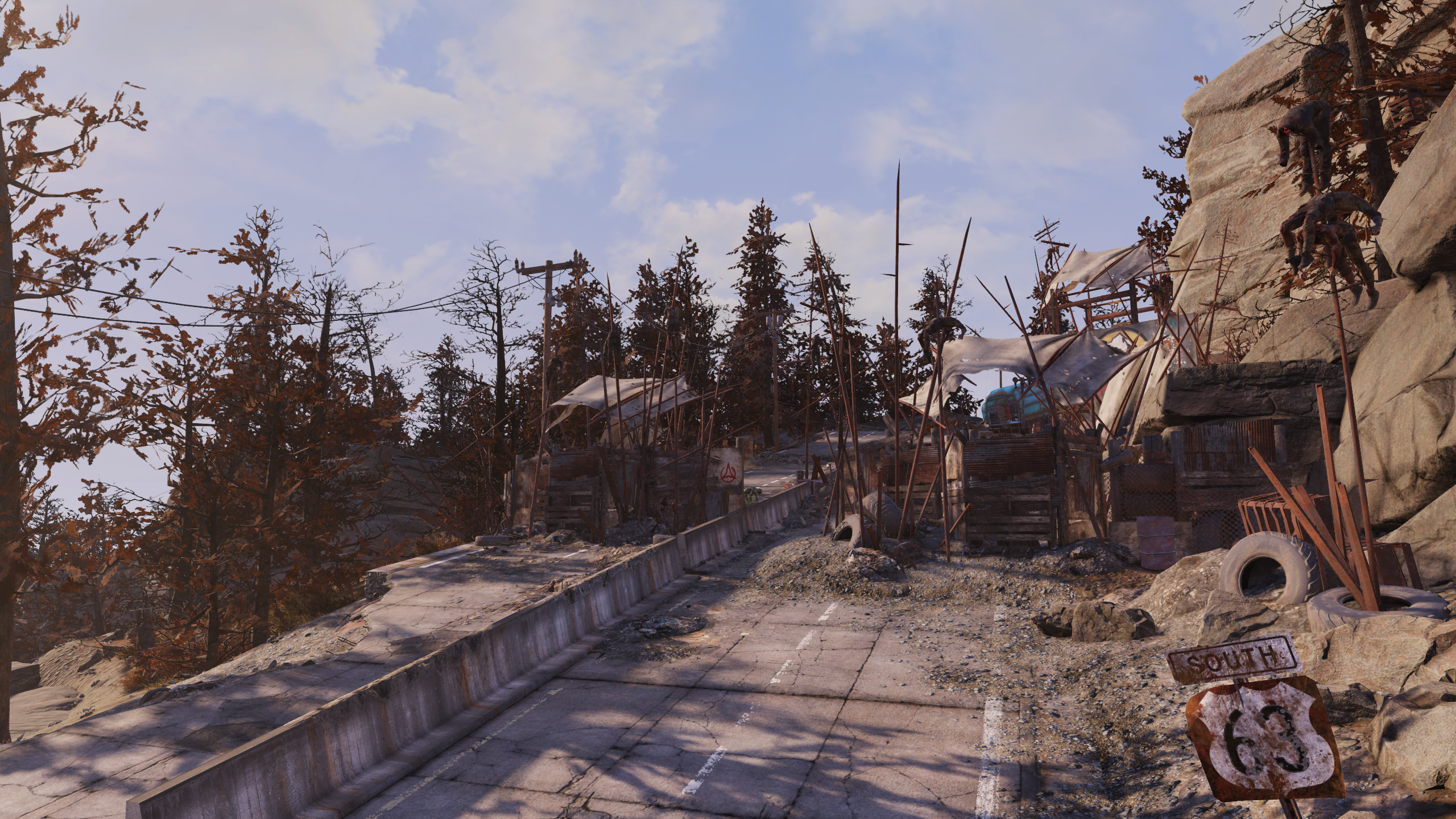