One Wasteland For All location

The Dagger's Den (known as the 霍克的避難所 before One Wastelands For All update) is a location in the the Mire region of Appalachia in 2103.

Hawke's Refuge was a cave where Brianna Hawke and her family sheltered after Harpers Ferry was destroyed by Scorched in 2096.[1] Its inhabitants waged a rather grisly battle against fellow Free Staters, the Sundays, over resources. It was fairly comfortable and well supplied for such a remote shelter. However, the Hawkes found out soon that it lacked in food and eventually starved to death after a battle with the Sundays set up the field aflame and killed nearly everyone in their group.

It was converted into a Blood Eagles base in 2103. The Blood Eagles sealed off the cave and established a stronghold around the location.

The main entrance to the location, near the fast travel spawn point, is chained up. Going southwest instead, one passes by a bus that contains a locked safe (Picklock 1). This leads to an alternate entrance to the Dagger's Den on the right. Immediately after taking this route, there is a yellow door (Picklock 1) that leads to the former cave entrance. It has since been boarded up by the Blood Eagles, and "Dagger's Den" has been graffitied above it.

The Dagger's Den has a network of shacks on its ground level; one series of shacks past the yellow door eventually leads to the wilderness and rocks above the cave (to the north). Following the path provides access to a lookout tower and a grilling area with a potential recipe spawn. Further north are more lookout posts.

Doubling back down to the southeast, a red door opens to more shacks. The first level has a brewing station and a recreation area with a pool table and musical instruments. The second level has a steamer trunk and a kitchen area. Continuing east leads one back to the yellow door near the cave.

On the outskirts of the Dagger's Den, to the south, is a small bridge and lookout platform complex made out of two large trees. Westward is a final guard tower with Bloody Pecker.

The location of Hawke's Refuge was changed to Dagger's Den in patch 22.

The Dagger's Den appears only in Fallout 76, introduced in the One Wasteland For All update. 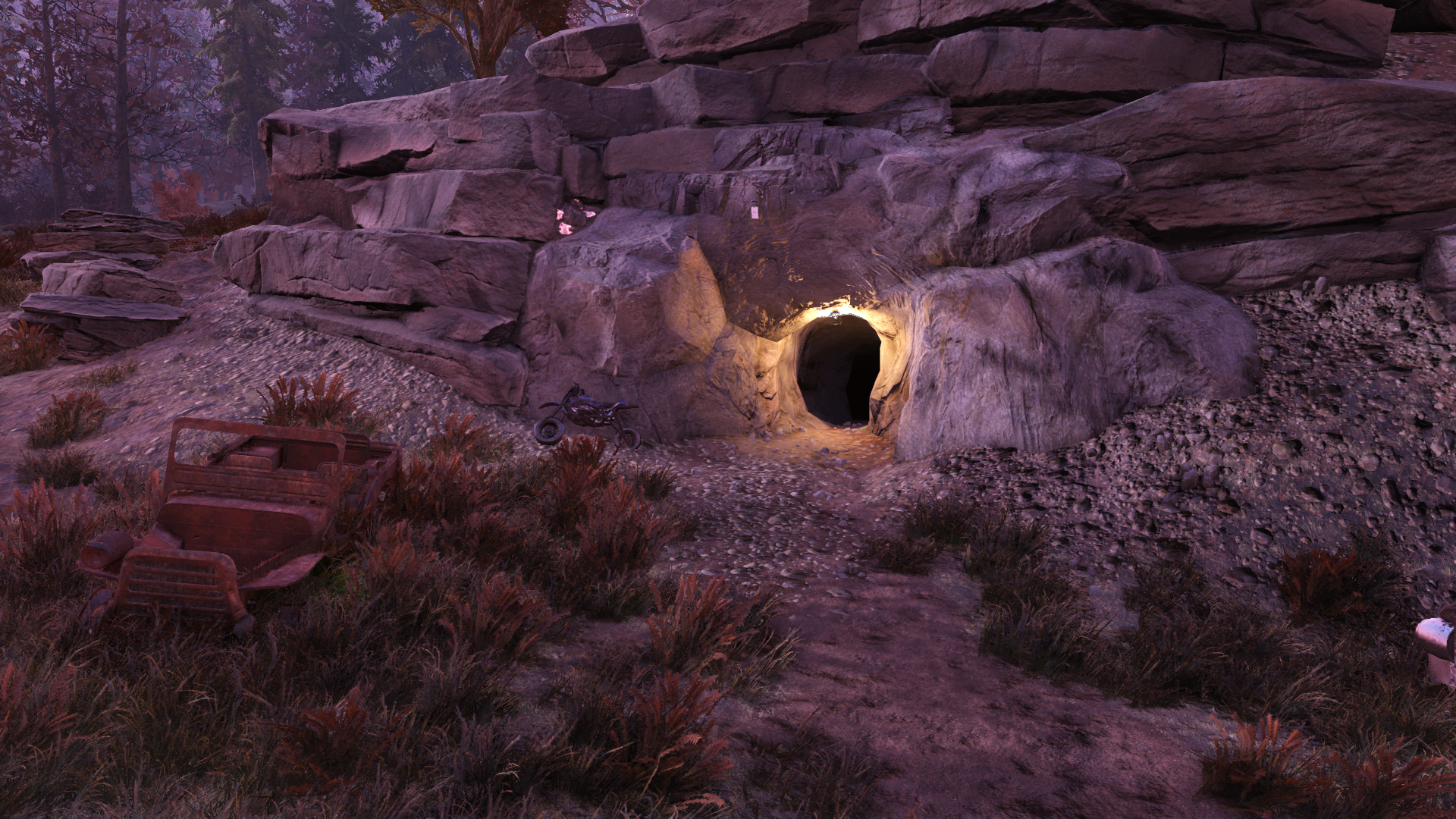 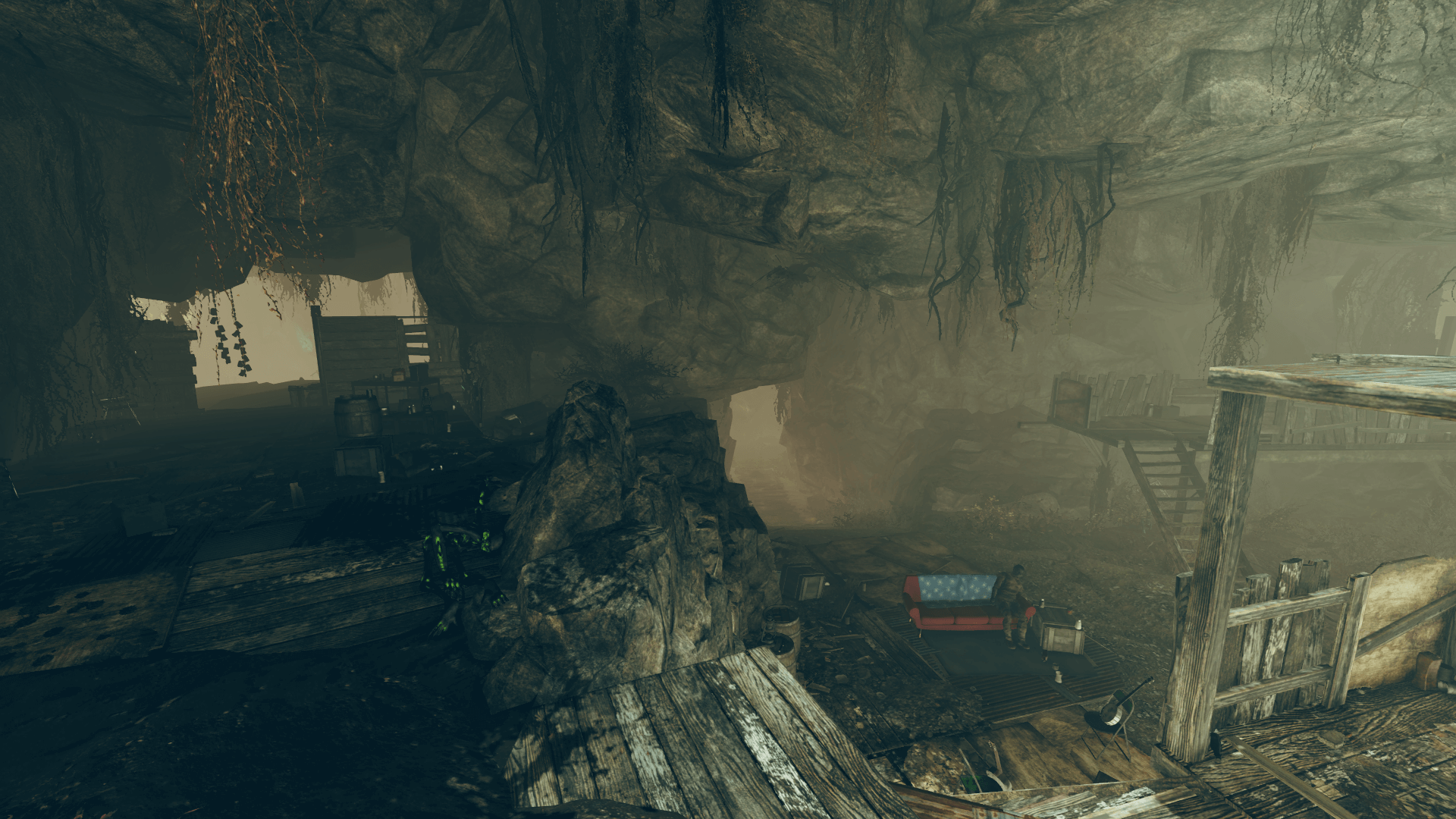 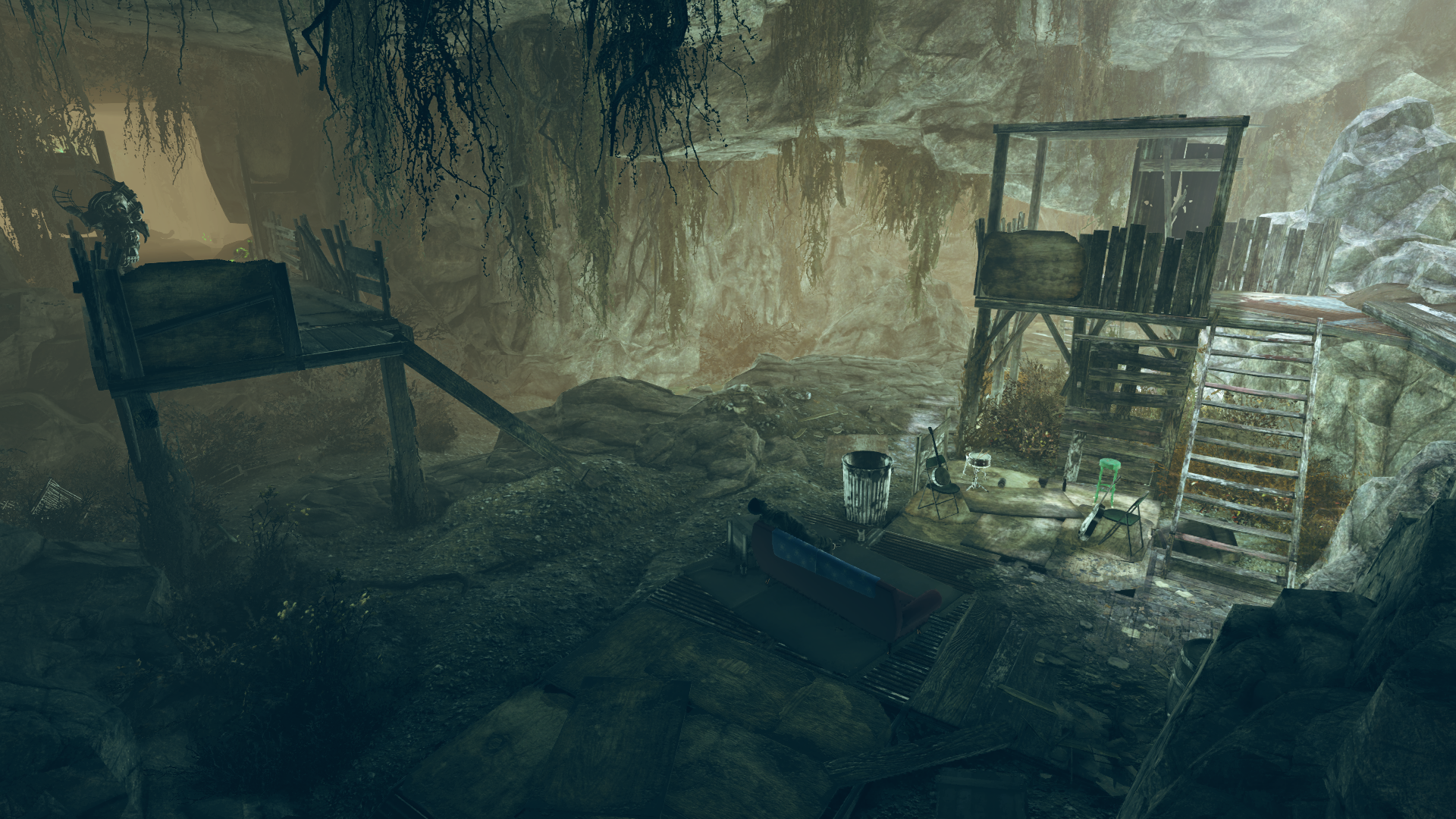 The main cavern inside Hawke's Refuge 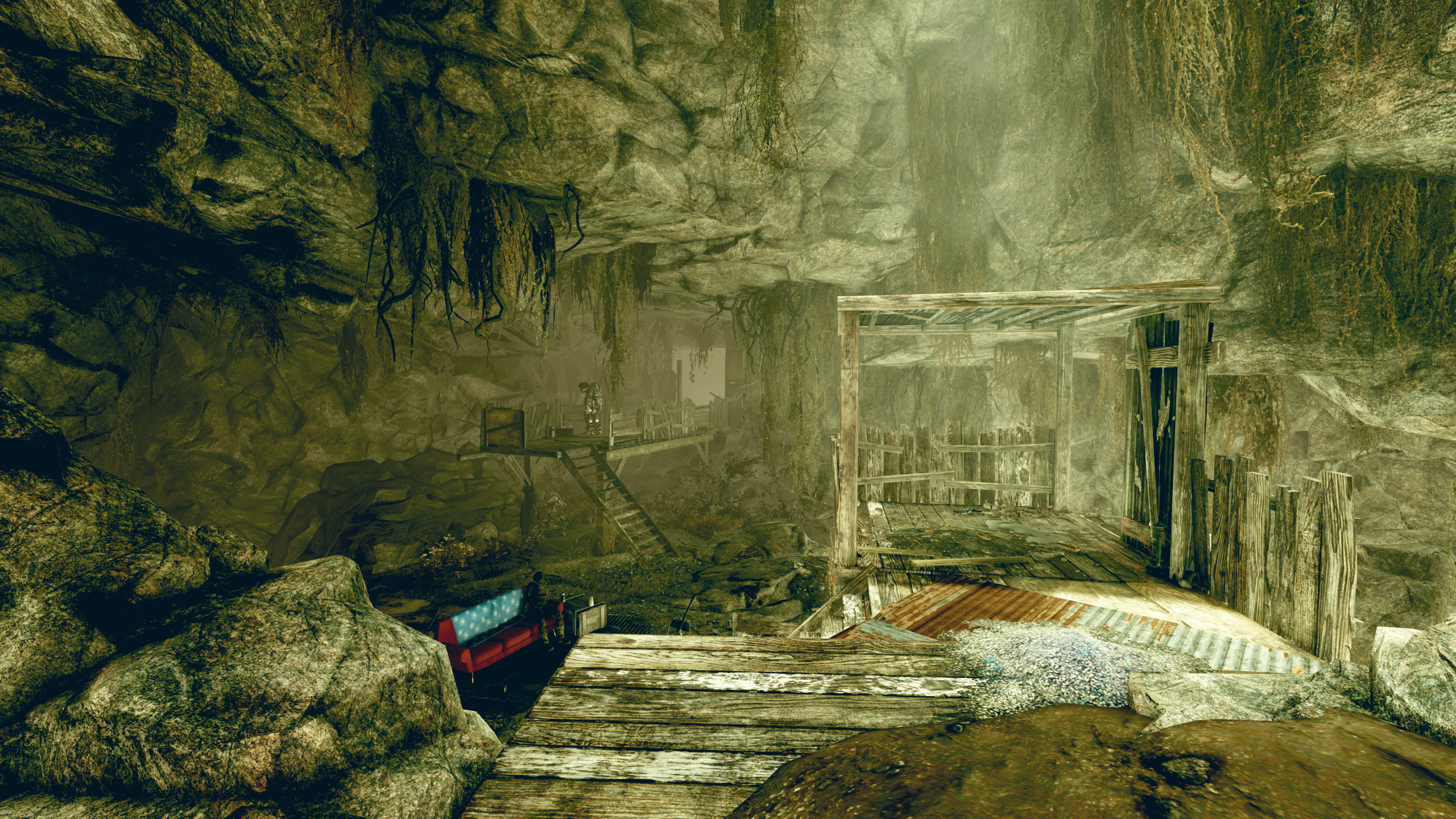 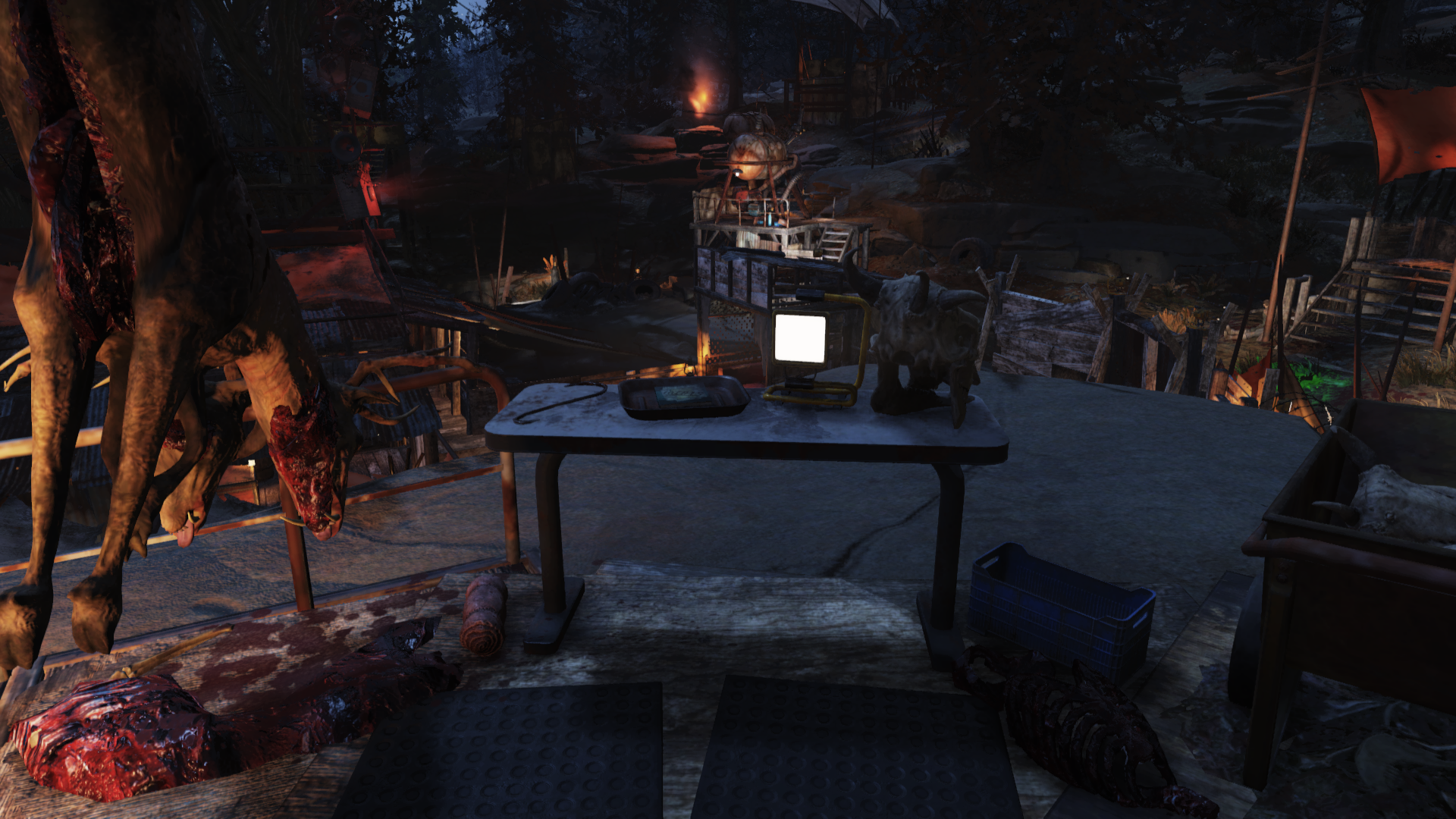 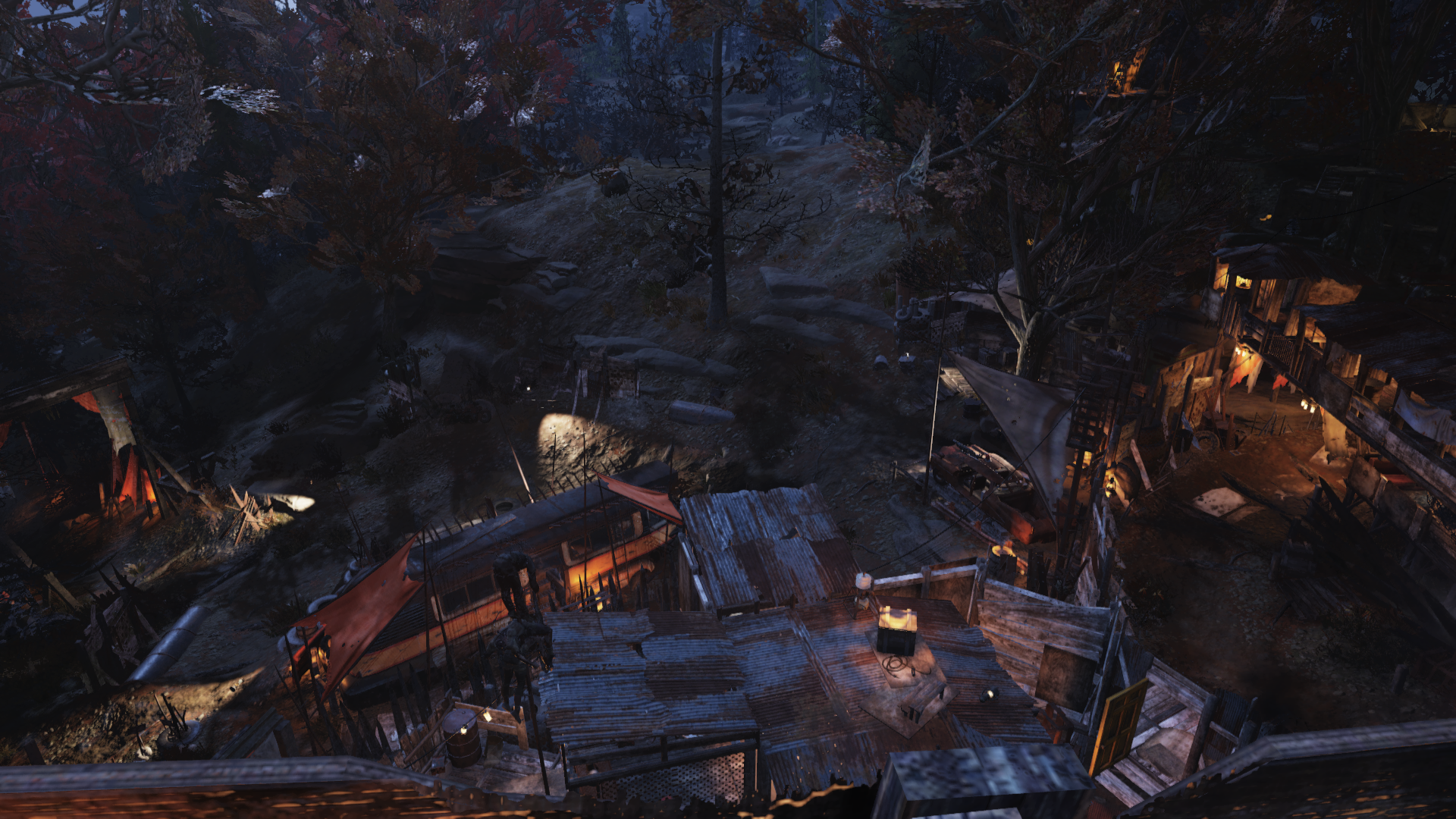 View of the camp from a northern lookout tower 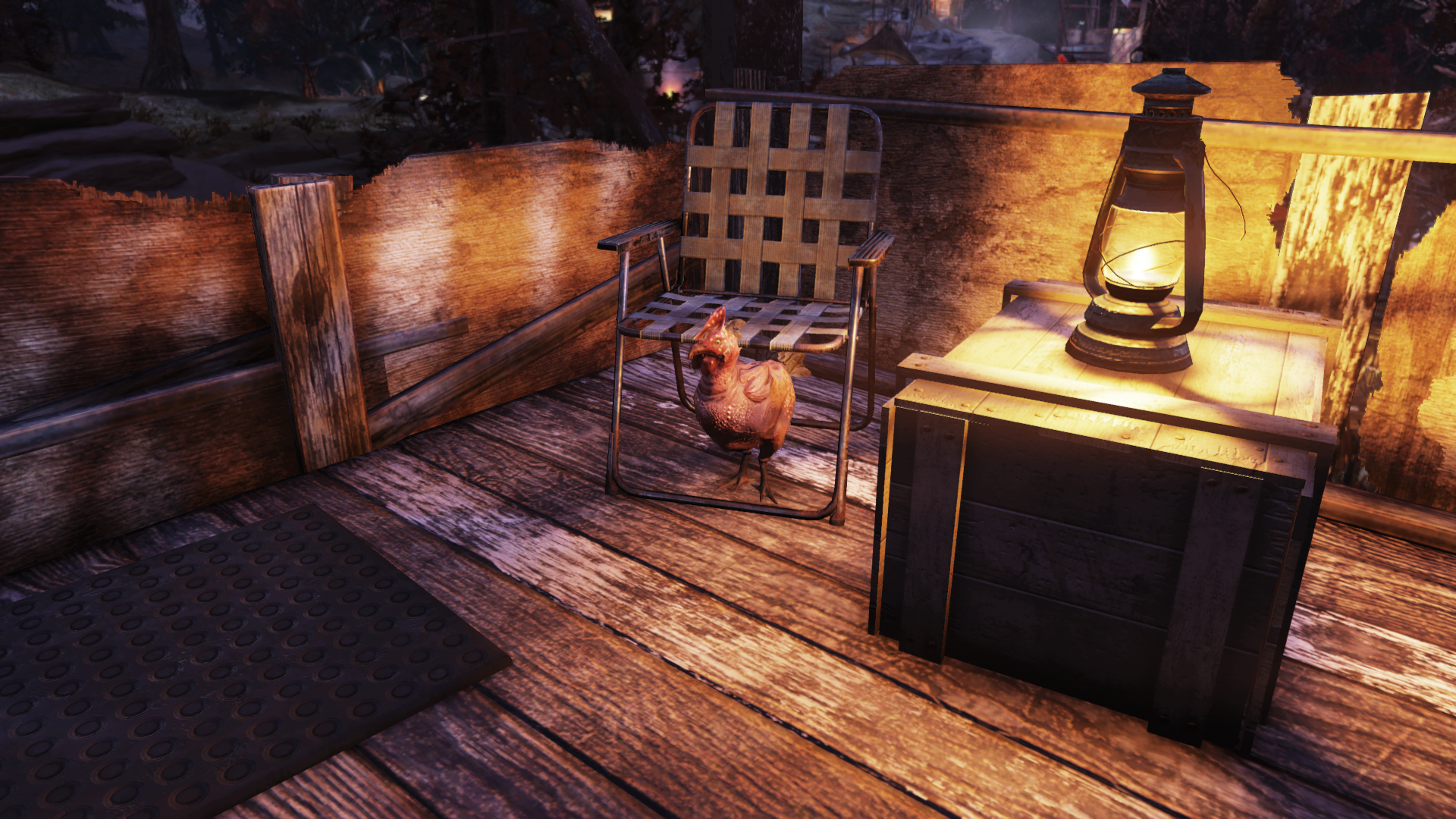 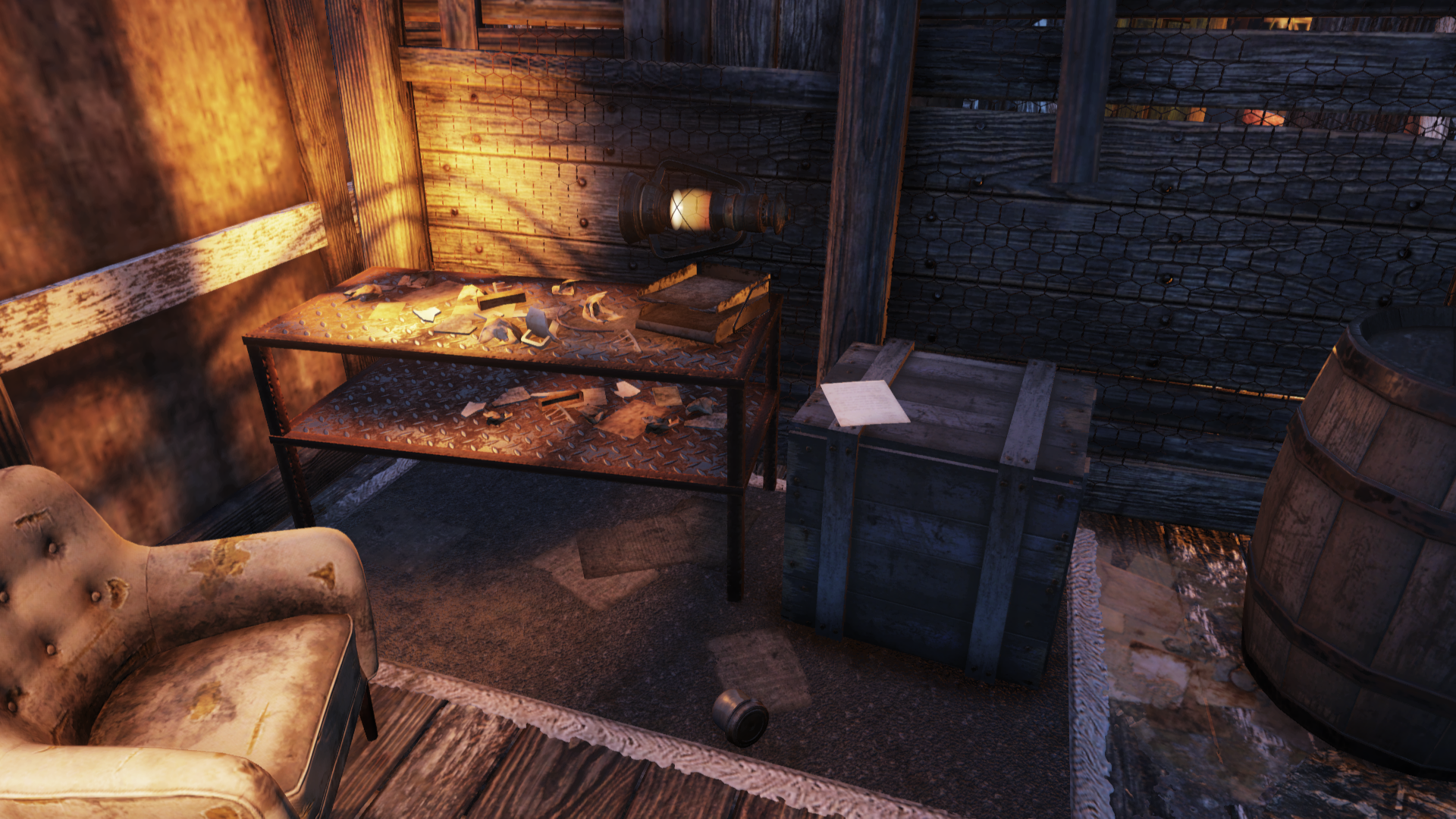