A loading screen is a page that appears on the screen when loading the game, fast traveling and entering new areas. It shows general information and hints. 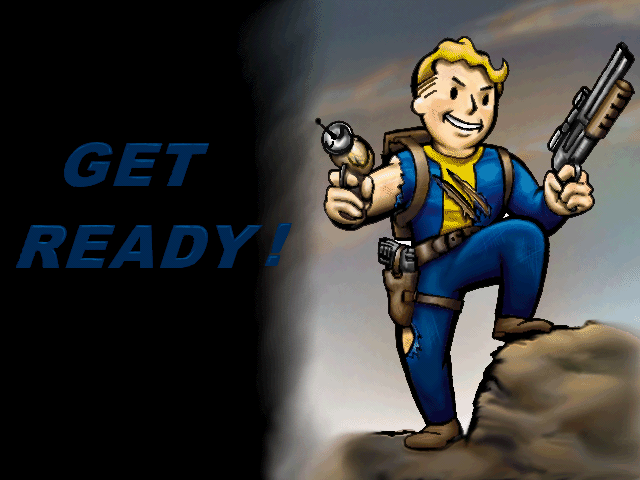 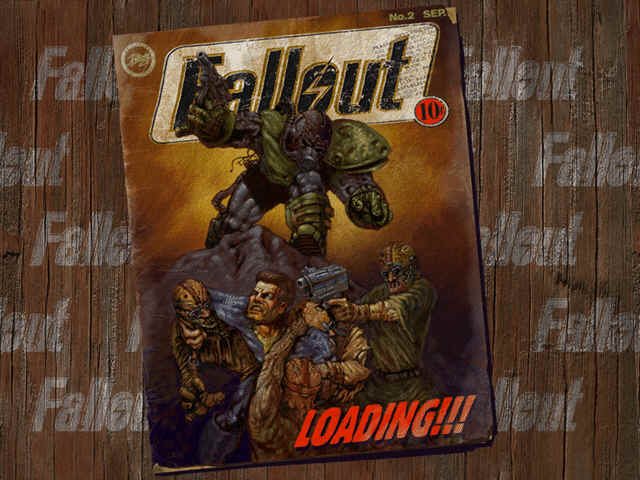 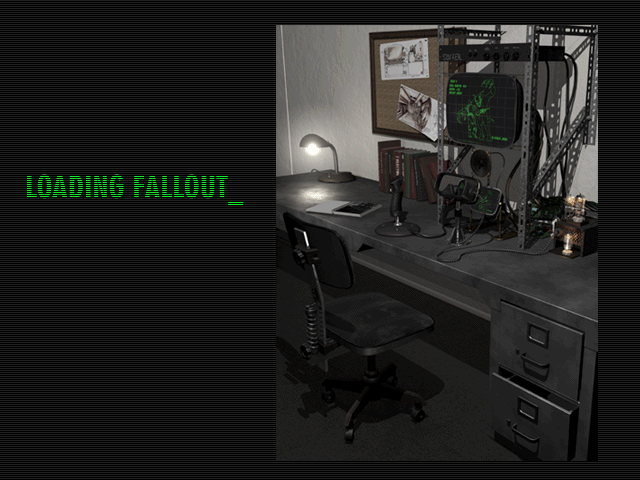 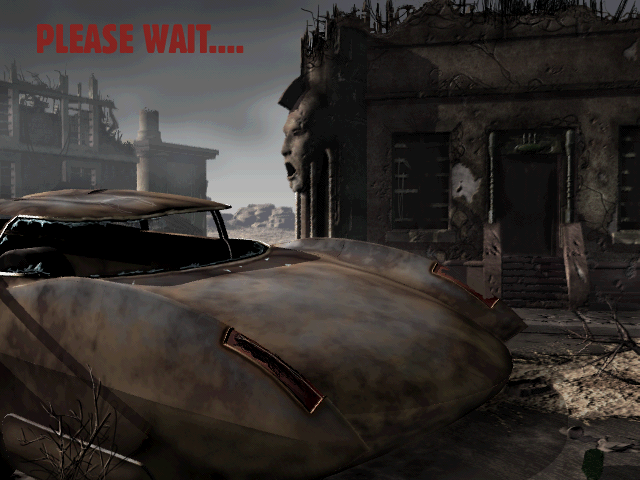 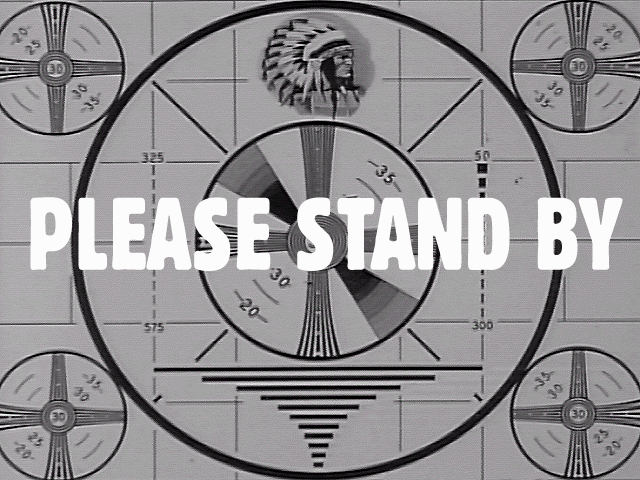 Like Fallout 1, Fallout 2's loading screens revolve around still images while booting the game. Images include a mafia Vault Boy with a machine gun and a tribal wearing a broken T-51b power armor helmet. 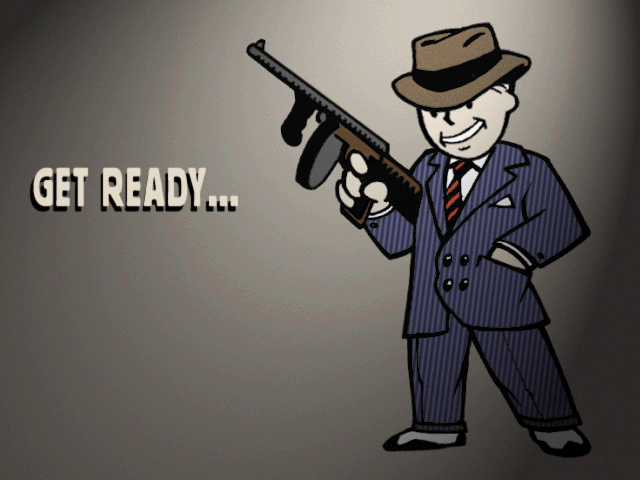 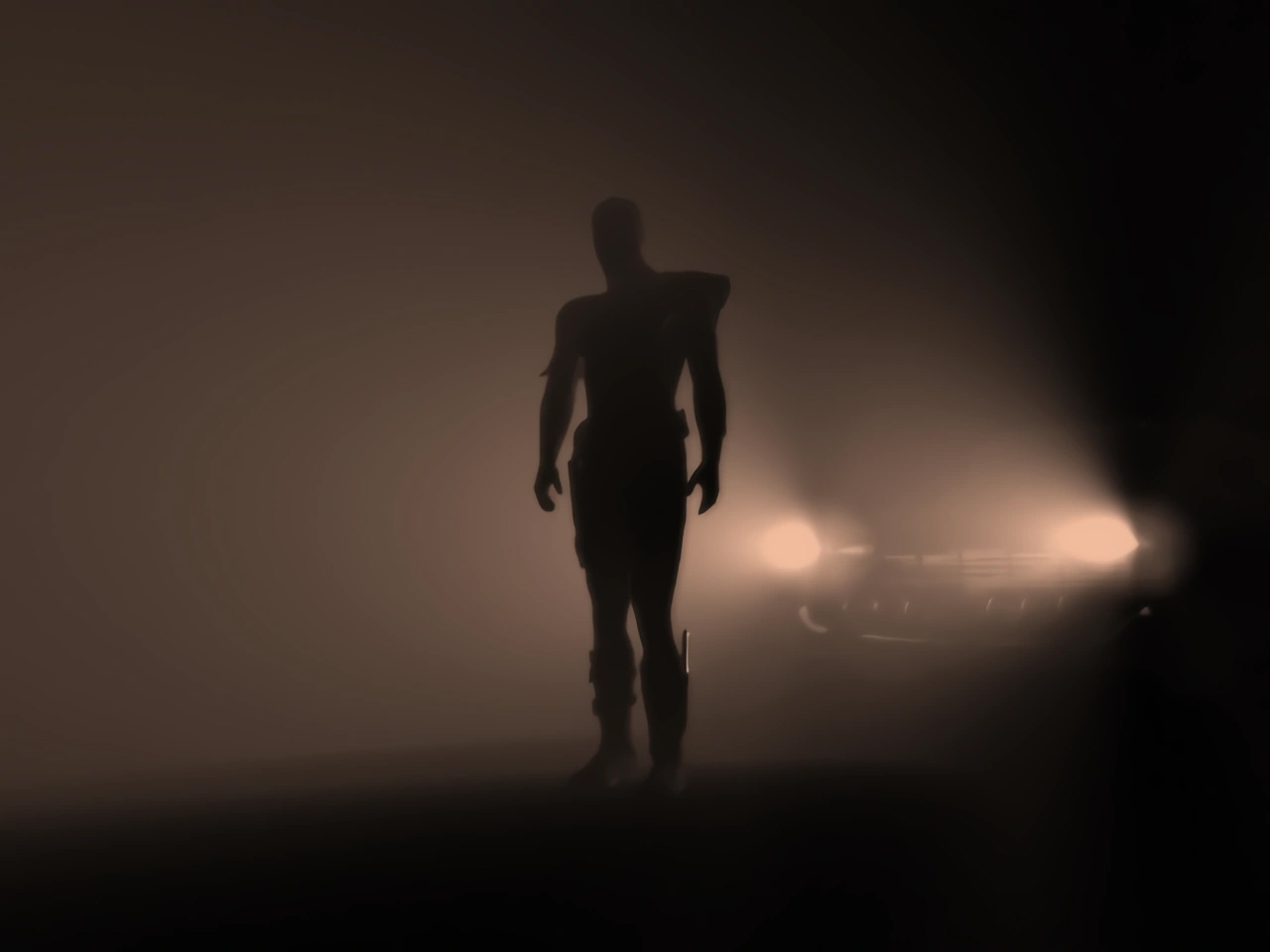 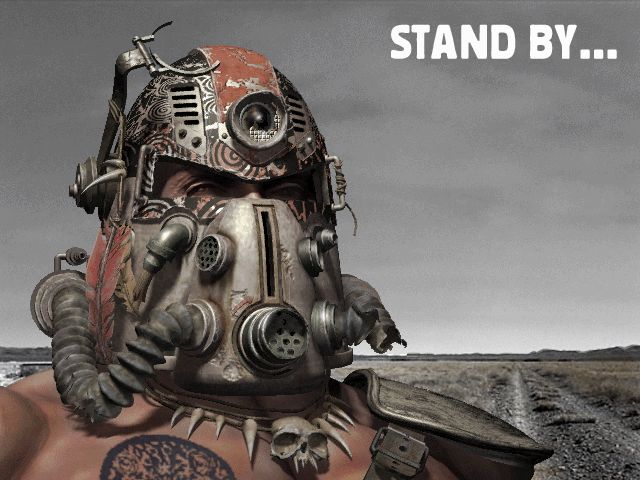 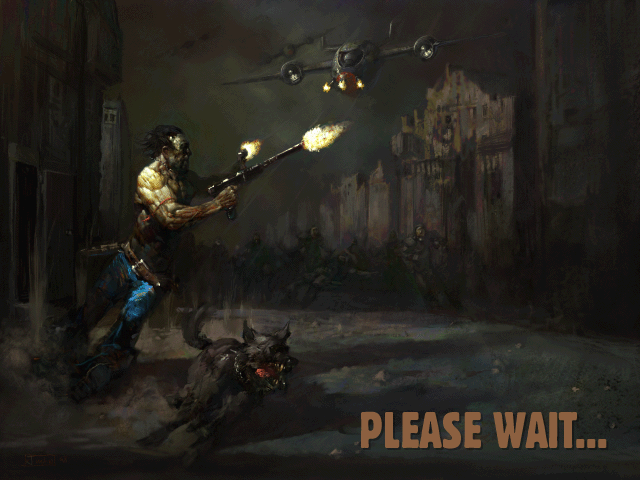 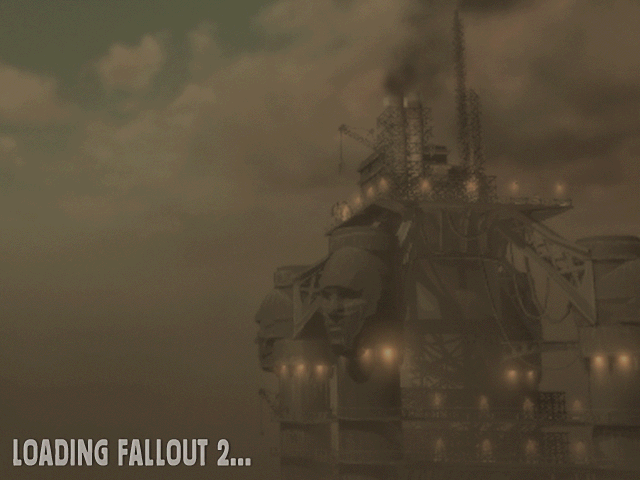 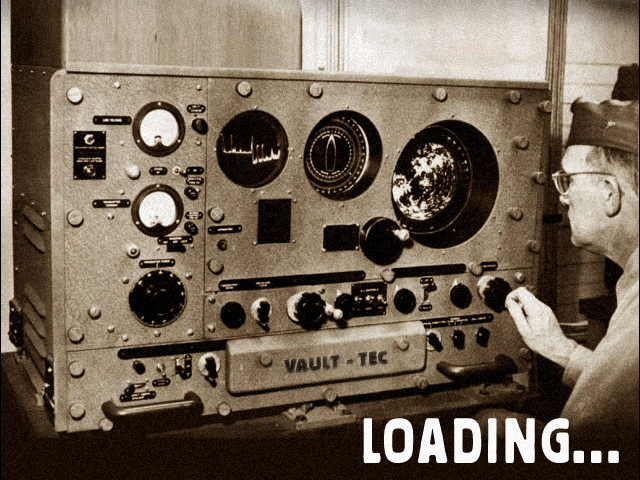 In Fallout 3, the loading screens show snippets of the general information that is found in the stats section under the general tab on the Pip-Boy 3000, along with information regarding the various perks, creatures, factions, people and locations of the game. The backgrounds, like the game introduction sequence, are supposed to look like old projector slides. They show various articles and advertisements, most of which can be found as posters in the game, along with slides from the G.O.A.T. examination. A minimalistic clock face shows loading time, as opposed to loading progress. It also displays helpful game hints.

In Fallout: New Vegas, the new loading screens feature media from the Mojave Wasteland setting, such as ads related to the casinos of New Vegas, NCR propaganda posters, and posters for the voting blocs from Vault 11. The loading icon is a roulette wheel instead of a clock or vault door. The three lines radiating out from the roulette wheel are from the insignia of Vault-Tec Industries, similar to those seen in Fallout and Fallout 2 booting screens. Amongst the pre-war advertisements on the loading screens is a poster for Dean Domino, a pre-War lounge singer who appears in the Dead Money add-on. They give many gameplay hints.

There is a bug where the screen does the animation and pans the slides, but does not load even when given over 30 minutes. Cleaning the game DVD and making sure the game is installed can help, if that does not work, the earliest save should first be loaded and then the desired one.

These slides briefly appear at random while loading a savegame. 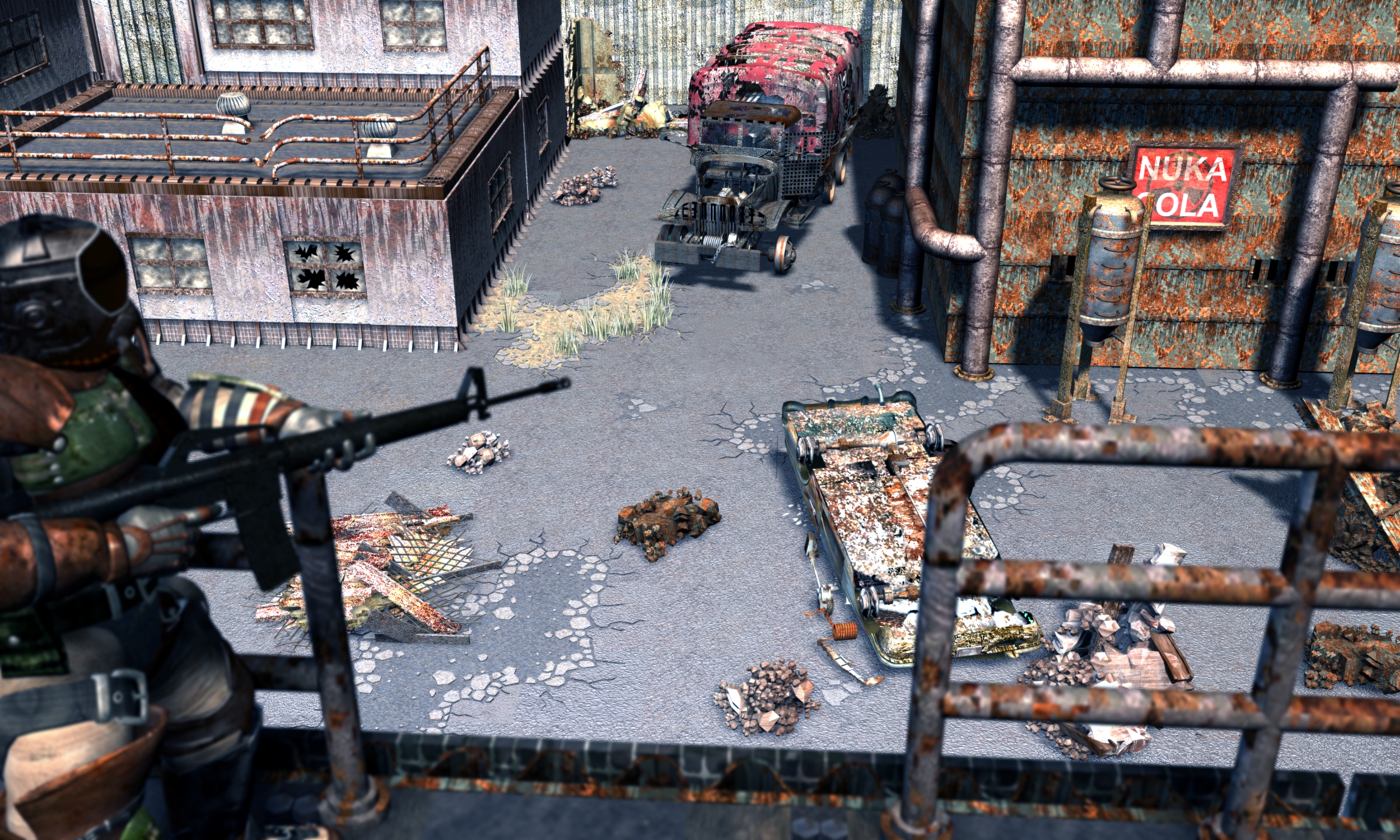 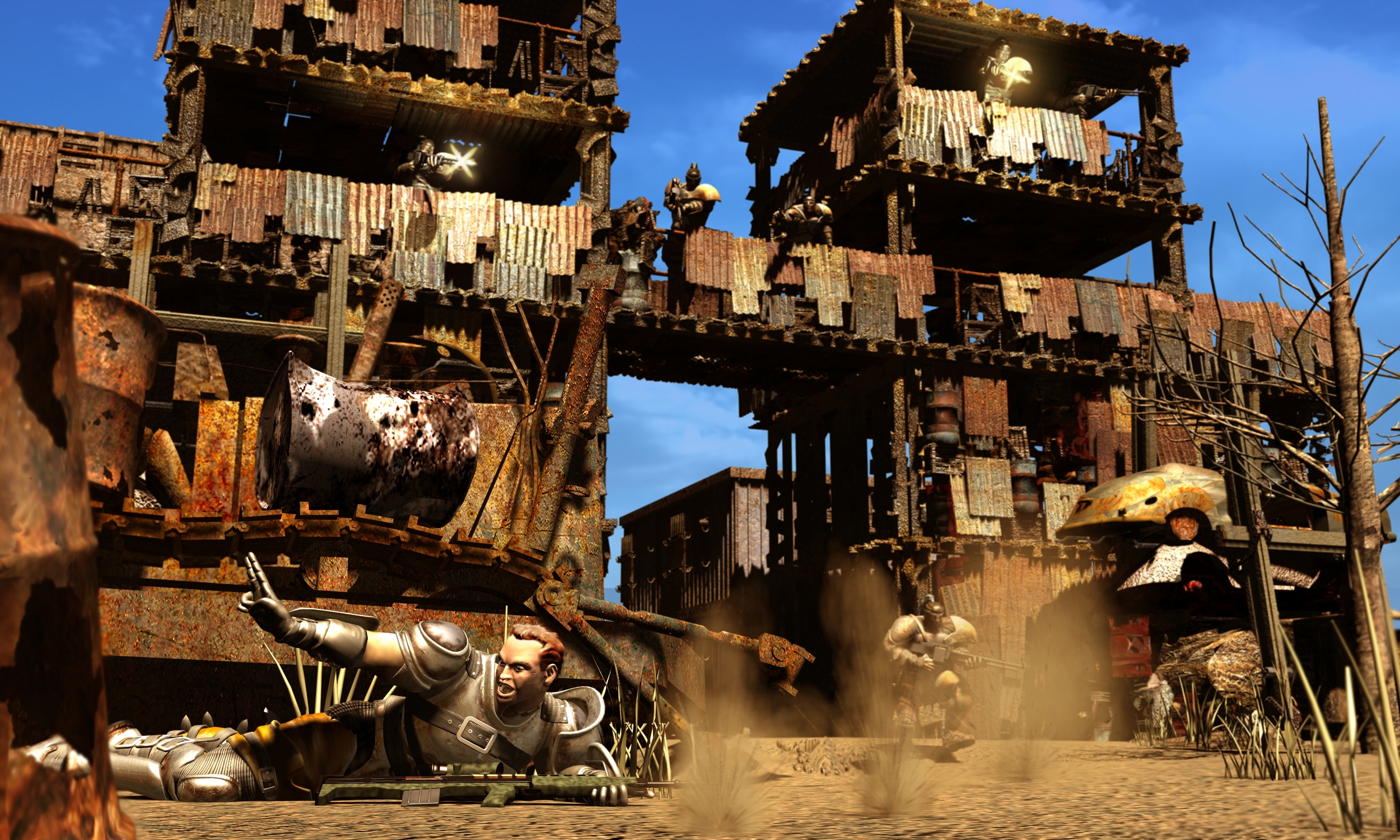 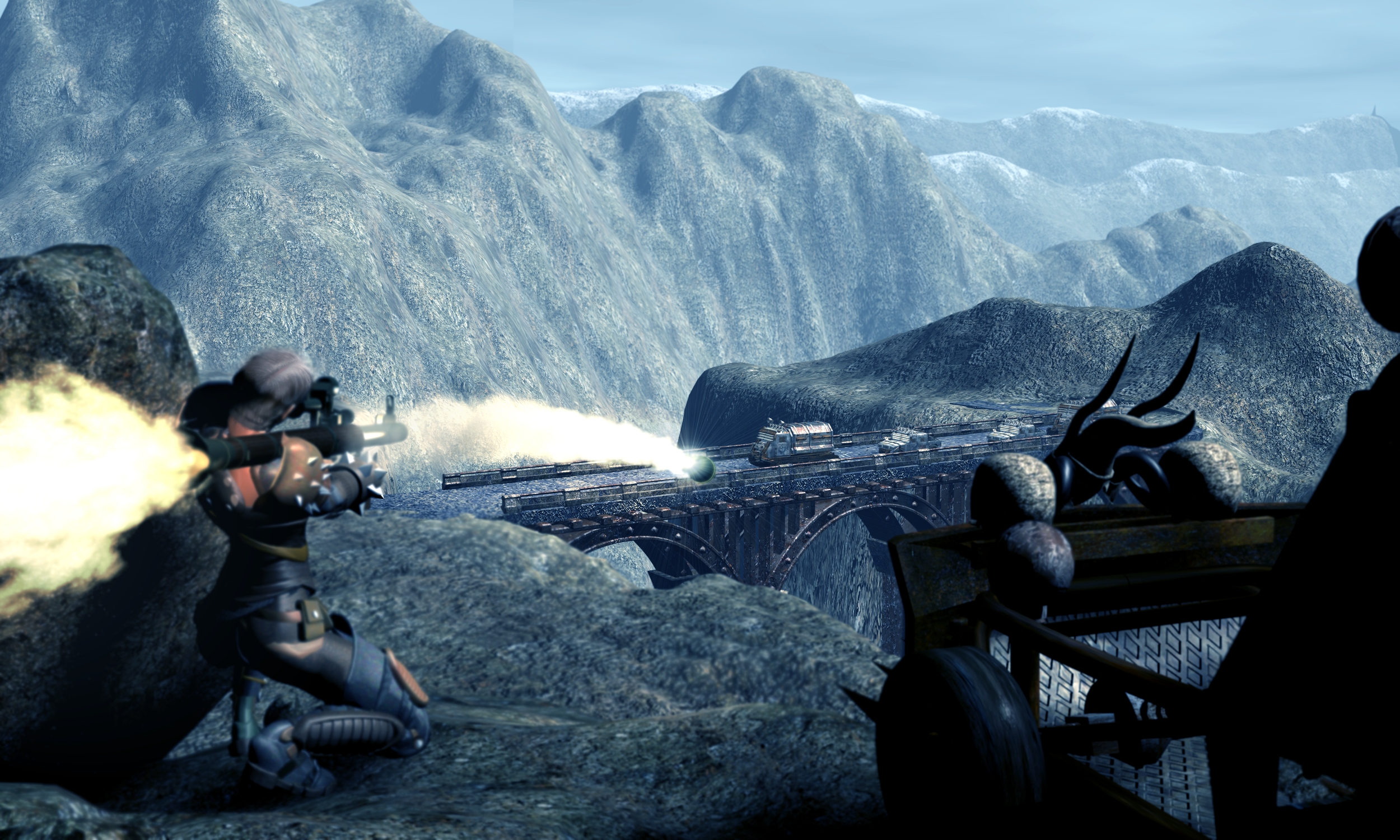 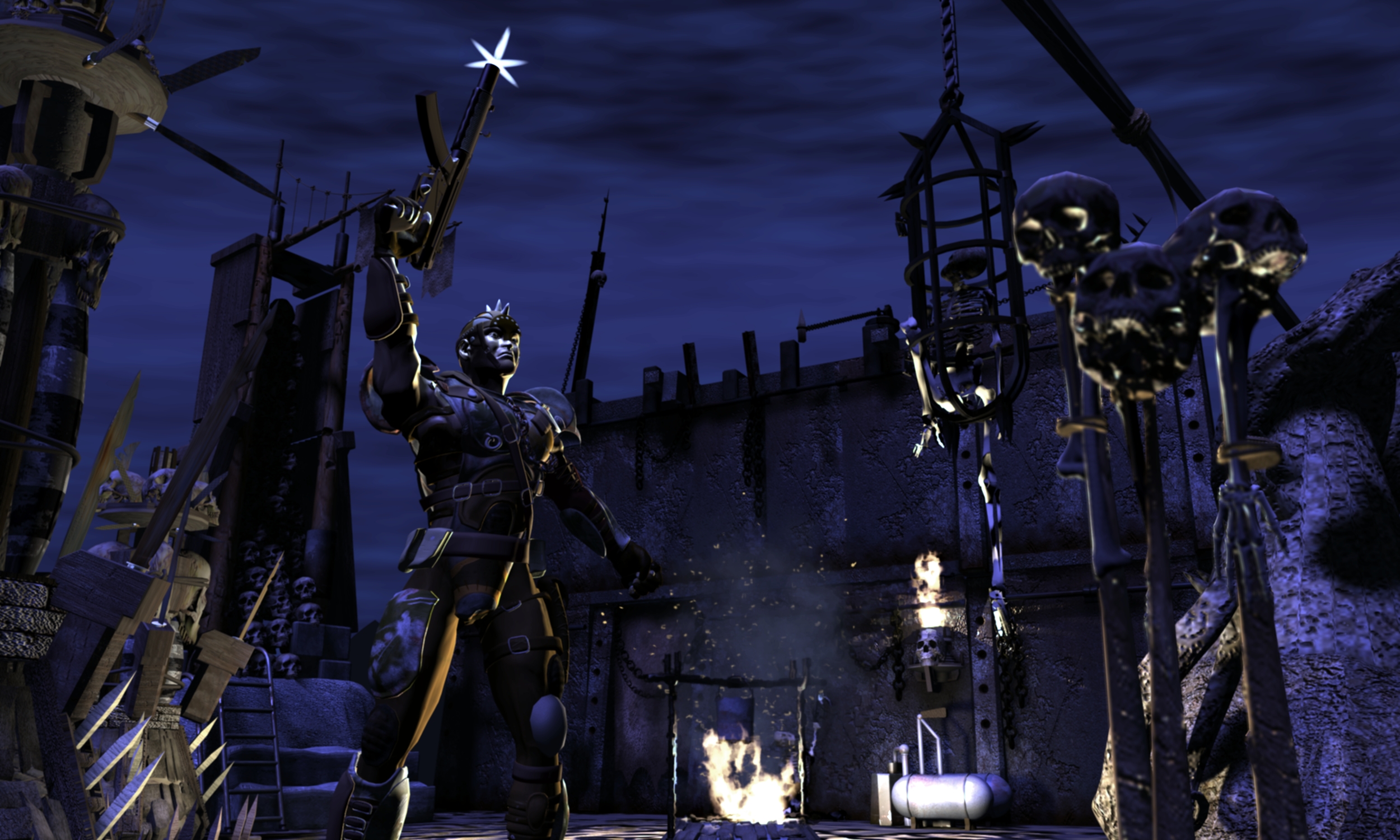 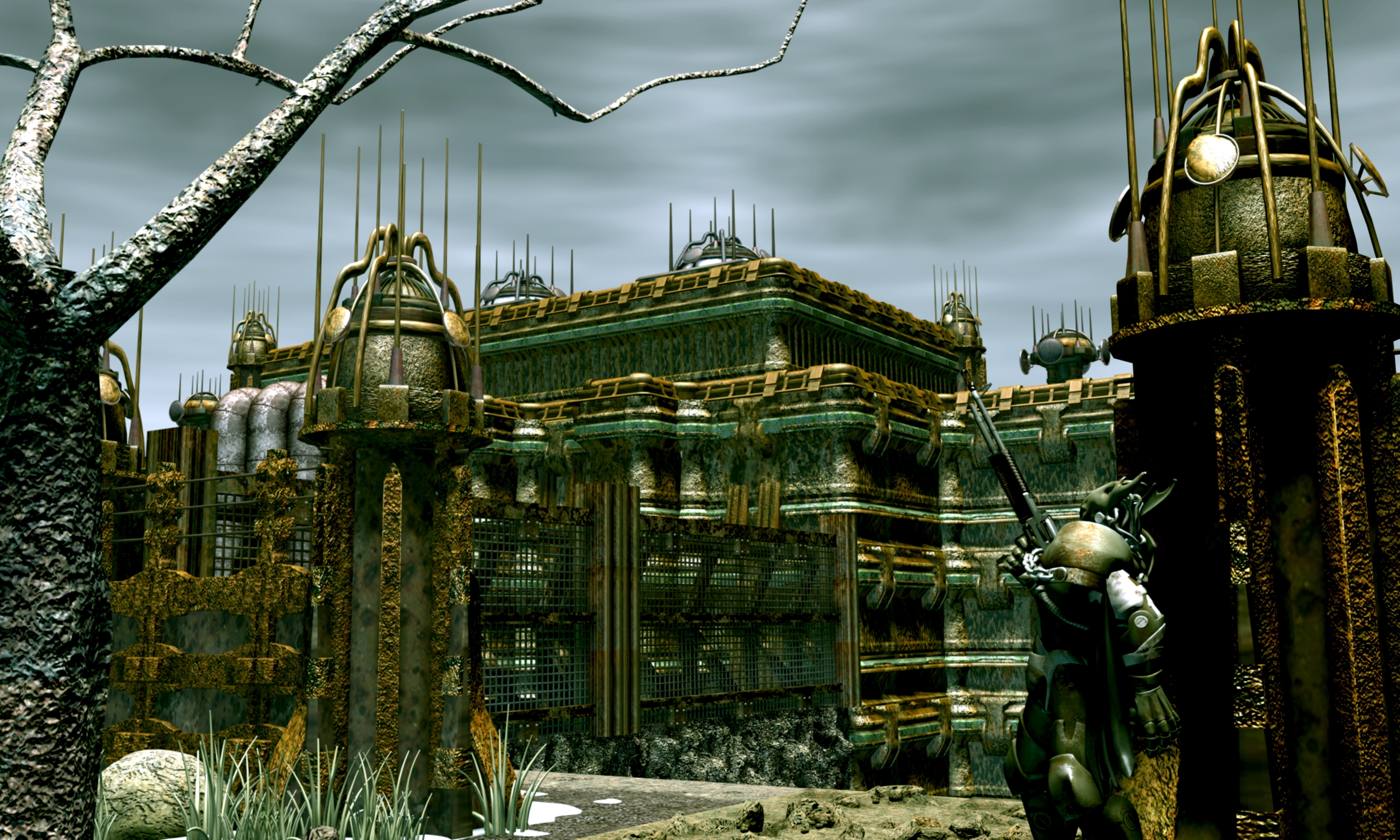 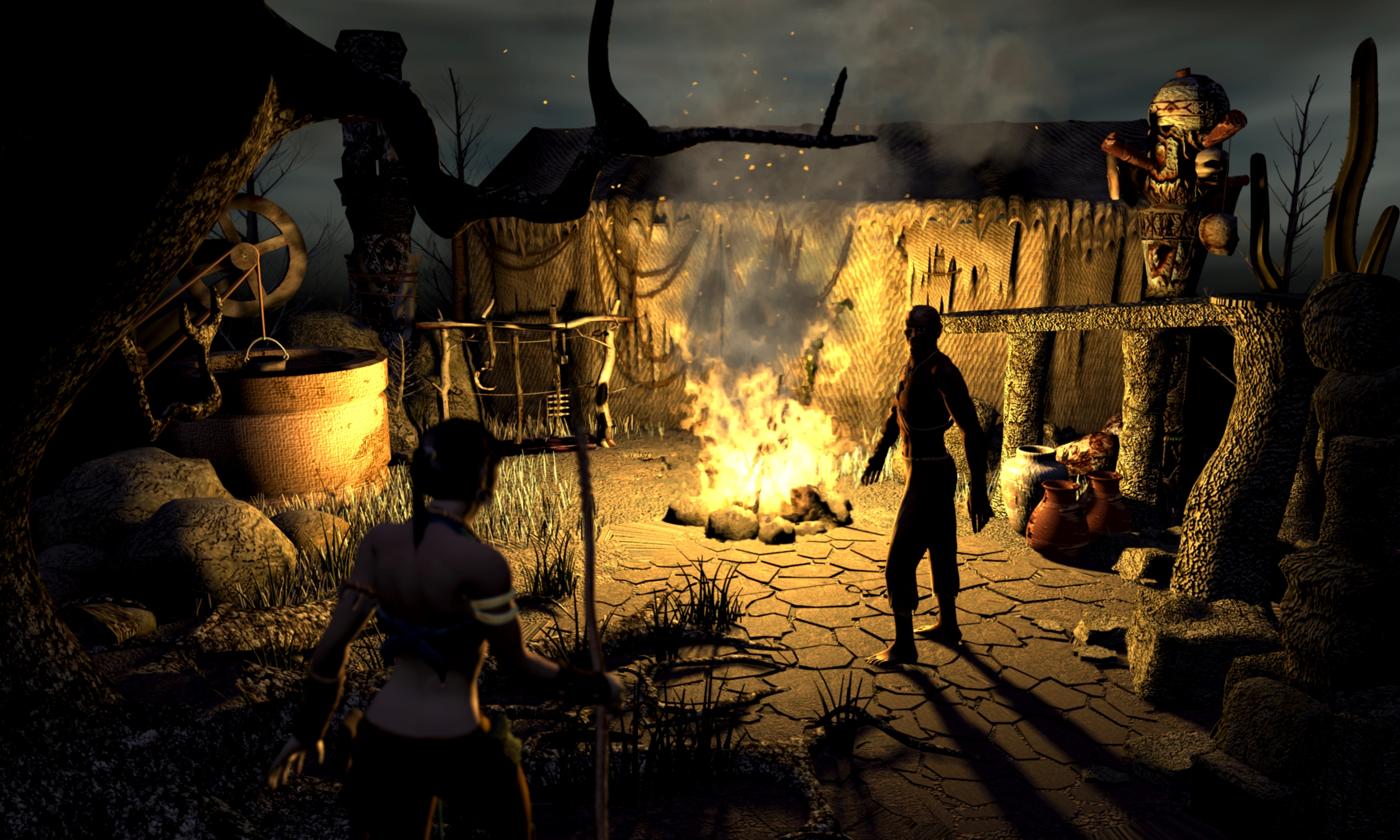 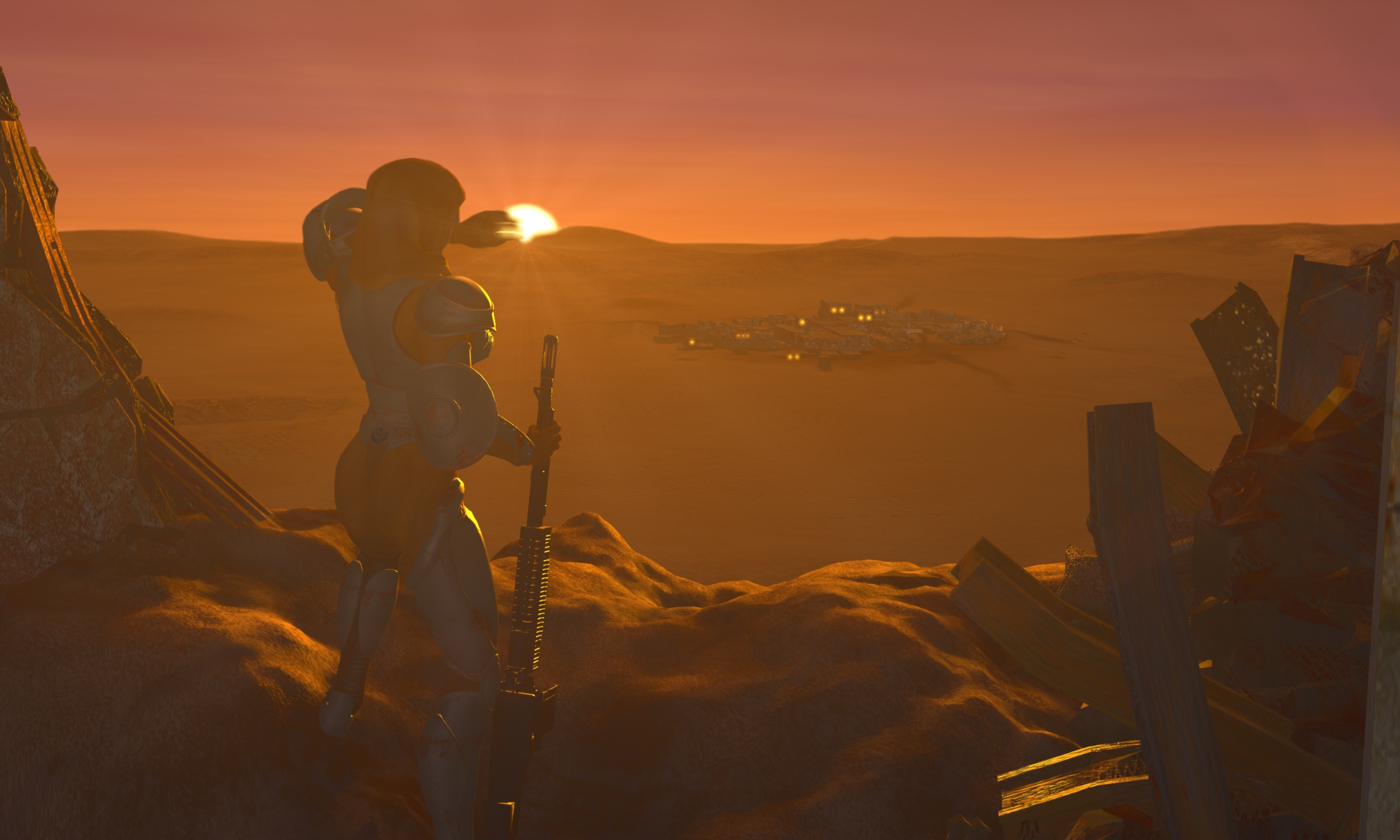 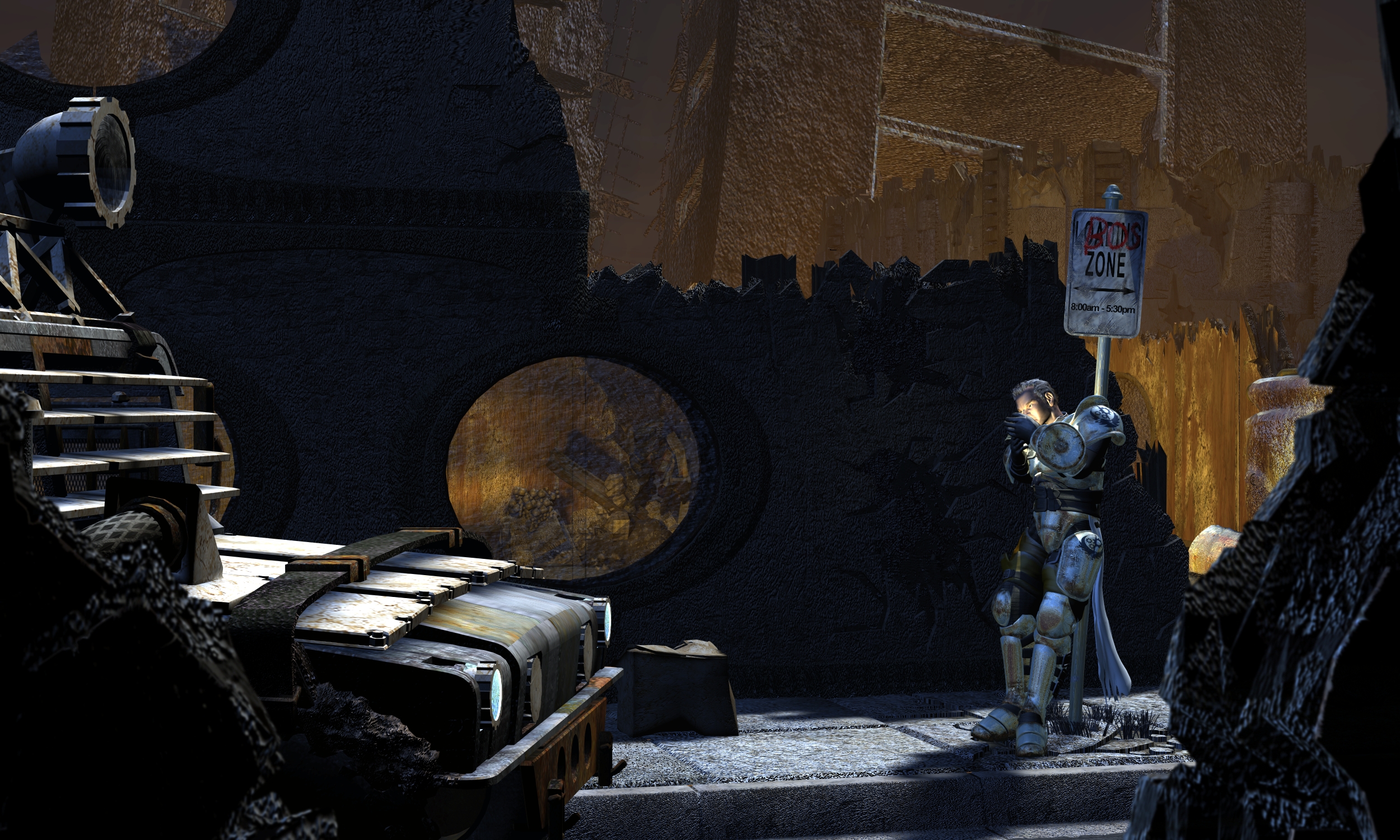 Fallout: Brotherhood of Steel does not have loading screens in the sense of image slides or displaying hints. When a next scene is loaded entering new sections, levels or Chapters, the game's logo shows on the screen, spinning. 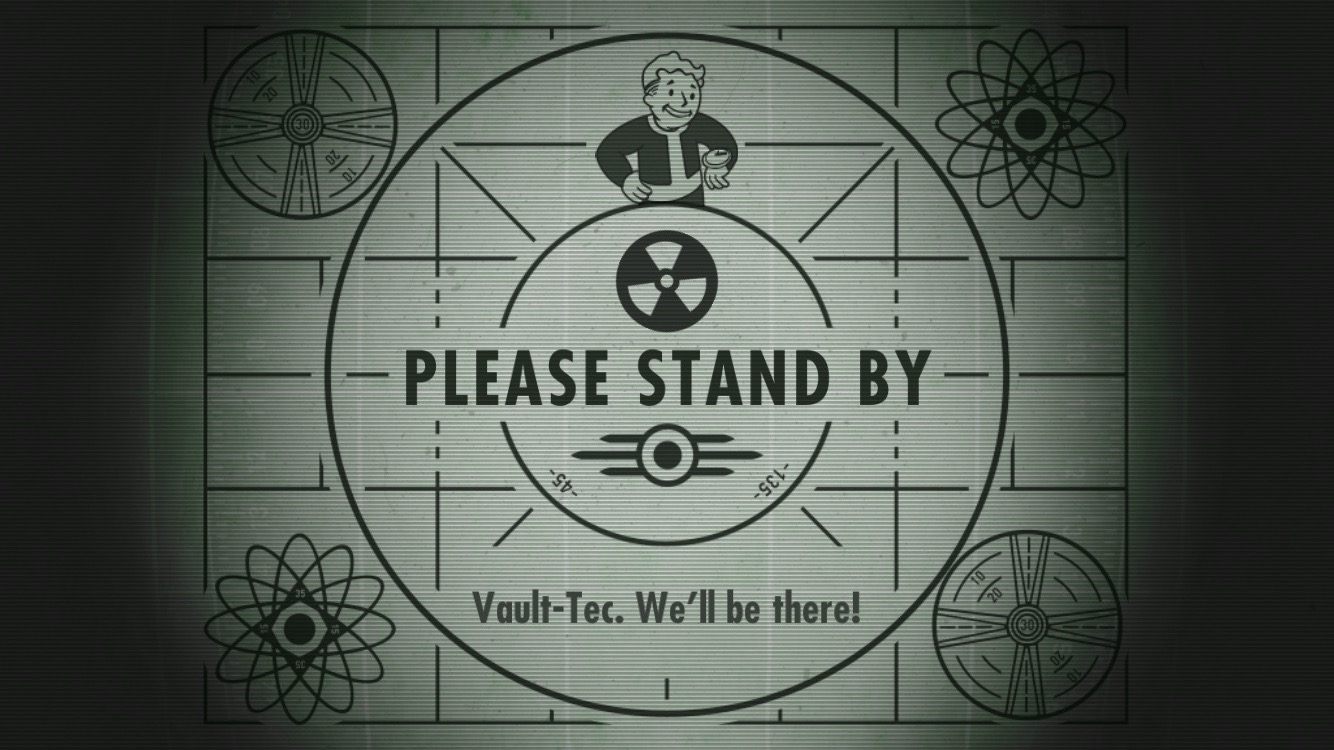 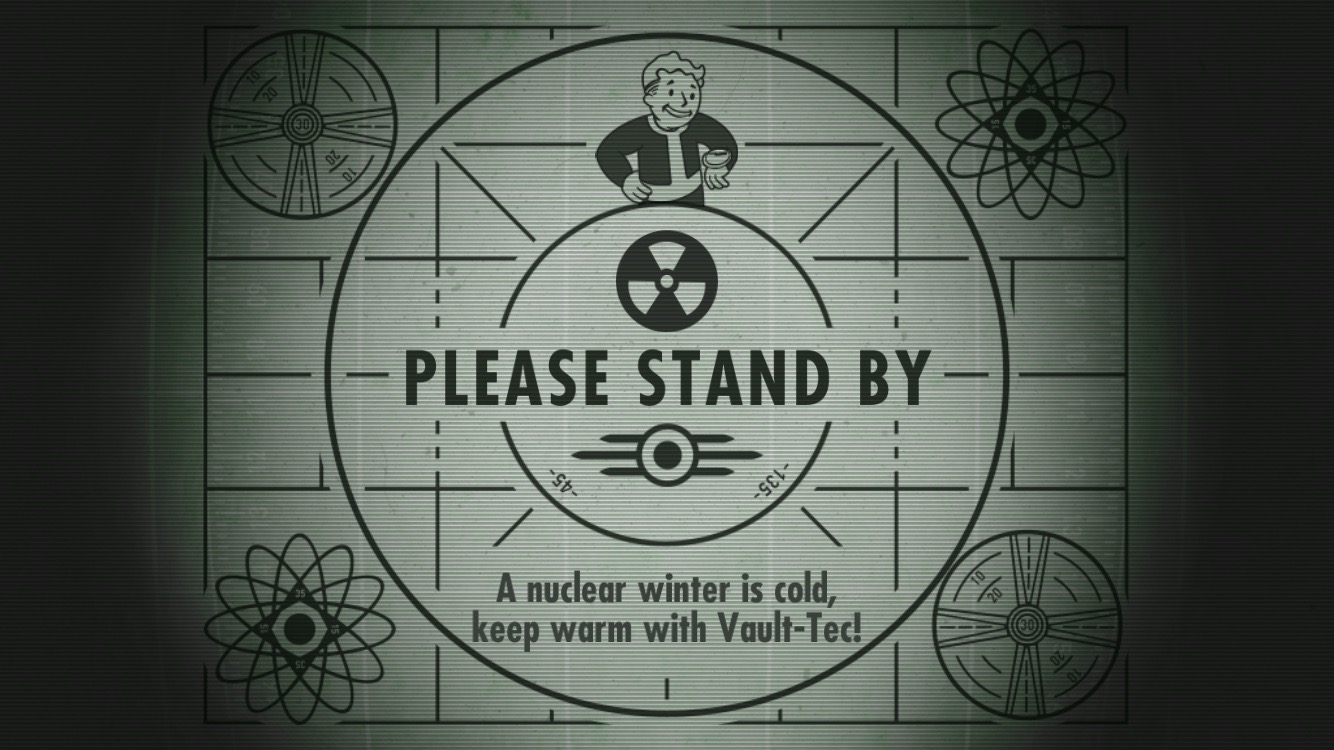 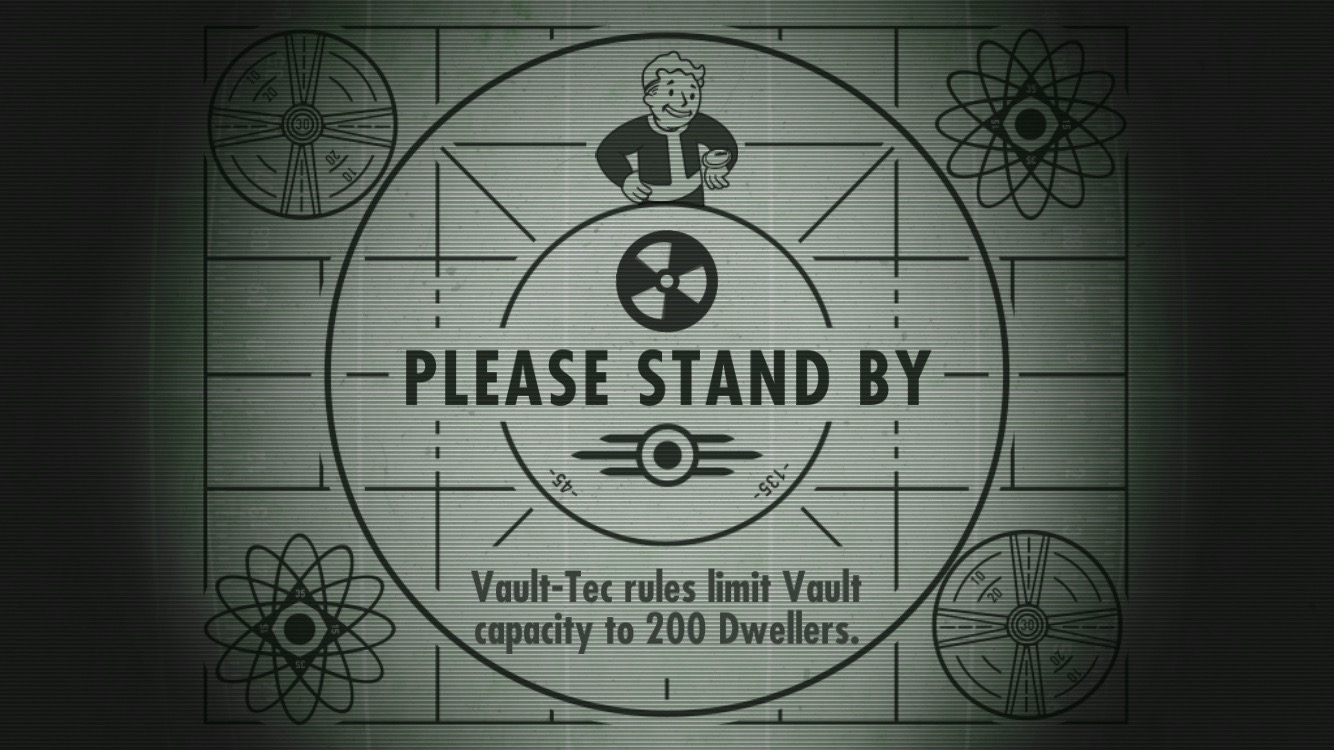 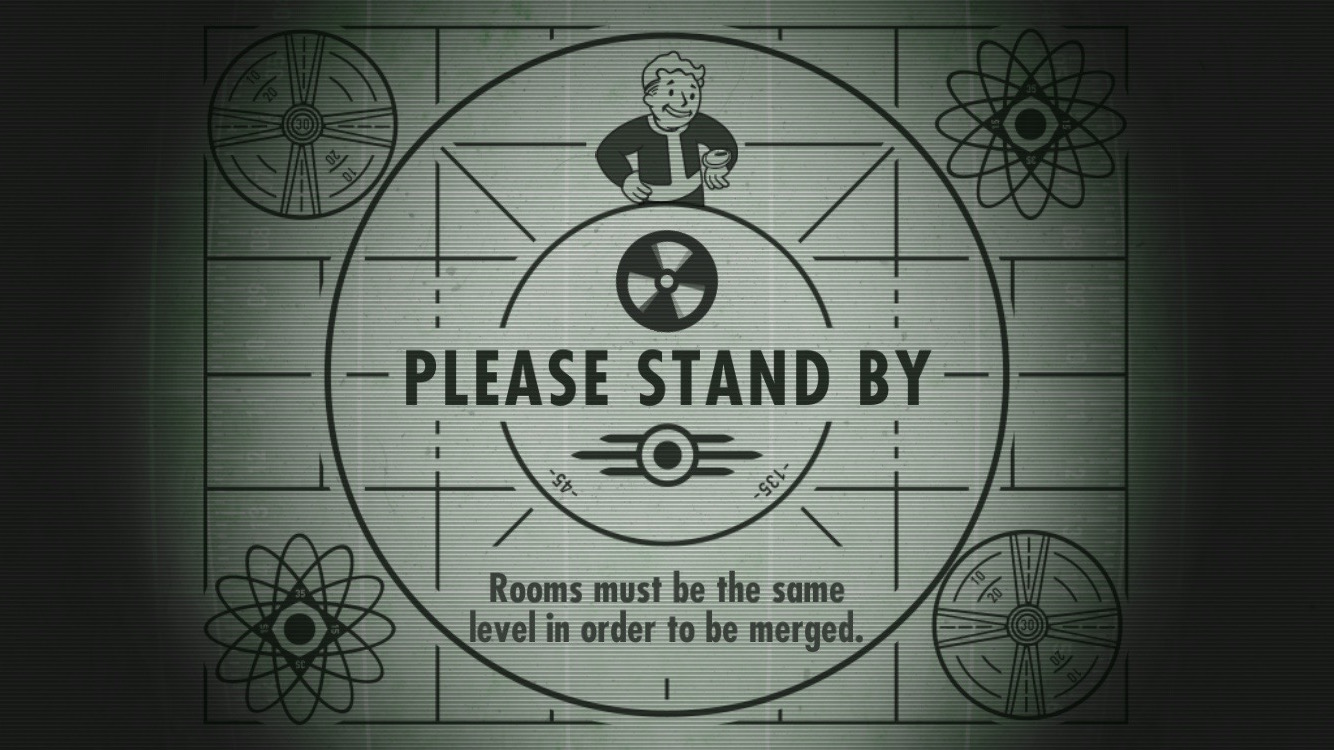 Loading screens appear in all Fallout games, though the first two use the Galaxy News Radio planet for transitions.