Hangman's Alley is a location and settlement in the Commonwealth in 2287.

Hangman's Alley is a back-alley in The Fens area of Boston, close to Fenway Park, which was devastated by the Great War like the rest of the city.

By 2287 the alley has become home to a small group of raiders, who have constructed basic defenses at both ends. Hangman's Alley becomes available as a settlement to the player after clearing out the raiders.

The Hangman's Alley settlement comes with a workshop, a weapons workbench, a cooking station, and pre-existing junk walls with doorways and a guard tower. The majority of the structures present can be scrapped, excluding the elevated shack.

Unlike most settlements, it has a very limited build height (2 levels only), which prevents the Sole Survivor from adding any structure vertically past the buildings that surround the alley. However, if done right, most of the vertical space can be used to compensate for the lack of overall space near the ground. The shape of the settlement is good at limiting areas of attack as it is only accessible from three directions (if one unchains the door up the ladder) and has flat surfaces that are easy to build on.

Hangman's Alley only appears in Fallout 4. 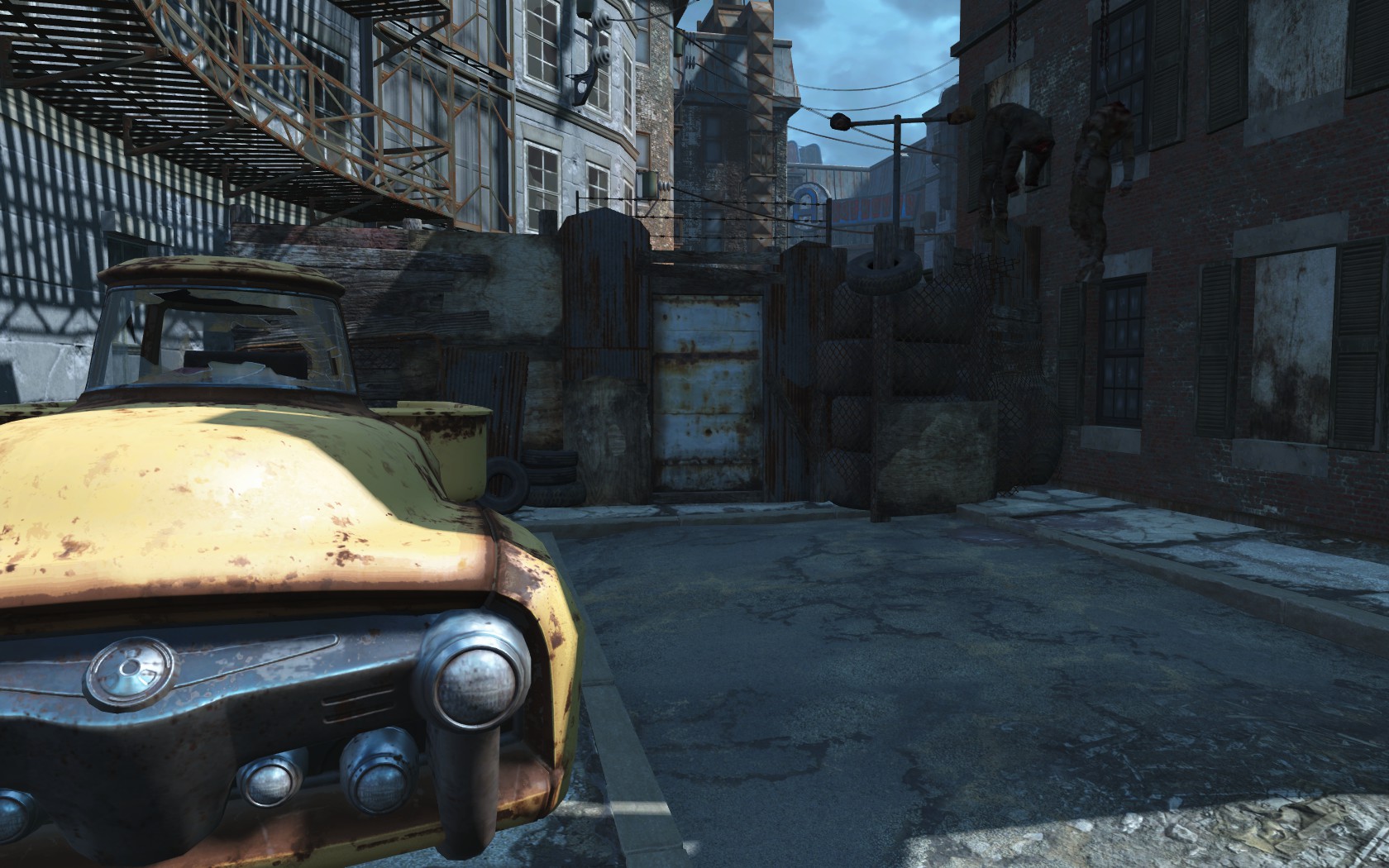 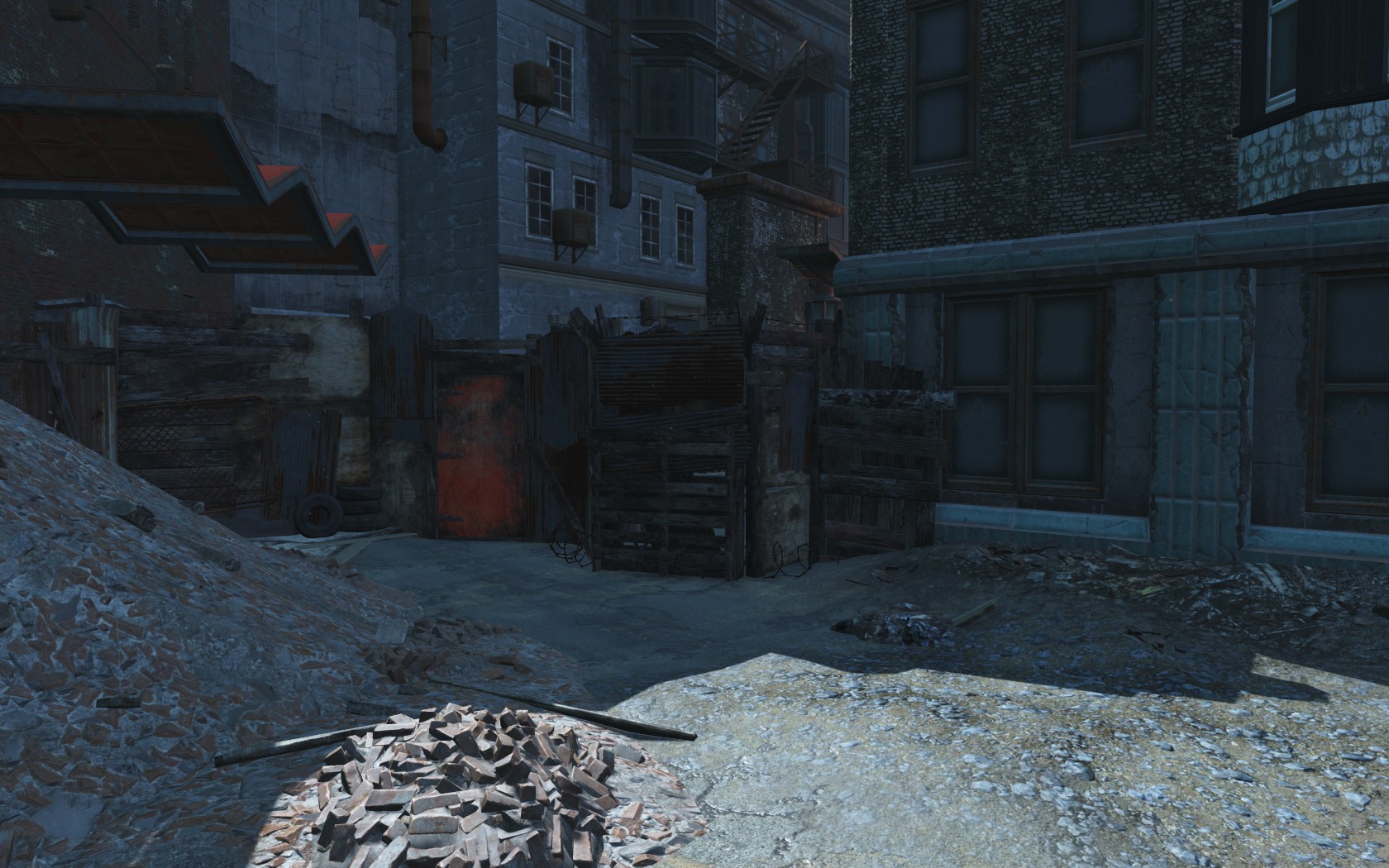 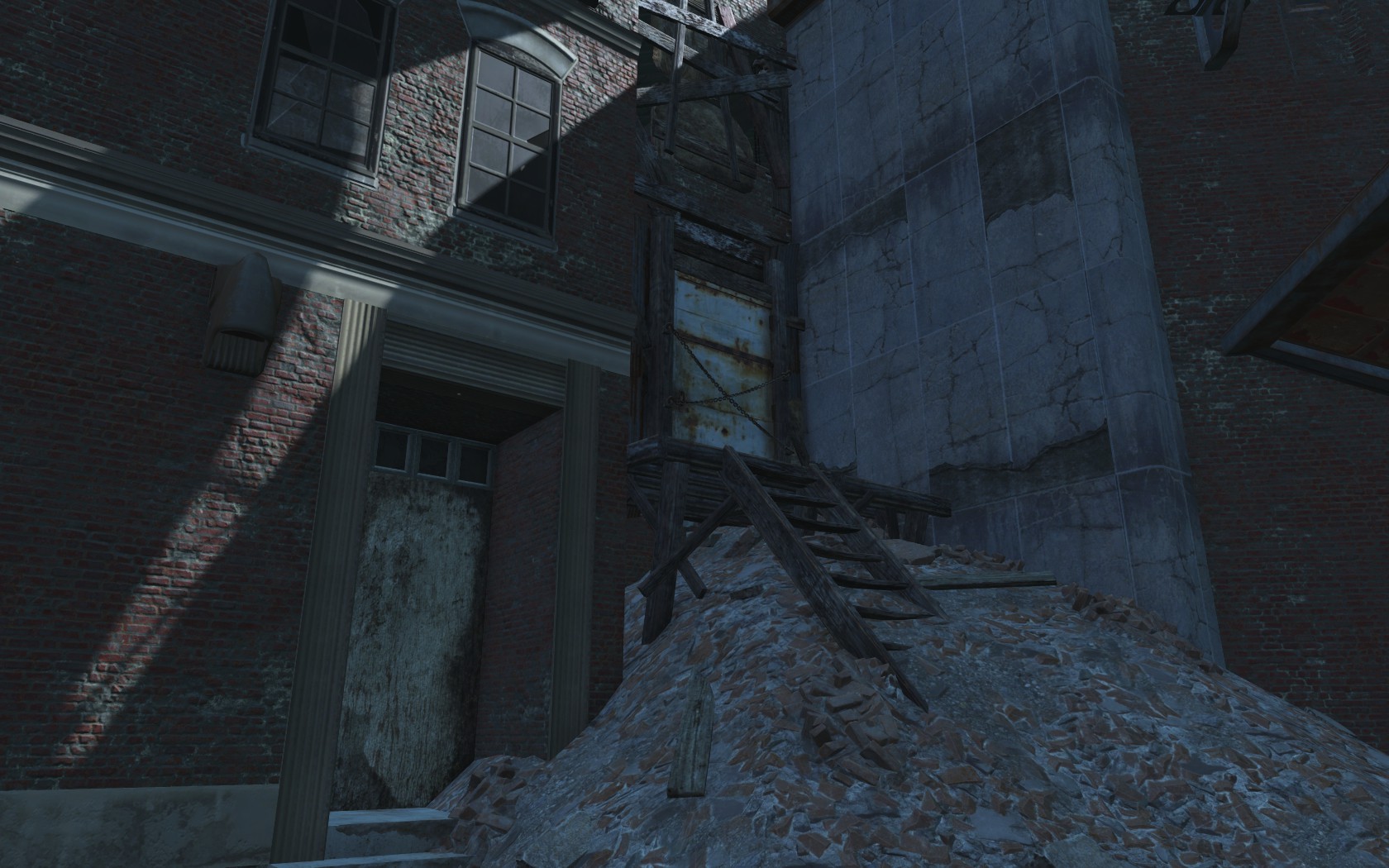 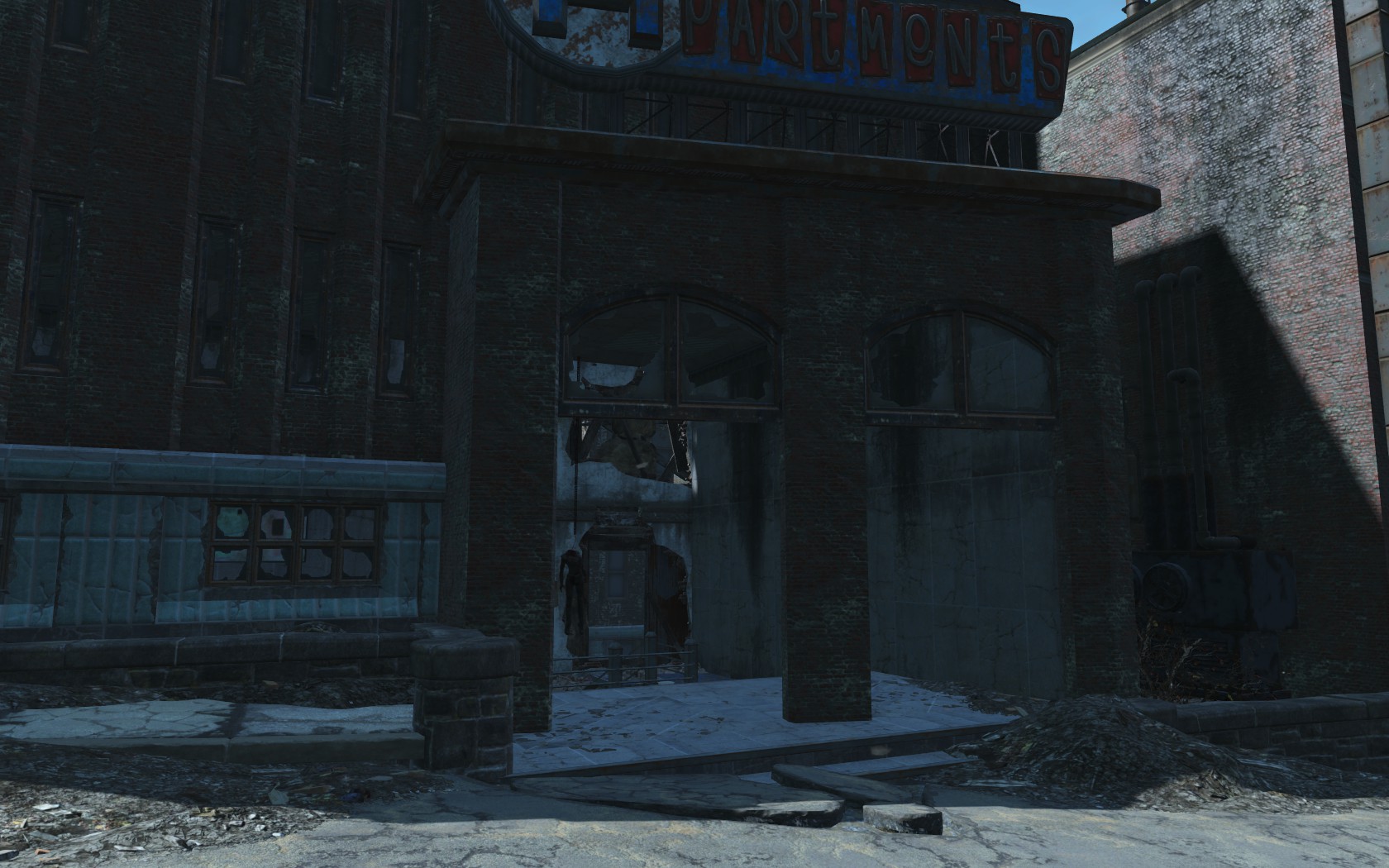