The Vantage is a location in the Savage Divide region of Appalachia in 2102.

The Vantage was a raider camp set up as a vantage point giving a view of the Whitespring grounds and the Ash Heap.

This former raider encampment is now infested with an assortment of Appalachian fauna. It comprises two lookout towers. The top of both lookout towers contain ammunition boxes and duffle bags. The southern tower also has a weapons workbench and a cooking station at its base.

The Vantage appears only in Fallout 76. 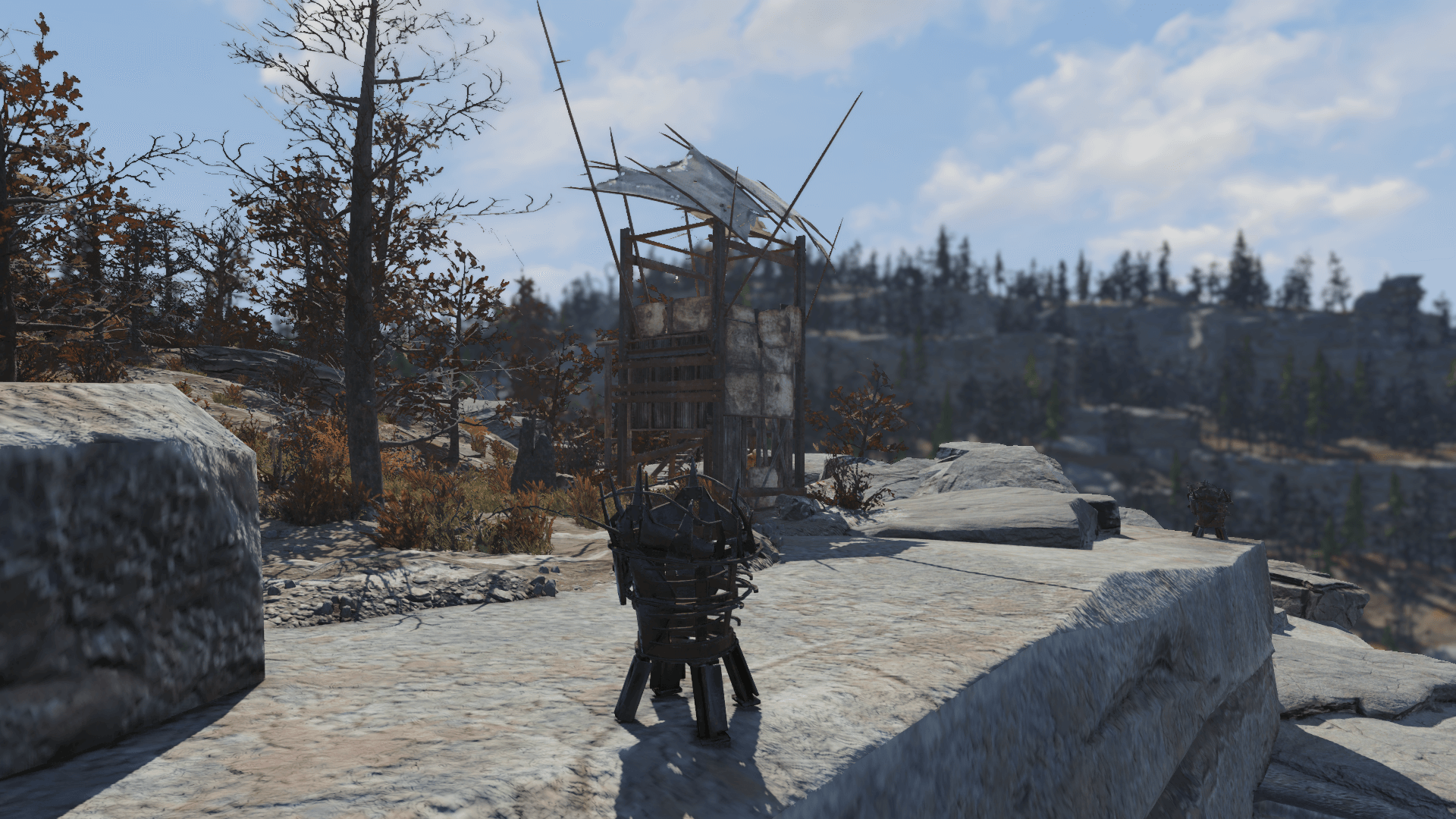