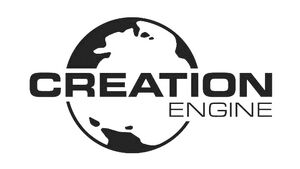 During the development of Fallout: New Vegas, project director Joshua Sawyer at Obsidian Entertainment was aware of Bethesda's experimentation with the Creation Engine, but they did not have the time to work with it for New Vegas.[3]

Features include, but are not limited to:[4]

It had previously been announced that there would be a creation kit released for Fallout 4 some time in April 2016.[7] However, the Fallout 4 version builds on the kit released for The Elder Scrolls V: Skyrim and drops the G.E.C.K. title in favor of Skyrim's designation as simply the Creation Kit. The Fallout 4 Open Beta of the Creation Kit was released on April 26th, 2016 at Bethesda.net. The kit became supported for Xbox One in May 2016. However, even though PlayStation 4 was supposed to receive the modding tool in June 2016, it was postponed. According to Bethesda, Skyrim Special Edition will receive mods first, followed by PS4 support.

The majority of the functionality is unchanged, so modders using the old Construction Sets or G.E.C.K. will find the Creation Kit very familiar. As with every revision to a new game, however, there are a number of substantial changes to various subsystems of the editor to match Skyrim's new personality.[8]