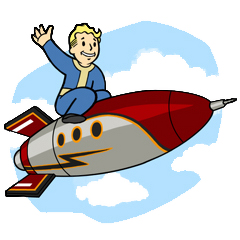 Complete Come Fly With Me
20

“Just head over to the REPCONN test site west of here. See if you can get the ghouls out of there.”— Manny Vargas

Come Fly With Me is a side quest in Fallout: New Vegas.

The ghouls ready for lift off