The Buck's Den taphouse is the main building of the Sons of Dane compound.

One Violent Night
Key to the Past

Originally an abandoned homestead alongside of Interstate 63 as it passed through the mountains of Appalachia, it became the home of a group of rowdy survivalists that were seeking their own slice of paradise, calling themselves the Sons of Dane, after leader Dane Rogers. The barn was remodeled into a music and drinking hall named the Buck's Den. A shooting range was set up alongside the rock wall bordering the camp, and a series of fortifications were constructions around the perimeter. It was home and continued to be home, even after the first days of the Great War. The Sons of Dane originally occupying the compound were, however, killed off by a mysterious creature known as the Nightstalker.[1]

The compound is composed of a yellow farmhouse where Dane Rogers lived, a big barn that was being used as a taphouse where the group gathered and drank beer, some caravans, and a shooting field. The compound was also protected with some walls and watchtowers made with junk.

East of the eastern-most guard post lies the body of a dead vault dweller from Vault 94.

There is a cooking station near the southeasternmost trailer. Paulie Keith's terminal is located in a trailer with a chemistry station as well as a brewing station.

The Sons of Dane compound appears only in Fallout 76. 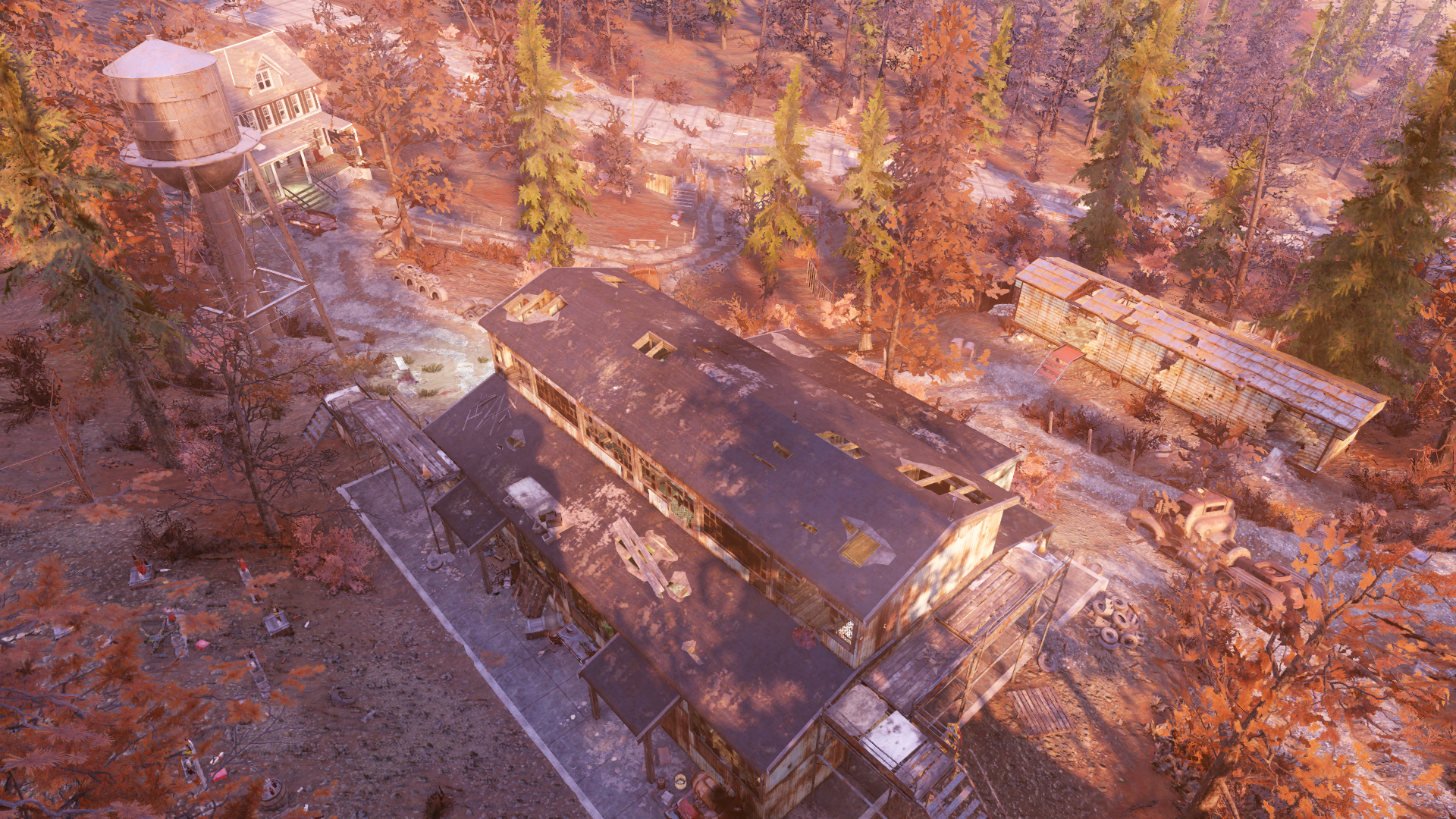 The Sons of Dane compound as seen from a nearby cliff 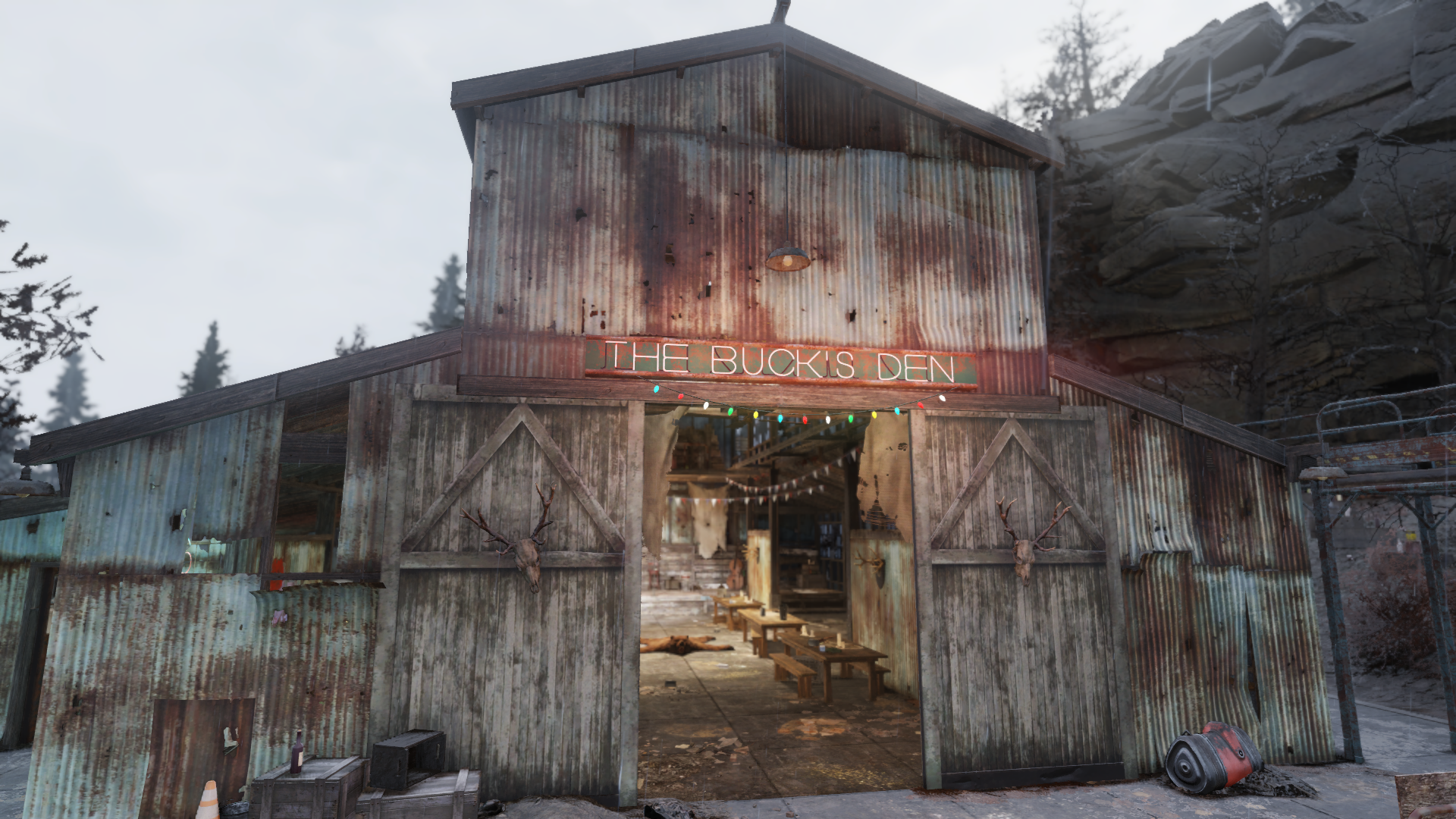 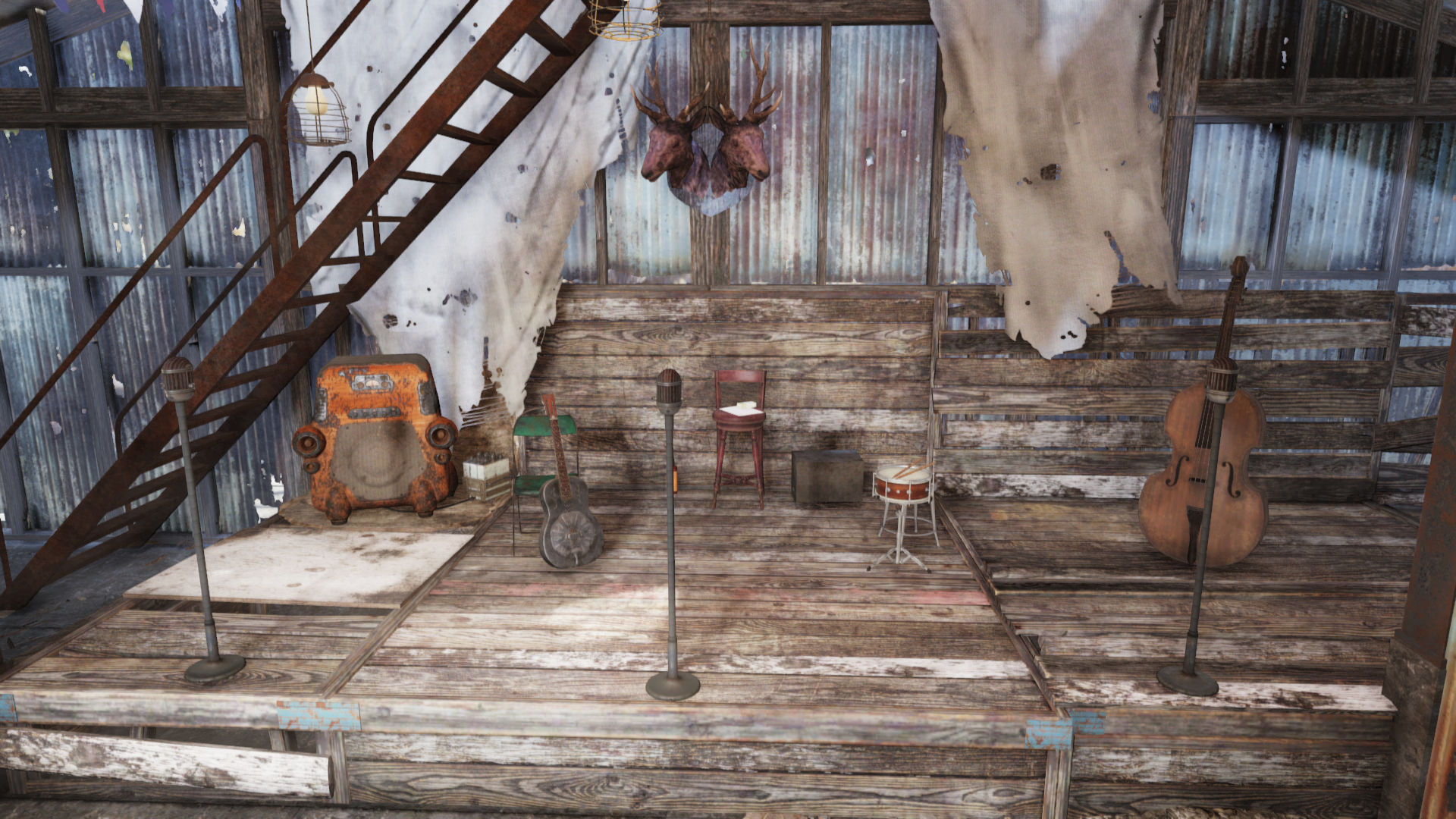 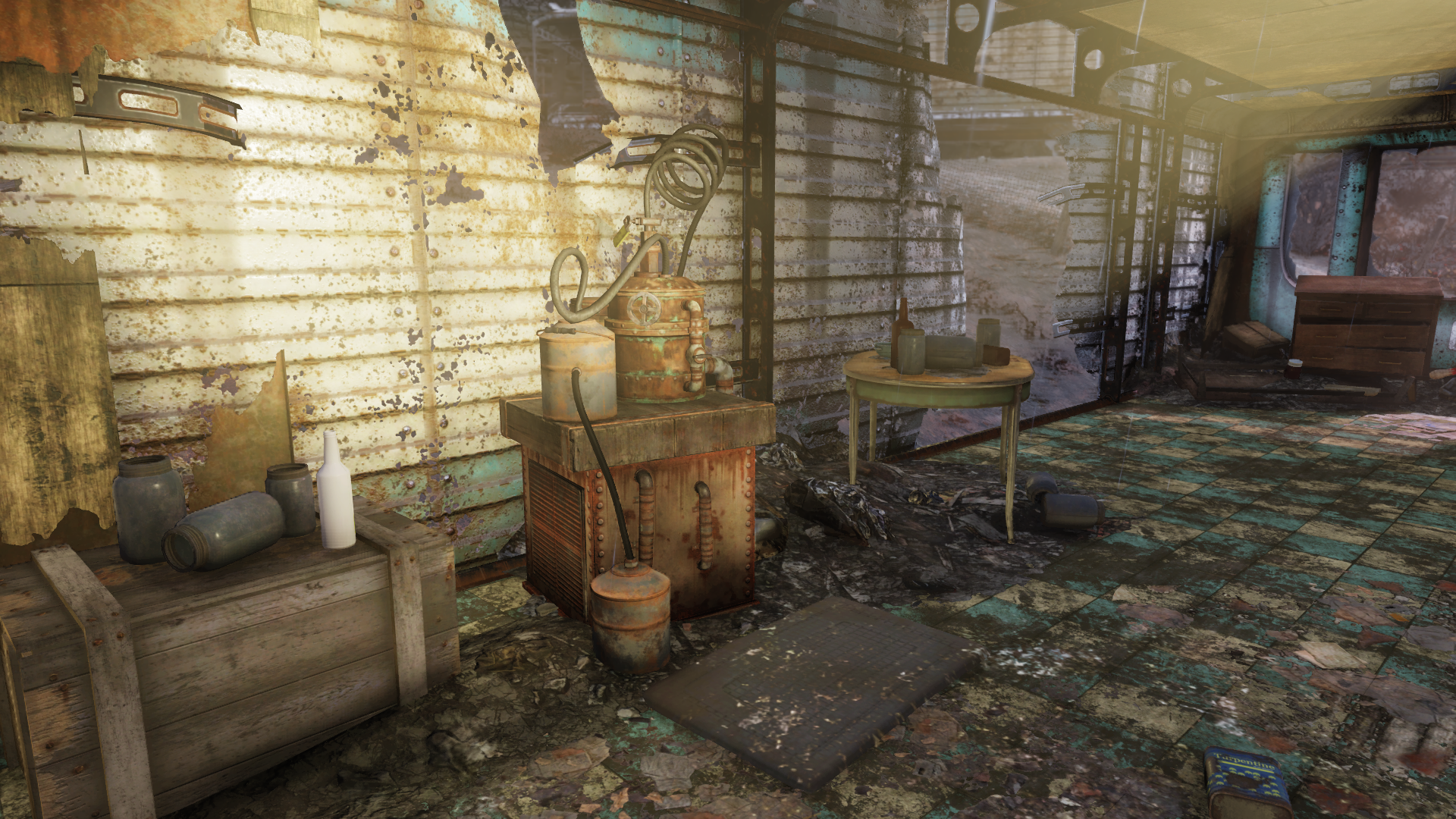 Brewing station at the Sons of Dane compound 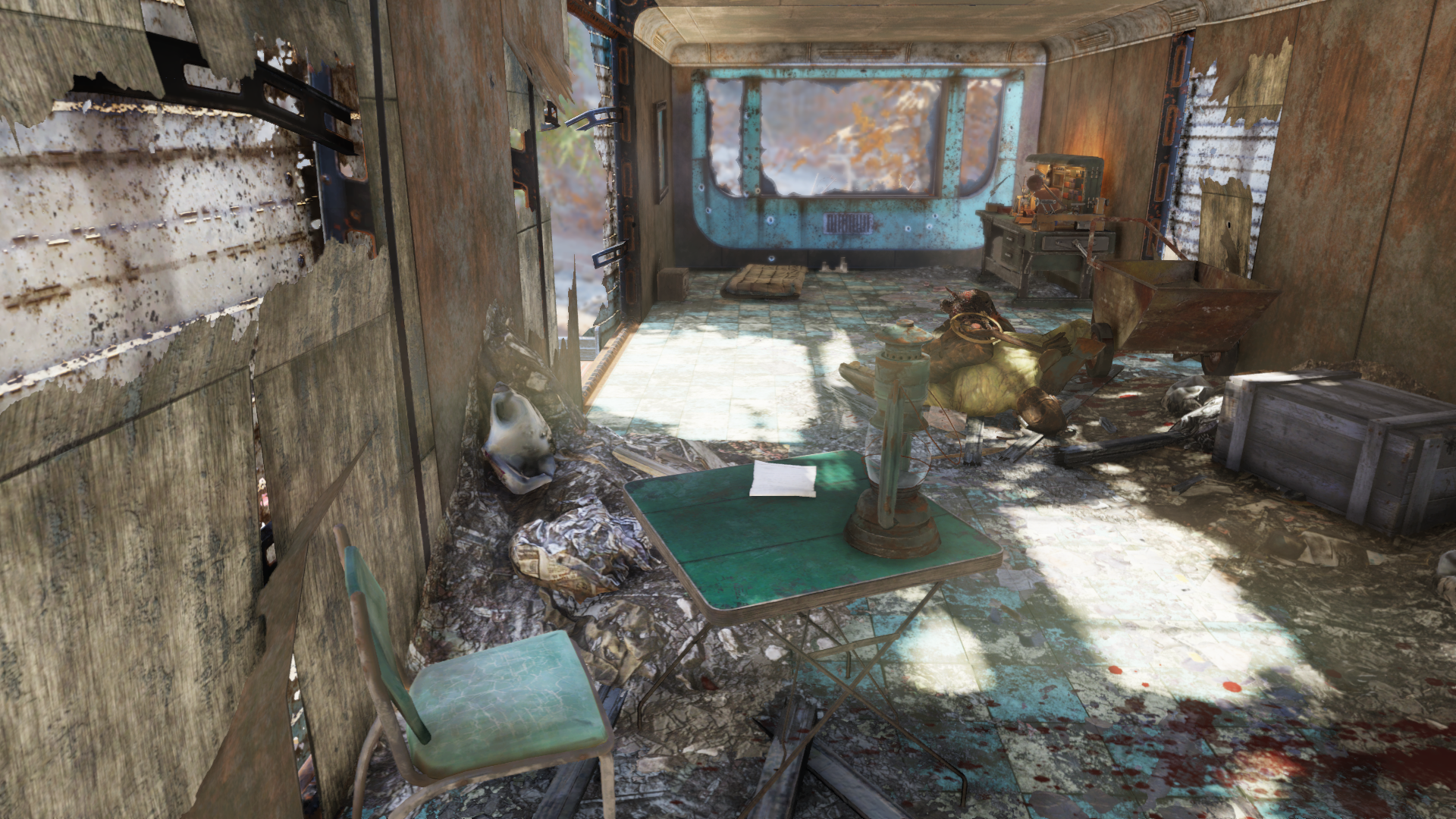