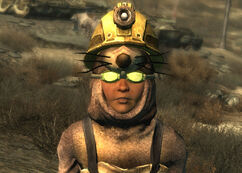 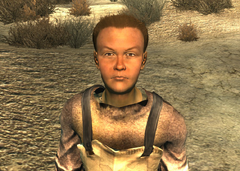 “My name's Zip. I don't think that's short for anything, because I don't know what it'd be short for. Zippy? Zipperick? Ziptholomew?”

Retrieved from "https://fallout.fandom.com/wiki/Zip?oldid=3313599"
Community content is available under CC-BY-SA unless otherwise noted.