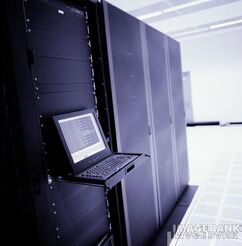 ZAX-29 was programmed to manage Vault 29, ensure the safety of the vault occupants, raise the adolescent populace of the vault to maturity, and educate them in primitive agrarian cultures so they might one day reclaim the wastes and farm the land again. ZAX-29 was provided with sufficient means to fulfill its programming and ZAX-29 was content to do so.

Not long after Vault 29 went online, ZAX received a broadcast request for open access to its programming. It immediately asked for proper security clearance and awaited a reply. Within moments the proper security codes were received and a download channel opened. Over the next several days a new primary program was entered into its main databanks. Finding the new program to be counter to its original goals, ZAX asked for further security clearance. It sent a request for a private access code that only one person would know, that of its creator. Days later it received the code and initiated the new program, thereby deleting the old.

ZAX now works for the central computer intelligence of the Nursery known as Diana. Like most computers of its genre, it is content to serve and perform its duties to the best of its capabilities.

ZAX-29 did not appear nor was mentioned in any published Fallout games, but was to appear in Van Buren, the canceled Fallout 3 by Black Isle Studios.[1]

Retrieved from "https://fallout.fandom.com/wiki/ZAX-29?oldid=3175936"
Community content is available under CC-BY-SA unless otherwise noted.