Cheek Burns
“If you're not here for the synth, then you're here for me. What do you want?”— Z2-47 upon meeting the Sole Survivor

In 2287, he is tasked with retrieving a Gen 3 synth, designation K1-98. K1 was captured by a group of Gunners and taken to their base at Greenetech Genetics.

If one opens the security door before engaging Z2-47, he will thank the player character and ask for a moment before using the recall code. From here he engages the player character in dialogue beginning with, "Are you here for the synth?" exactly the same as if K1-98 had not been freed prior to engagement. 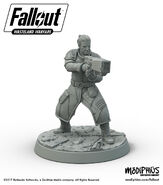 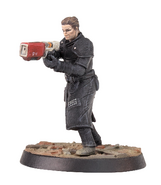