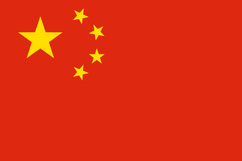 “China cries foul as news of the success circulates around the globe. According to President Xin of China, their drilling platform project was scheduled for completion months before the US project, however the Chinese platform had a string of unfortunate accidents delaying their project significantly. President Xin is also quoted in saying that he has definitive proof that the US was behind the sabotage of their oil platform and formally requests that an international panel be appointed to investigate.”— Sierra Depot GNN transcript

Xin was the president of China in 2073, according to the Sierra Depot GNN transcript.[1]

The presence of Chairman Cheng in future games,[2] combined with the GNN transcript's status as a generally unreliable source,[3] makes Xin's status unclear.

Xin is mentioned only in Fallout 2.

In the Traditional Chinese version of Fallout 2, he is called "江主席" (Chairman Jiang), which is a reference to Jiang Zemin, the General Secretary of the Chinese communist party and National Chairman of the People's Republic of China when Fallout 2 was released in 1998. However, he is never mentioned in the mainland Chinese version for political reasons (the modern day Chinese government does not allow demonizing of Chinese state leaders in cultural products).

Retrieved from "https://fallout.fandom.com/wiki/Xin?oldid=3265331"
Community content is available under CC-BY-SA unless otherwise noted.