“The infiltration program in X-13 felt spent, having repeatedly upgraded the Stealth Suit until it could upgrade it no more. It felt warm, fulfilled, and a bit sluggish. It realized not long after, the Stealth Suit had left it without so much as a note on the nightstand.”— Old World Blues ending slide

The X-13 research facility is a location on the westernmost border of the Big MT.

The ceiling of the battle brew room hides a Stealth Boy, but the sonic emitter may not disable the stealth field. [verified] 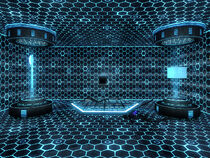 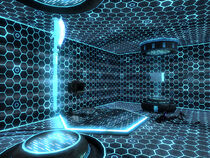 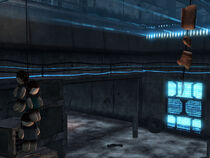 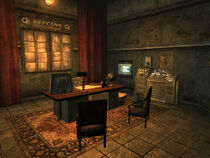 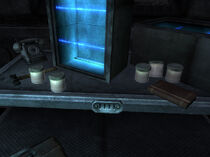 The X-8 kennel key, in the suitcase on the right.
Add an image to this gallery
Retrieved from "https://fallout.fandom.com/wiki/X-13_research_facility?oldid=2276675"
Community content is available under CC-BY-SA unless otherwise noted.