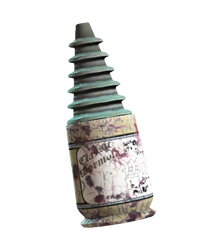 A tube of clear, liquid acrylic adhesive used before the war to fix broken plastics and ceramics, and in the assembly of a great assortment of items. On the front of the bottle the label reads; "Wonderglue" and "Classic Formula". Both written in a Canterbury font.

Wonderglue, along with duct tape, is one of the main sources of adhesive. Adhesive is a rather rare and much sought-after element since it's used in most of weapon and armor mods. The most widespread form of wonderglue is the single tube, but sometimes one can find economy or sealed variants, which provide even more adhesive.

(Sealed) wonderglue can be broken down into its base components for use in crafting.

Found in locations that have not been damaged by radiation, such as non-compromised vaults. 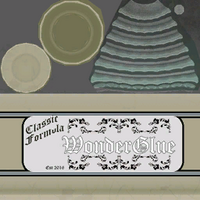 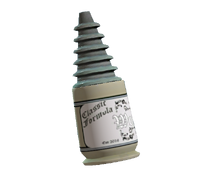 Economy wonderglue
Add an image to this gallery
Retrieved from "https://fallout.fandom.com/wiki/Wonderglue_(Fallout_4)?oldid=3166031"
Community content is available under CC-BY-SA unless otherwise noted.