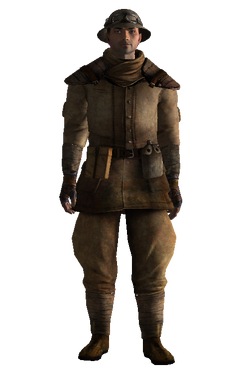 “Yo I'm Willis. Trooper Willis to you, punk.”

A named NCR trooper with some partially complete dialogue lines linked to the cut quest Jailhouse Rock. There are also two unnamed NCR troopers and an NCR MP named Les Fretwell with the same purpose.

Willis was added during the development stages of Fallout: New Vegas, but was cut from the final retail release of the game.

Retrieved from "https://fallout.fandom.com/wiki/Willis?oldid=3242553"
Community content is available under CC-BY-SA unless otherwise noted.