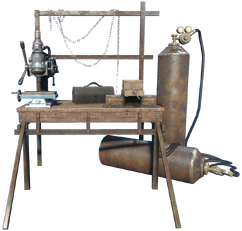 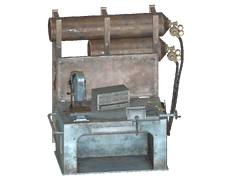 The weapons workbench is a crafting station in Fallout 4.

Weapons workbenches can be found all over the Commonwealth, including one outside a house nearby the workshop in Sanctuary Hills, along with an armor workbench and a power armor station. The Sole Survivor can use the workshop to attach and detach weapon mods. The name of weapons can change depending on which mods are added to them. When applying a weapon mod, the player can rename the weapon, as long as it is not a unique weapon (legendary weapons with special names). Specific perks are required in order to create most mods; Gun Nut is used for ballistic gun mods, Blacksmith for melee weapon mods, and Science! for energy weapon mods. Some mods even require two different perks.

There are multiple weapons workbenches with different appearances throughout the game; however, they all function identically. 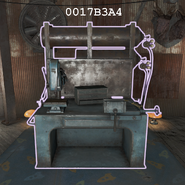 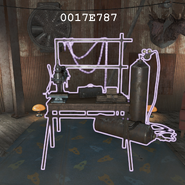 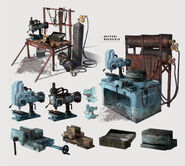 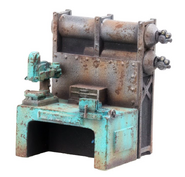 Fallout: Wasteland Warfare model
Add a photo to this gallery
Retrieved from "https://fallout.fandom.com/wiki/Weapons_workbench_(Fallout_4)?oldid=3337445"
Community content is available under CC-BY-SA unless otherwise noted.