Cold Case
Bureau of Tourism
The Order of the Tadpole

Wavy Willard's Water Park is a location in the Toxic Valley region of Appalachia.

Wavy Willard's Water Park was a popular theme park before the Great War. Located in northern Appalachia, it is nestled between a mountain range and lake, surrounded by trees. Several attractions were featured inside the park, including the newly-added Crocolossus Mountain ride.[1] The Splish Splash section of the park was utilized for birthday parties, which included the staff gathering to sing "Happy Birthday" to the honored guest.[2] Discounts of 80 dollars were offered on admission by presenting an empty bottle of Nuka-Cola.[3]

Employees were offered housing at the nearby Willard Corporate Housing mobile park, and required to abide by rules such as arriving and leaving within one hour of their shift start and end times.[4] Staff were offered discounted admission fees to the water park.[4] Employees were expected to be accurate and mindful when engaging in cash handling, with any losses due to accepting counterfeit currency deducted from their wages.[5]

The park utilized a security force, including a security supervisor who assisted in checking in employees who worked overtime reviewing surveillance holotapes.[6] The security force worked alongside management and the Grafton police for more serious criminal activity, such as break-ins and kidnapping.[7][8]

The park was open through the summer, extending hours into October if weather permitted from noon to 4:00 PM Monday through Friday and 10:00 AM to 4:00 PM on Saturday and Sunday.[9] The park shut down for maintenance during the winter months.[9]

From the entrance turnstyles, there are two colorful pathways on the ground. The green footprints lead to the left towards the Crocolossus and the multicolor snake print to the right leads to the Ssslither Slide.

Three of the park's rides (Crocolossus Mountain, Ssslither Slide and Wavy Waves) are required to be photographed to complete the Tadpole: Swimmer world challenge for the Pioneer Scouts.

Wavy Willard's Water Park is based on the real-life public swimming pool, Clarksburg Splash Zone. Clarksburg is within walking distance to the south both in-game and in real life.

Waiting for their turn

Top of Slither Slide; KidSecure ID in the crate

It's a dirty job

Letter to the media, in the mailbox 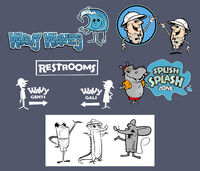 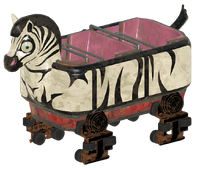 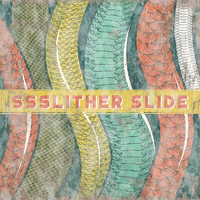