Wastelander is a catch-all term for anyone living in the wasteland who is not affiliated with any other groups. They make a subsistence living off the land, trade with local settlements, and try not to be ravaged by the abundant (and usually hostile) wildlife, or bands of roaming raider gangs or slavers. Most are not aggressive but will defend themselves if attacked.

All generic wastelanders and most involved in random encounters will wander aimlessly in their general area, but some may disappear after a while.

Wastelanders not involved in random encounters can be found in fixed locations such as:

Although a majority of wastelanders offer little dialogue or are encountered dead by the player character, there are a number of wastelanders in random encounters that offer some unique interactions. The following is a list of these wastelanders. 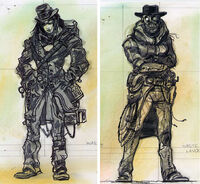 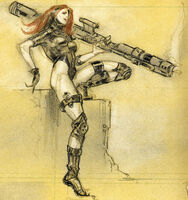