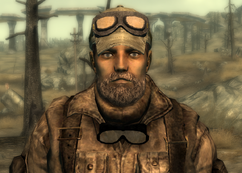 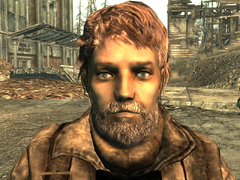 Merchant without his hat

“I saw life! Life is returning to the Wastes! The Great One brings it to all of us!”

The merchant appears high on some sort of drug, rambling about the wasteland being alive. He dies as the Lone Wanderer tries to make sense out of him. The wasteland merchant note, which can be taken from his corpse explains that he was offered a drink from the strange residents of some "green mountain."

The wasteland merchant appears only in Fallout 3. 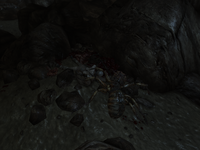 Dead wasteland merchant with giant ant in the deathclaw sanctuary
Add an image to this gallery
Retrieved from "https://fallout.fandom.com/wiki/Wasteland_merchant_(character)?oldid=3129811"
Community content is available under CC-BY-SA unless otherwise noted.