00-FALLOUT4DLC00001 PlayStation Network
“With the Wasteland Workshop, design and set cages to capture live creatures – from raiders to Deathclaws! Tame them or have them face off in battle, even against your fellow settlers. The Wasteland Workshop also includes a suite of new design options for your settlements like nixie tube lighting, letter kits, taxidermy and more!”— Official description

Concrete roofs and floors will not register as solid objects, during rain storms the texture will show wet floors and objects inside of concrete built house. This will diminish happiness for settlers, being the same as having their beds out facing the elements.[verified] 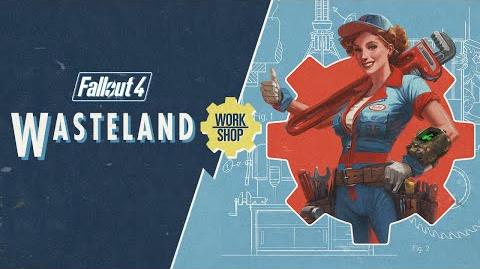