Fallout 3
“They've holed up in the nearby metro tunnels. They're living with packs of feral ghouls. They've barred the main entrance. Go through the train yard.”— Gustavo

The front gate to Warrington station is locked. The key can be obtained by killing Roy Phillips, or by entering the Warrington tunnels via the Warrington trainyard west of Tenpenny Tower. The trainyard is slightly irradiated and guarded by a variety of feral ghouls.

Warrington Station appears only in Fallout 3.

Big Book of Science on desk 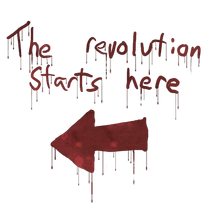