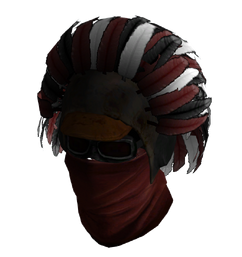 The Veteran decanus helmet is a piece of headwear in Fallout: New Vegas.

Though it is Legion headgear, it is not considered faction armor.