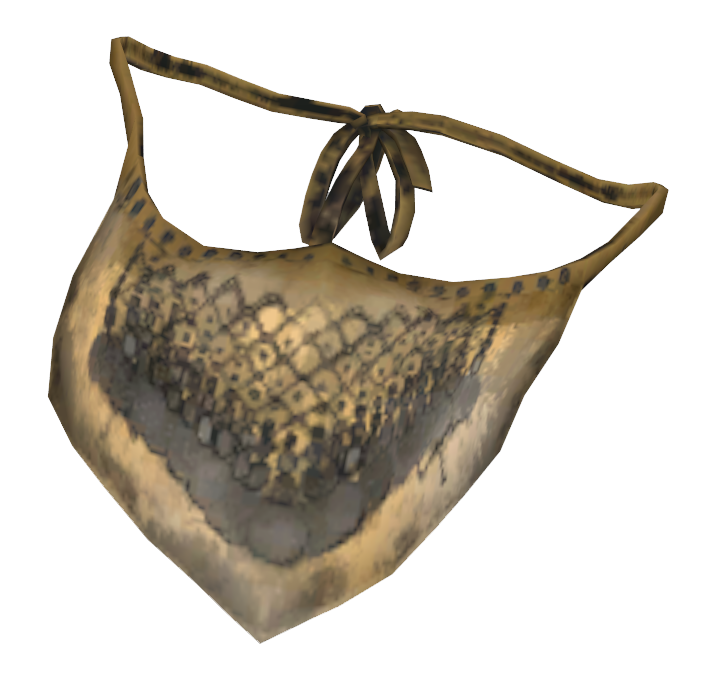 Protects against airborne diseases and damage

The Veil of Secrets is a piece of unique headwear in Fallout 76.

The Veil of Secrets is the mask of the fictional hero, the Mistress of Mystery. The Order of Mysteries recreated the masks as part of their uniform, however those worn by members of the Order have deteriorated into worn veils. These can be repaired by using the fabricator at their hideout under Riverside Manor.

Wearing either the Veil of Secrets or a worn veil allows the player character to unlock the laser grid security and enter into the basement hideout of Riverside Manor.

Unlike other mask used for filtering air, the Veil of Secrets does not have a -2 penalty to Perception when worn.

Veil of Secrets being worn
Add an image to this gallery
Retrieved from "https://fallout.fandom.com/wiki/Veil_of_Secrets?oldid=3130726"
Community content is available under CC-BY-SA unless otherwise noted.