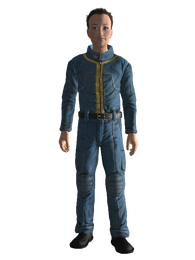 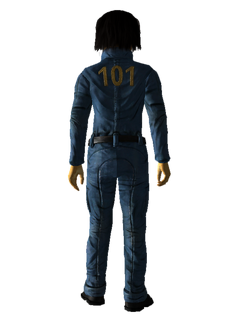 The Vault 101 child's jumpsuit is a piece of clothing in Fallout 3, a children's version of the Vault 101 jumpsuit with increased weight and lacking bonuses.

It is the standard attire for all children in Vault 101 and presumably all youth participants in the vault experiment. The Lone Wanderer is equipped with this suit during their childhood in the vault.

The jumpsuit is only accessible as a child unless certain console commands are used.