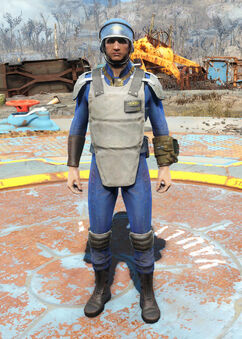 The armor consists of a bulletproof vest and shoulder pads,[Non-canon 1] and can be worn over various clothing parts including, but not limited to: Vault jumpsuits, various fatigues and harnesses.

The Vault-Tec security helmet is a separate component of this set. Just like the armor pieces and Vault jumpsuits, this helmet has a dirty and a clean variant.

When worn the armor and helmet provides 6 and 5 points respectively, to Damage Resistance. 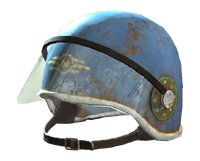 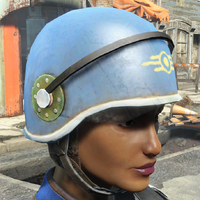 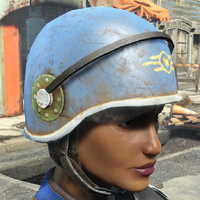 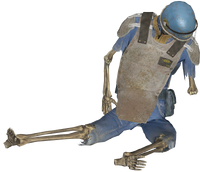 Worn security armor on a skeleton